Adina and Ricky are getting married and have asked me to be with them on their wedding day to document the festivities. And as I do with all my couples, we met up for an engagement shoot. It’s a great opportunity for me to learn more about the future bride and groom and I was happy that Ricky and Adina were open to sharing one of their shared interests: hockey! Ricky coaches hockey, so they both spend a lot of time on the ice. That’s where we began the shoot! Adina and Ricky laced up and hit the rink. 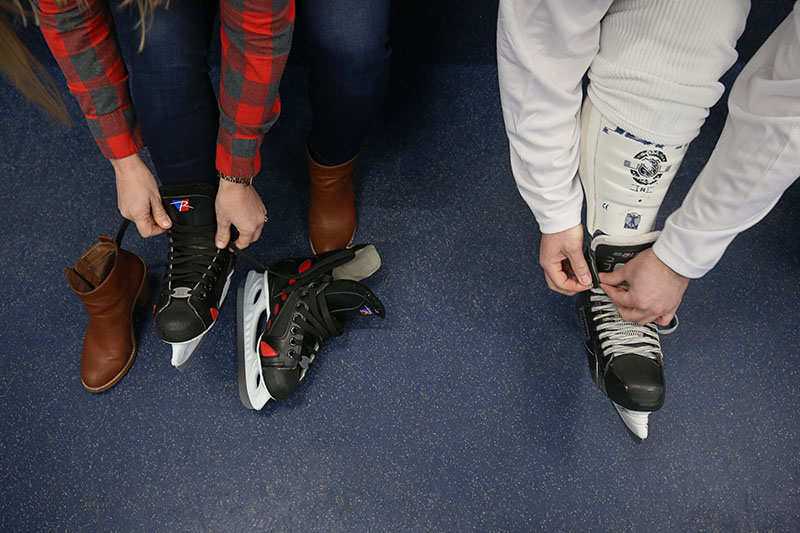 When Ricky and Adina said they wanted to ‘hit the ice’, I don’t think this is what they had in mind. 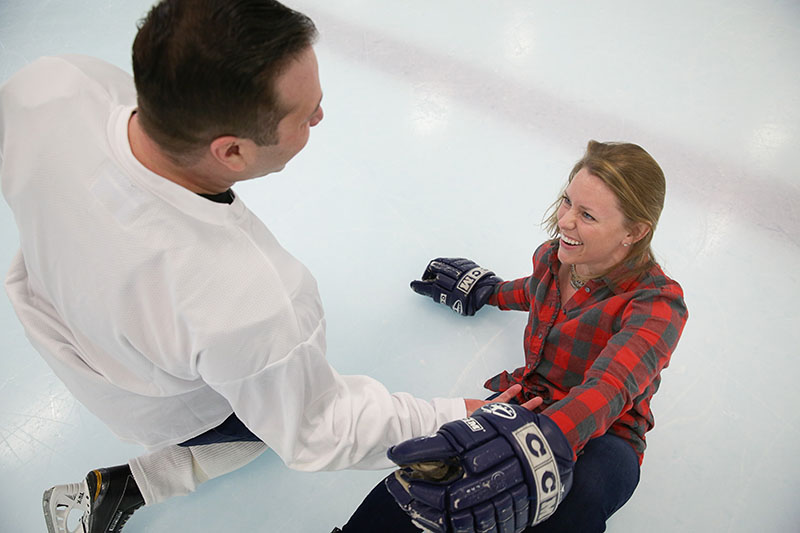 It’s not hockey without a little trash-talking, right? 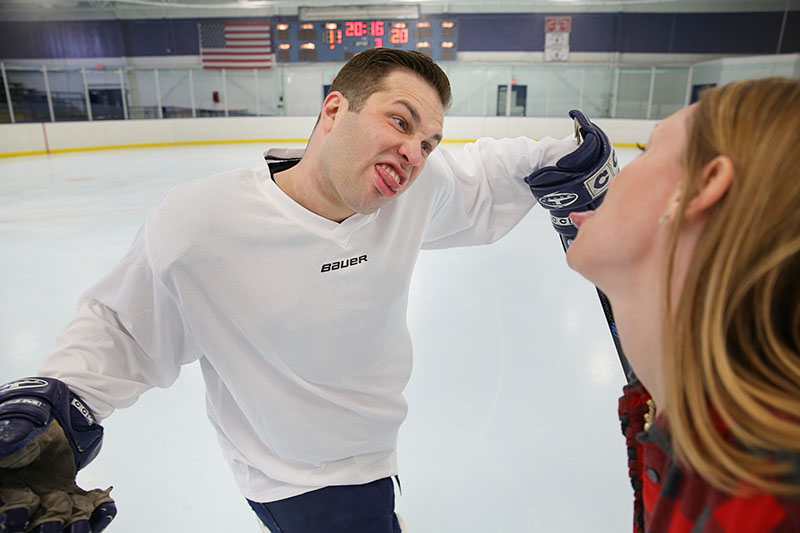 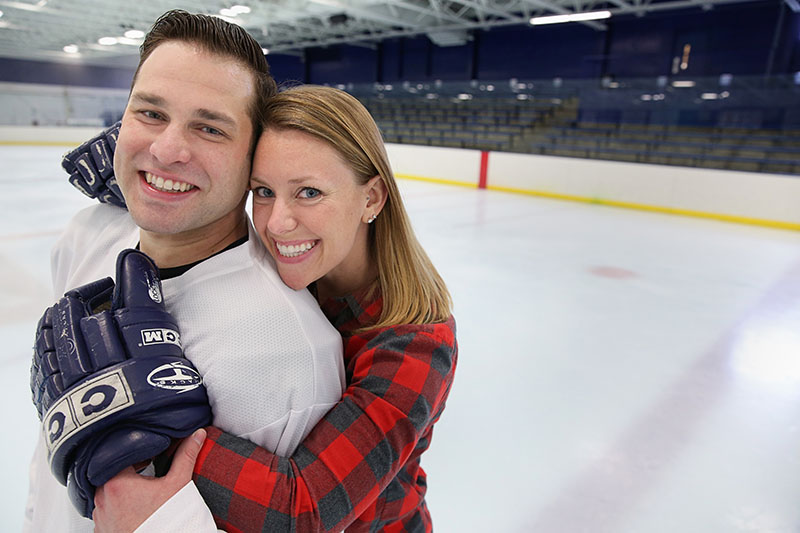 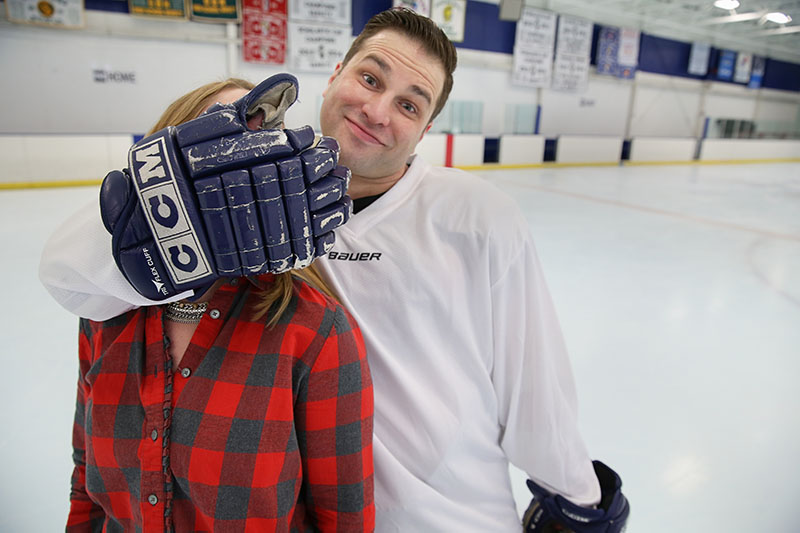 After some goofing around, Adina and Ricky began to show off their skating skills. They were literally skating circles around each other! 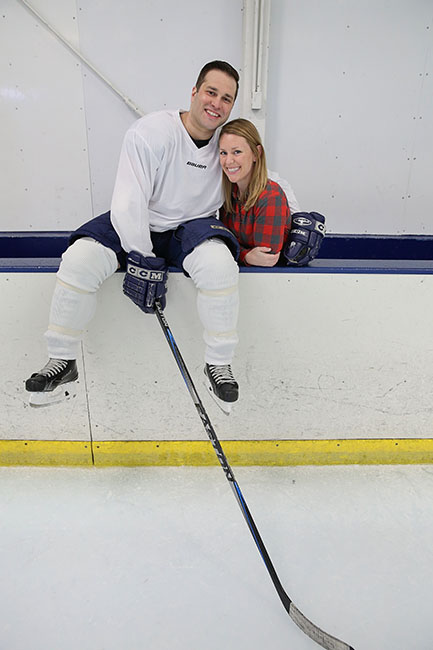 Ice time was over and it was time to change up for the next round of the session. 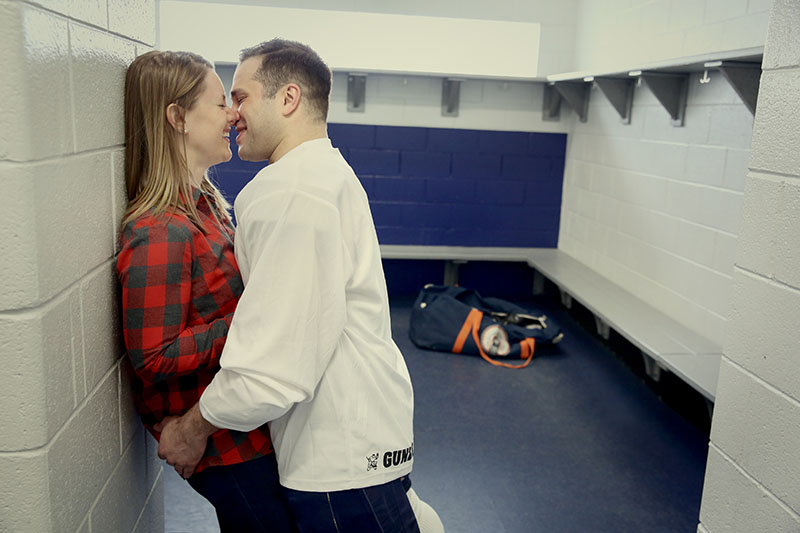 We headed to the nearby Chicago Botanic Garden, walking around the grounds and staging portraits. It was a beautiful day, too, outside of some gusty winds. A fantastic day to be in the park! 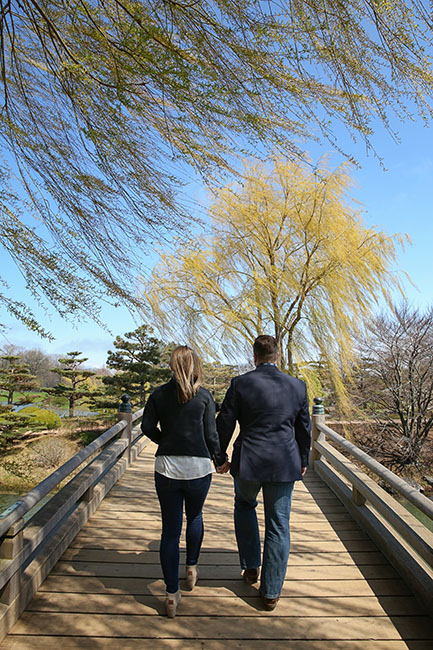 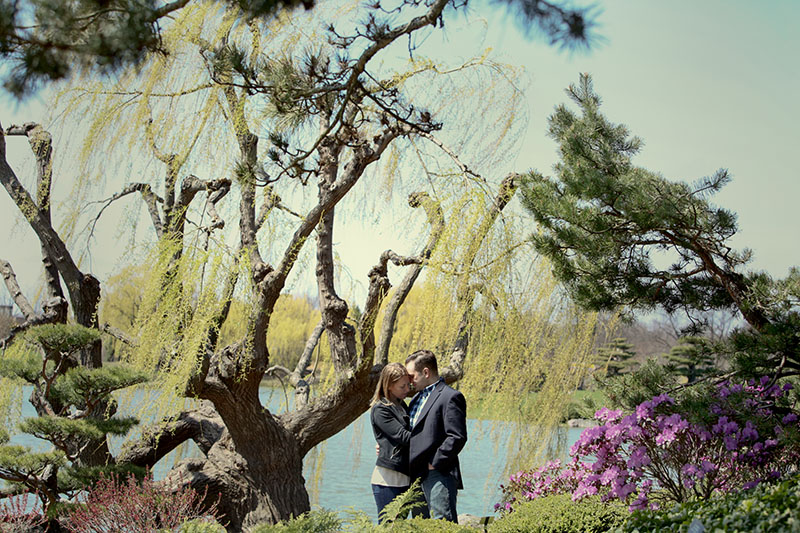 Ricky didn’t hesitate for a second to climb up into the big tree. Adina, much like myself, chose to keep both feet firmly planted on the ground. 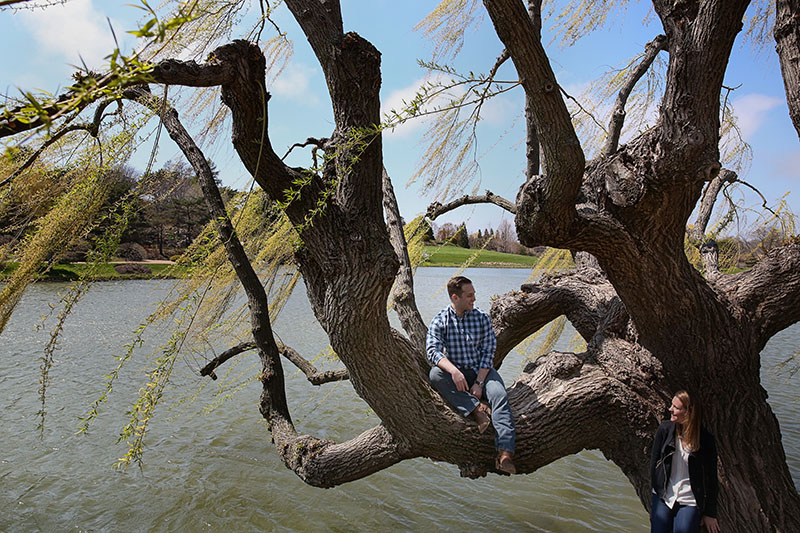 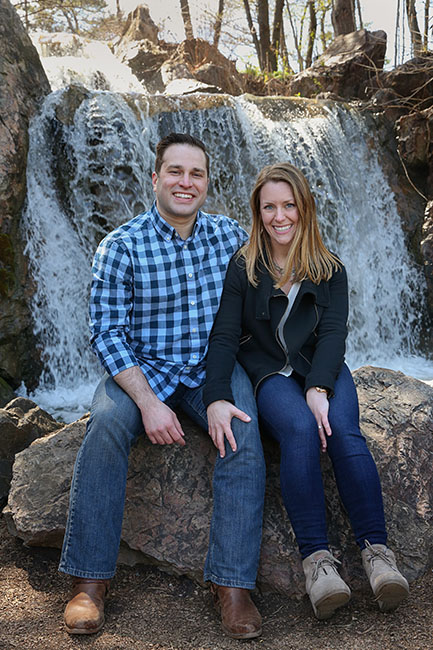 The English Walled Garden offered a nice contrast from the lush floral backgrounds. 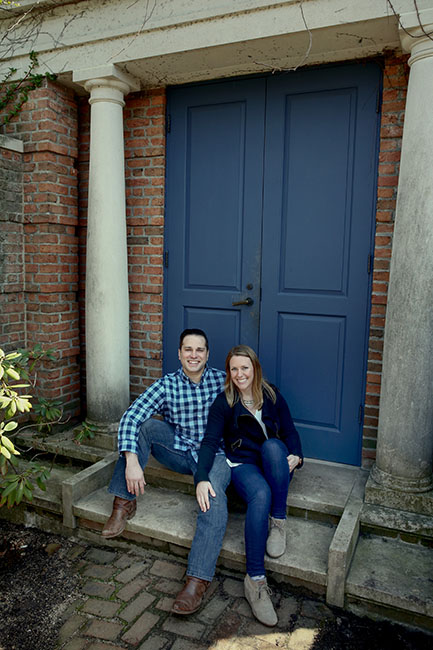 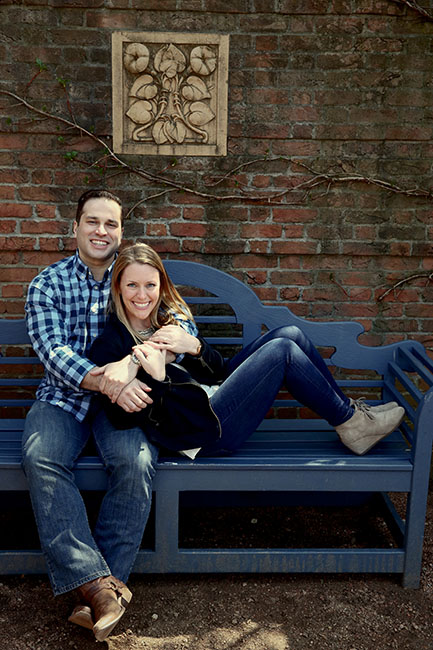 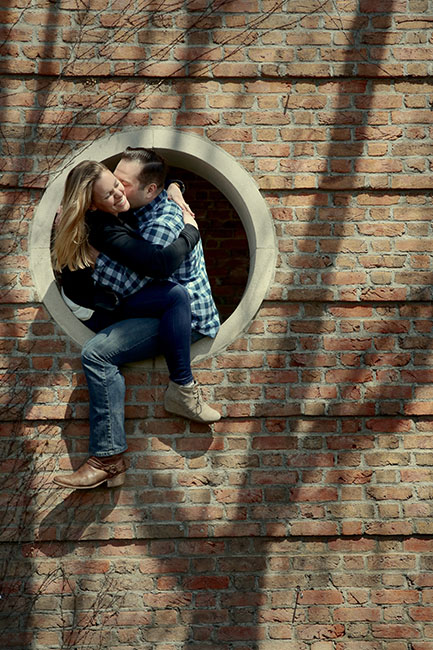 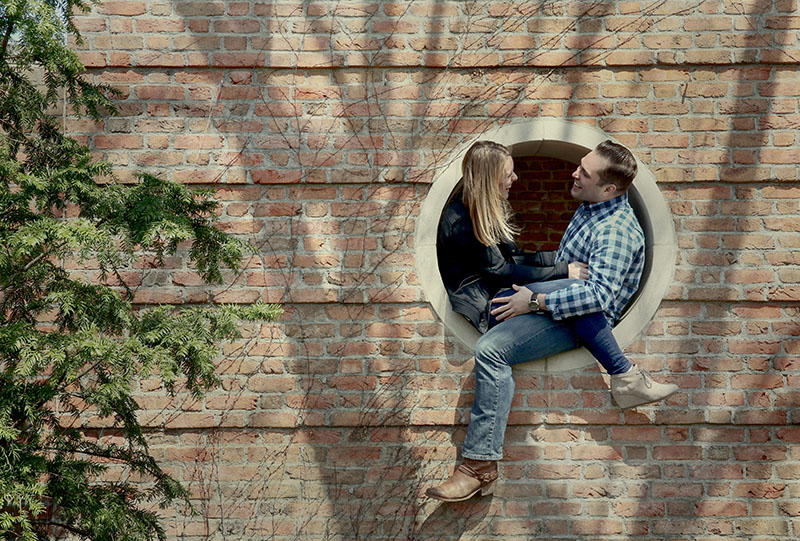 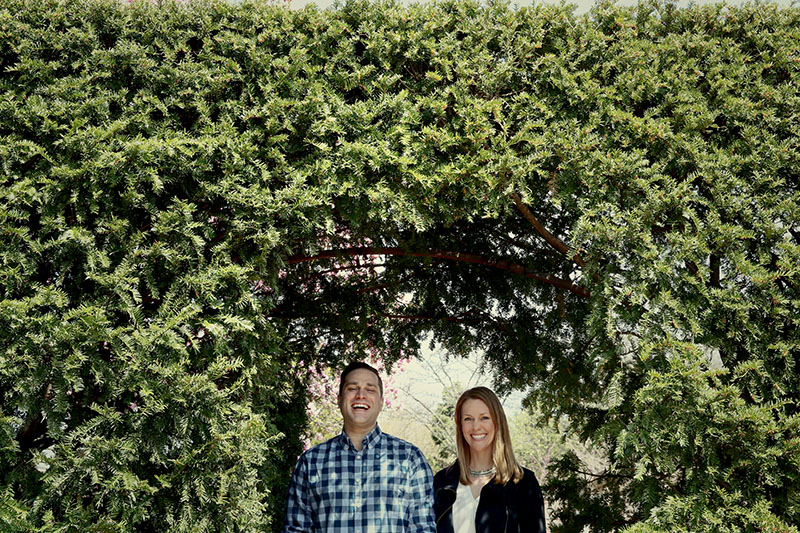 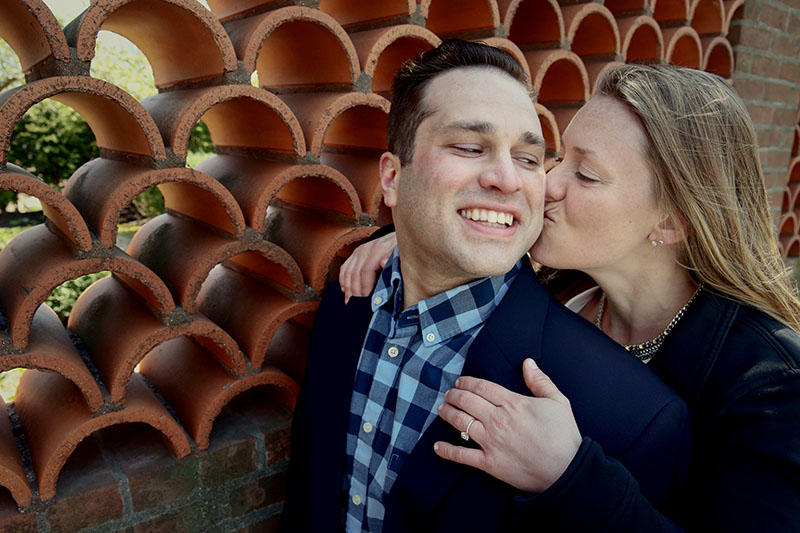 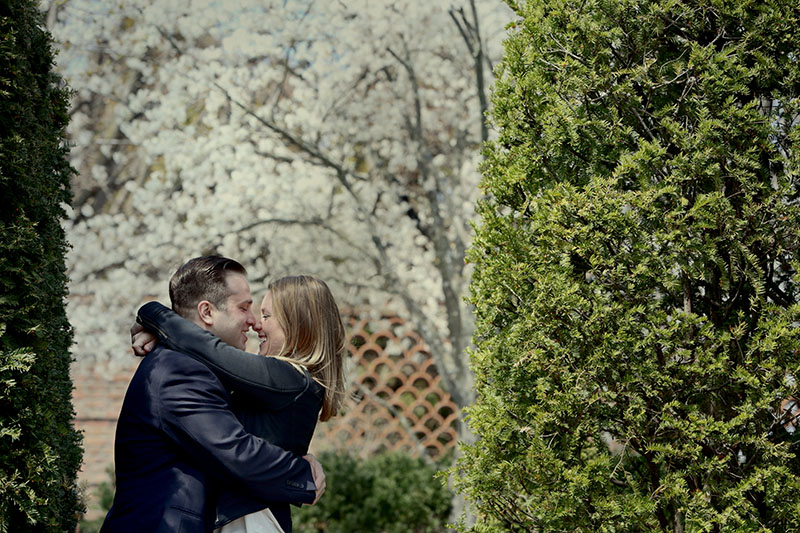 I think this might be one of my favorite pictures from the day. These two were constantly joking with each other and having fun. Their smiling, happy faces are reflective of their overall relationship! 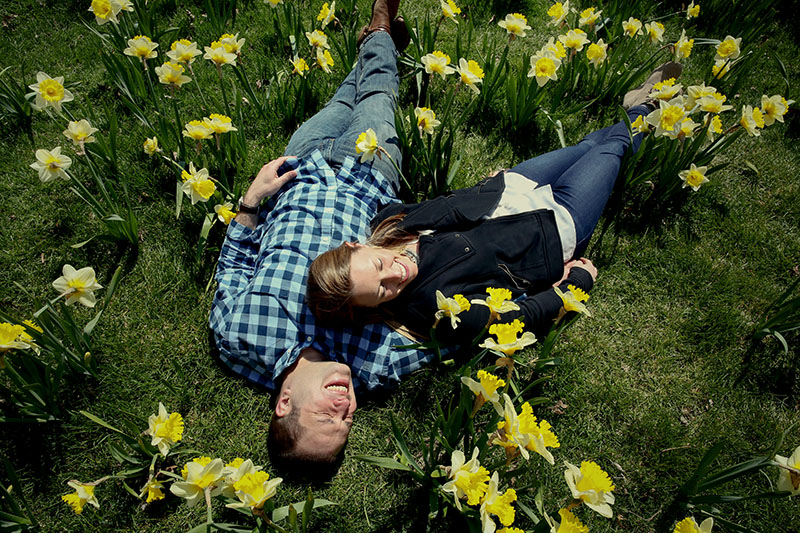 What a great day! I’m excited to see you both again for this fall for your wedding, Ricky and Adina. Until then, keep having fun! 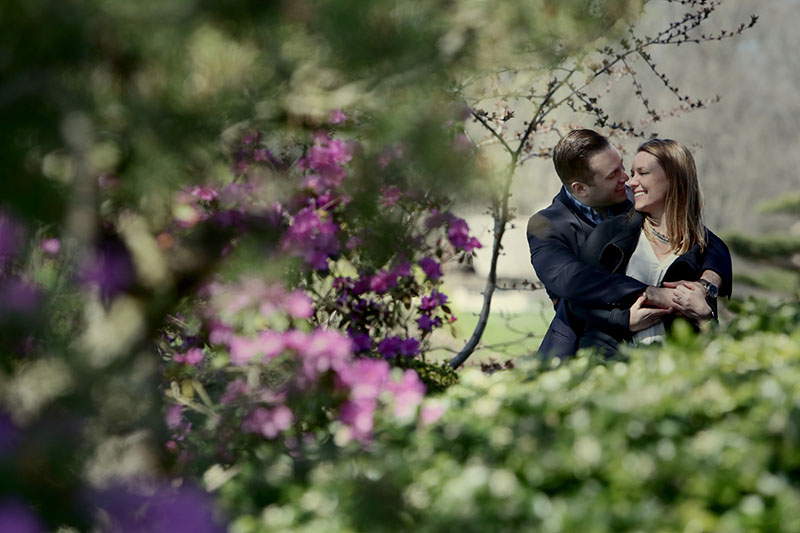