Ashley and Paul, who will be getting married soon, just moved to Brooklyn. They gave me a call to take some engagement photos in their old neighborhood to remember where they met. We began on the steps of their old place in Bucktown. 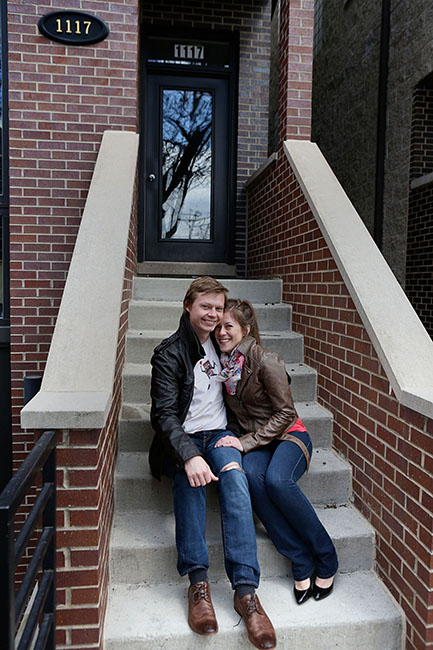 After a few minutes on the stoop, we headed down Division Street to shoot at some of their favorite Chicago haunts, like Bangers & Lace. 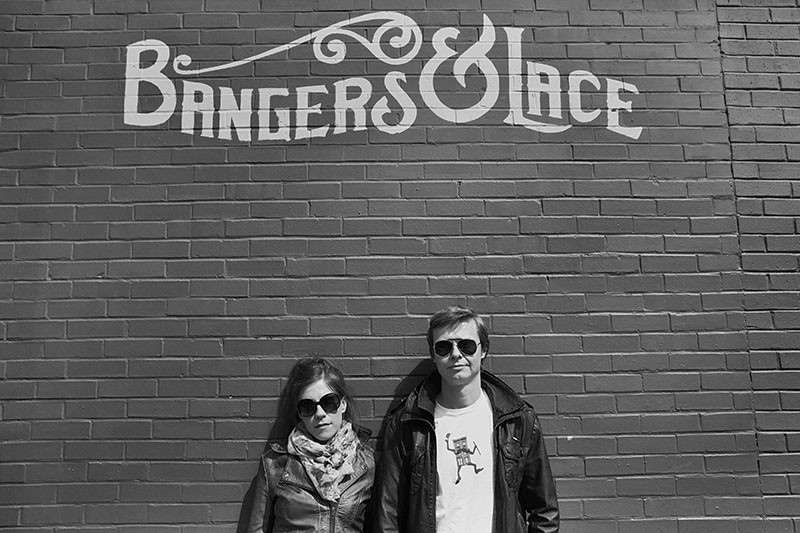 A quick pose in front of Phyllis’ Musical Inn… 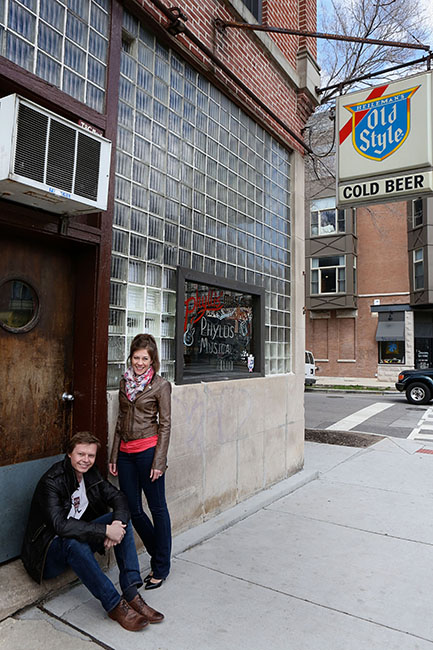 …and then a beer at Smoke Daddy. 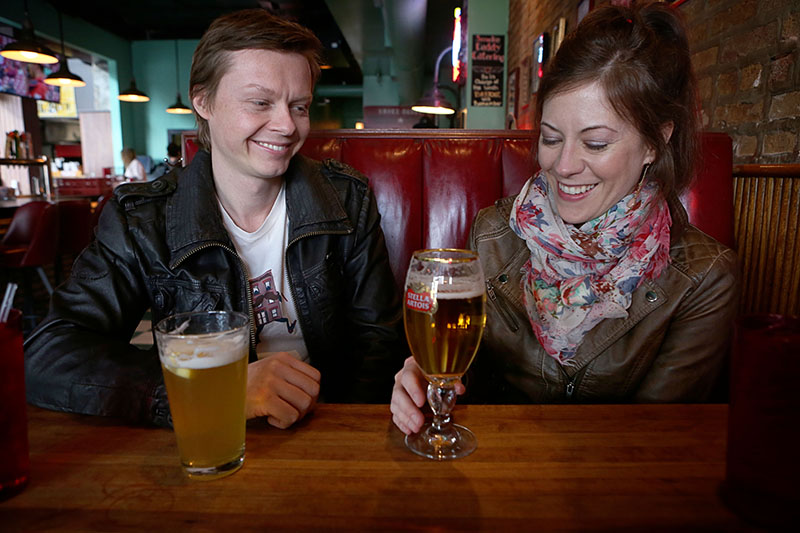 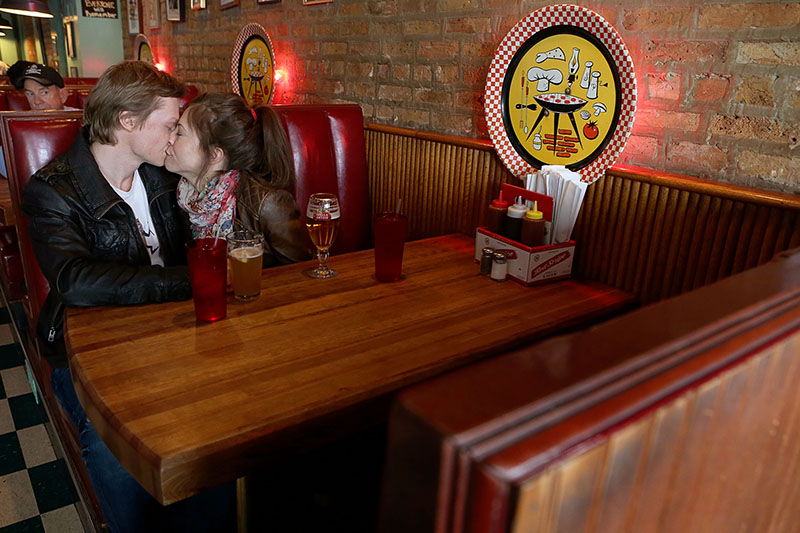 One of Ashley and Paul’s favorite things to do was watch the dogs play in Wicker Park. Paul gave his fiancee a lift as we strolled past. 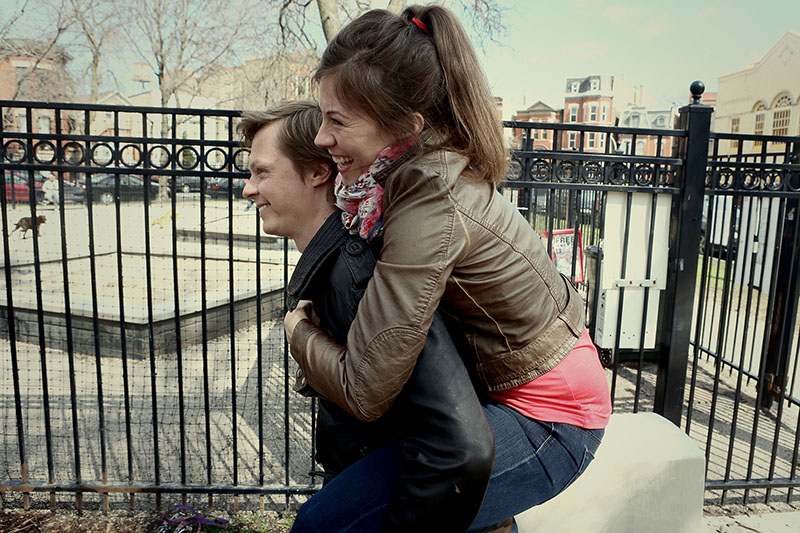 Ashley and Paul will be getting married in Mexico, so we thought it appropriate to stop and have a quick taco break. 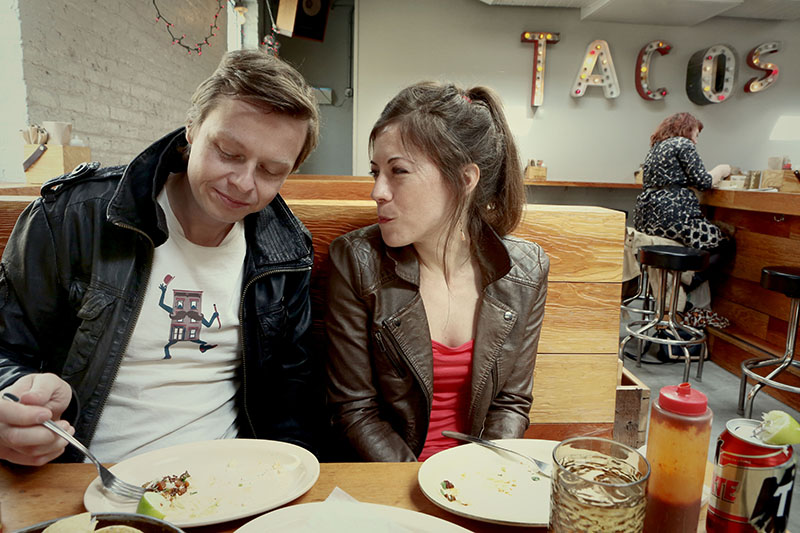 Not to mention a cerveza. 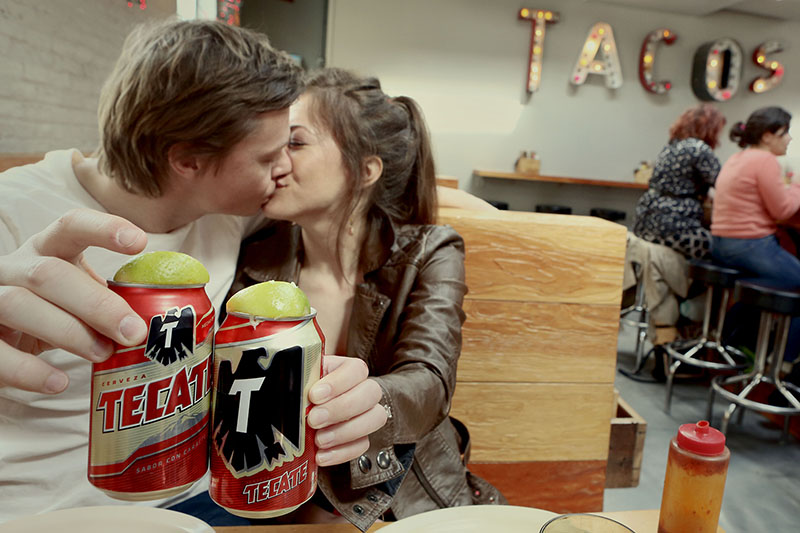 Next stop was Humboldt Park and a walk around the lake. 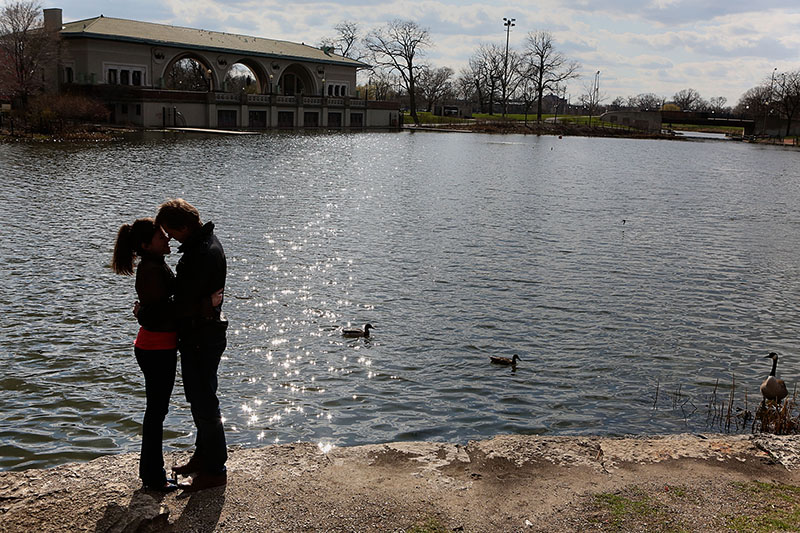 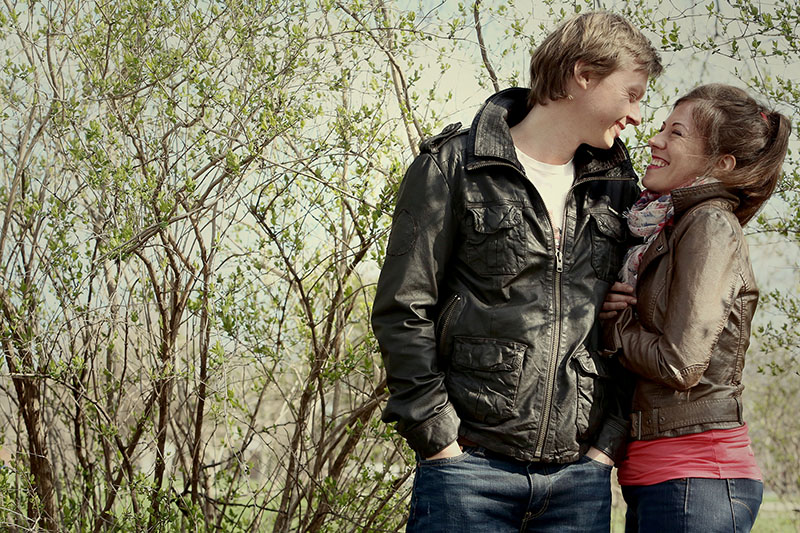 There was a lot of huggin’ and kissin’ going on. 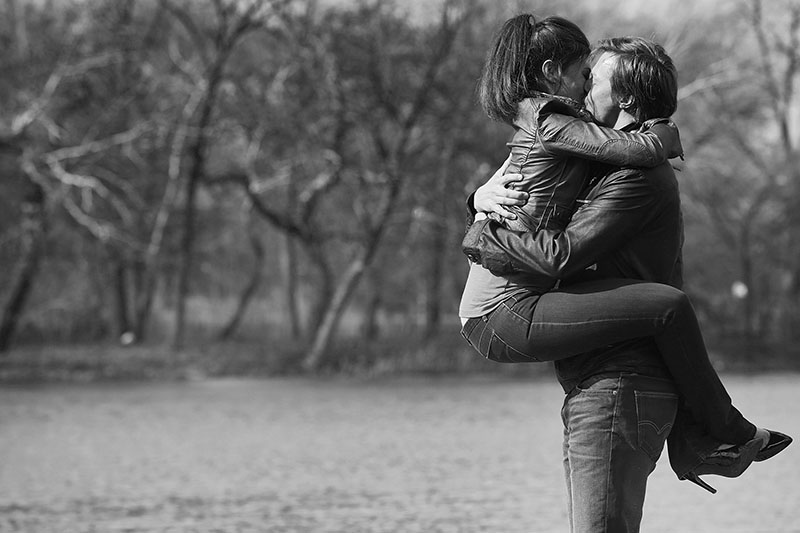 Look at that big smile. Such a happy couple. 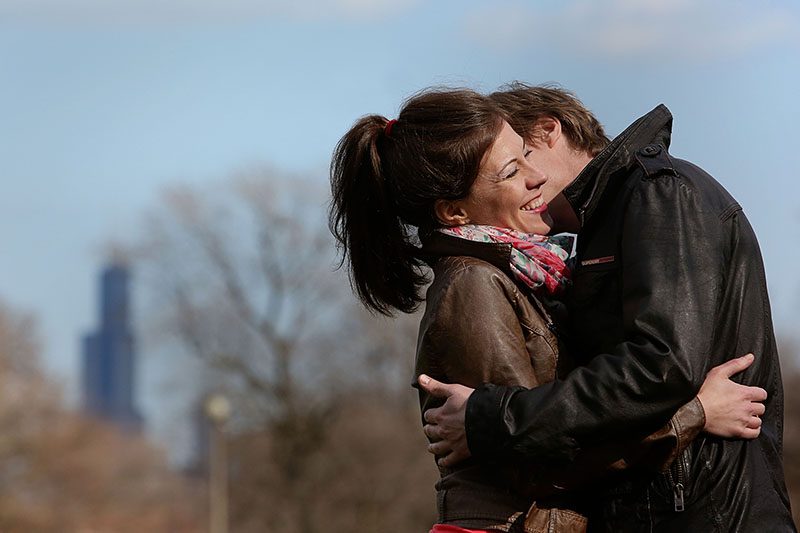 I took them to watch the Metra train whiz by… 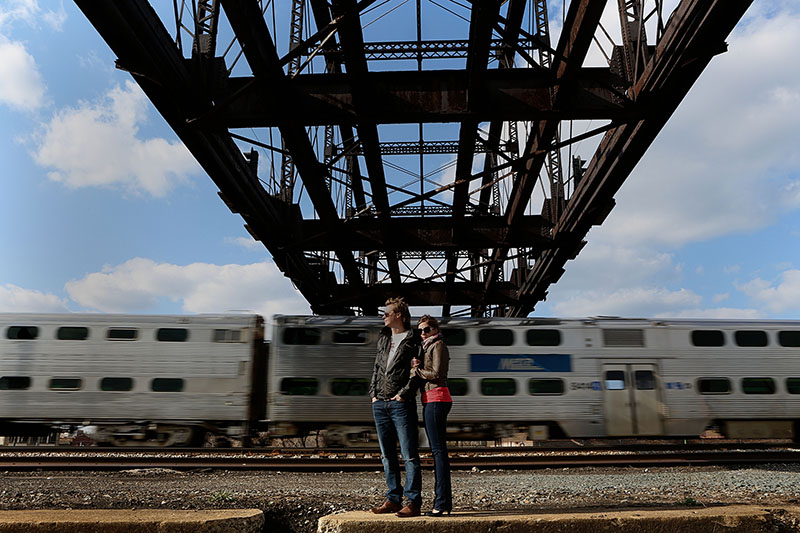 …and they made themselves comfortable. 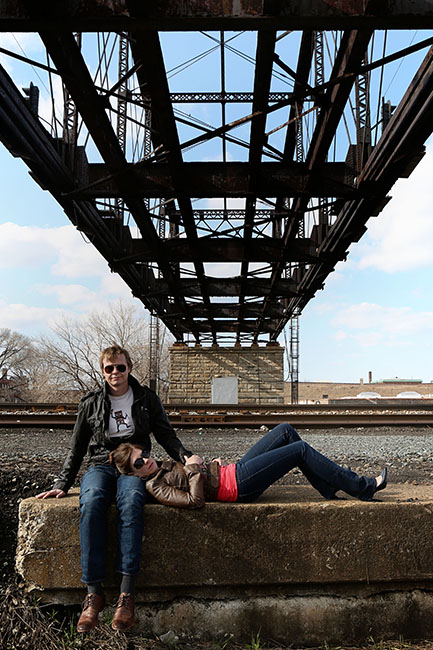 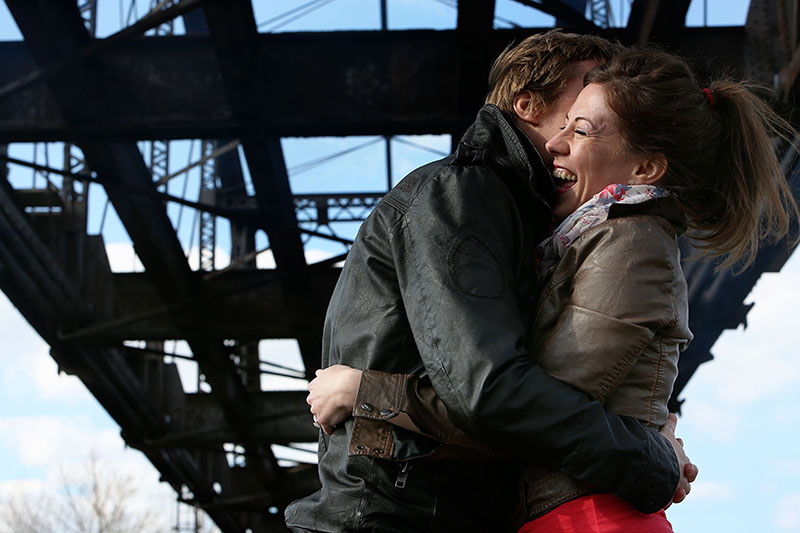 I had just a few more stops to show them… 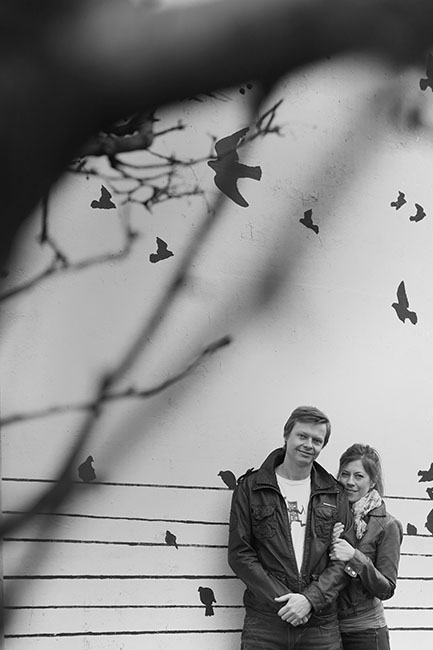 …like Mr. Luchadore, who lives just around the corner from where I picked them up. 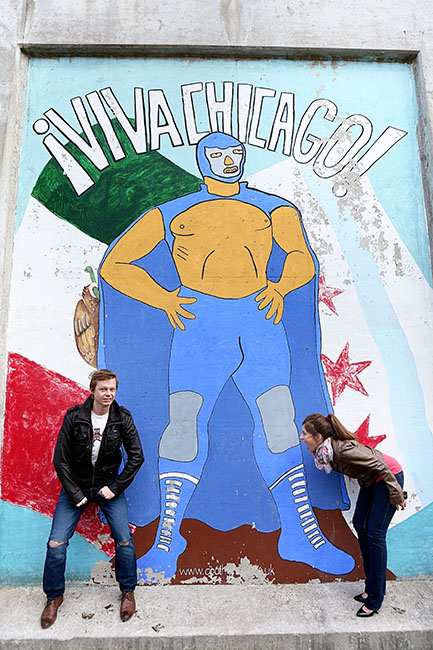 Congratulations on your engagement, Ashley and Paul! Have a blast in Mexico on your big day… I’ll be with you in spirit! 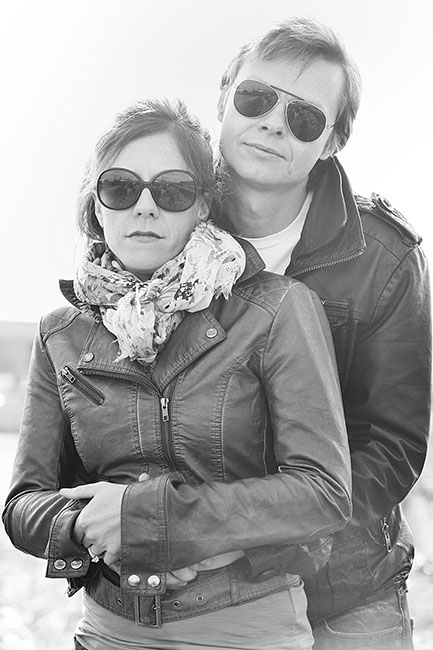