This is Chan and Cole. Cole doesn’t know it yet, but her boyfriend is about to propose to her.

Chan’s aunt called me to set up the shoot. The couple, who reside in Ohio, were in town for Chan’s grandmother’s birthday. Cole had no idea that the birthday party wasn’t the only celebration they had planned! 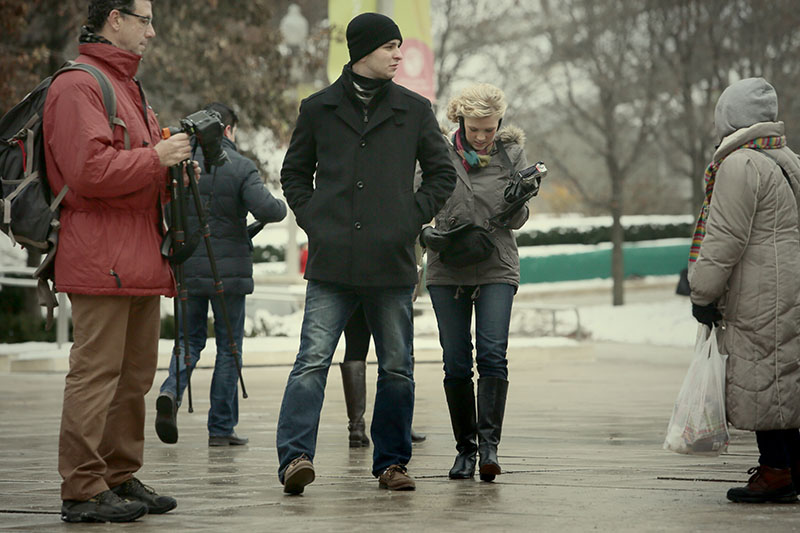 Cole couldn’t believe it as Chan took to one knee and brought out the ring. 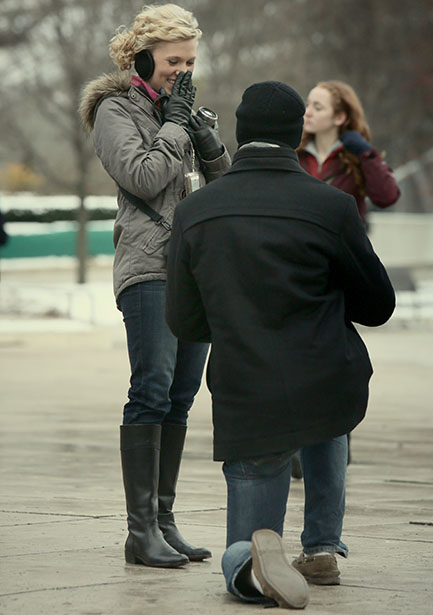 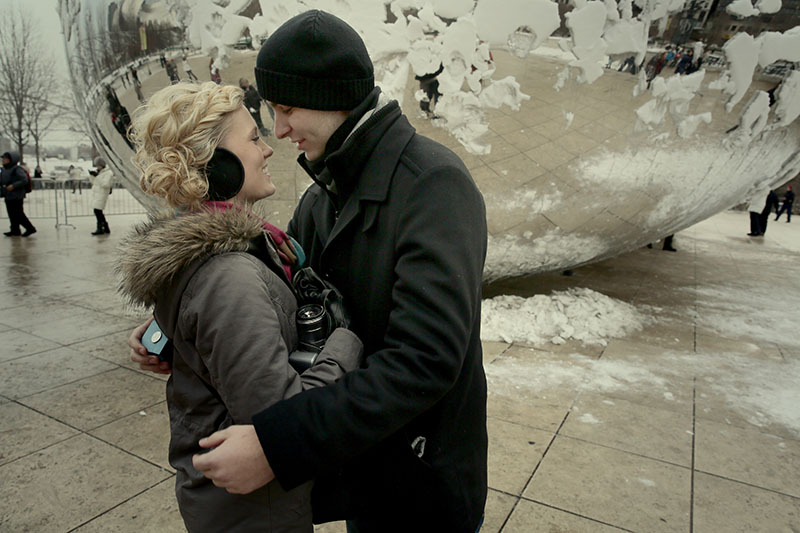 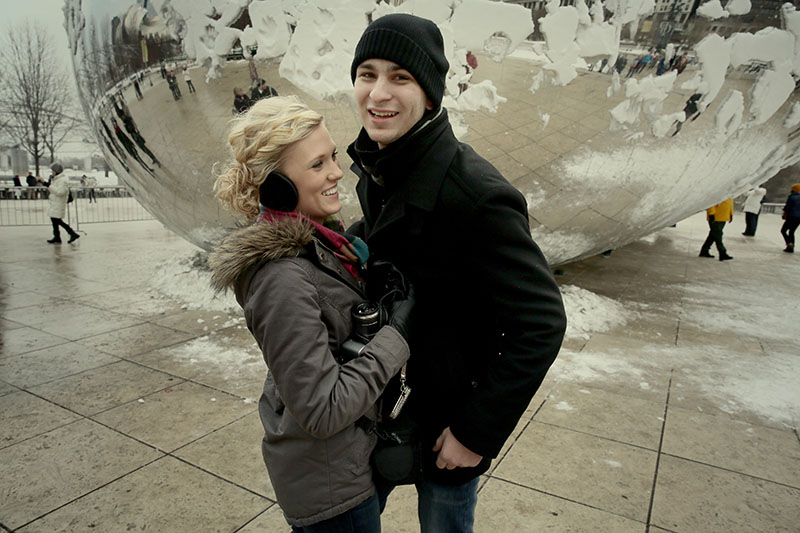 Chan’s family wasn’t far behind, ready to share in the happiness and excitement. His aunt was hiding with flowers in hand! 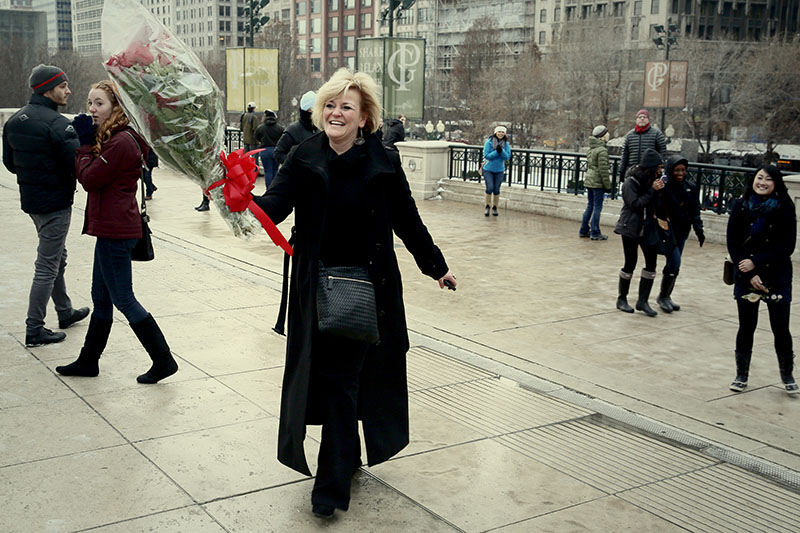 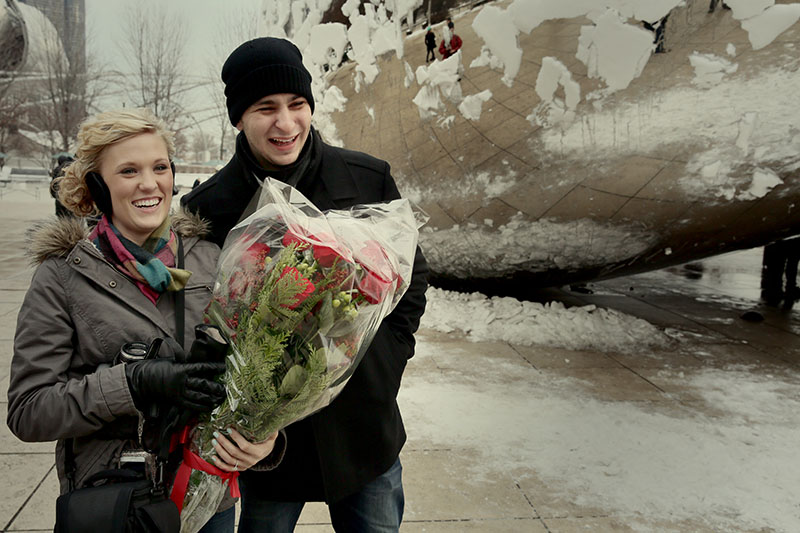 Of course, phone calls had to be made… 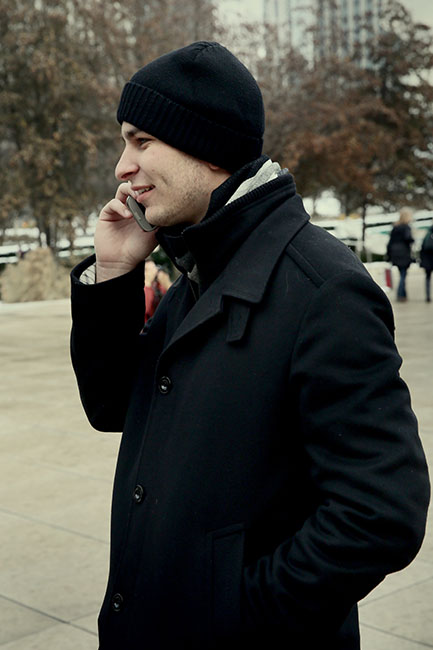 …and congratulations offered up. Chan’s entire family was there to share in the excitement. 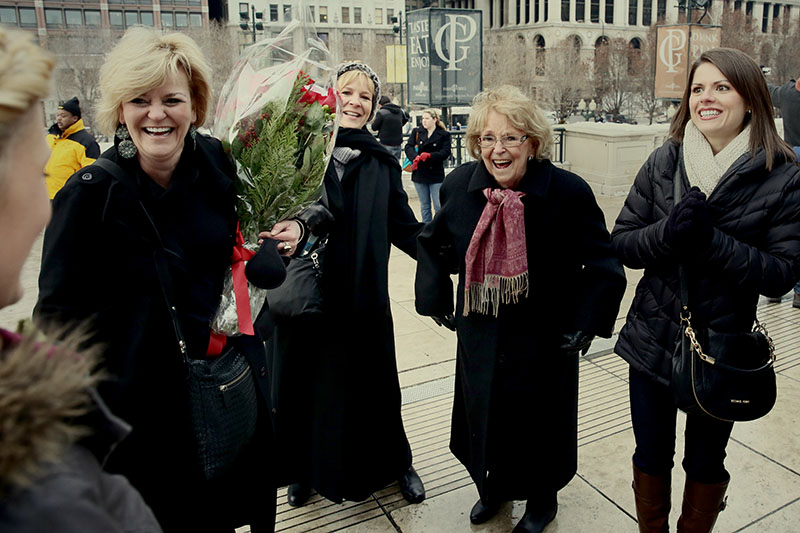 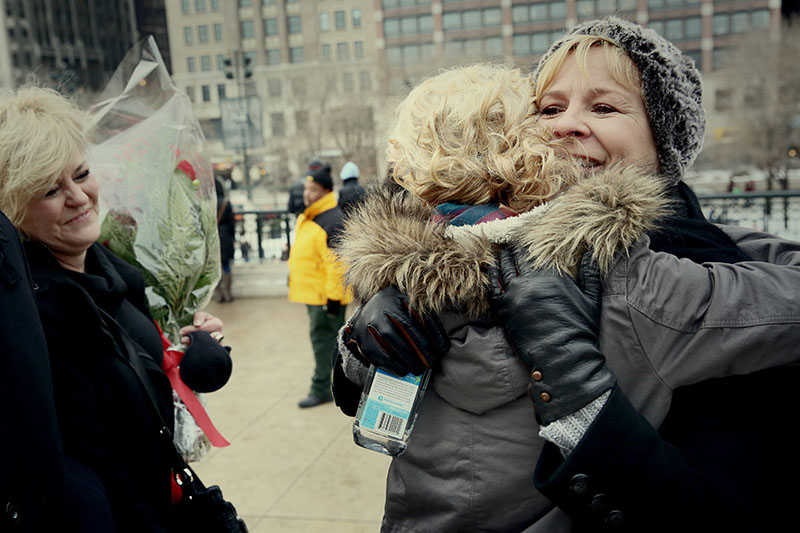 Chan’s grandmother was impressed with the ring! 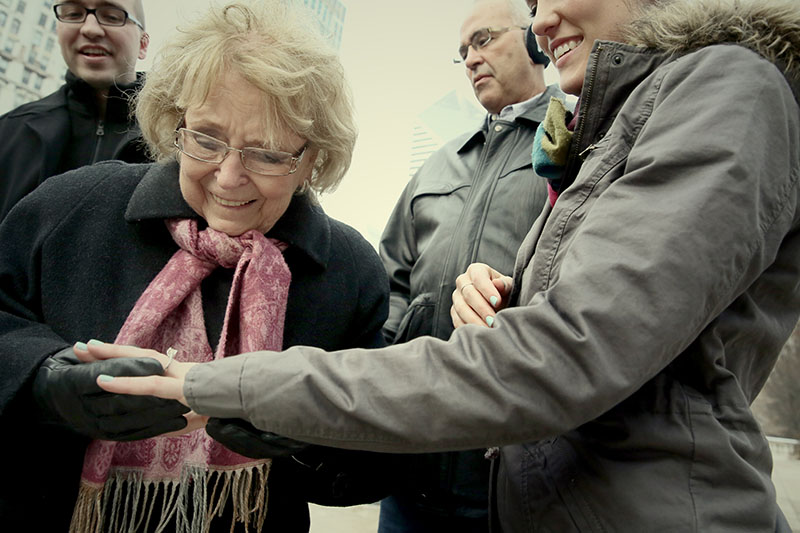 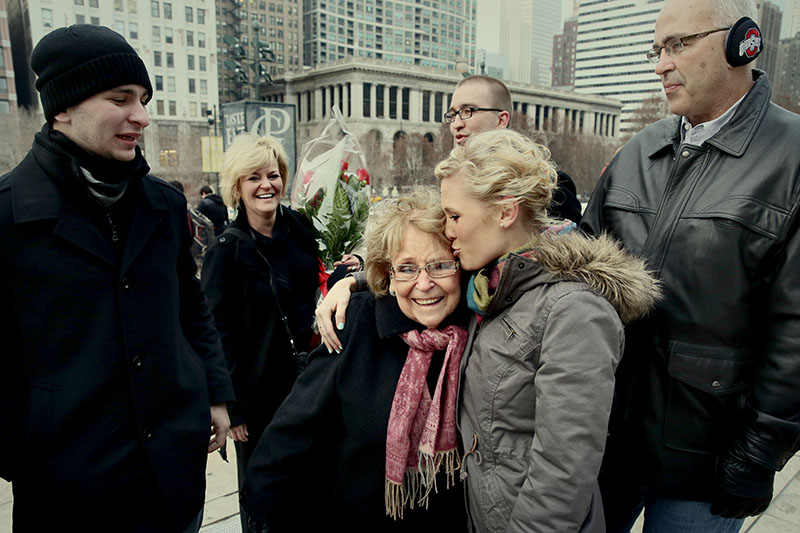 Chan’s brother was there, too, and had a big hug ready for his sibling. 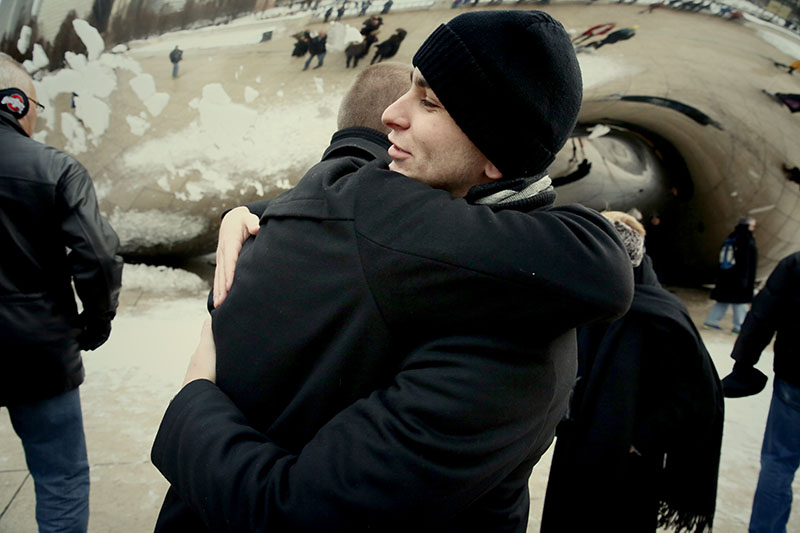 A silly family portrait in front of the bean! 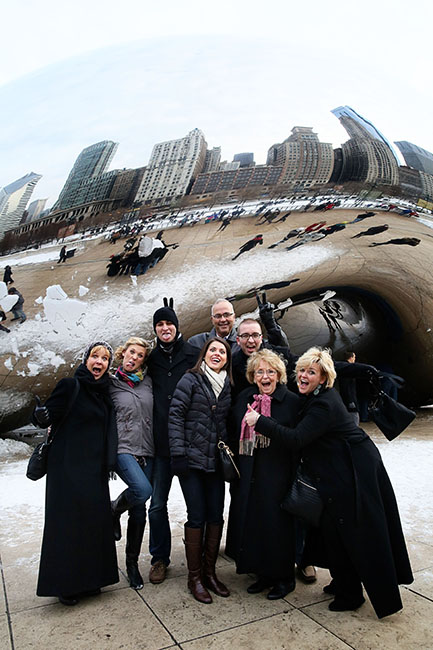 It was a little chilly out that day, so the gang decided to head back to the hotel for a champagne toast. 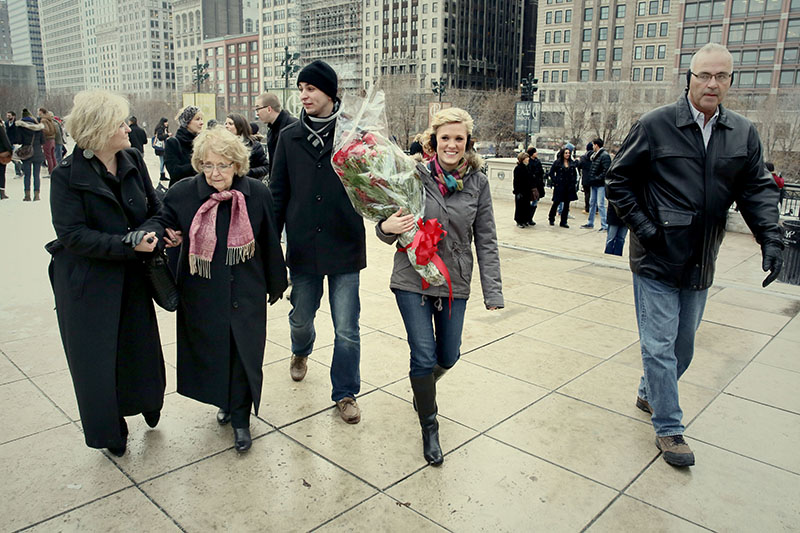 But Chan and Cole were willing to hang back to take just a few more portraits before returning. 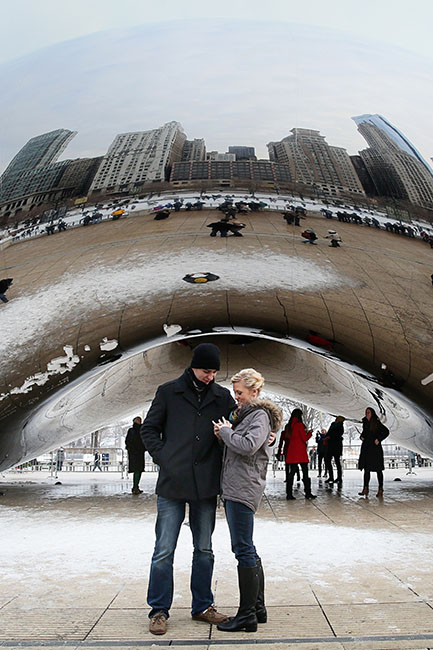 Three cheers for Cole and Chan! 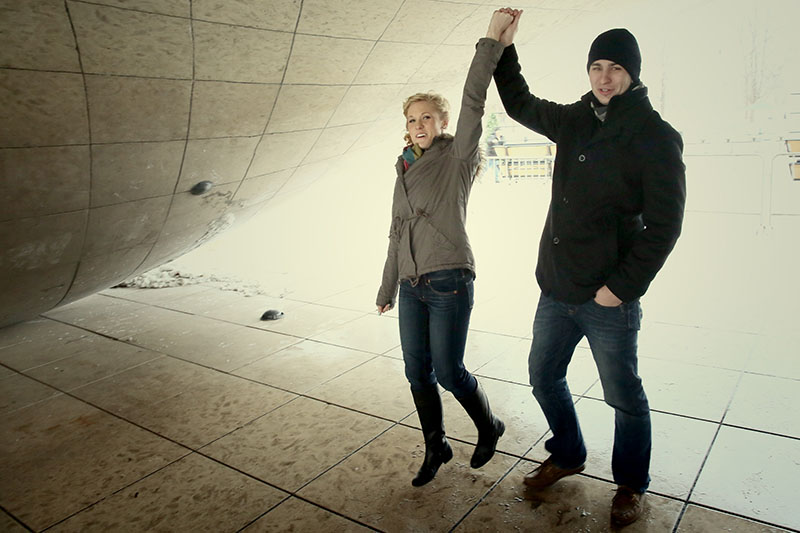 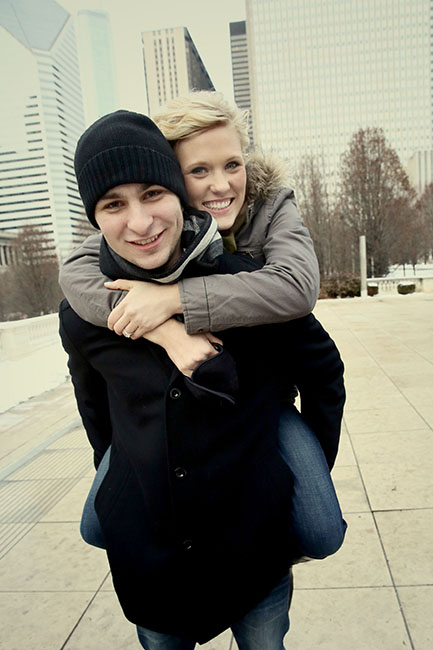 I walked with them across the bridge on our way back to the hotel. 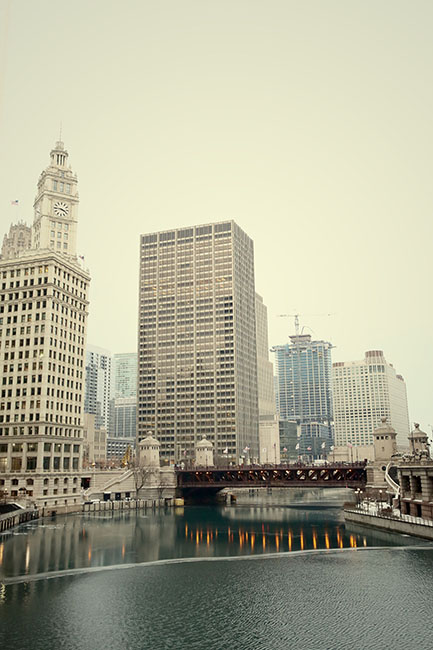 And while we were taking a shot next to the skyline… 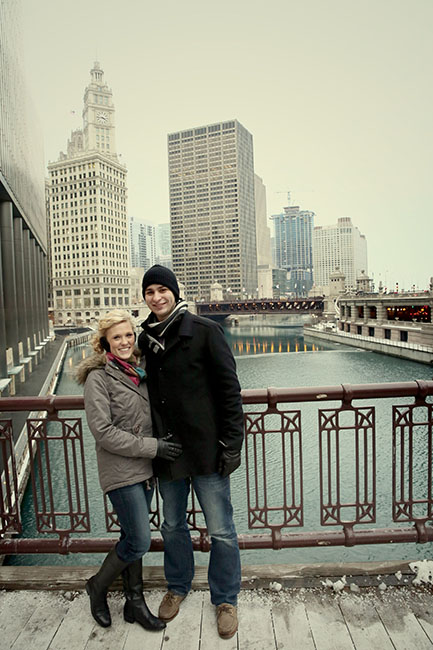 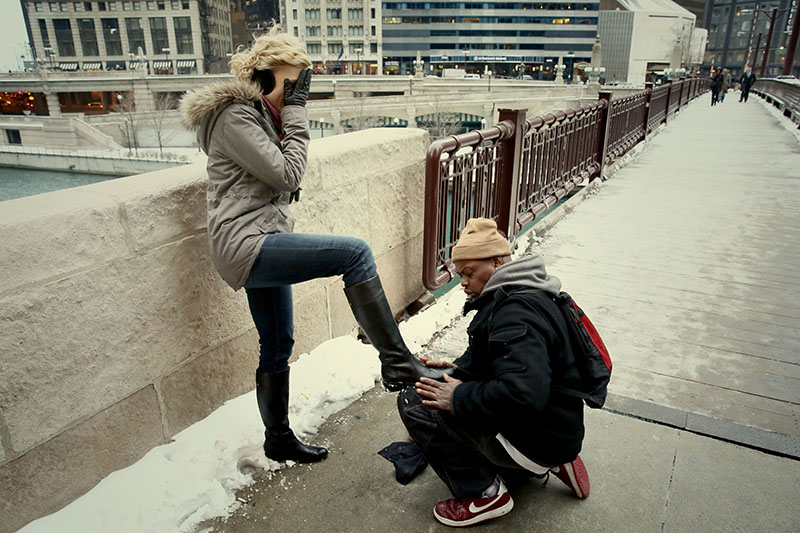 Congratulations, Cole and Chan! I wish you both the best as you begin your married life together! 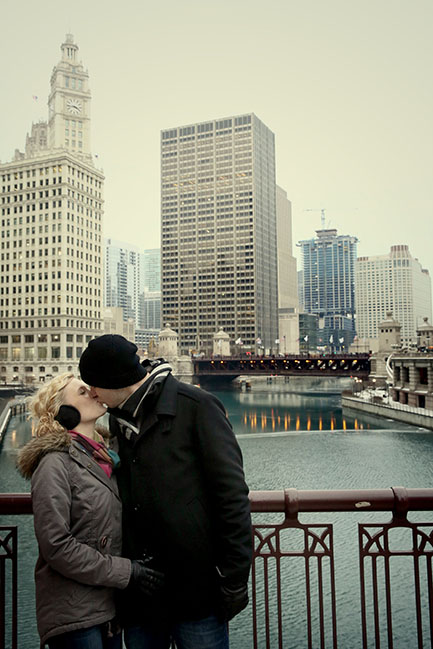