Jarrod was so excited he could barely contain himself. We were attending a baby shower for our good friends Kristina and Charles- and as if celebrating the new arrival wasn’t exciting enough, the party was hosted at one of our favorite places: Hala Kahiki! 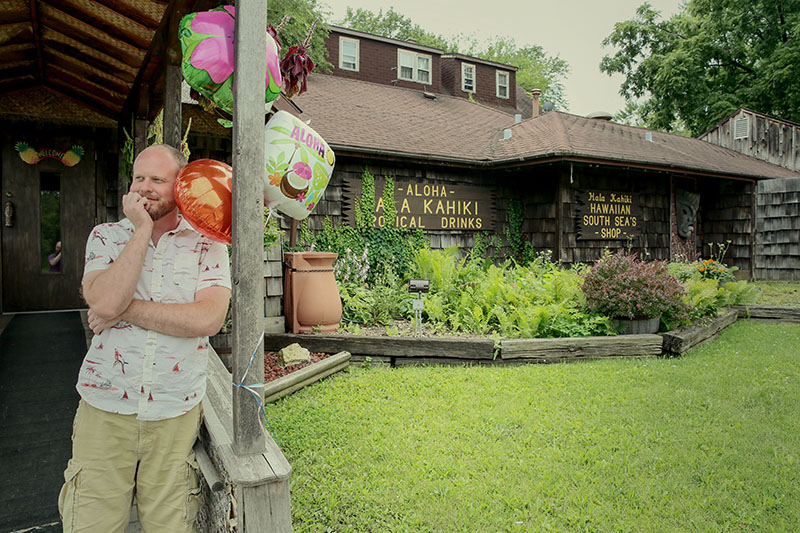 This baby shower had it all… tropical drinks, a full buffet, a hula dancer. Charles and Kristina’s baby was welcomed into the world with style!

Kristina’s mom was having a blast, catching up with family and friends… and enjoying a drink or two! 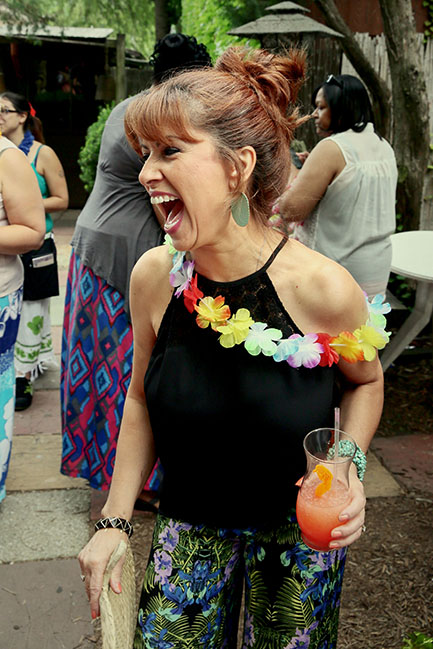 The new parents tried their hand at hula dancing, under the instruction of a trained professional. 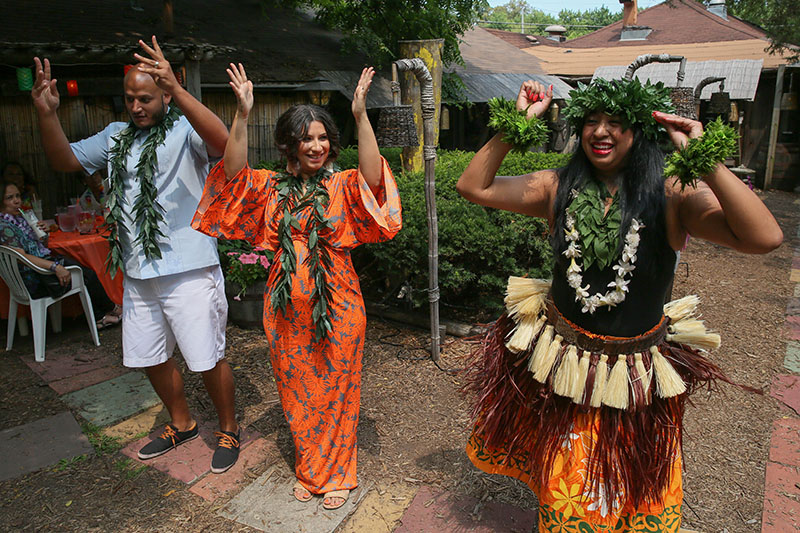 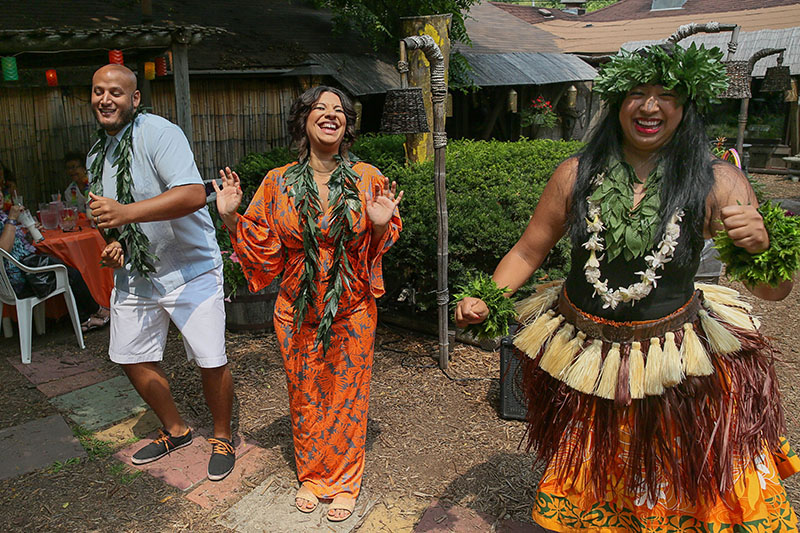 All the guests were encouraged to get up and give it a shot! 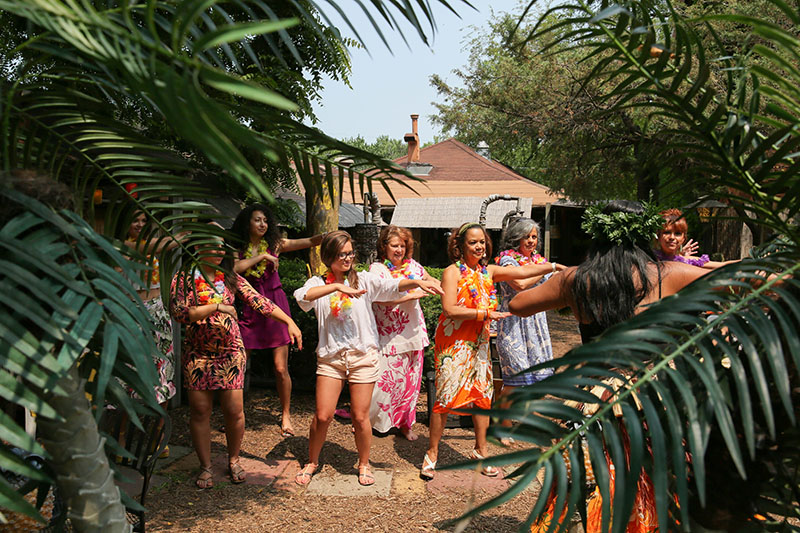 Fancy cigars were made available for anyone who wanted to lounge with a stogie. 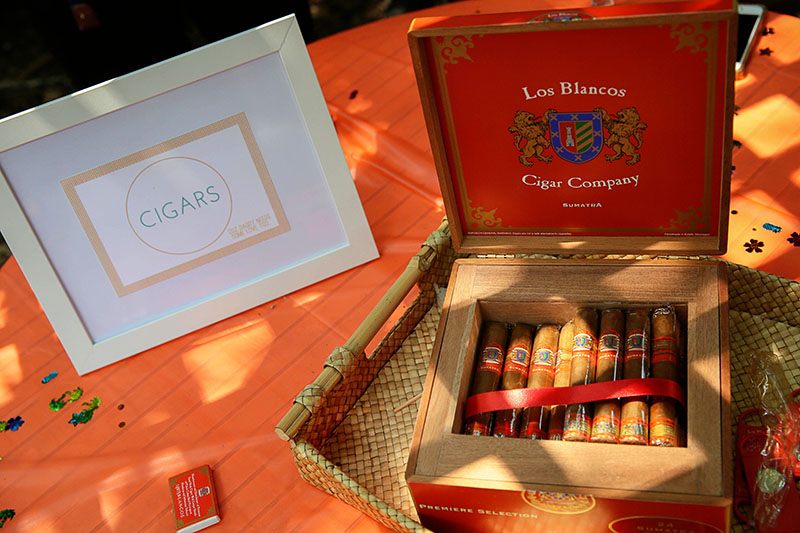 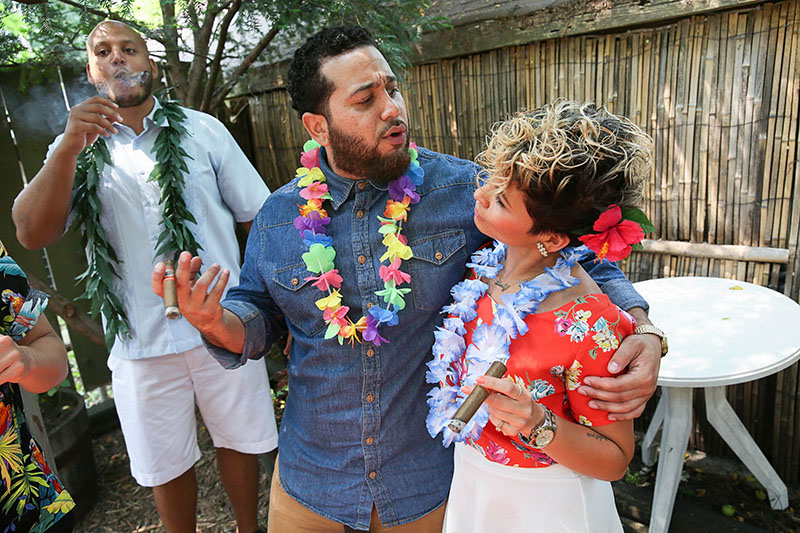 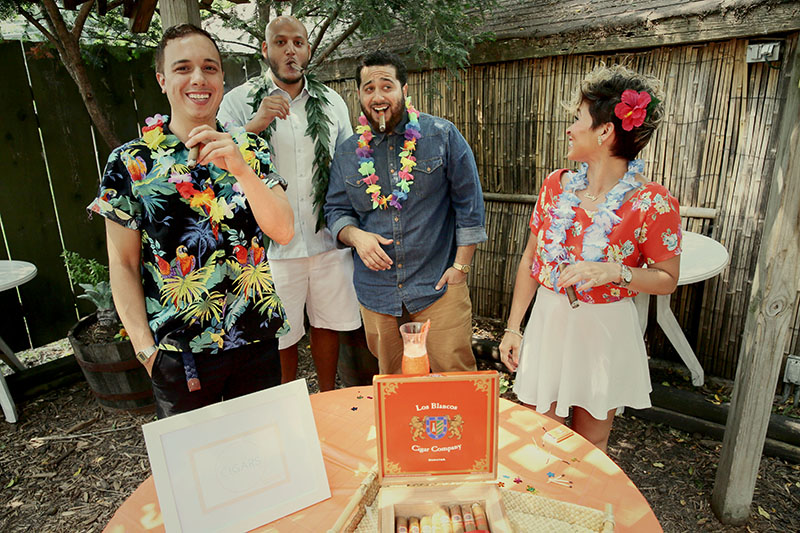 And of course Jarrod jumped at the chance to participate in one of the shower games. Contestants were charged with drinking all of the beer out of a baby’s bottle. 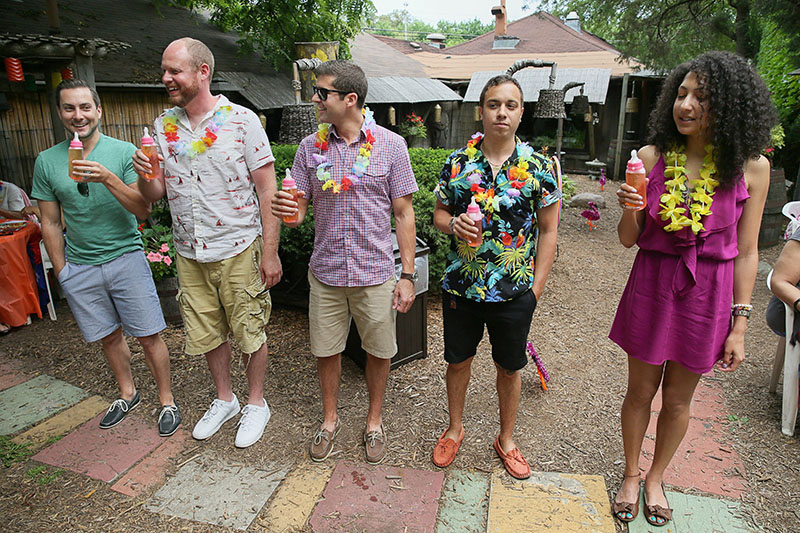 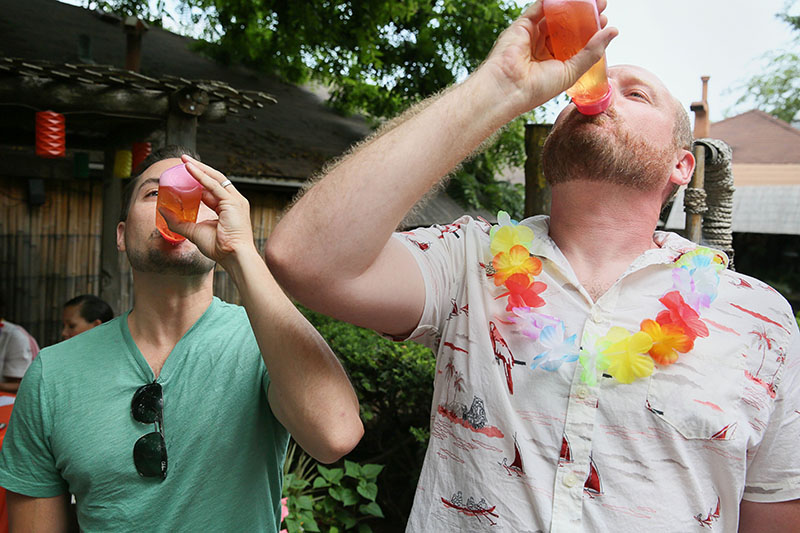 It’s harder than it looks! 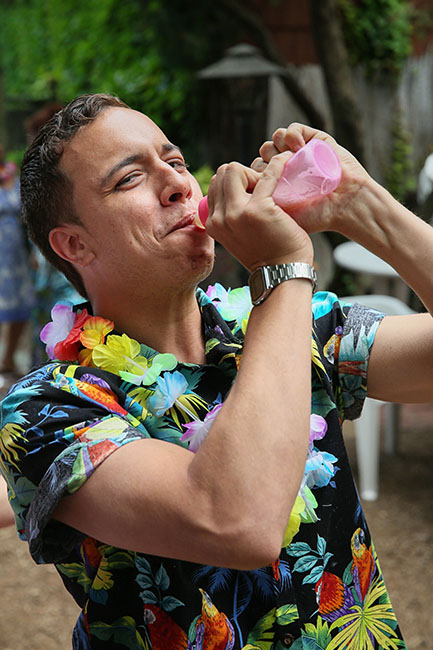 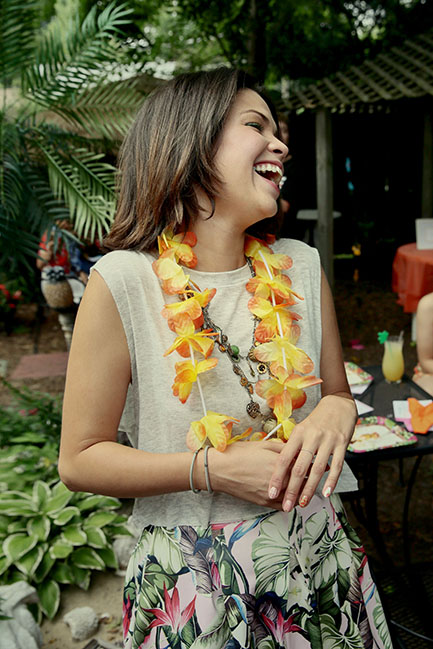 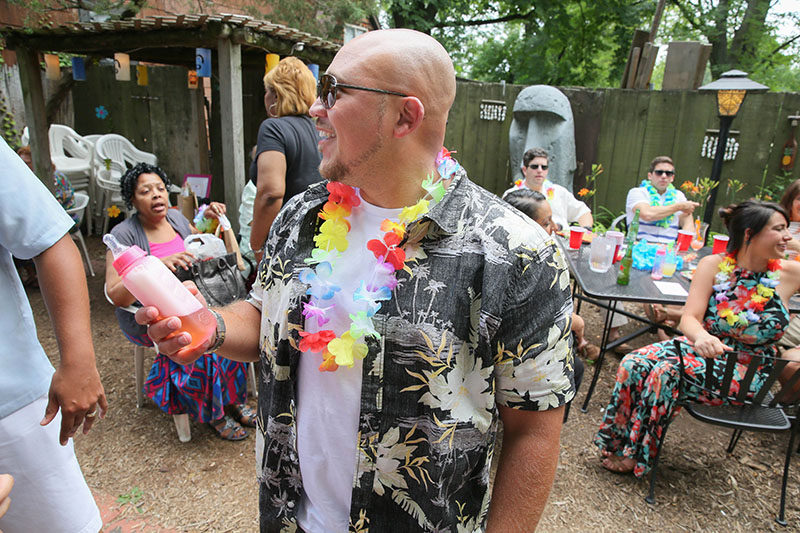 …and Jarrod had a tiny bit of regret after his second-go-round with the bottle. 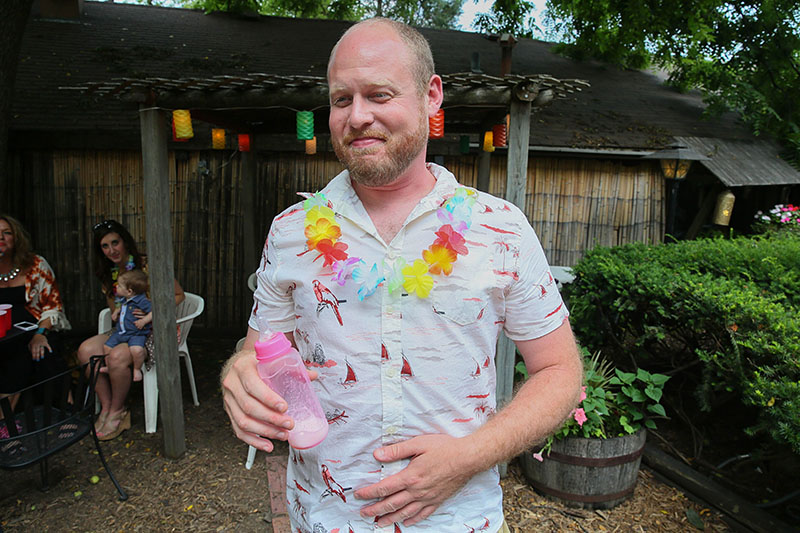 Our friend Alicia was there with her little guy. I bet there have already been a few play dates scheduled for him and the new baby! 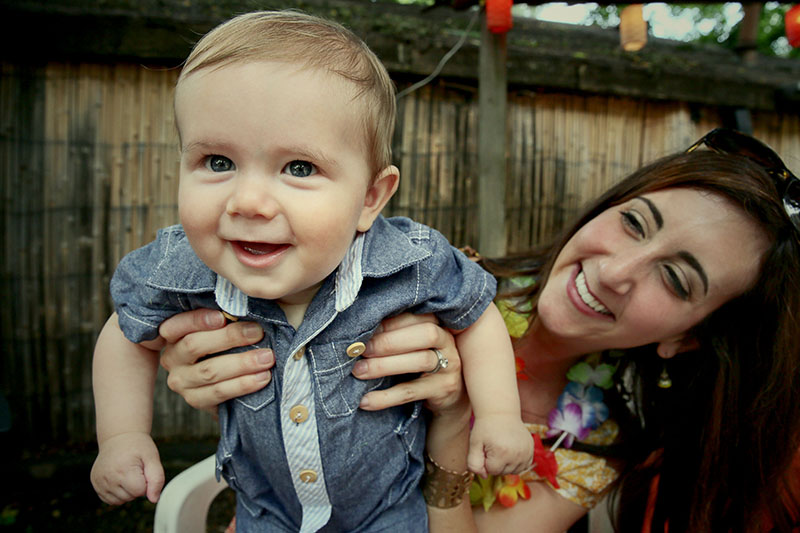 What a cool dude. 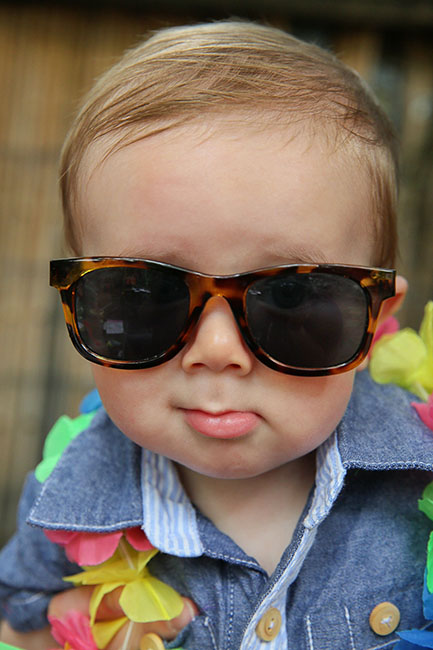 Charles was working the crowd, catching up with all his guests… 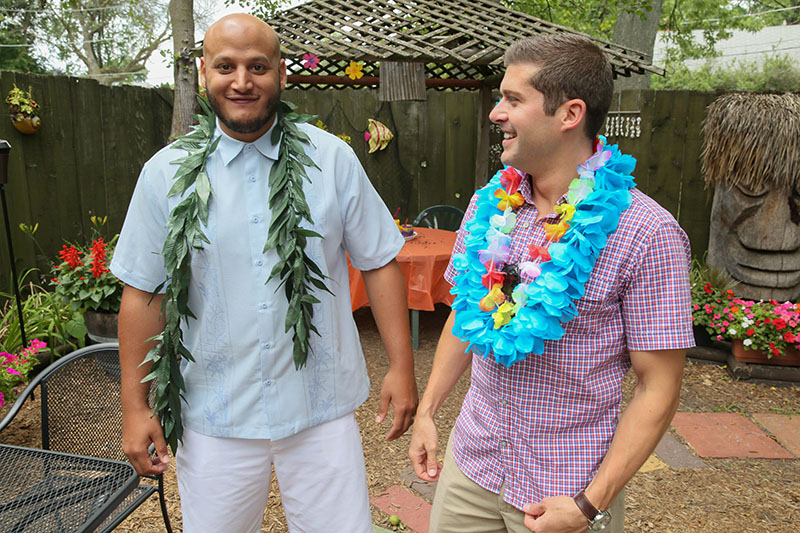 …and Kristina made her rounds too, thanking everyone for coming. 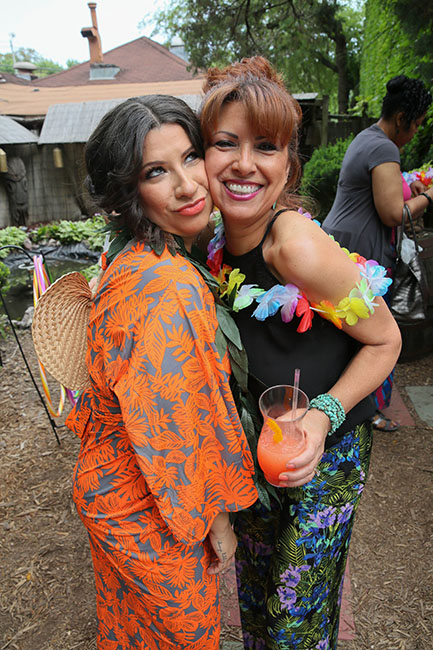 And now we know there’s photographic and video evidence of everything that went down. 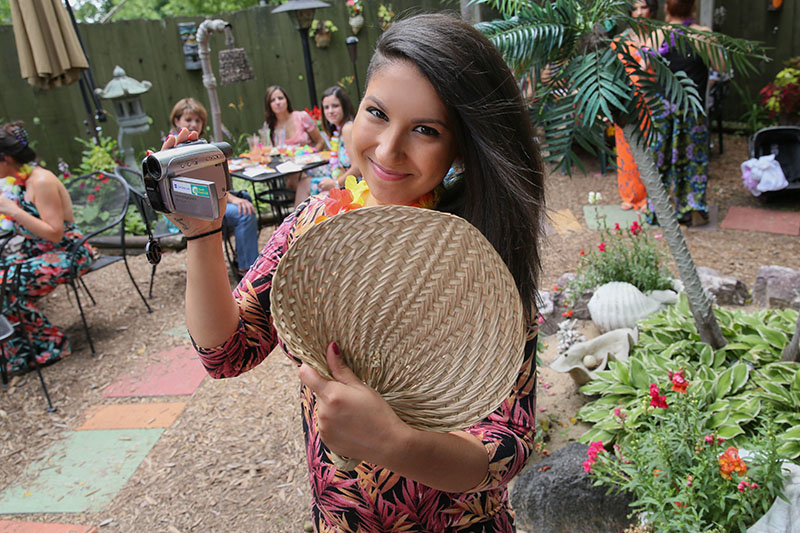 Yay for tiki bars! Yay for family and friends! And yay for Charles and Kristina’s new arrival! I can’t wait to meet him or her! 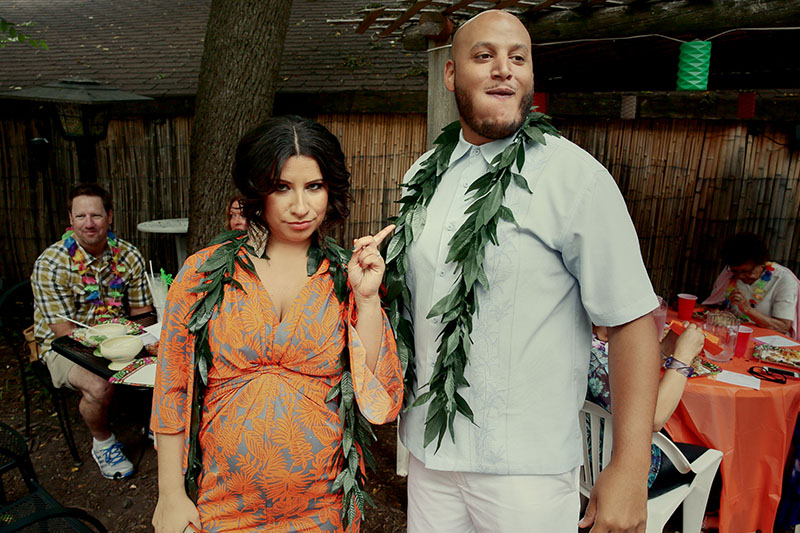