I was in San Francisco a few weeks ago, and while I was in town, I dropped by to say hello to Charlie and Wyatt! These two brothers live just outside of the city, and they met up with me (Mom and Dad were in tow, too!) for a photo shoot near the Golden Gate Bridge. We started out by exploring the remnants of…well… I’m not sure what it was, but older brother Charlie was excited to lead the expedition. 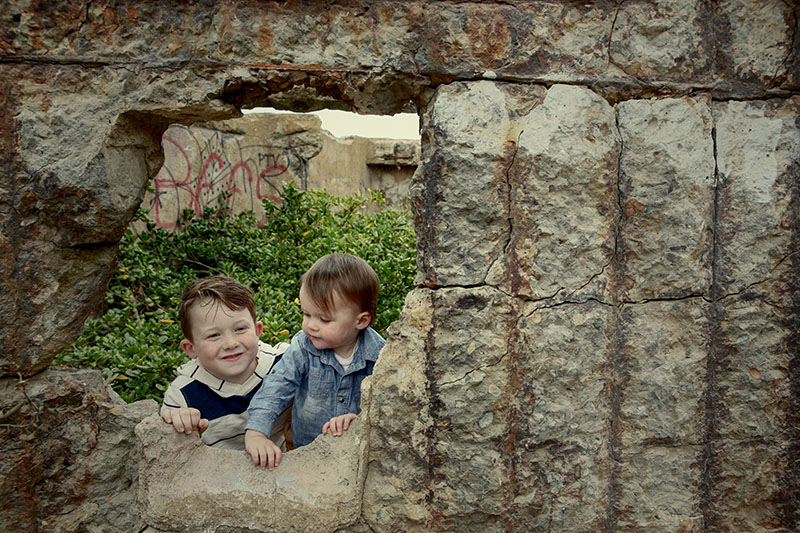 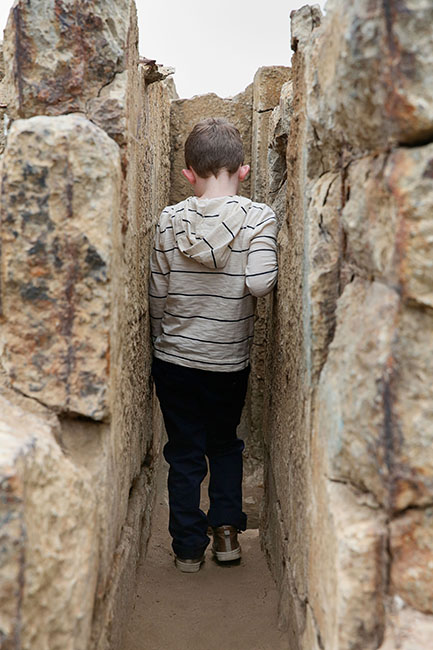 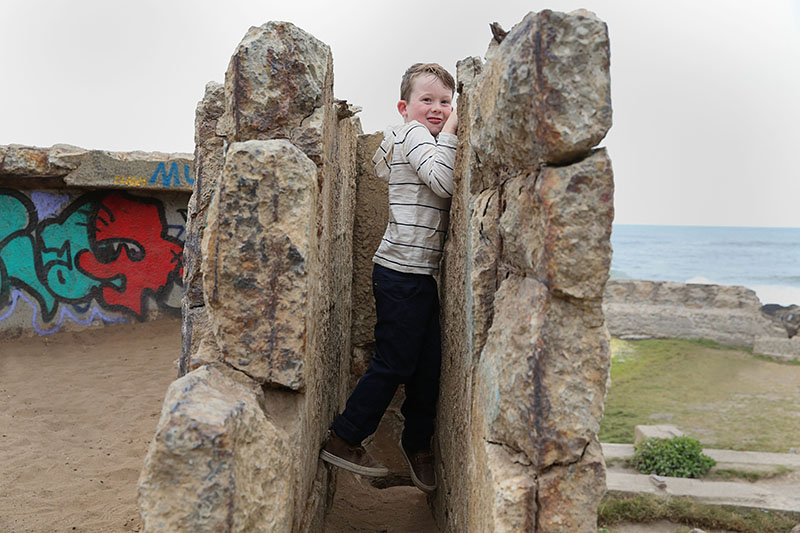 Wyatt was content to watch from above as Charlie and I explored. 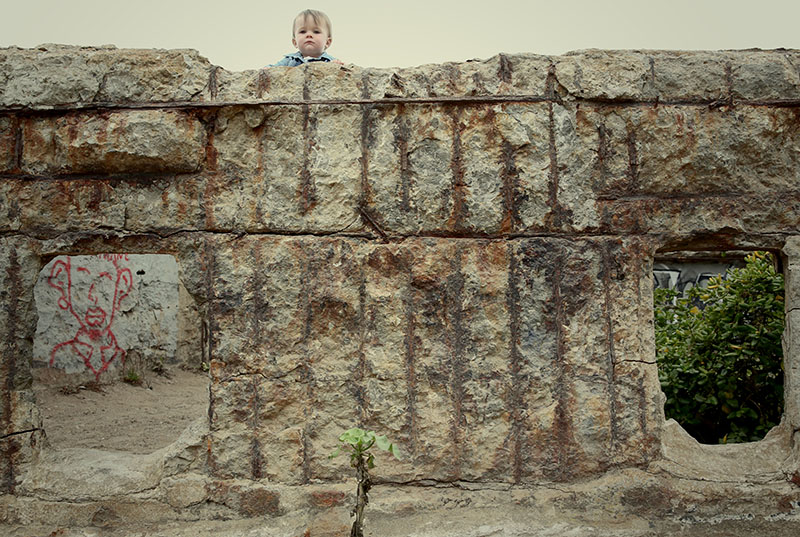 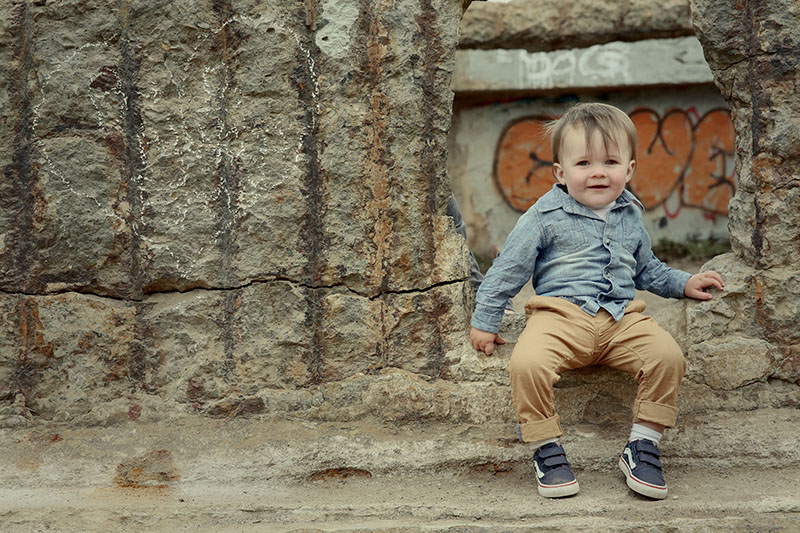 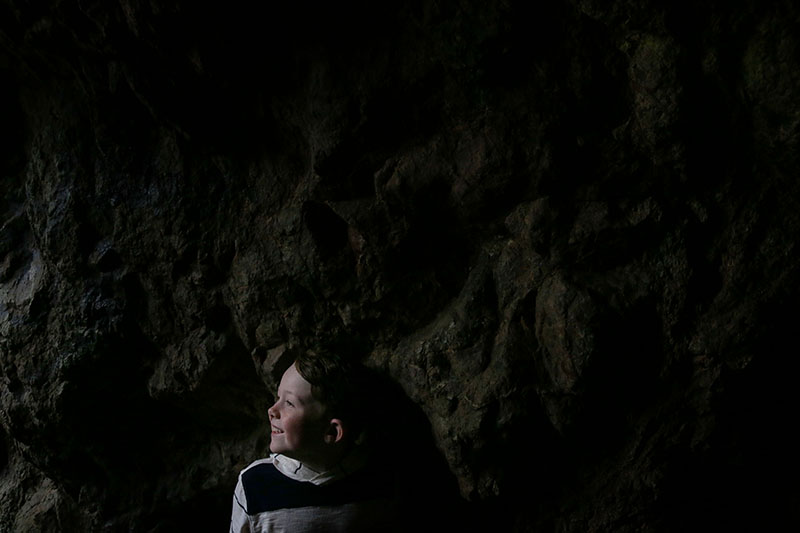 I love Wyatt’s dog sweater! It was the perfect thing to wear as things were still a bit chilly right by the ocean. 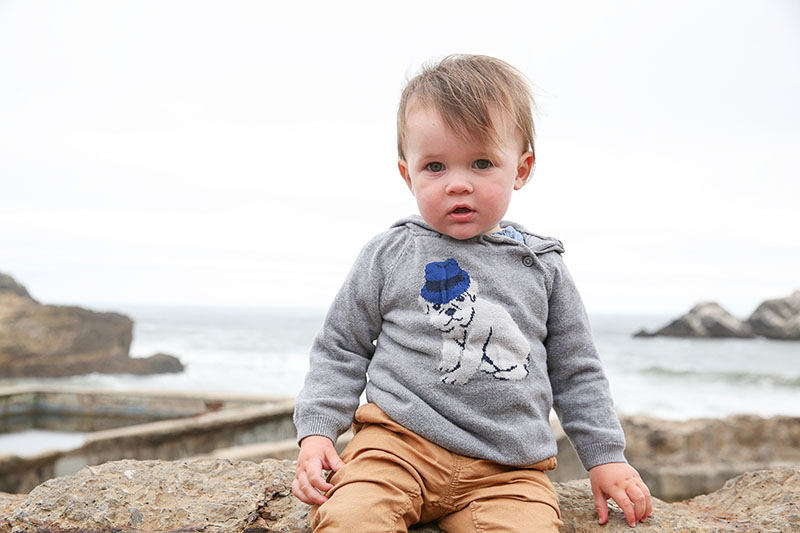 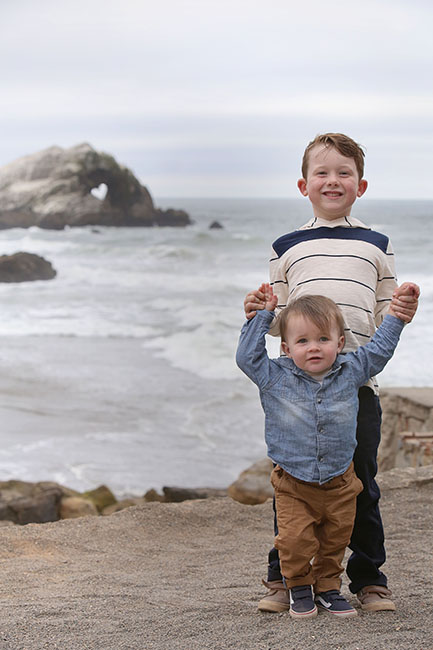 Mom and Dad joined in, just in time for a hawk to glide by. I think this is a pretty great family portrait! 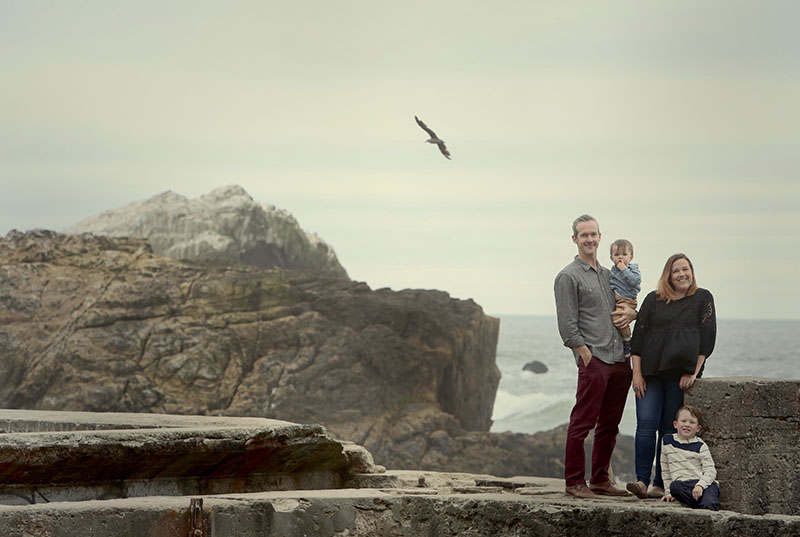 As much as I love Chicago, it would be awesome to have this backdrop near the loop. I would be there all the time! 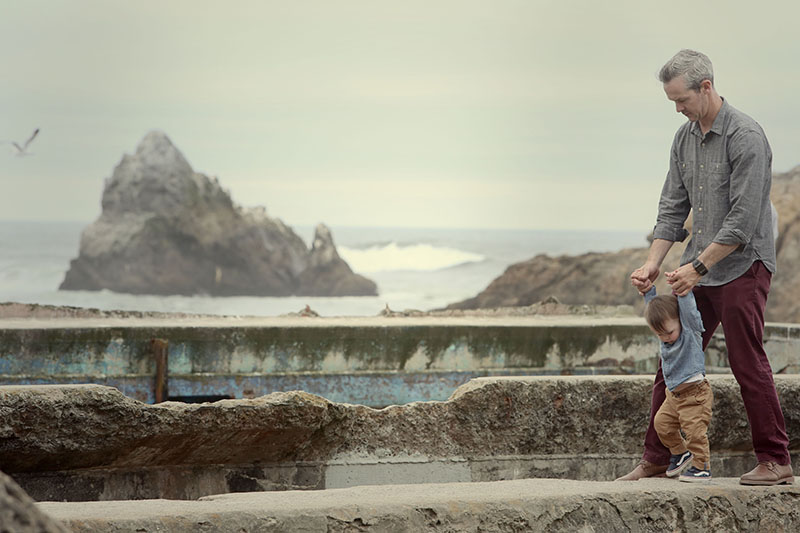 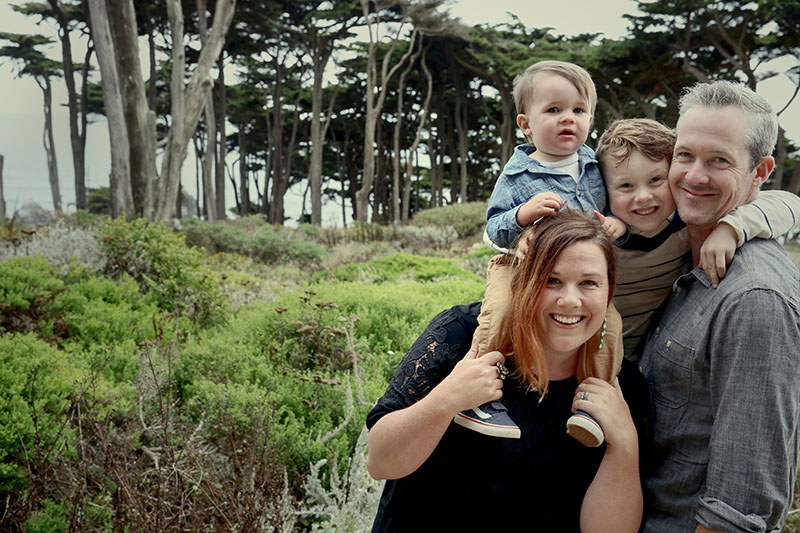 Wyatt is a big fan of piggyback rides. Who isn’t? 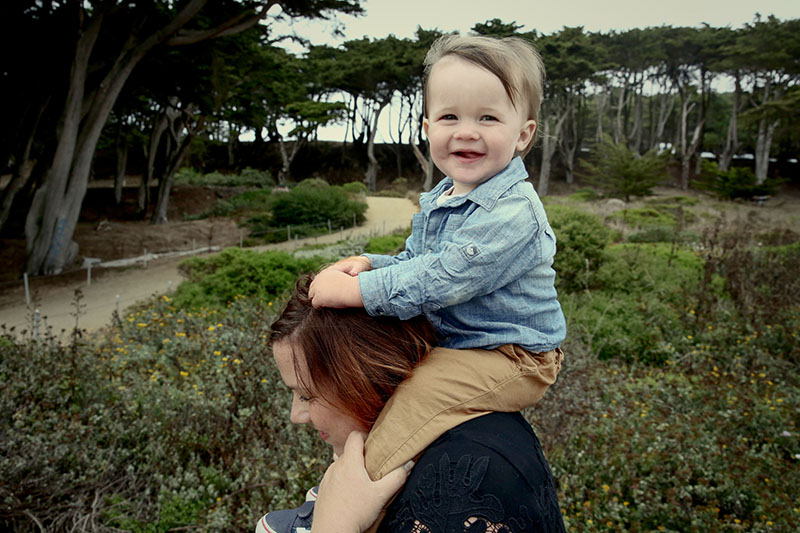 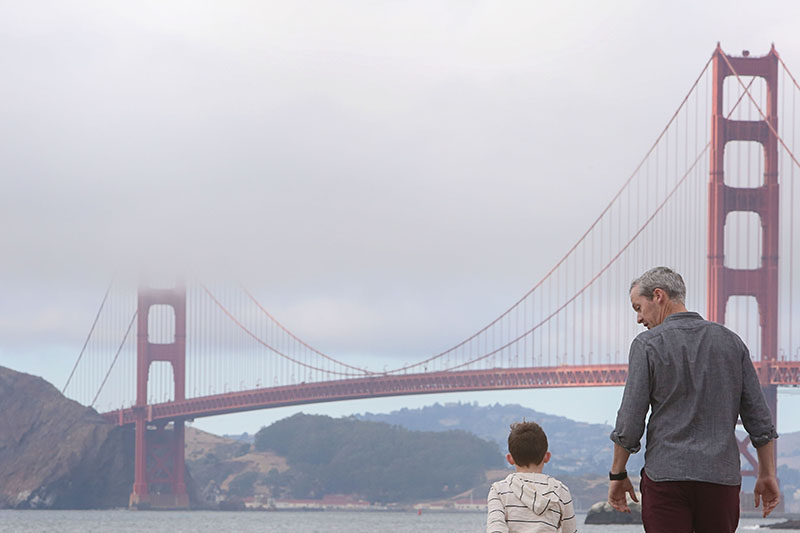 Time to play in the sand! 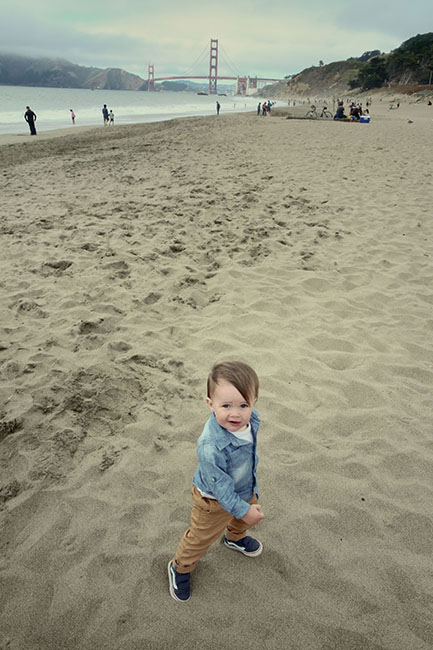 Charlie showed me how the sand was already sticking to his face. That’s a sign that you’re having fun! 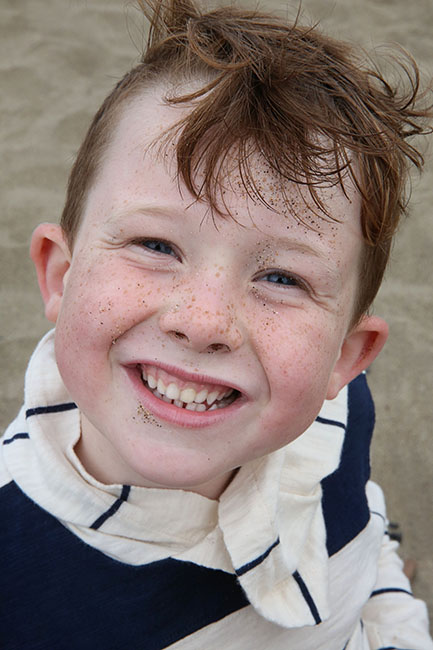 It was awesome to see you, Charlie and Wyatt! I hope you to see you and your family again soon. Have fun at the beach! 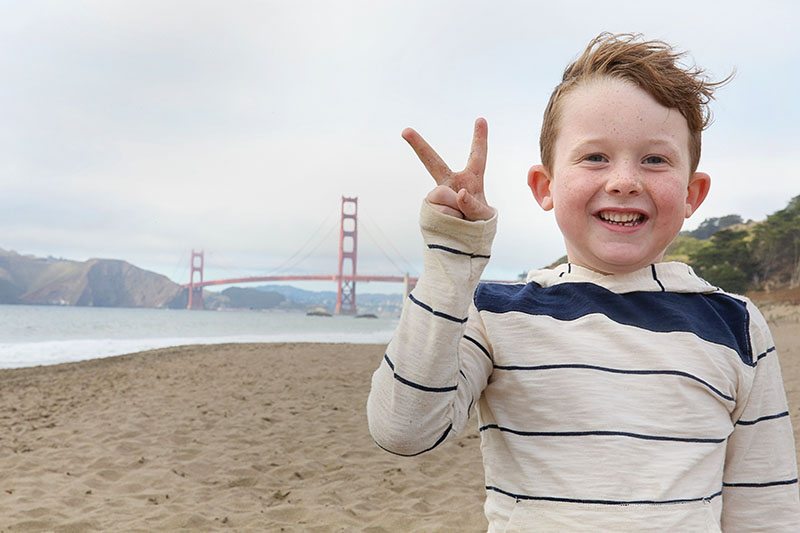