I was in for a surprise when I met up with Dave and Chelsea for their engagement session. Poor Dave fell while hiking in the South Dakota Badlands and broke his arm. Luckily, he and his beautiful fiancee Chelsea didn’t have to change any of their plans and the cast will be off in time for the wedding. Also, it gave us a great idea for the engagement session. We would visit family in their hometown of Morton Grove and get their signatures on the cast. Chelsea was the first one to sign. 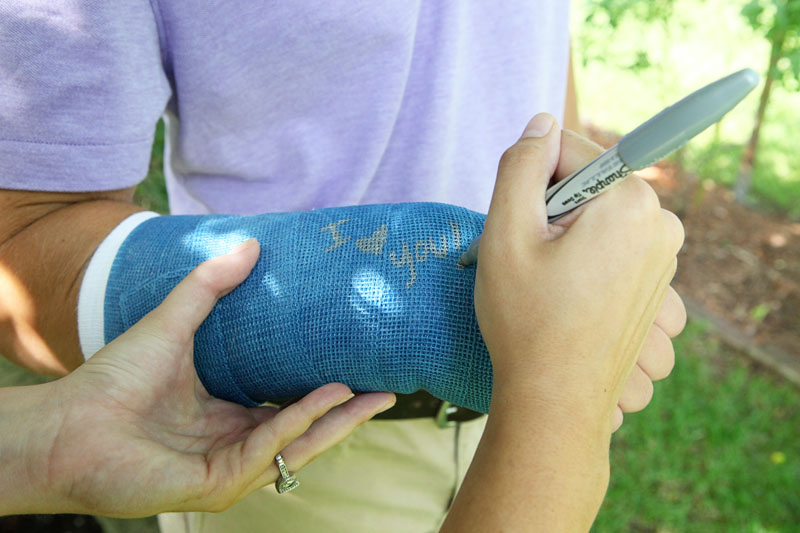 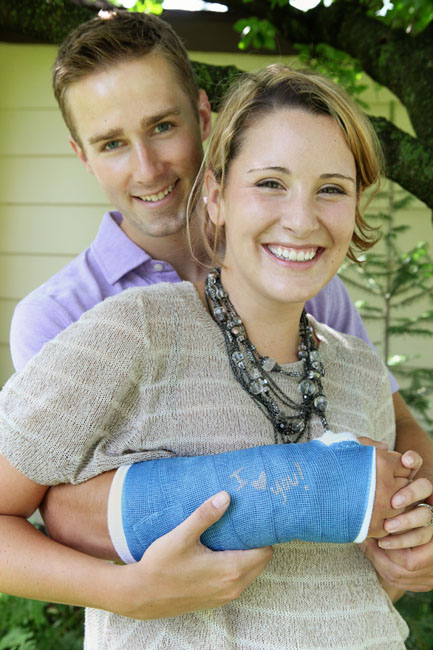 The first stop on the autograph tour was Dave’s grandmother and uncle’s place. 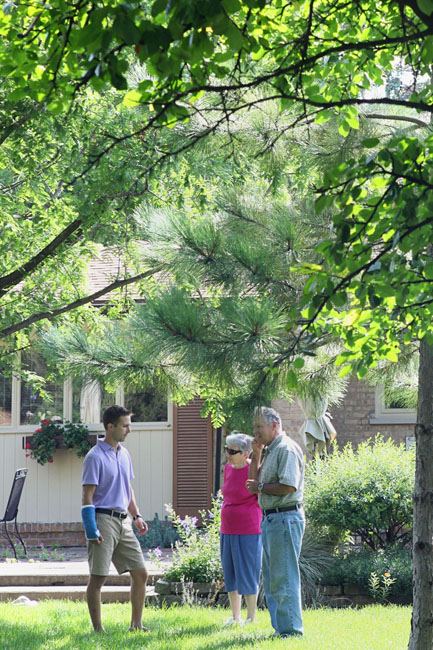 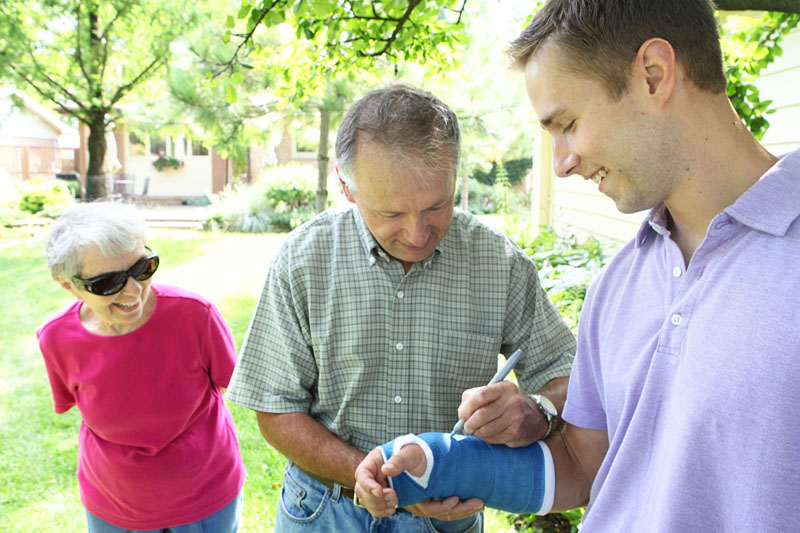 Then Grandma took her turn. 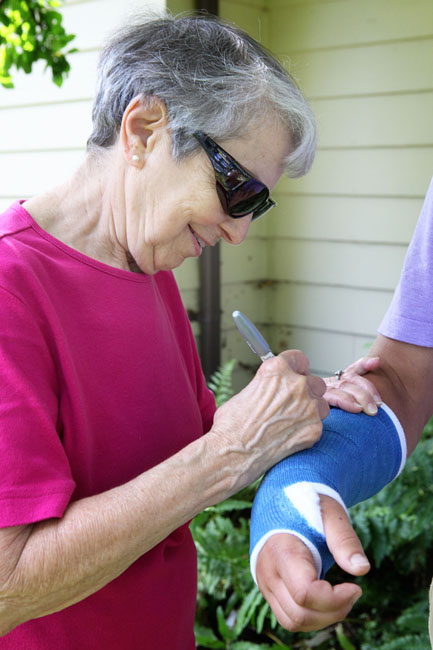 We couldn’t resist taking some pictures in Dave’s uncle’s beautiful garden before we took off. 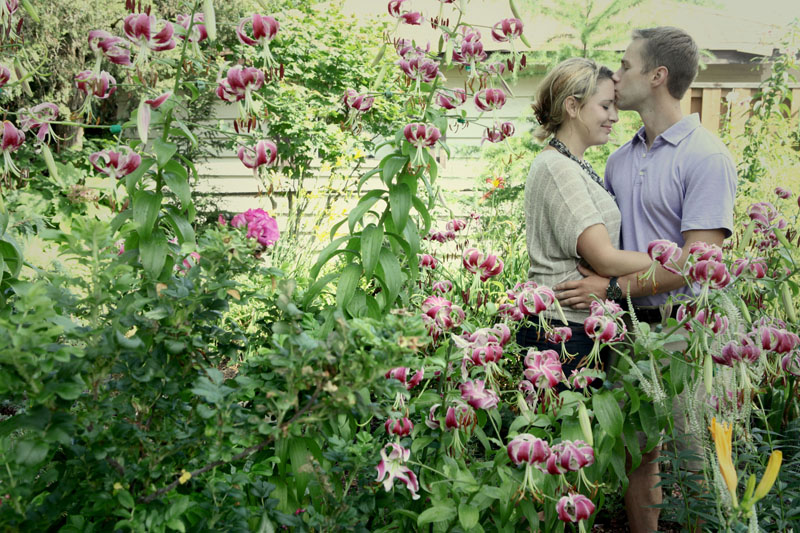 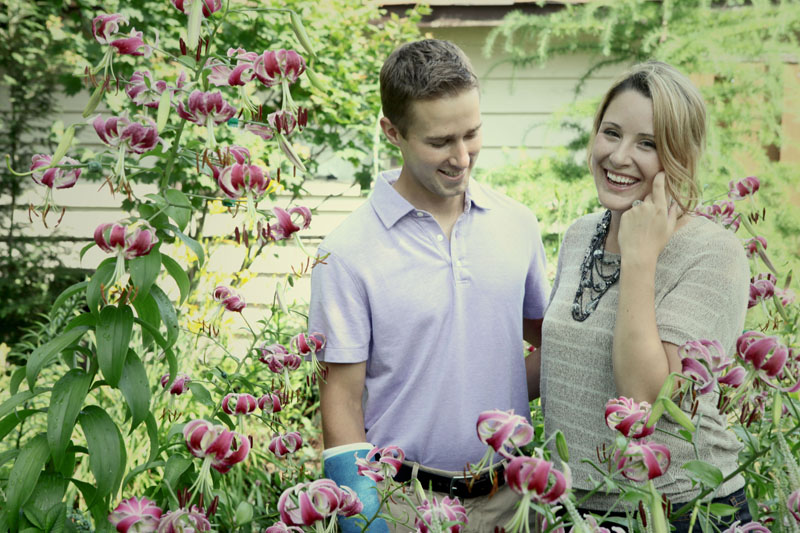 We took a break in the park that is very close to where Dave and Chelsea live. 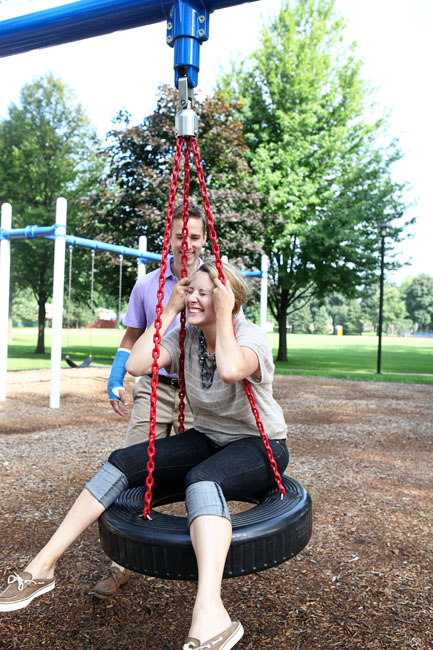 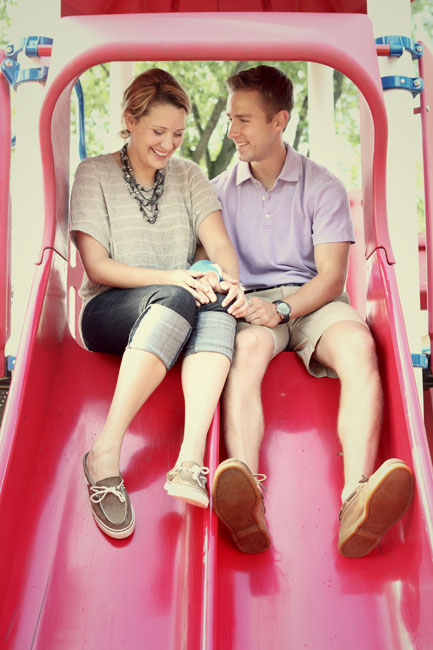 They both used to play in this park when they were young. 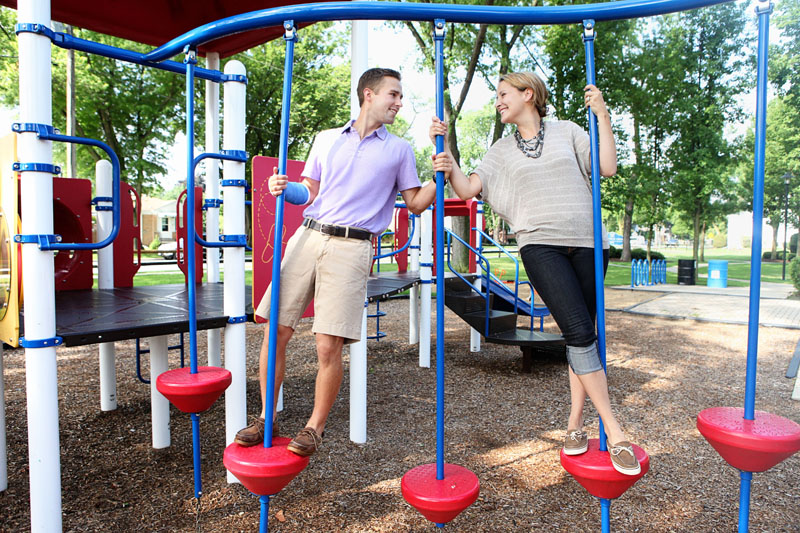 These two are a lot of fun… and still kids at heart! 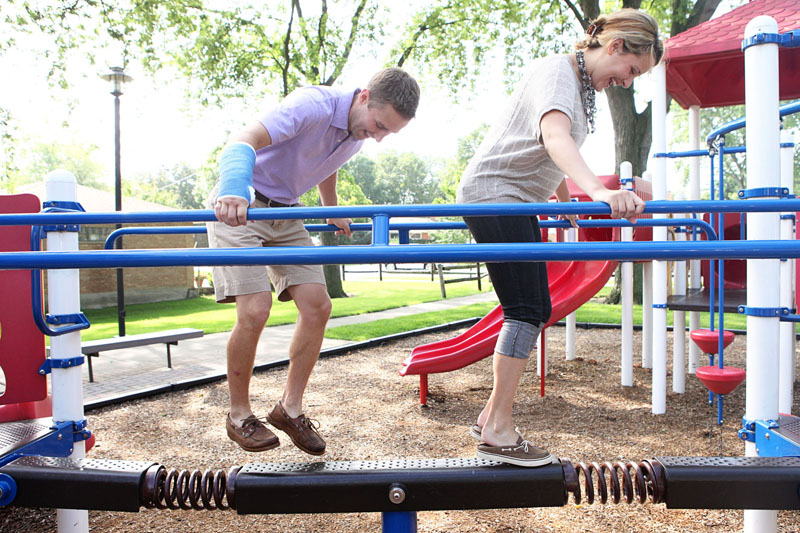 Then we dropped in on Chelsea’s grandmother. 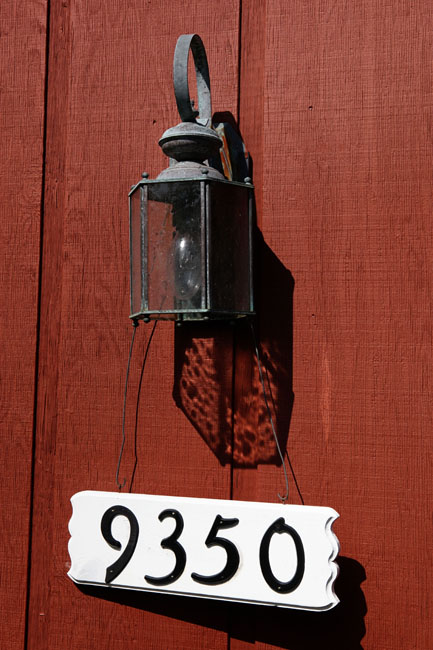 This guy met us a the door. His name is Bruiser and he is a cutie. 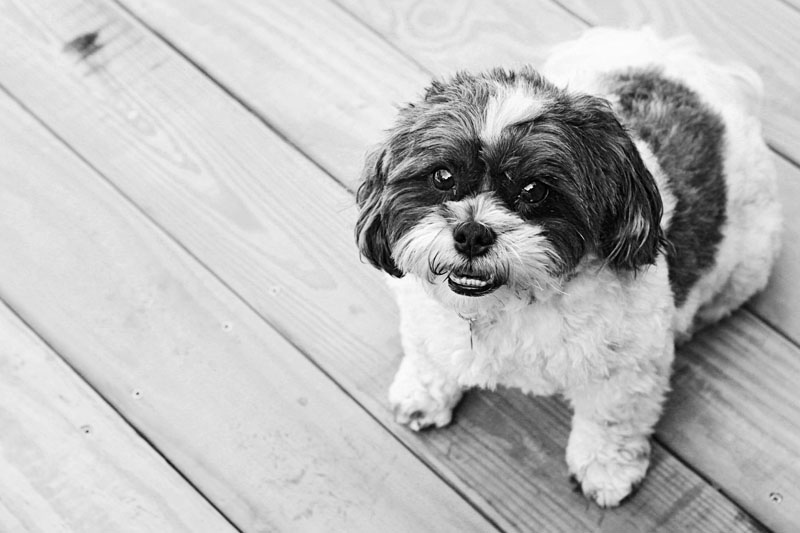 Unfortunately, Bruiser couldn’t sign so Grandma did the signing for them both. 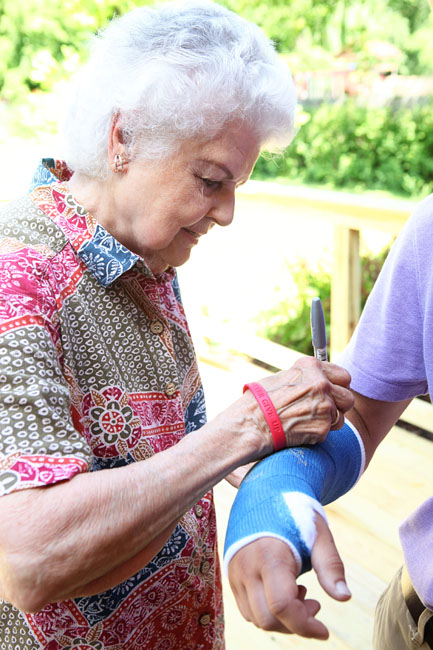 Dave’s mom was surprised and excited to see us walk through the door of her workplace. 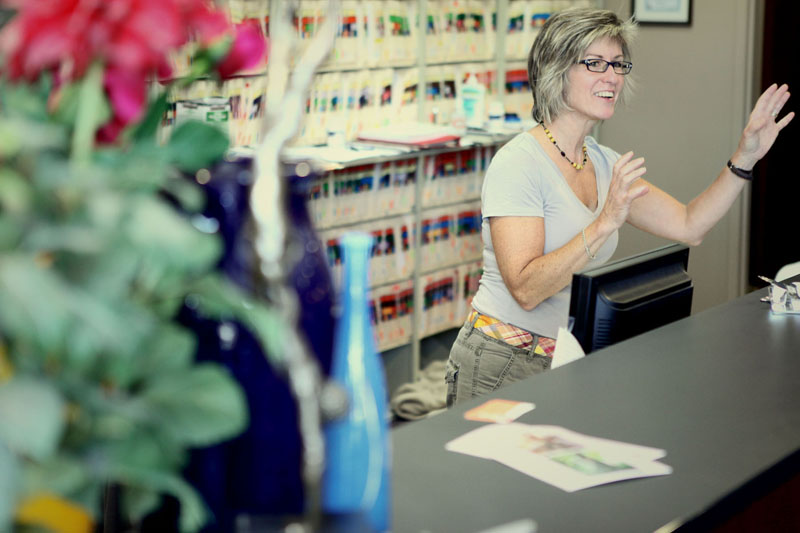 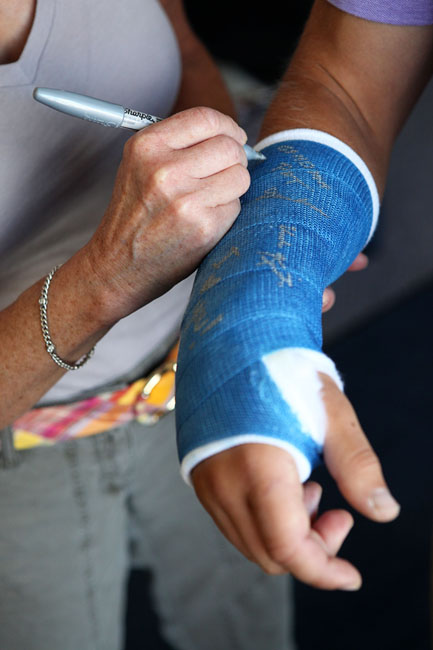 She gave her future daughter-in-law a hug before we headed out the door. 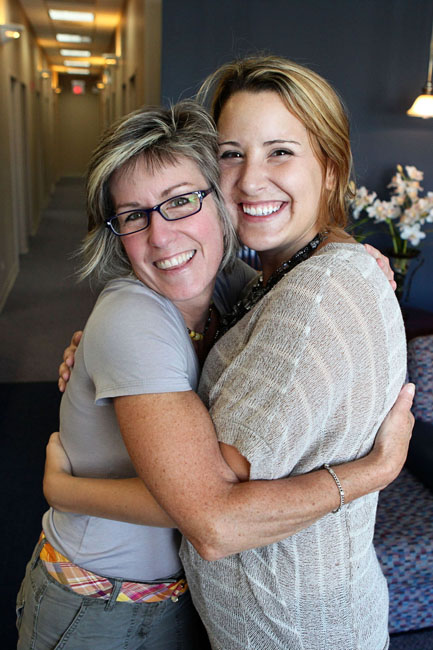 Chelsea’s mom was up next. We had a quick visit with her… 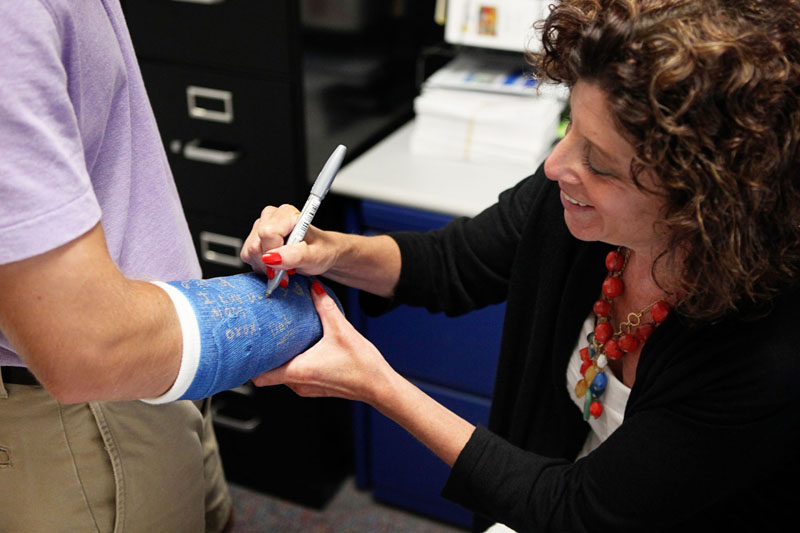 …and then headed to the house Dave grew up in. 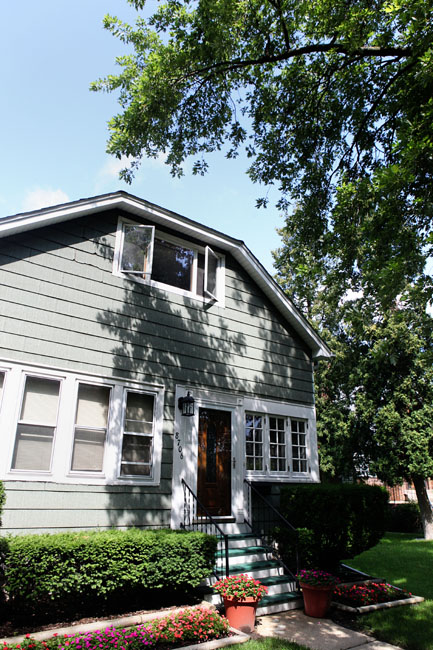 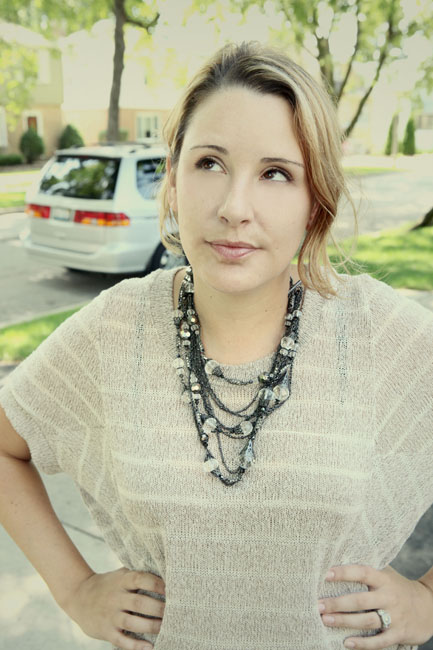 Dave’s dad was at home and added his signature to the collection. 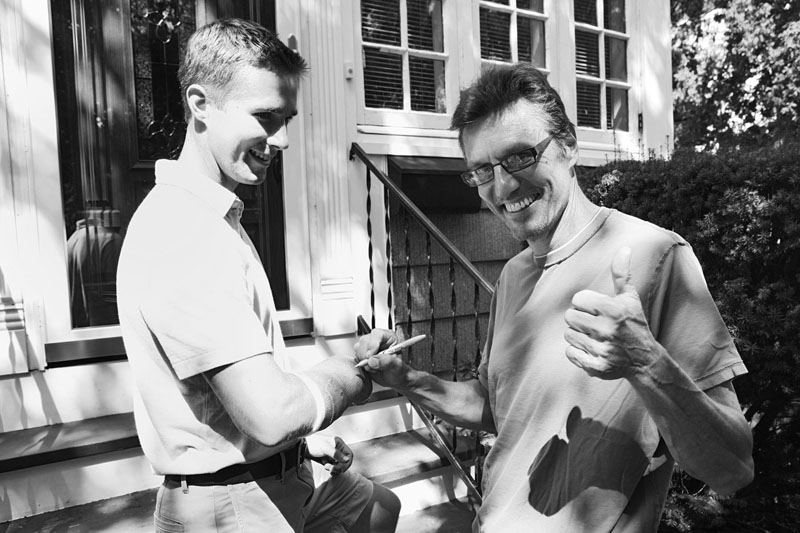 With the cast full of signatures we went back to their house to shovel poop. 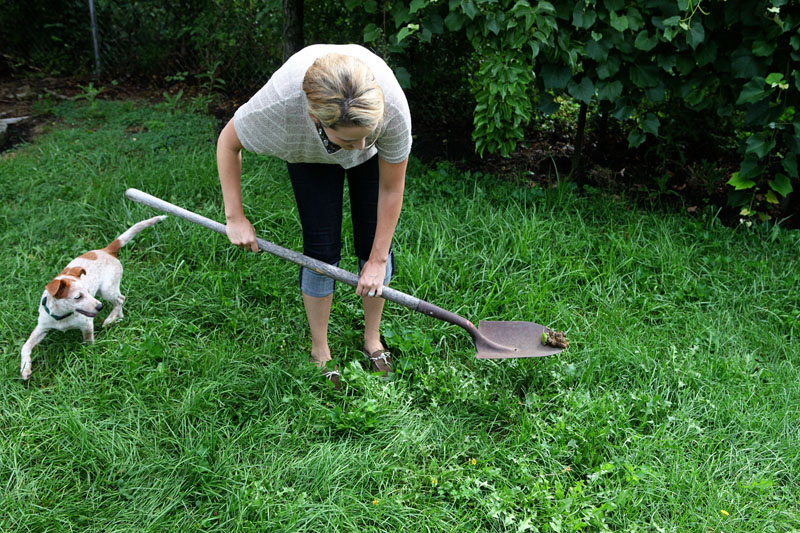 Nah…. we needed some pictures with their puppies! The big guy is Bogart and the littler guy is Beef. Bogart was afraid to step on the grass so Chelsea had to pick him up! 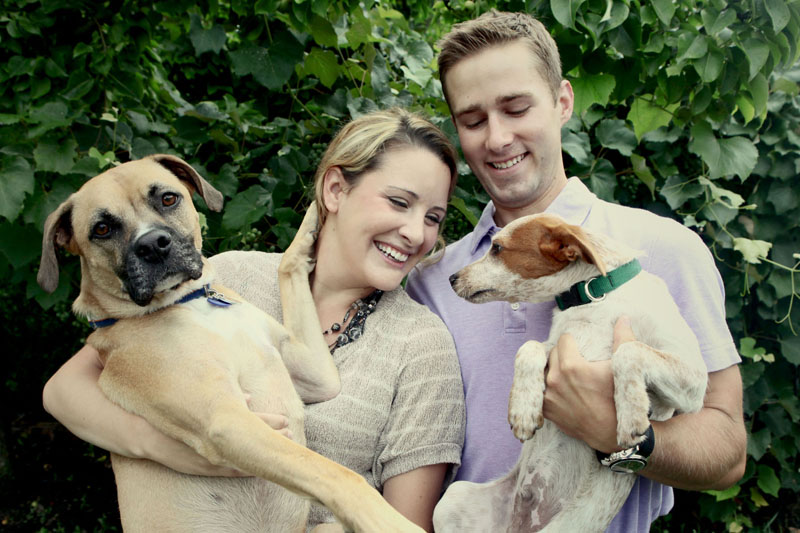 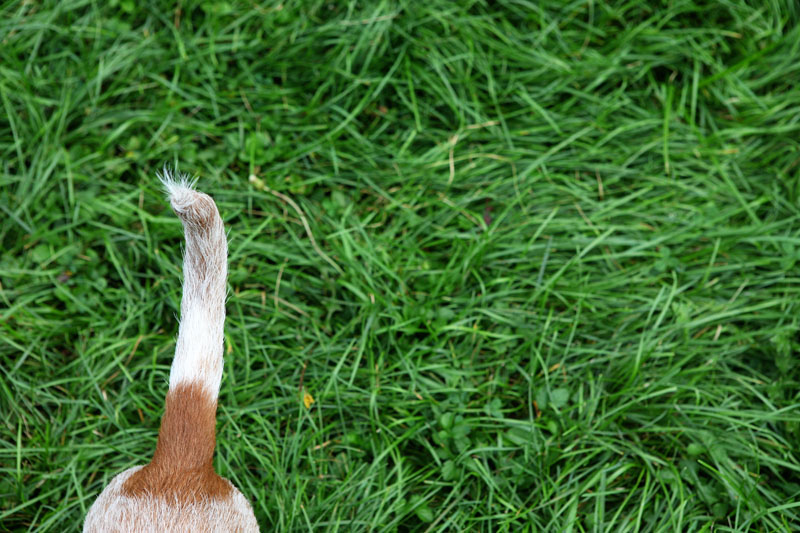 Beef is very tolerant of his brother. 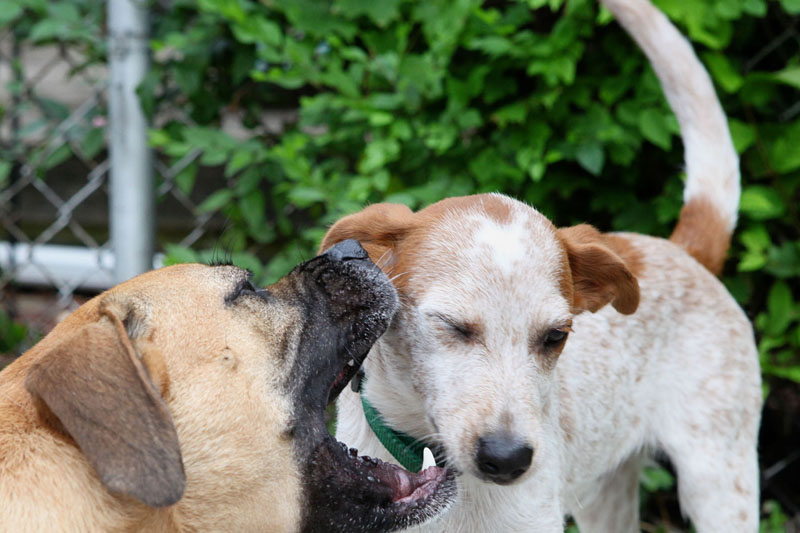 Who could resist rubbing that belly? 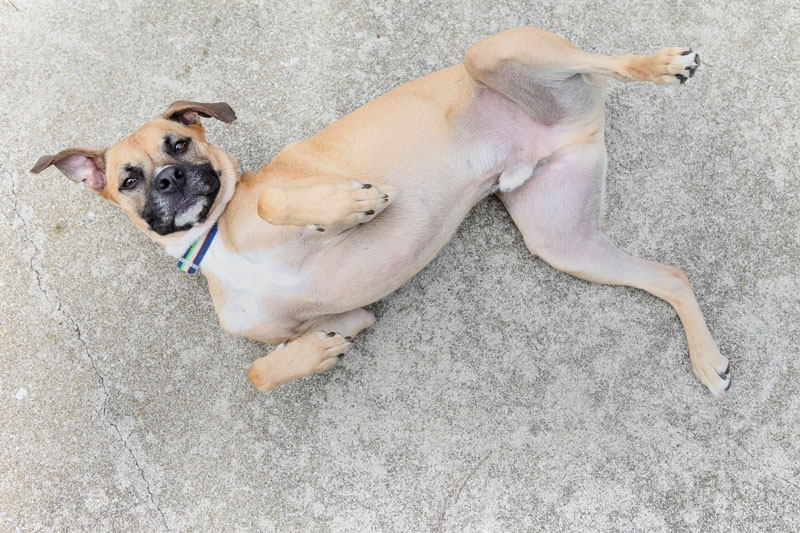 What a handsome pup. 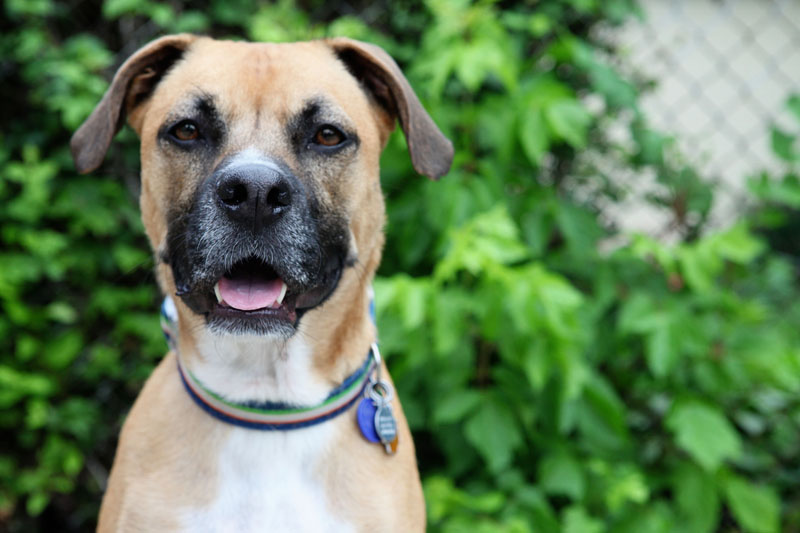 Beef struck a pose for me, too! 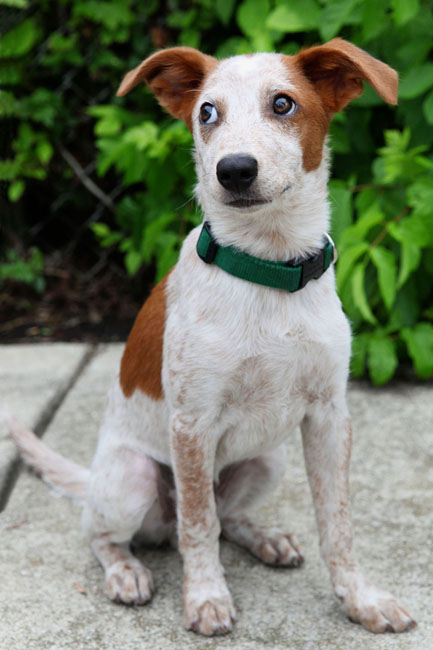 It was great meeting the family, Dave and Chelsea. I can’t wait to see everyone again at your wedding! 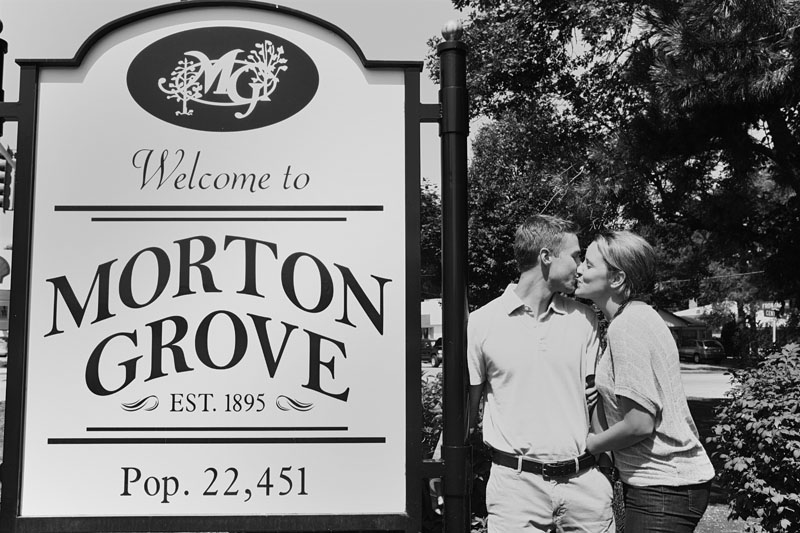