Erika and Tom were at City Hall, ready to see a judge and become husband and wife! I joined the couple, along with their immediate family, as they tied the knot.

The seconds were just inching by… 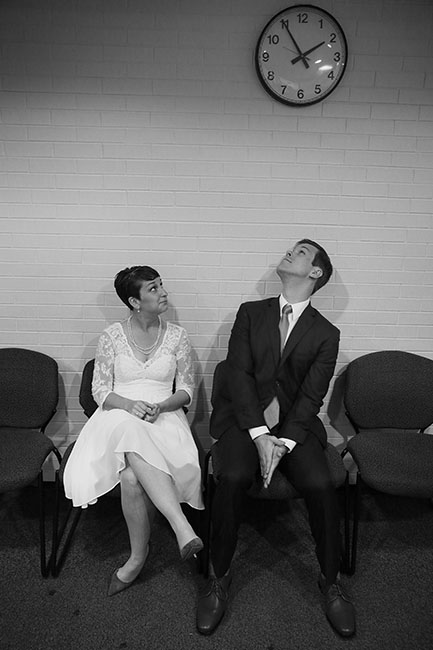 …but soon enough, Erika and Tom were exchanging their vows. 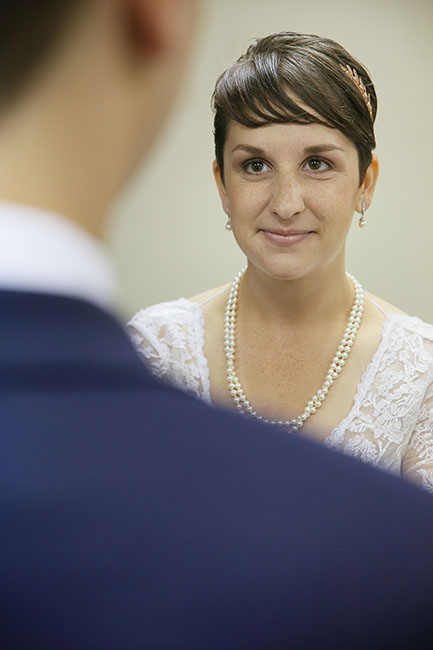 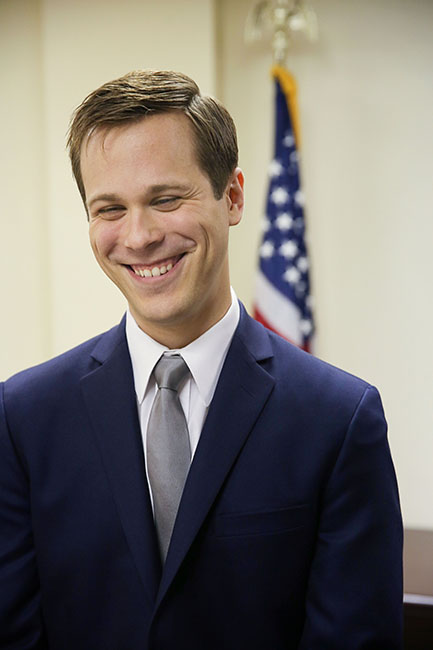 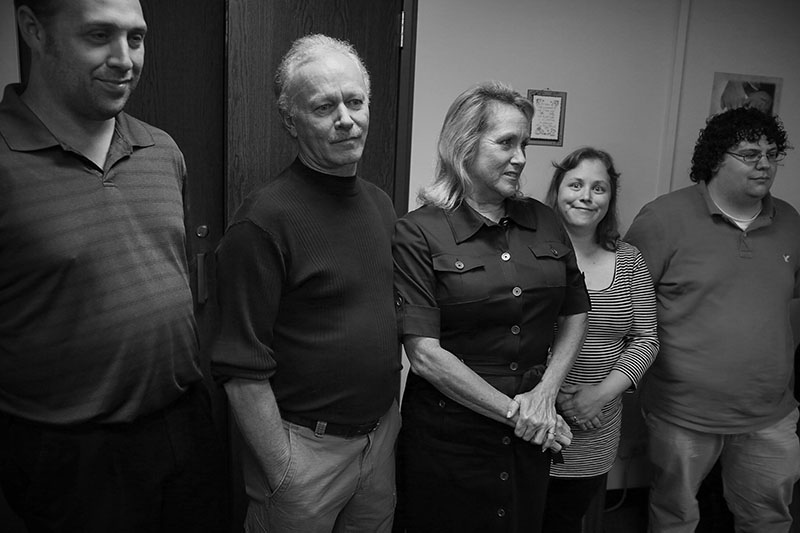 With vows and rings exchanged, these two were married! 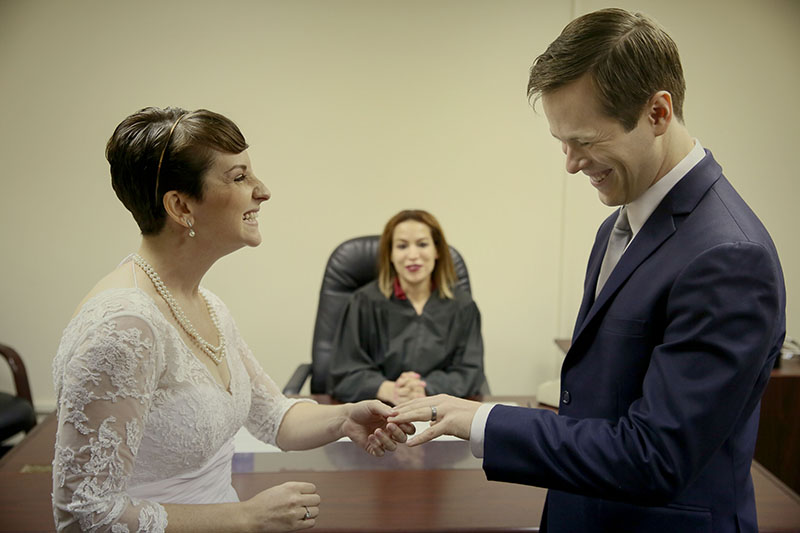 Handshakes all around! Nice doing business with you. 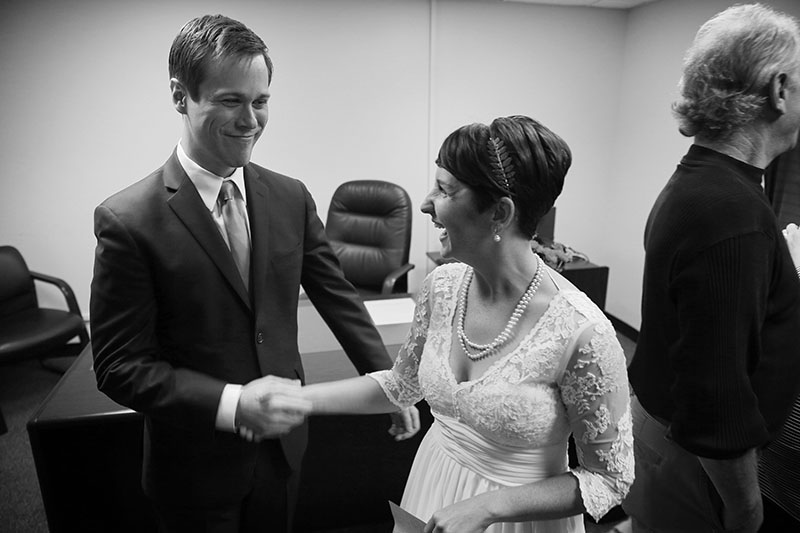 But seriously, there were a lot of hugs and well-wishes from family. It was such a happy moment! 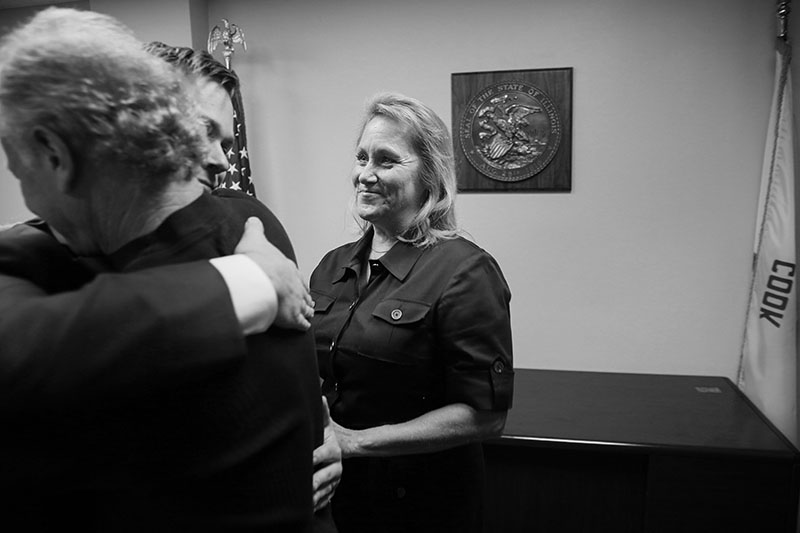 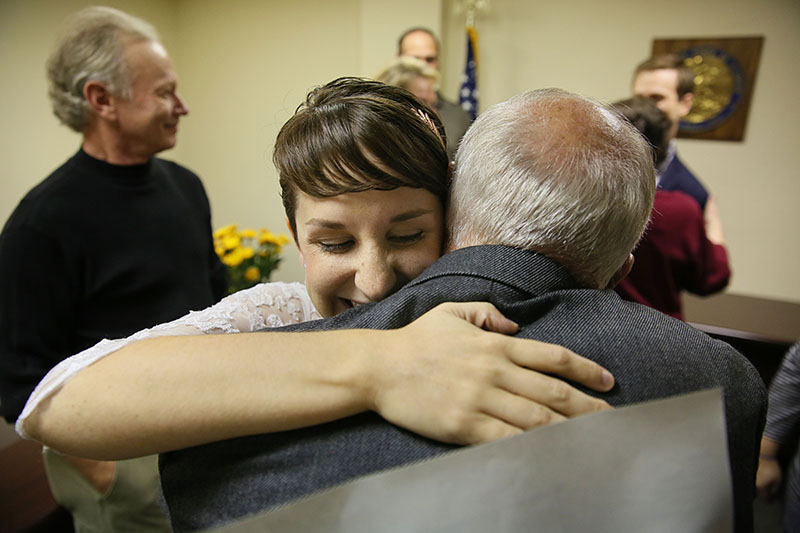 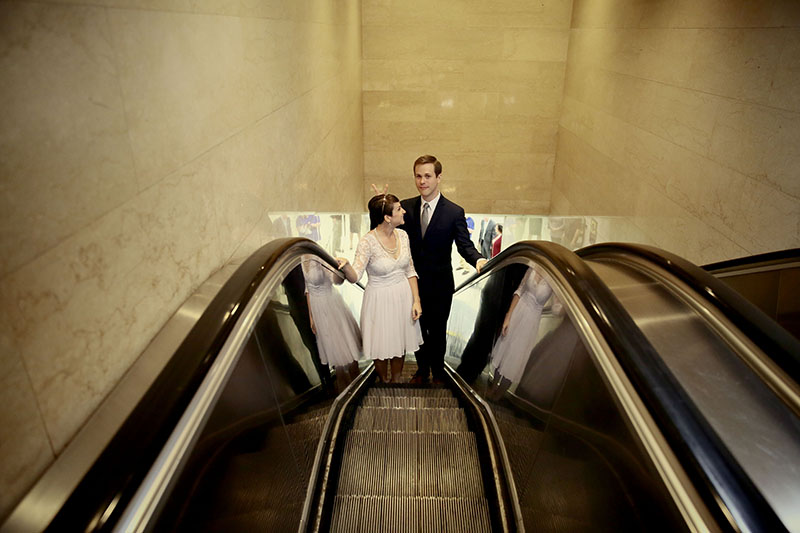 …and then we set off for a portrait session. It was super windy that day, but it wasn’t going to deter us from taking some great photos! 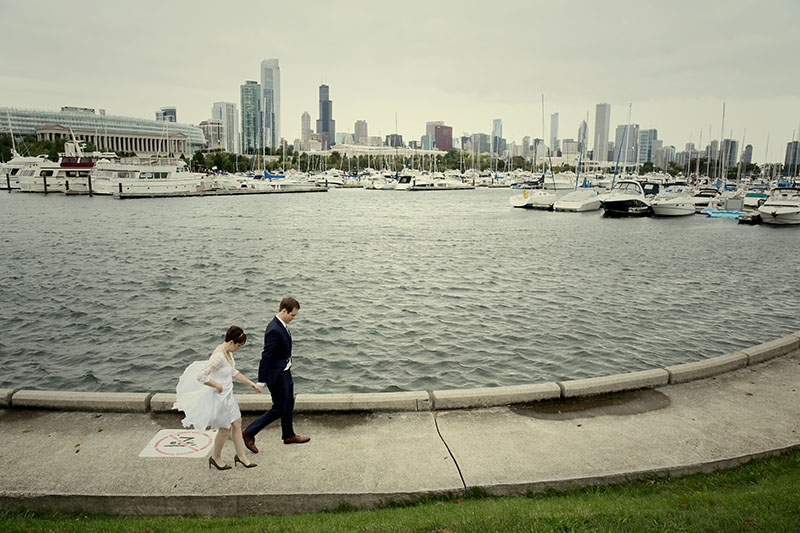 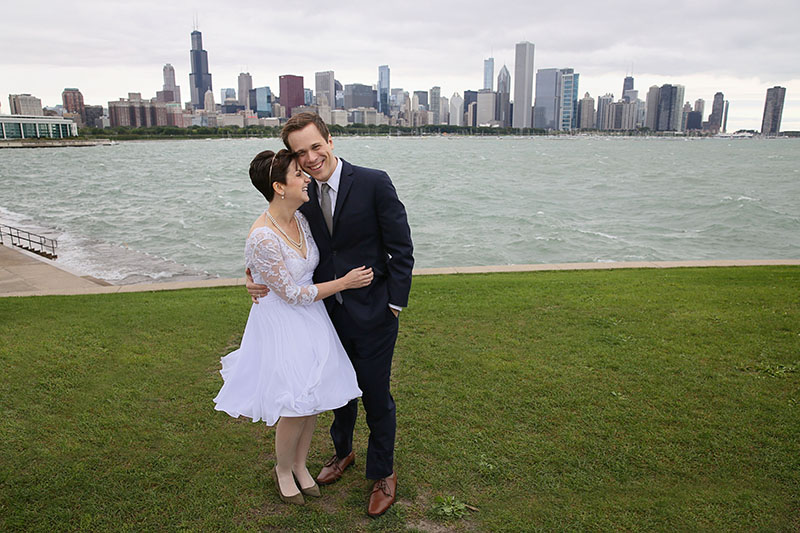 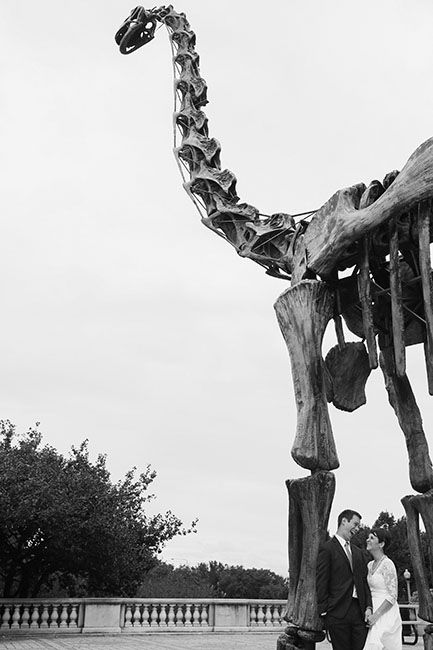 …and then headed over to check out the Art Institute garden. 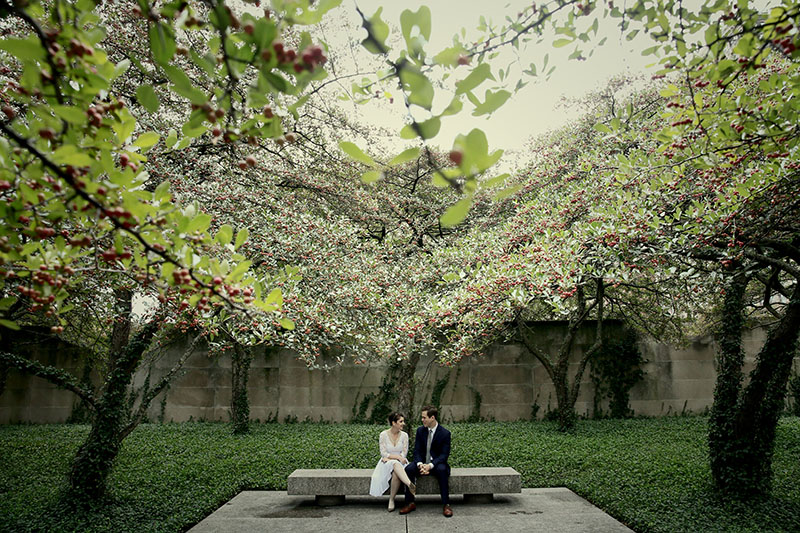 A few drops of rain hit Erika’s shoes, but it didn’t dampen our spirits. These two were all smiles as we took our time strolling through the garden: 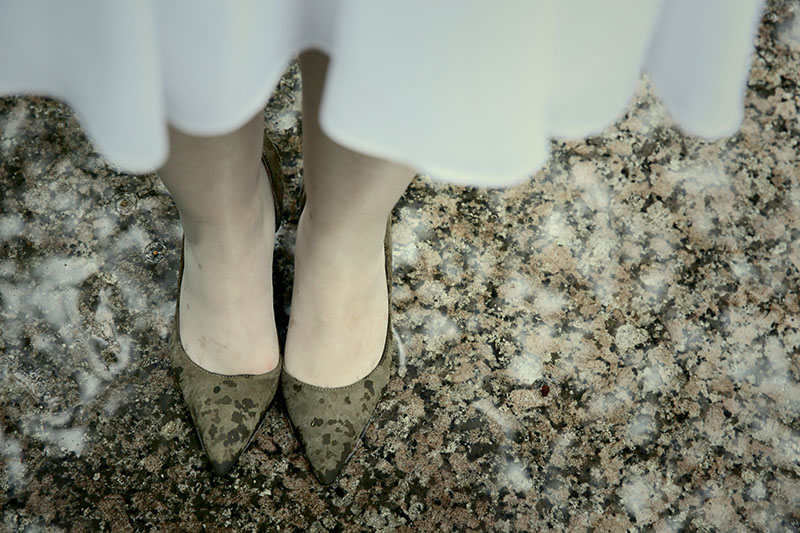 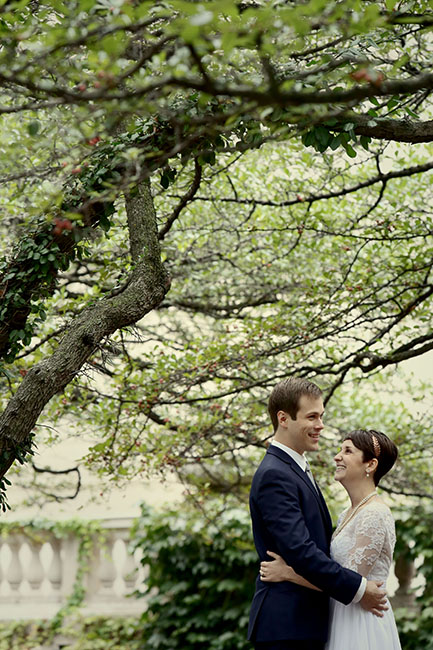 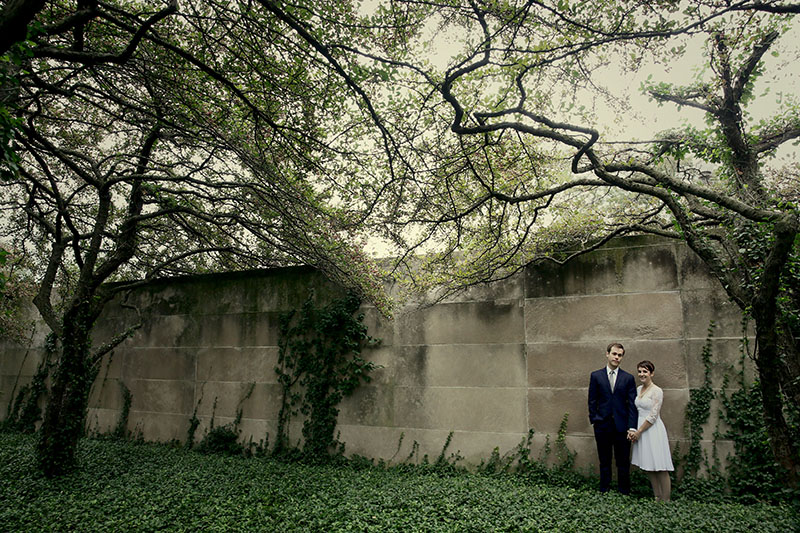 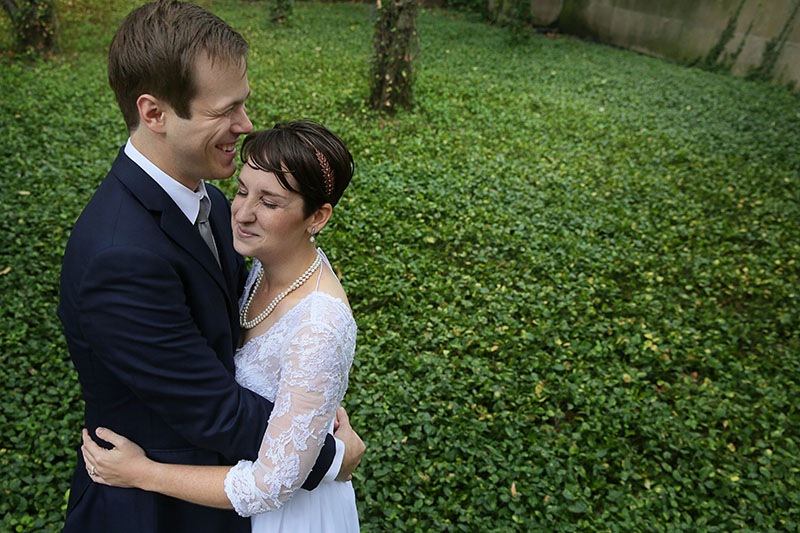 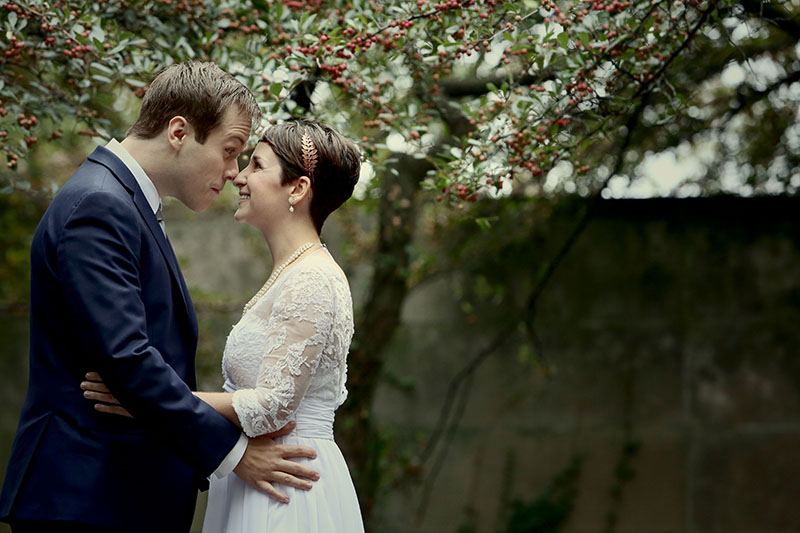 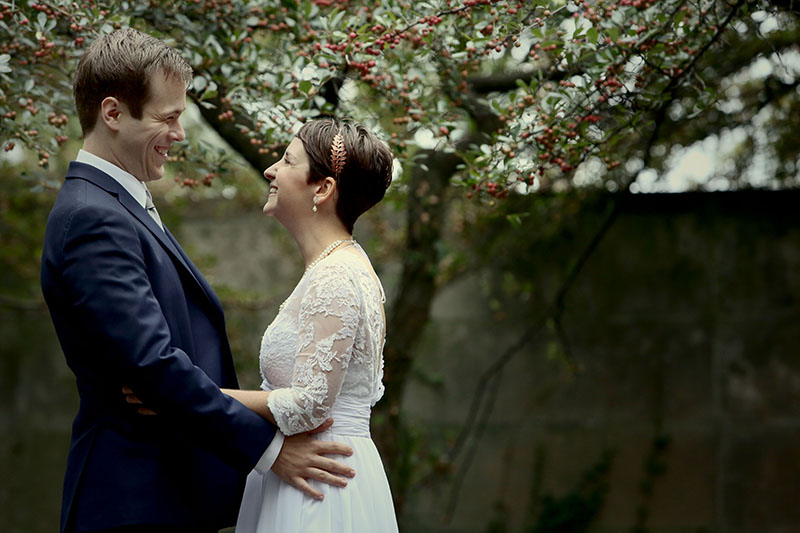 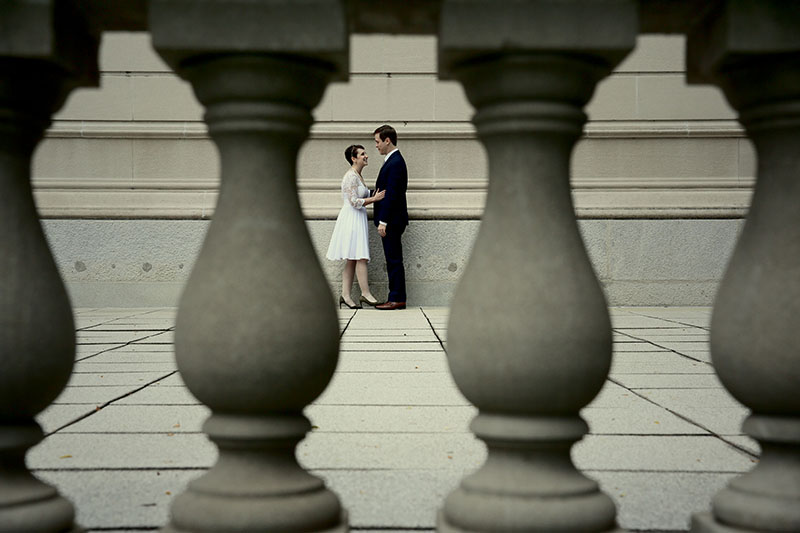 When we left the garden… 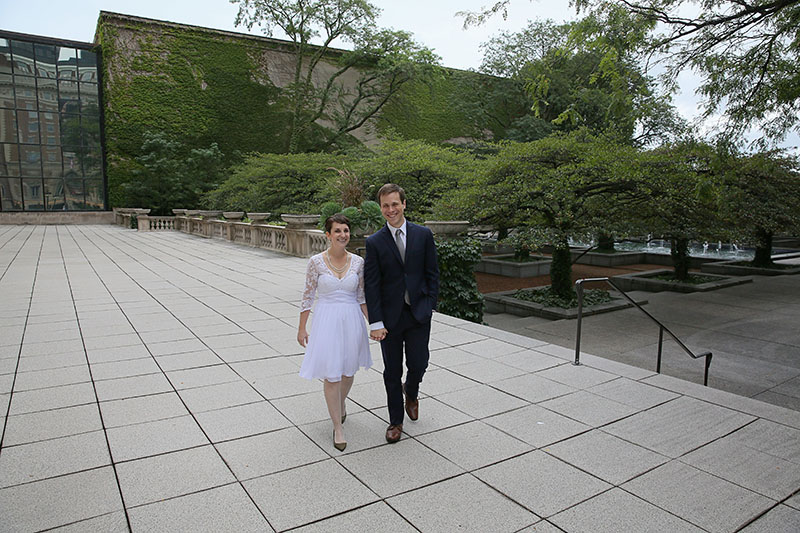 …we headed up the street a few blocks to Fourth Presbyterian on Michigan Avenue. 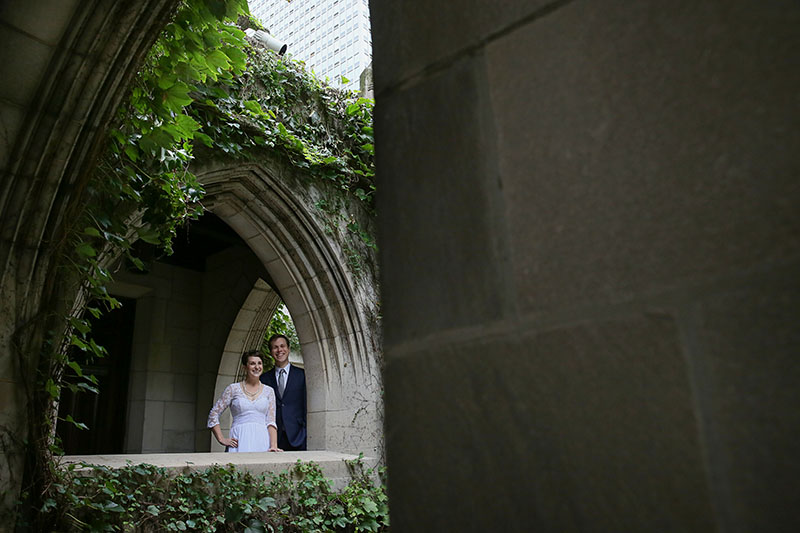 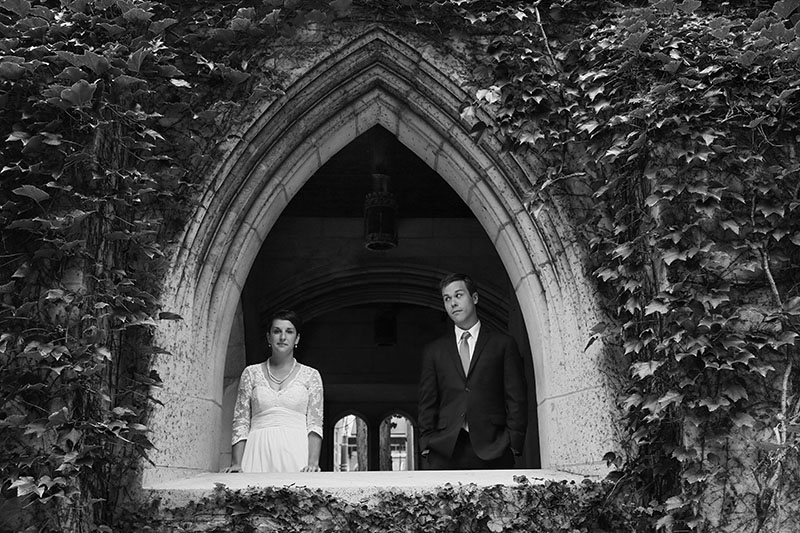 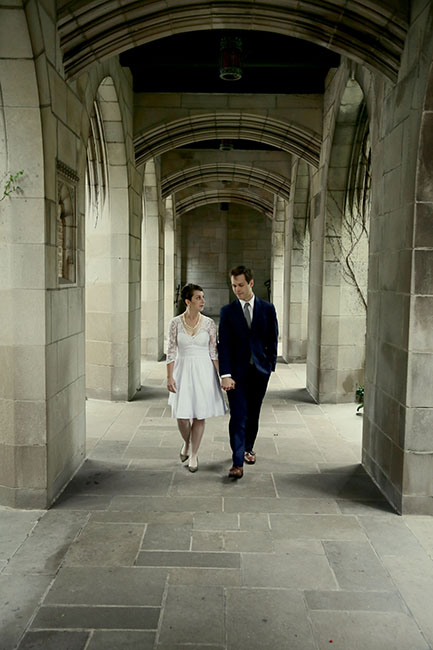 A few snaps later and we were at the Kinzie Street Bridge- our final stop. Erika had to tread carefully to avoid the heel of her shoes slipping through the planks of the walkway! 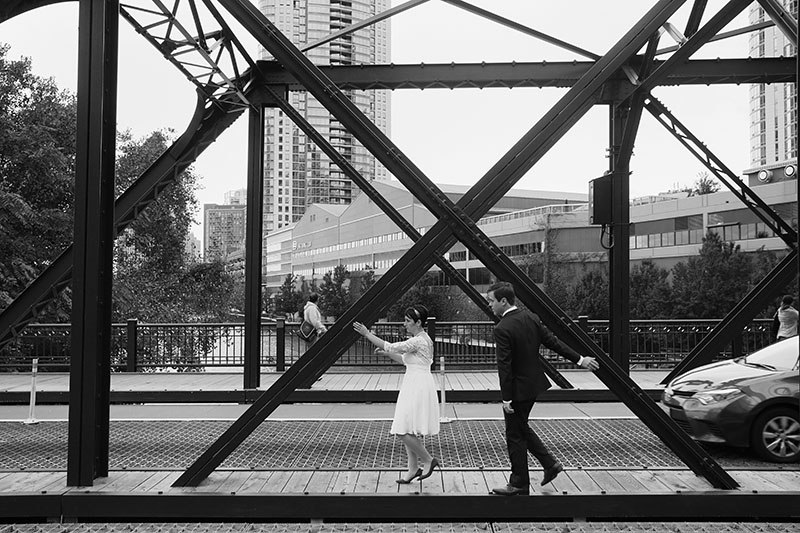 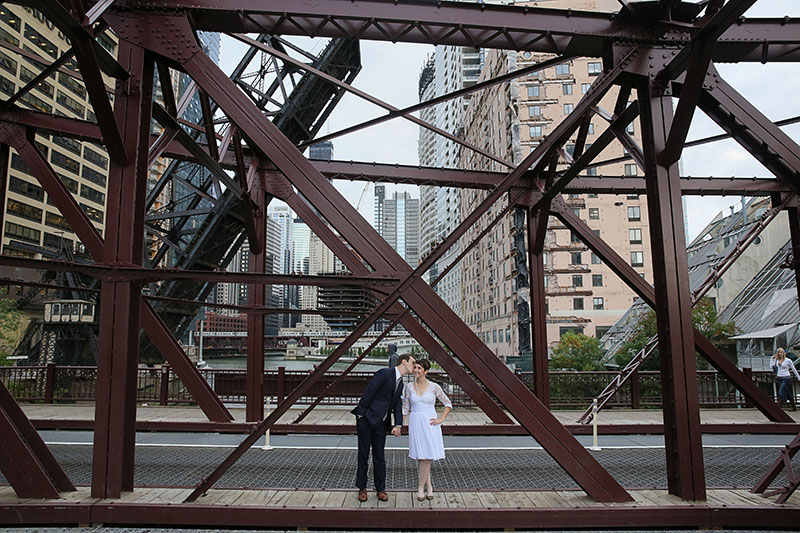 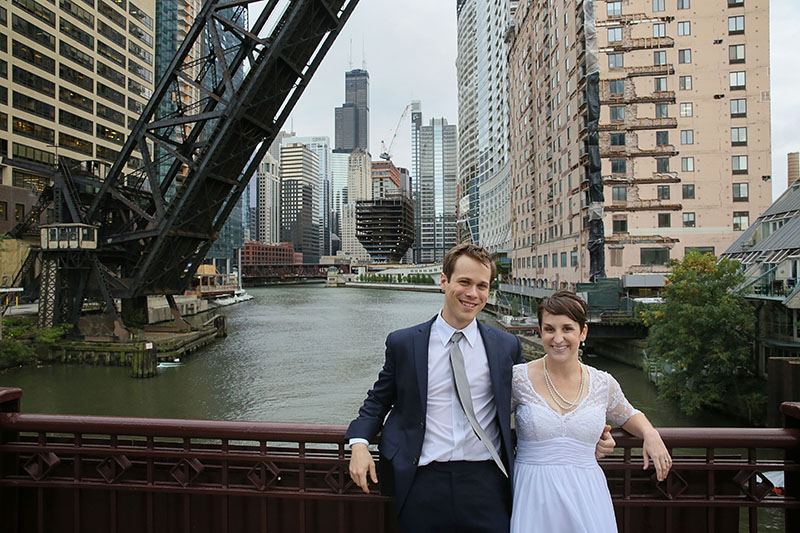 Congratulations on your marriage, Erika and Tom, and thank-you for allowing me to be part of your wedding day! 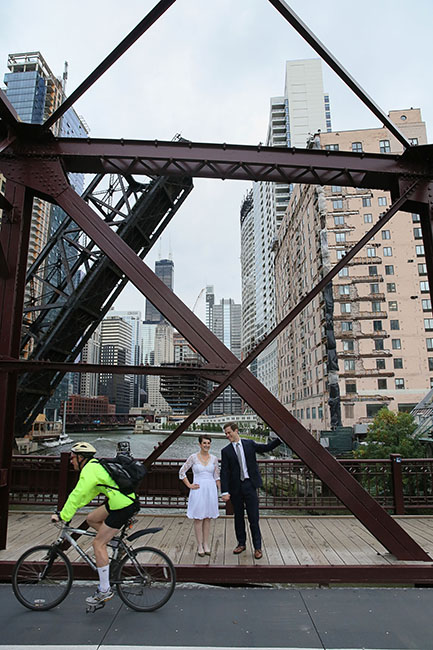