Henry, Spencer and Griffin were ready for their time in front of the camera! 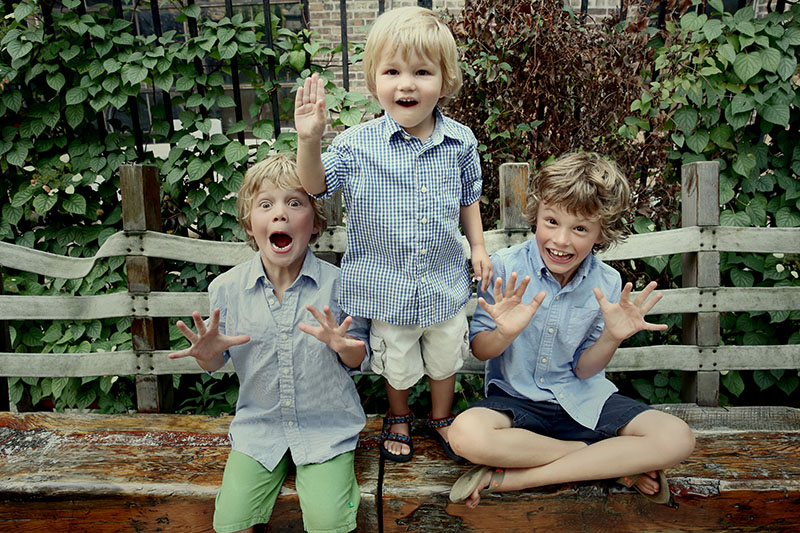 I recently met up with these three brothers and their parents for a family shoot inside Salvage One. 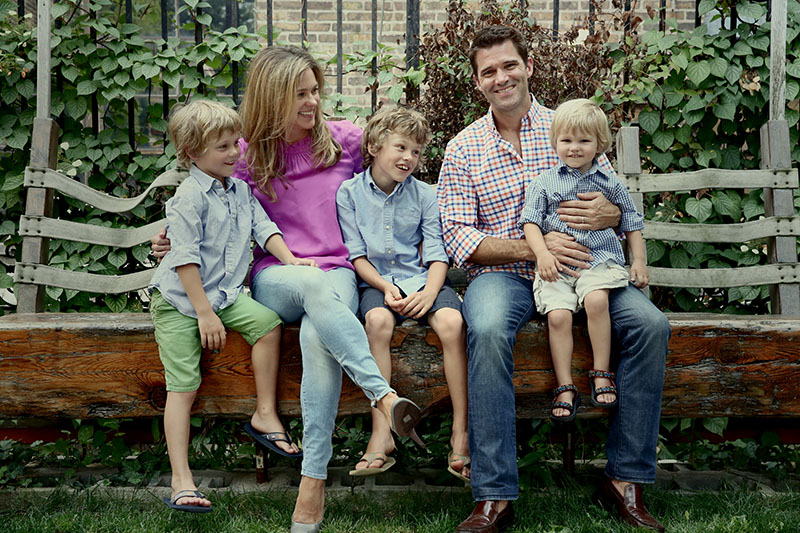 The boys did a great job posing for photos… 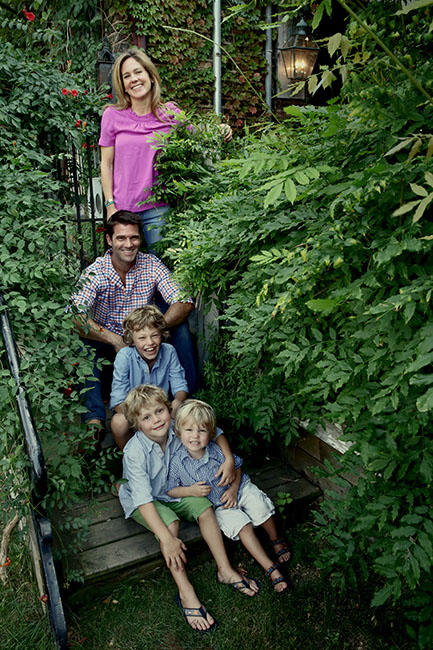 …but the lure of the pinball machine proved to be too much. It’s hard to be that age and pass up a game! 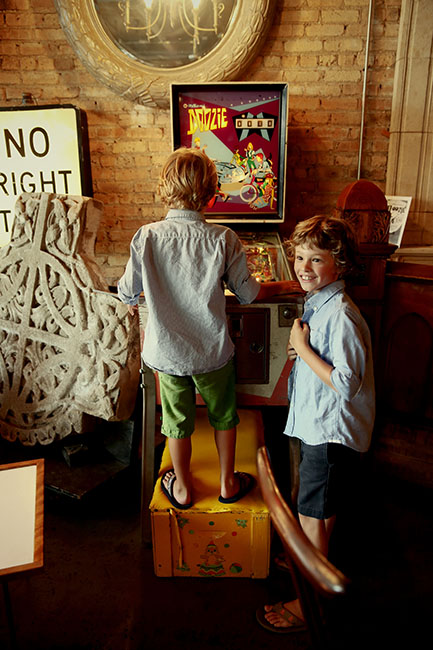 After a few rounds of pinball we headed down the street to the rail yard. 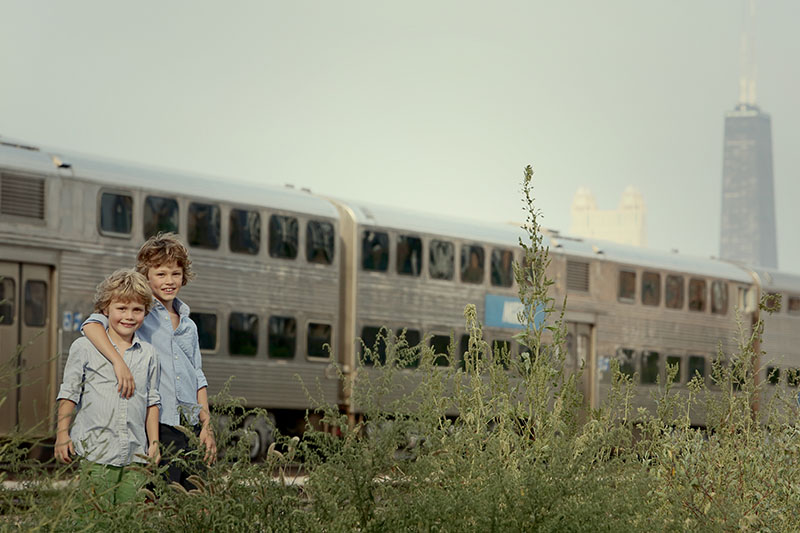 The family carefully navigated the path… 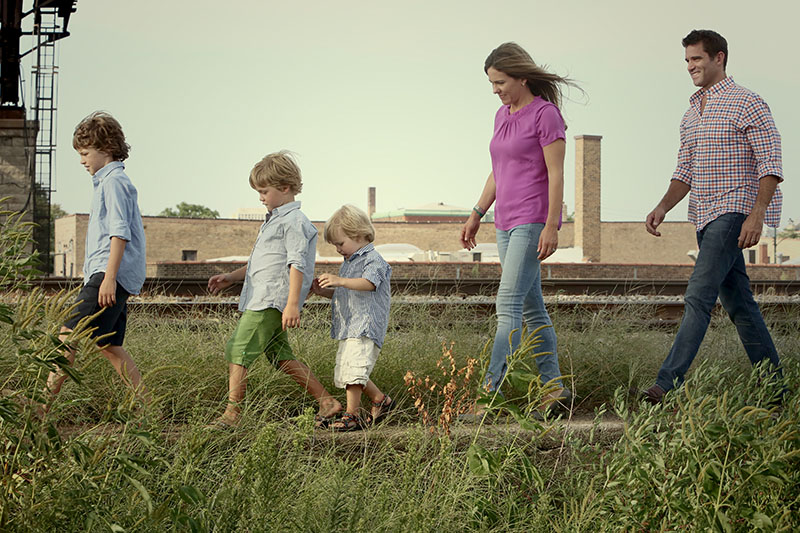 …and fell into formation. 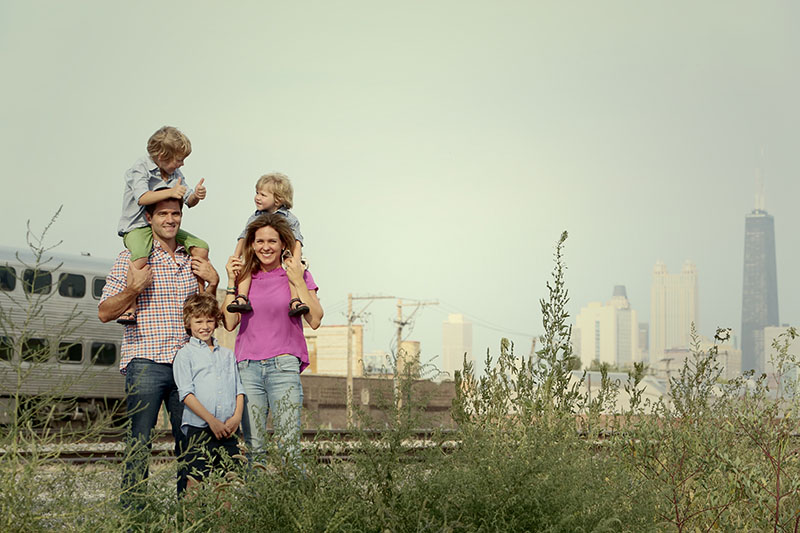 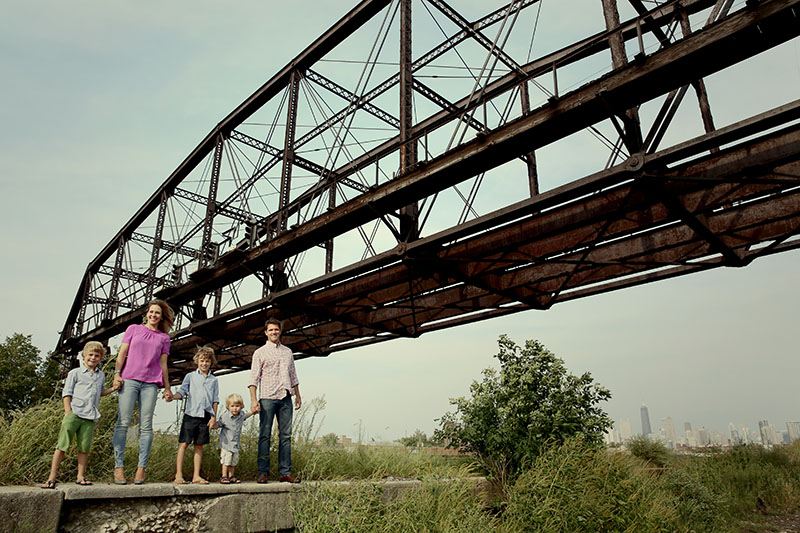 There was energy to spare with this group… 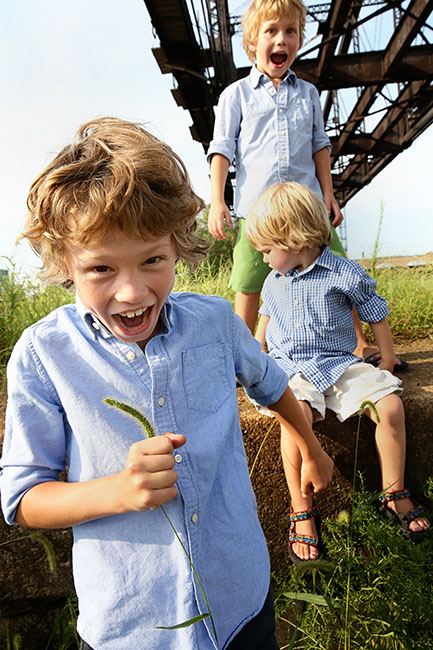 …and it made for some excellent ‘funny face’ pictures! 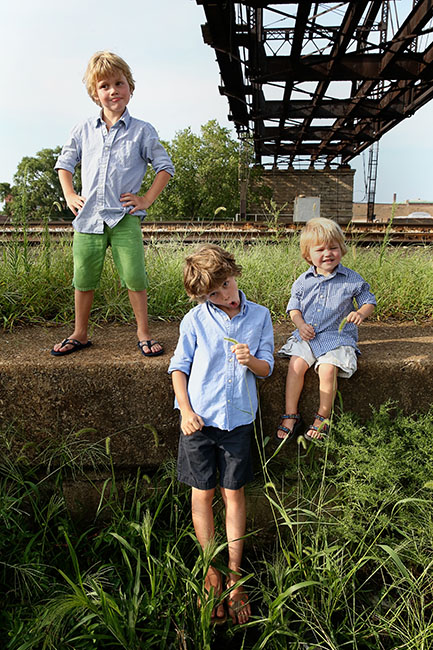 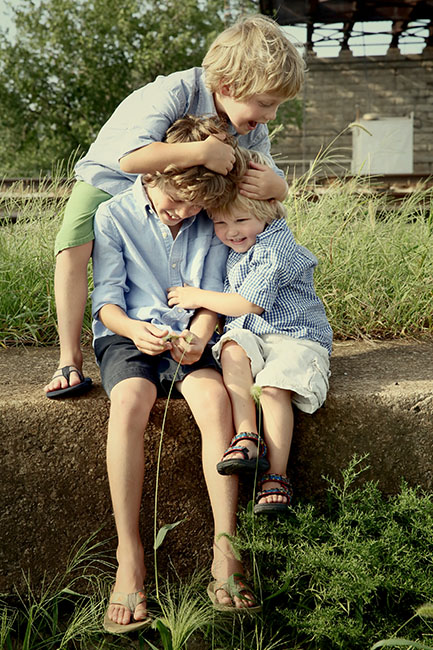 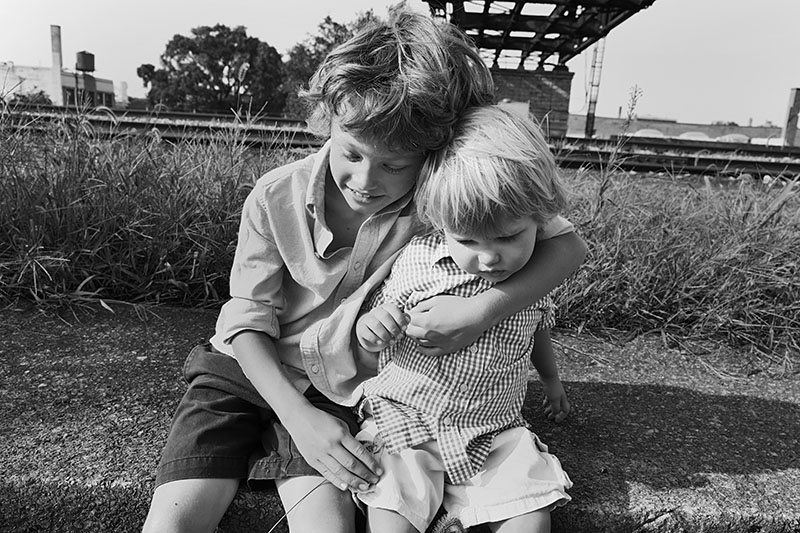 I think we have three future wrestlers on our hands. What say you, brothers? Dare you take on the luchador? 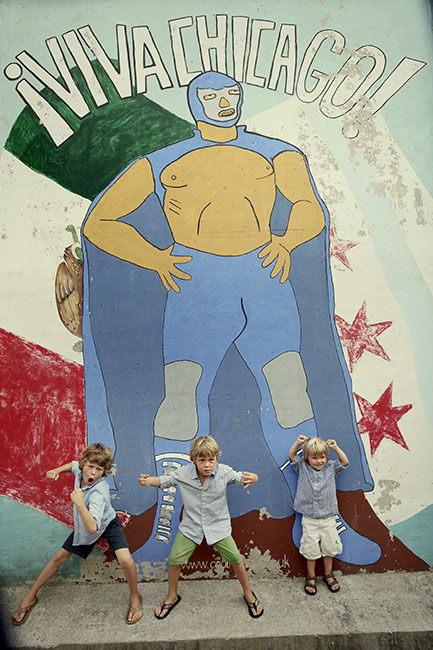 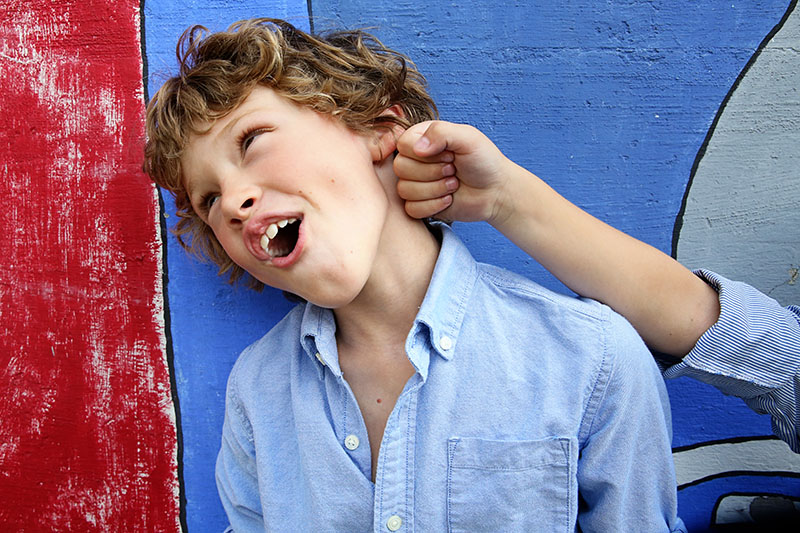 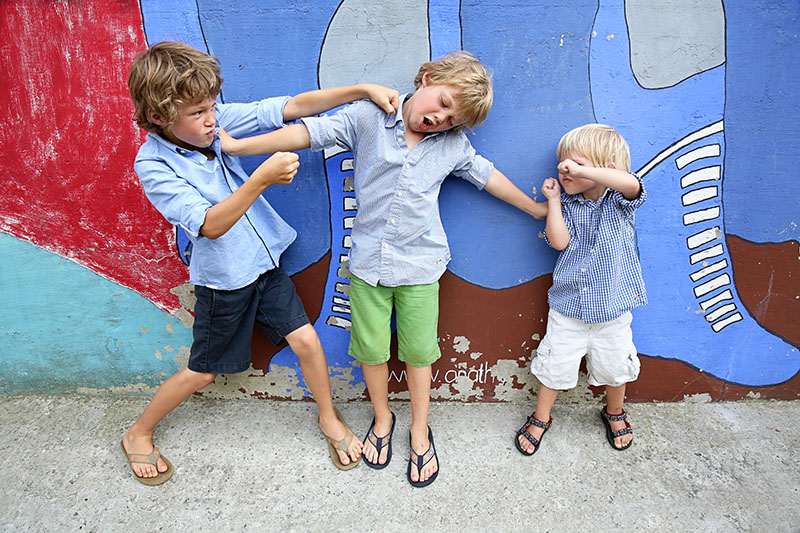 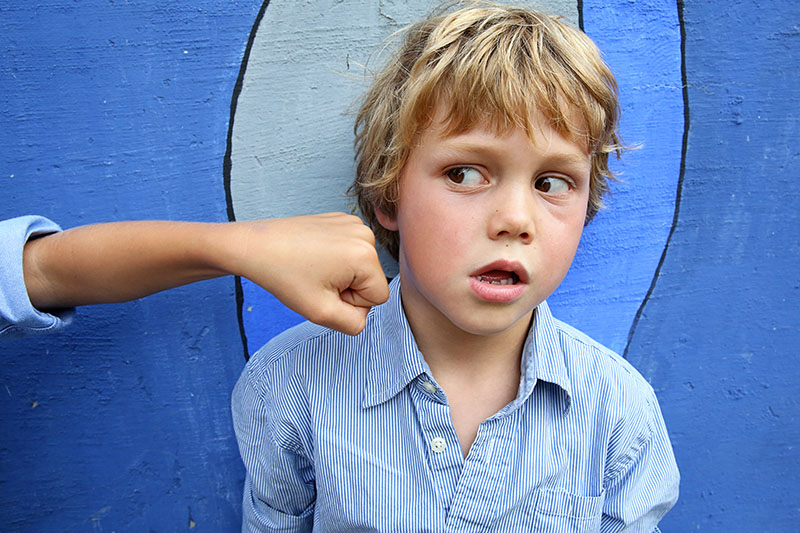 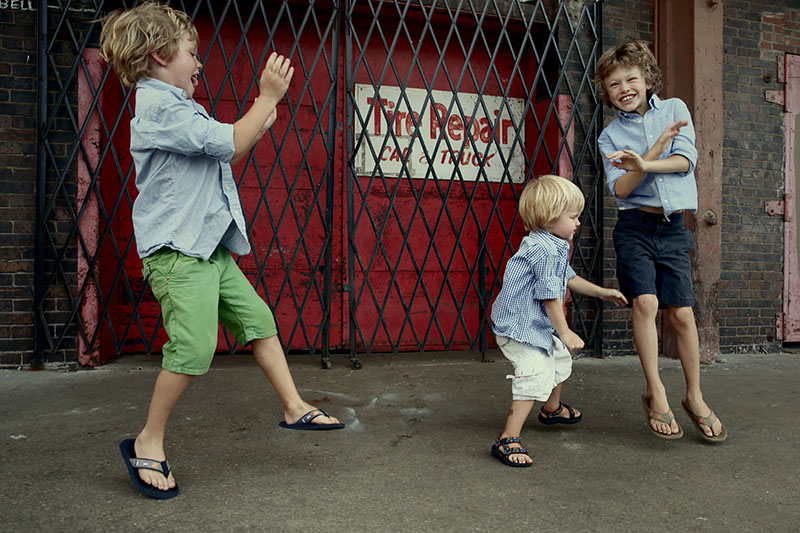 …but luckily things transitioned into a dance party! 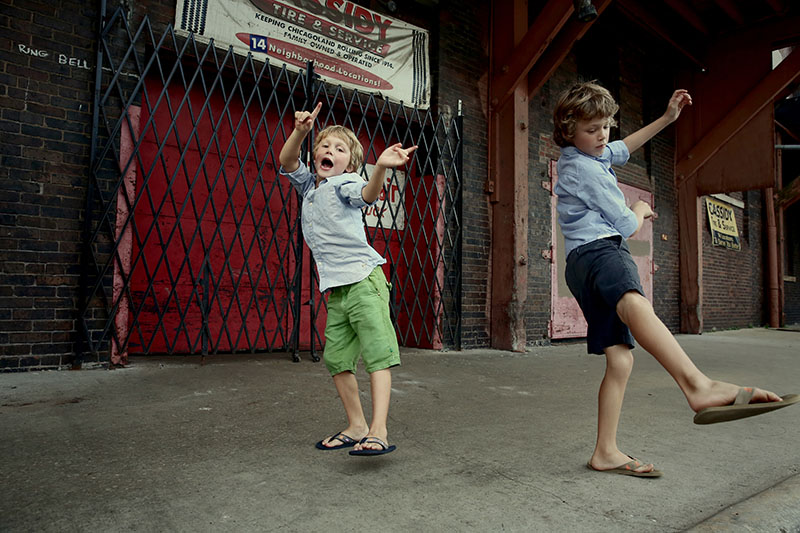 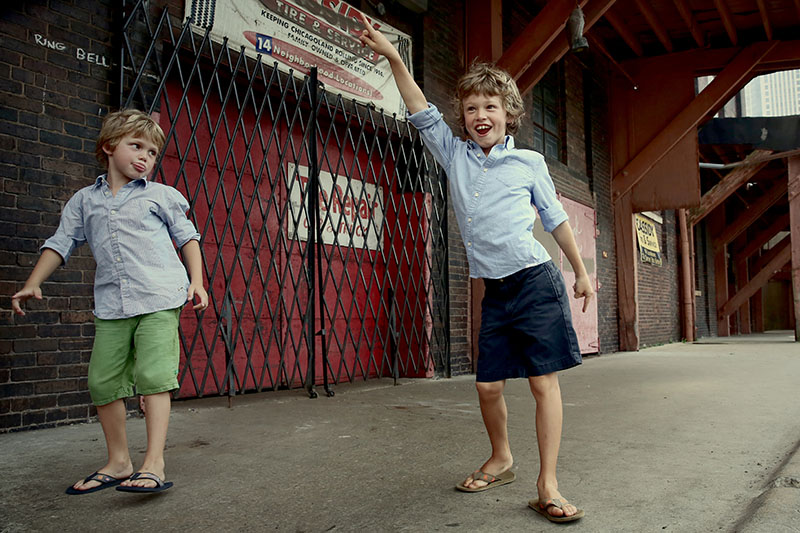 Little Griffin didn’t want to be left out… 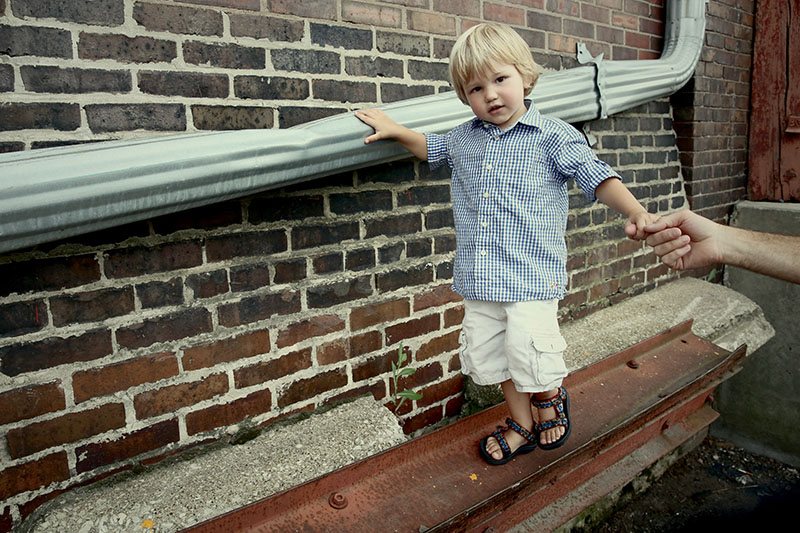 …and he put on his bestest smile for the camera. 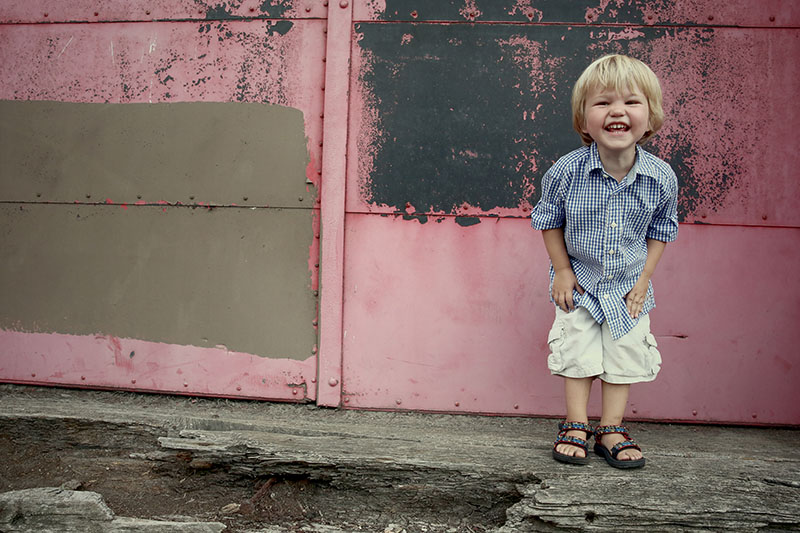 I thought the guys would get a kick out of the monster house, so we ventured into the west loop to check it out. 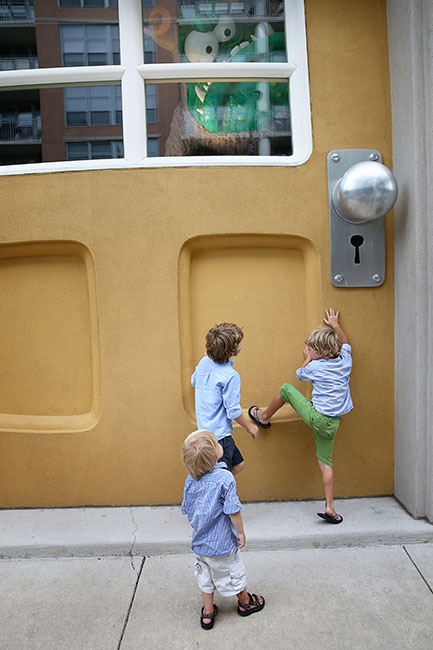 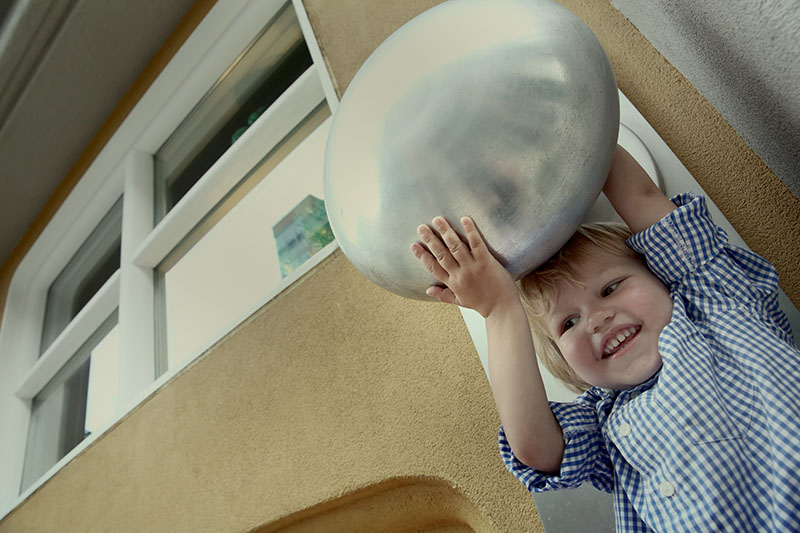 The monster house gets two big thumbs up. 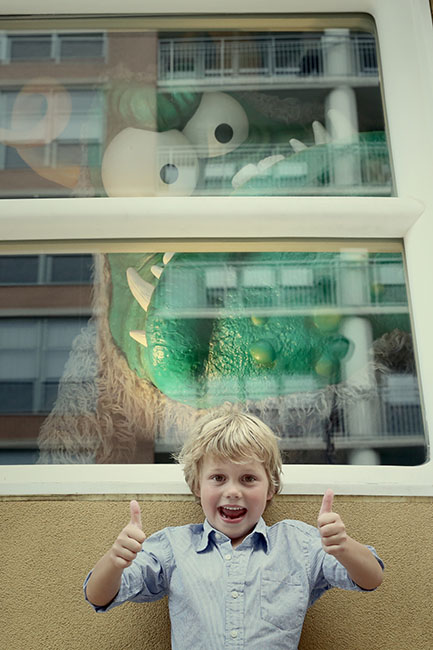 It was hard to pry them away from it! 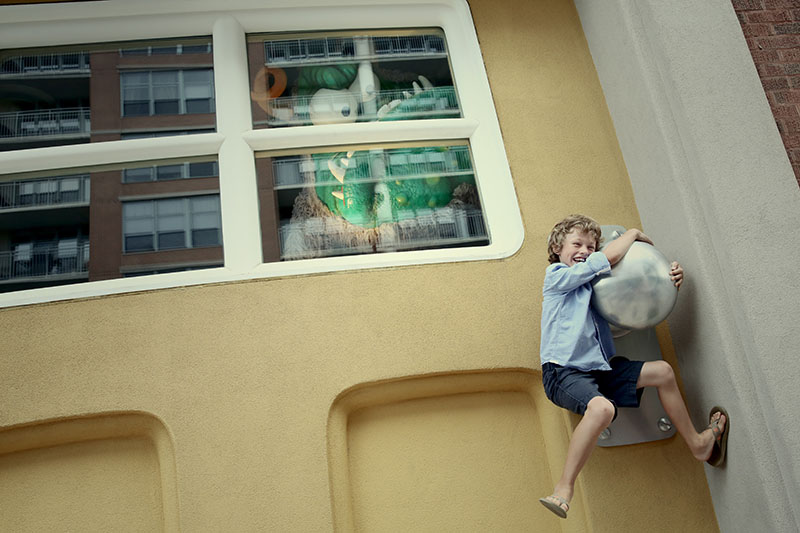 But there was one offer they couldn’t refuse… 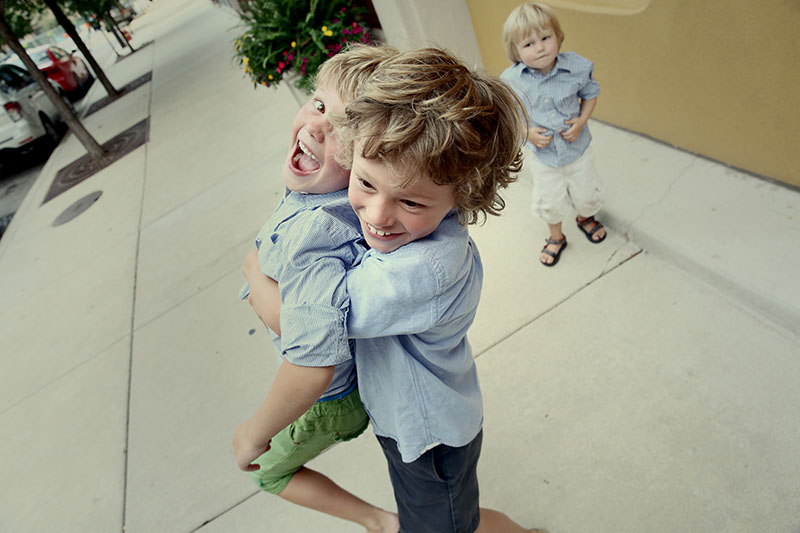 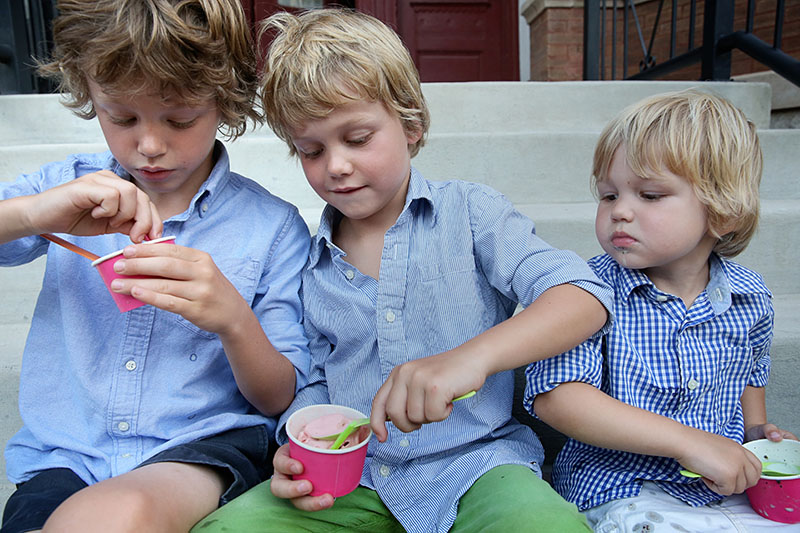 Each boy got a cup of frosty goodness as a reward for a job well done. 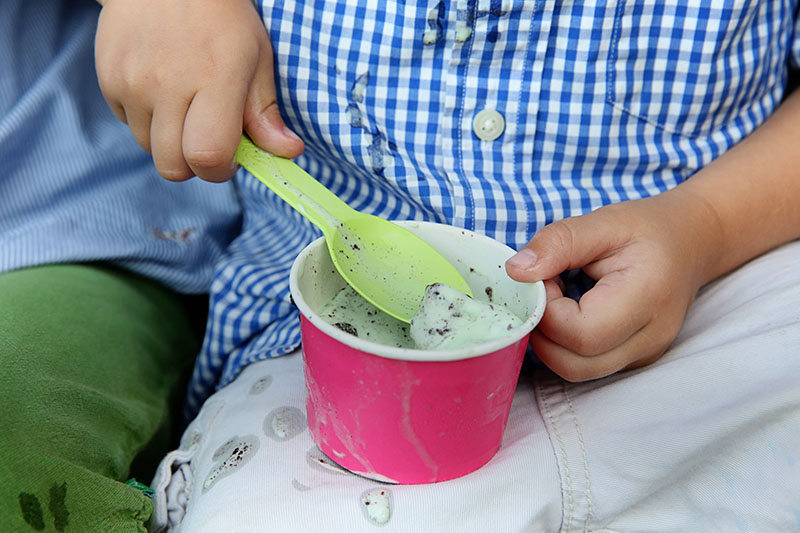 It was great to meet you and your parents, Henry, Spencer and Griffin! Keep having fun together! 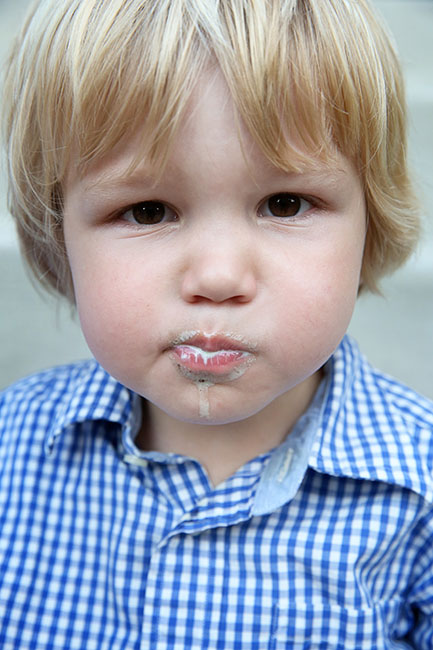