I’m so excited that we now have the lovely and talented Jenny Elwick shooting for us in San Francisco, and even more excited to be able to show the work from her first official JLP wedding!

Jenny was with Tabitha and Jason as they took the plunge at San Francisco’s City Hall. This fun and creative couple, who call East Bay home, have been together for over 7 years and decided to make it official. They had a huge celebration a few weeks later- a reception at a winery with all their friends and family- but wanted to keep their marriage ceremony small and intimate. So they got dolled up and headed down to City Hall to see a judge! 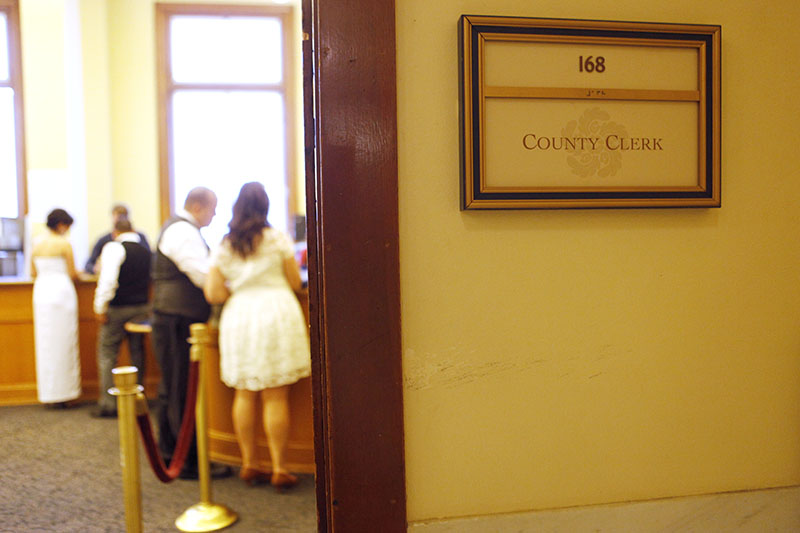 The day started with filling out all the appropriate paper work. 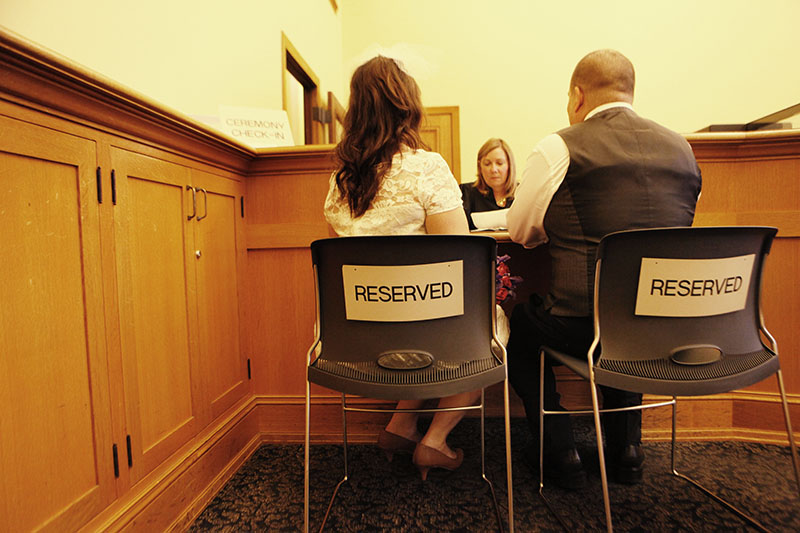 The judge gave them all the appropriate details, including some information on the spot where they would be saying their vows. The staircase- which you’ll see more of in a bit- was used while filming one of the Indiana Jones movies. Very cool! 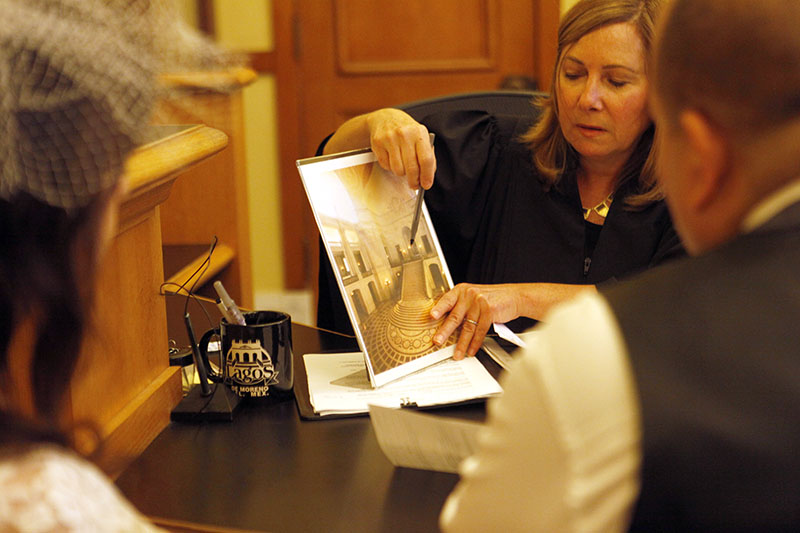 They had about an hour to wait before the ceremony, which was perfect- just enough time to shoot some pictures around the gorgeous City Hall building. 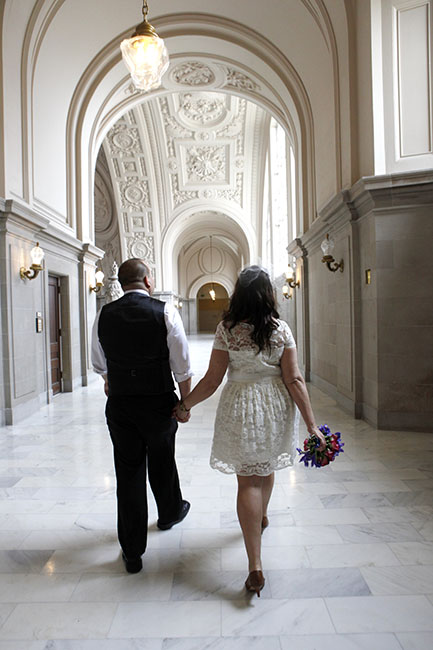 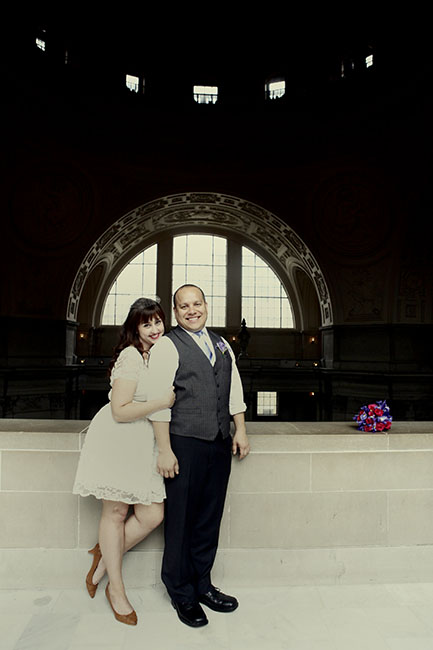 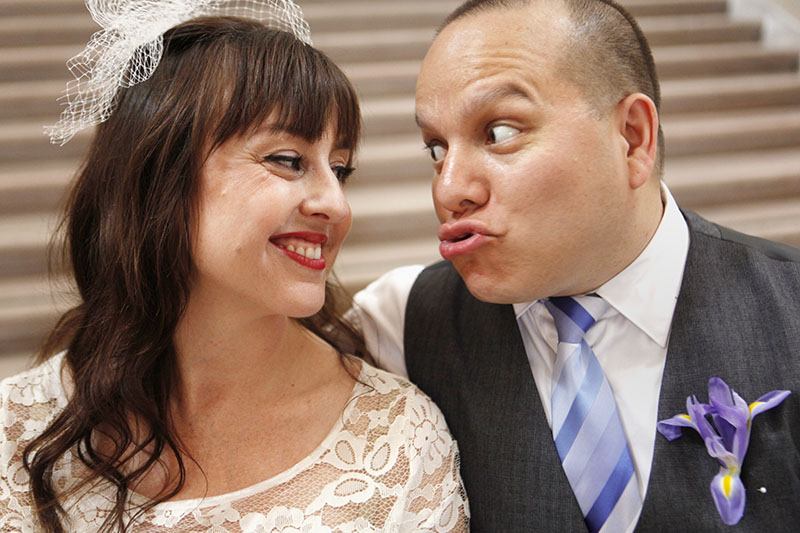 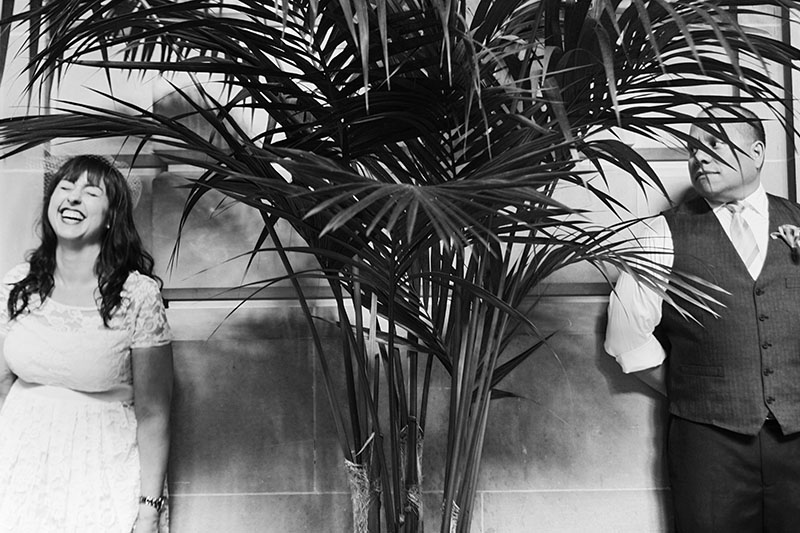 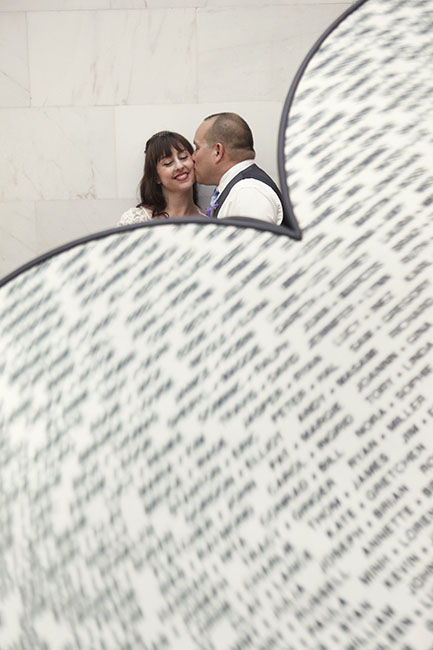 The big moment was getting close… Tabitha and Jason watched as the couple in line before them had their ceremony. Tabitha admitted to getting a little choked up watching their “I do’s”… she was extra-ready to say her own! 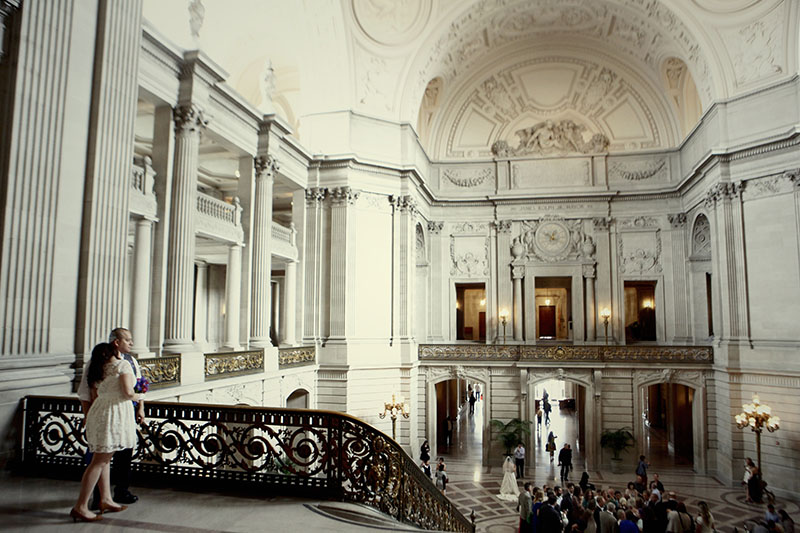 The judge called them over to their ceremony spot, and they turned to face each other as the proceedings began. 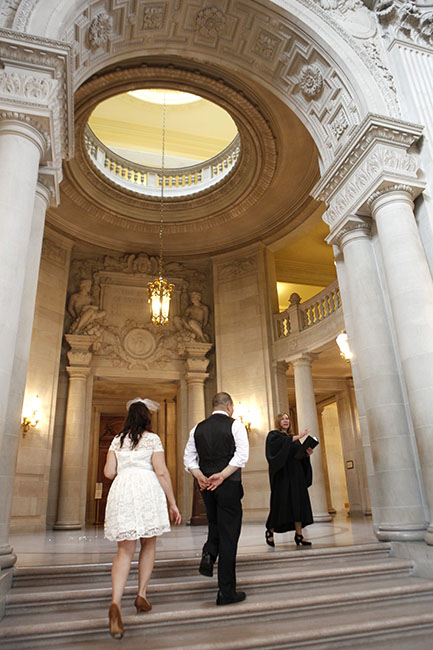 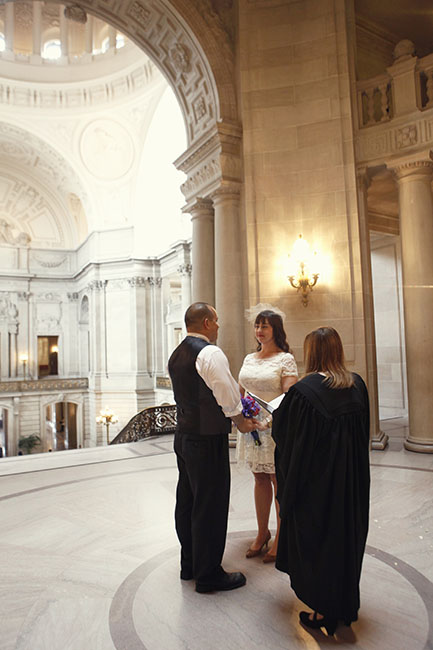 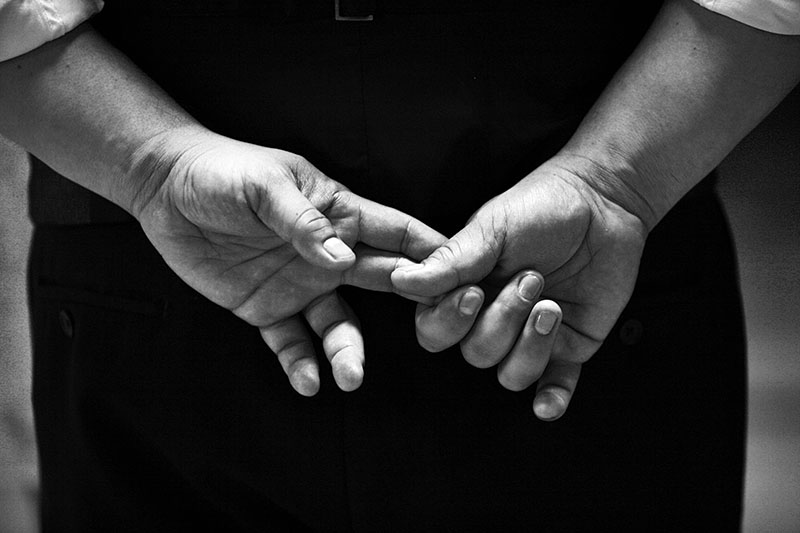 Look at that smile! Jason made for one happy groom! 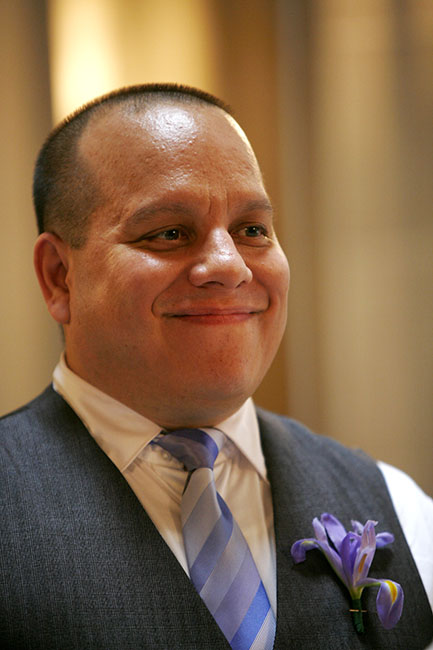 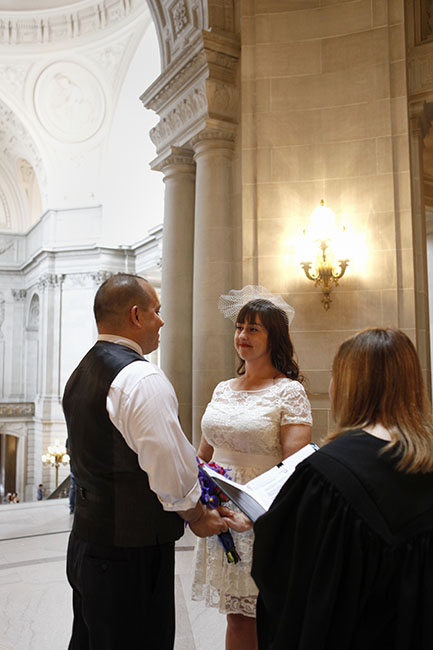 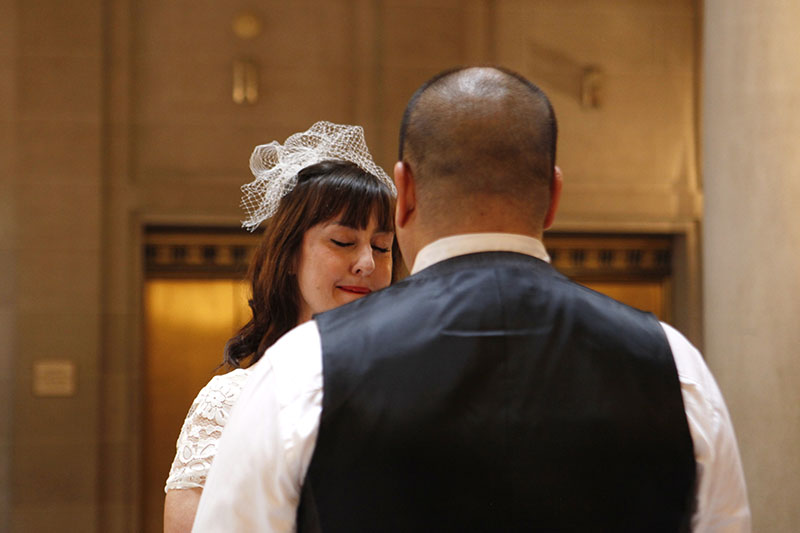 It may have only lasted about 3 minutes, but it was a very special moment. Jason and Tabitha were absolutely beaming as they left City Hall… 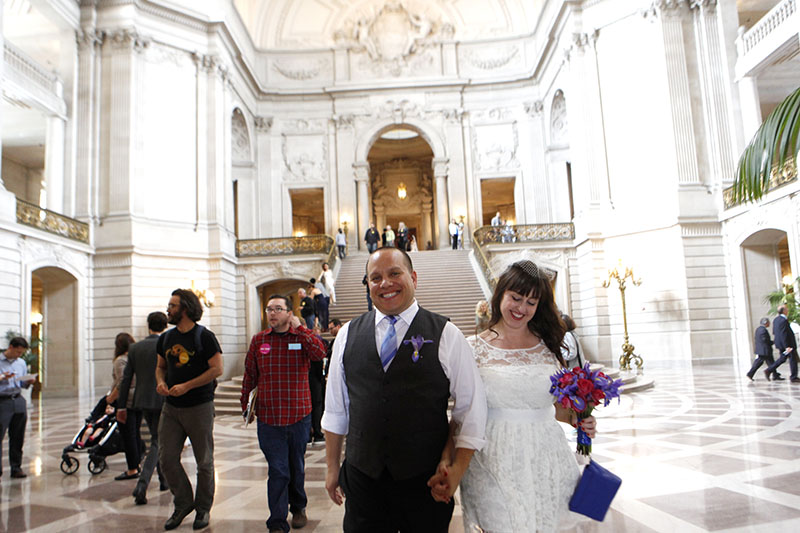 …and started an around town photo session with Jenny. 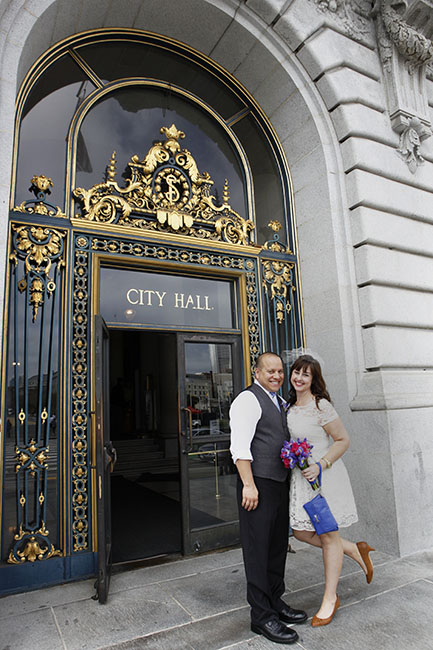 The trio made their way to the Mission District, stopping by this picturesque grove of trees for a round of portraits. 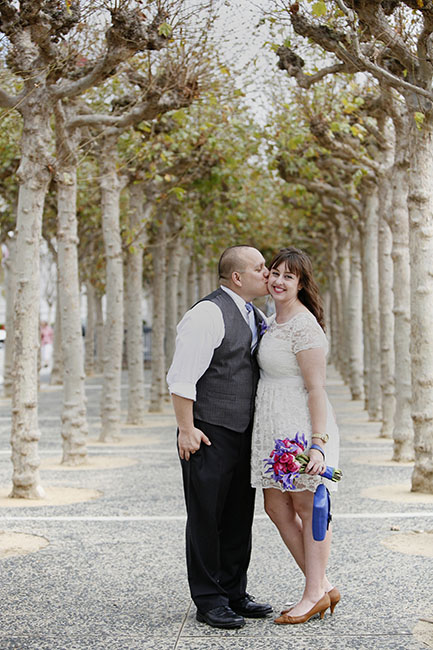 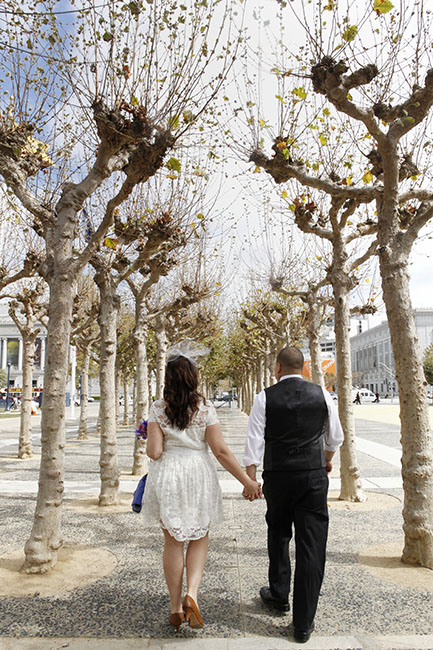 A few steps later, they found an alley that was just begging to be photographed. They set to work… and with terrific results! Check it out: 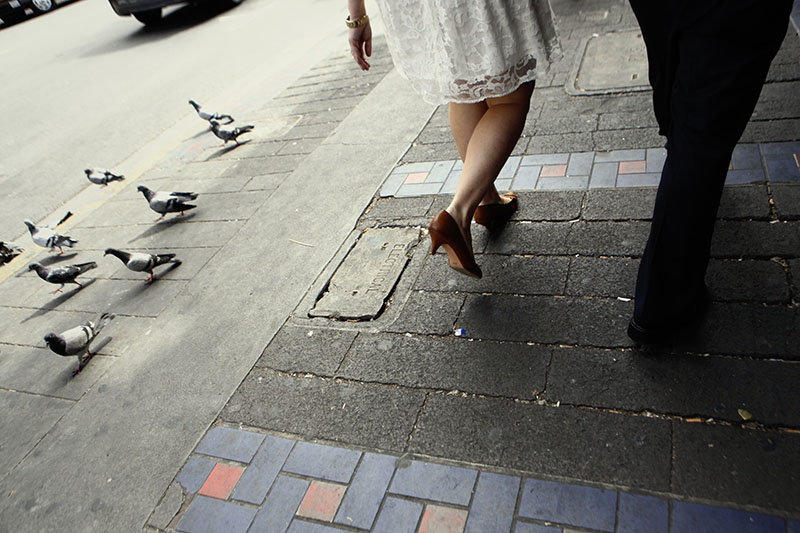 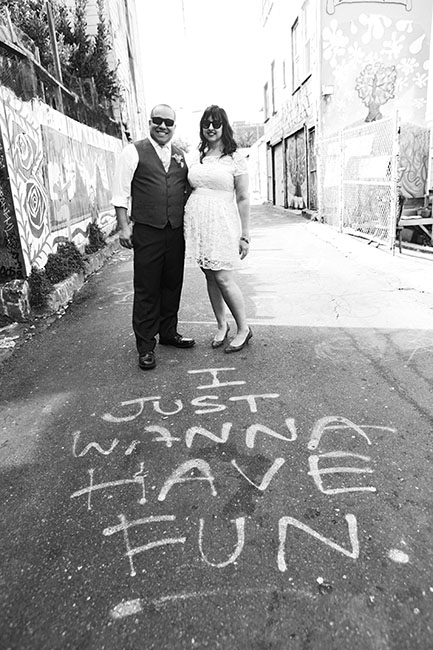 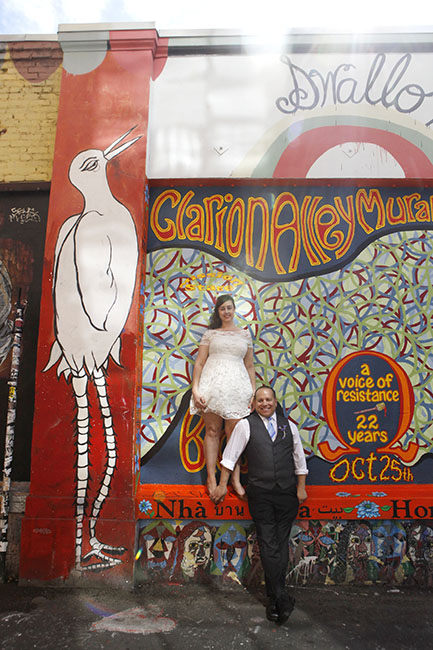 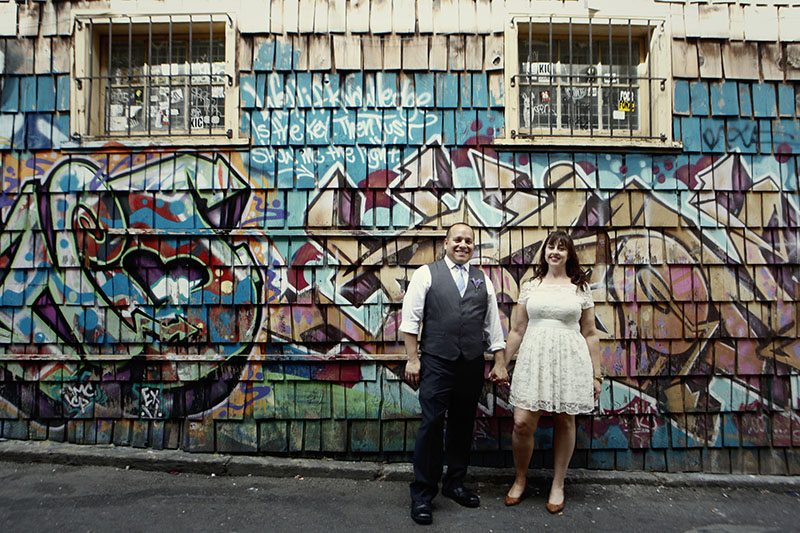 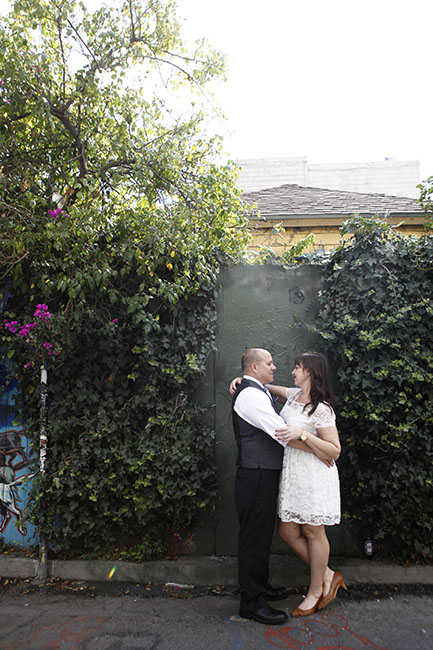 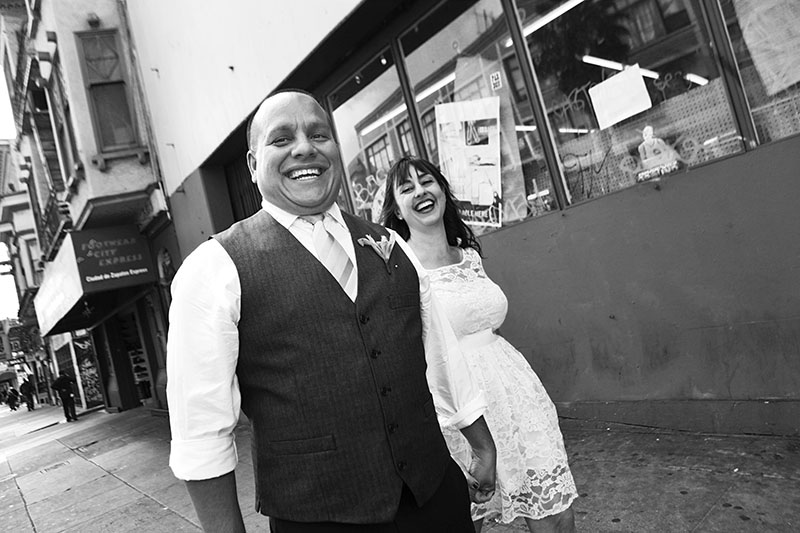 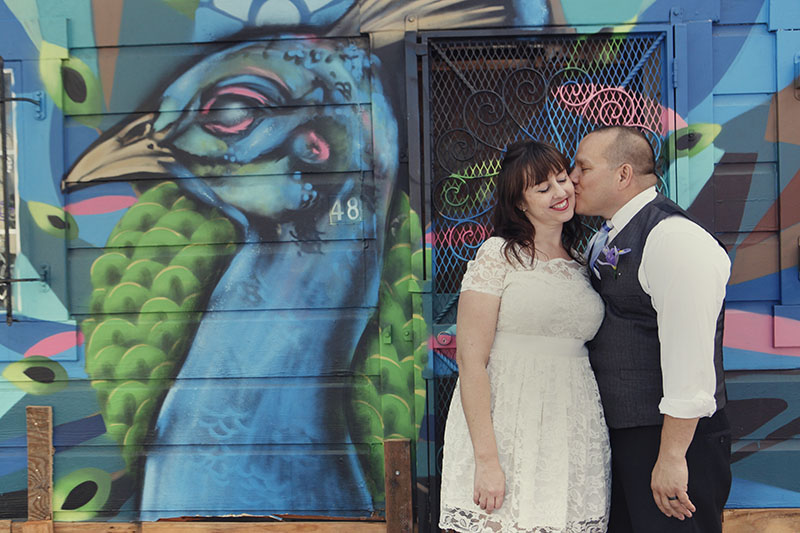 Congratulations on your marriage, Tabitha and Jason! 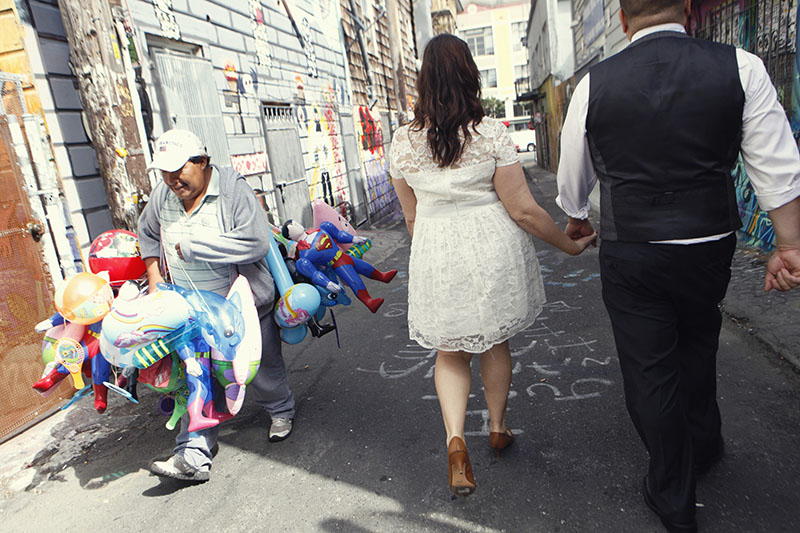 And fantastic work, Jenny! I can’t wait to see the photos from the beautiful weddings you have coming up!