Heidi and Jeremy are getting married in September of next year, and I’ll be there with them on the big day. First things first, though: their engagement session! 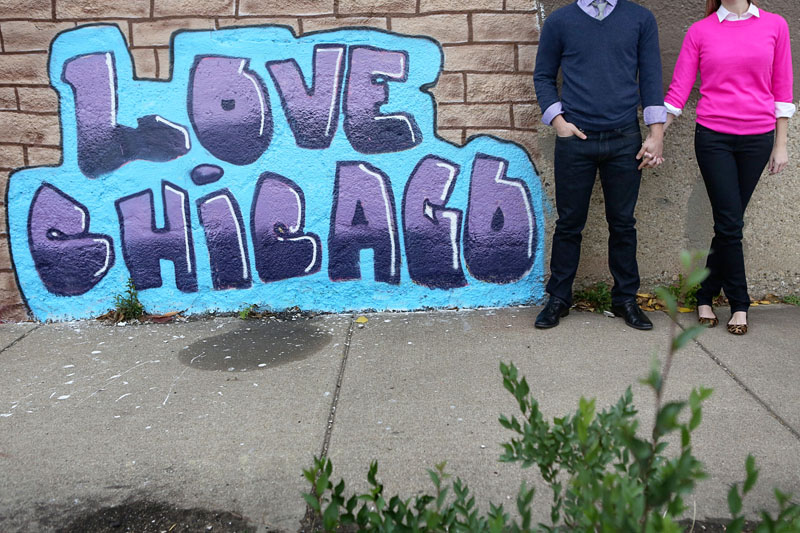 Heidi and Jeremy are a creative, fun couple, and our energy was high as we hit the streets. 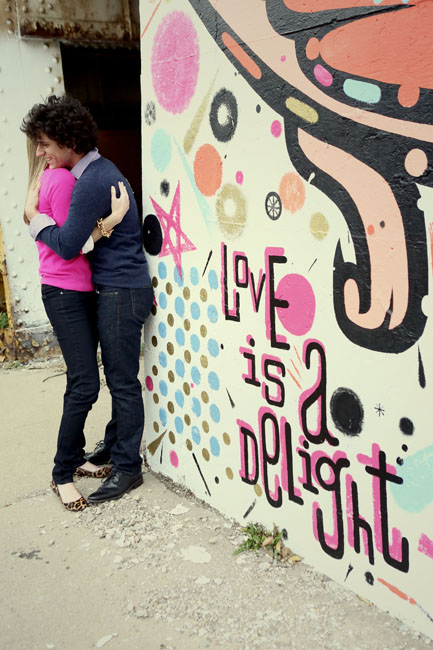 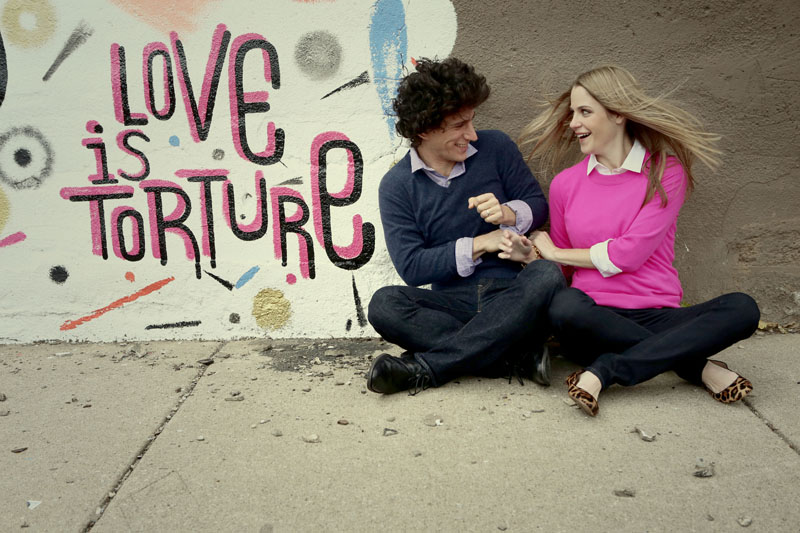 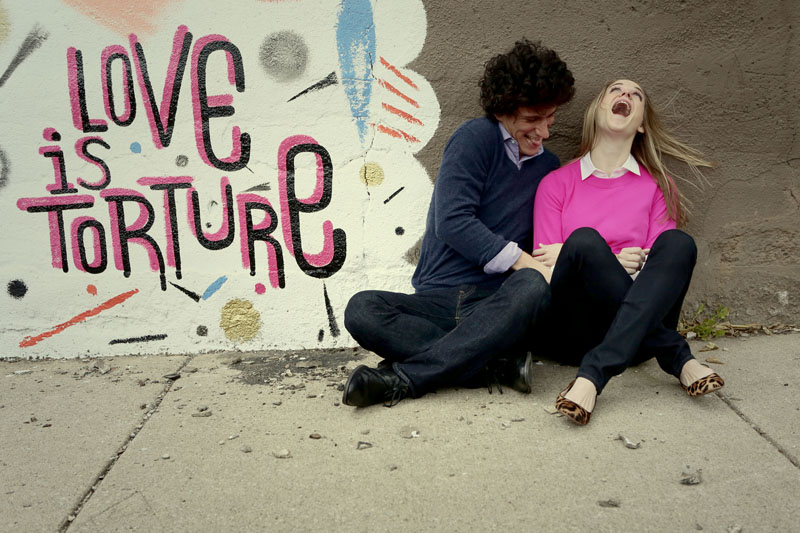 These two made my job easy- I got some of the best shots while they were just joking around with each other. 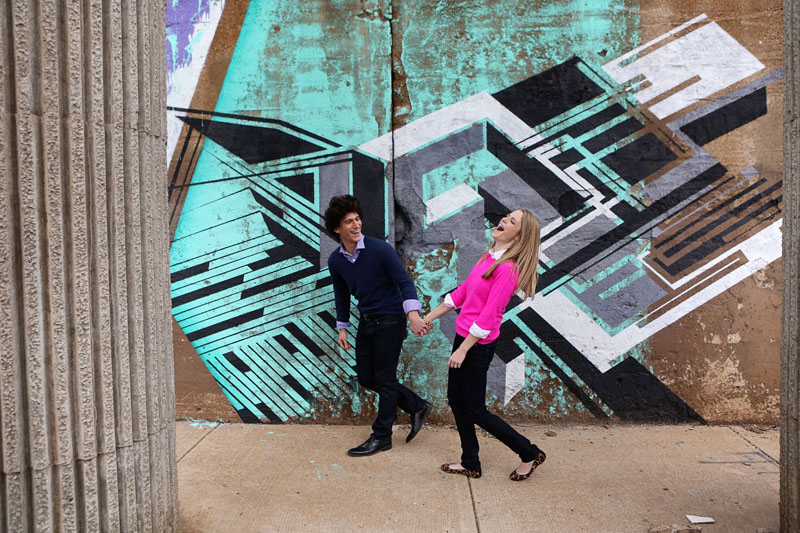 Jeremy was impressed by the rat guts. Heidi had concerns. 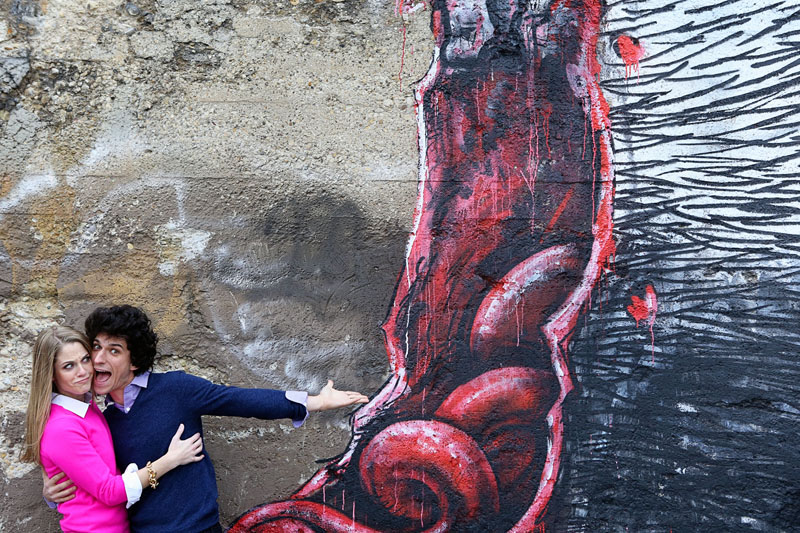 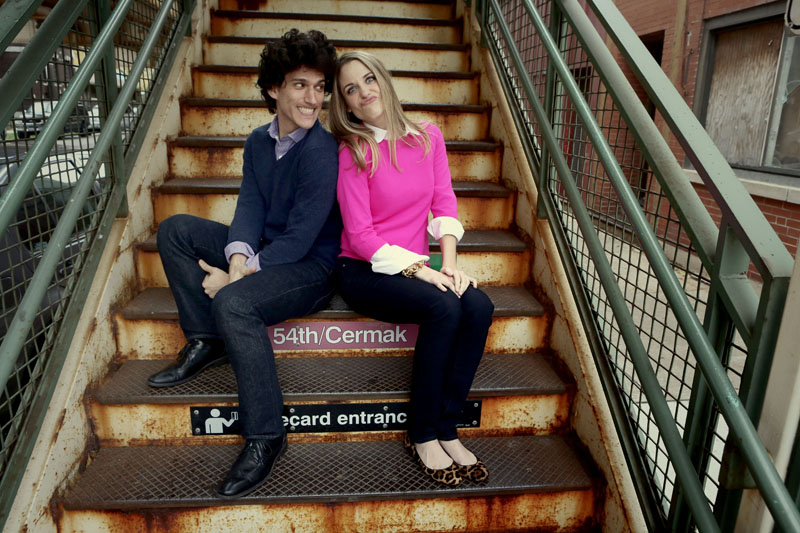 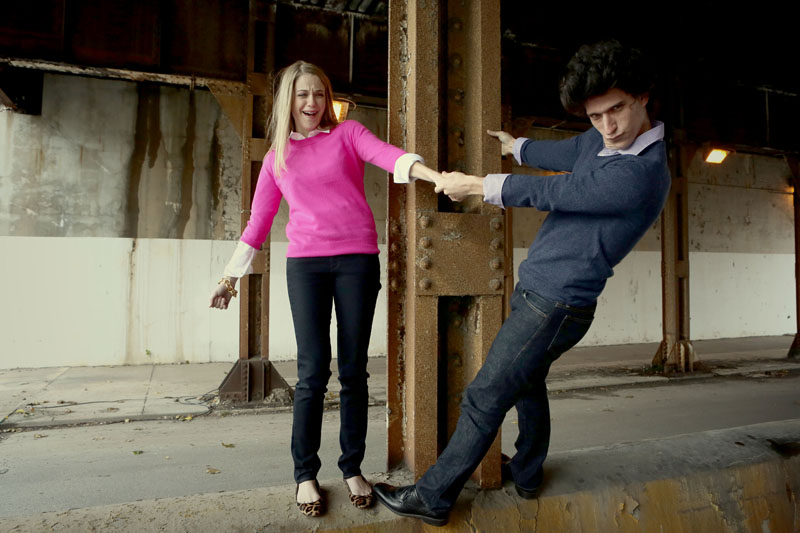 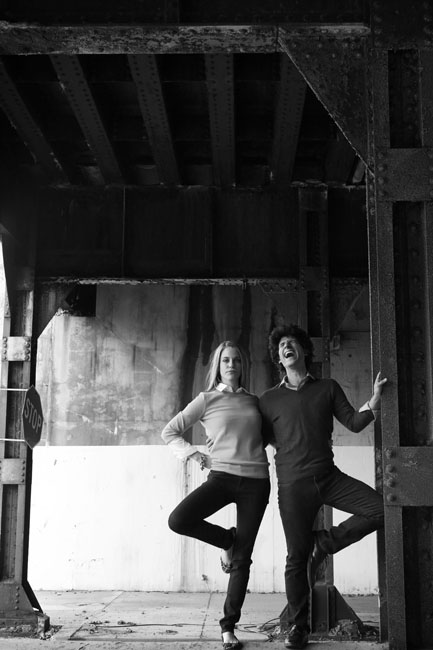 Jeremy was having feelings he couldn’t fight anymore… 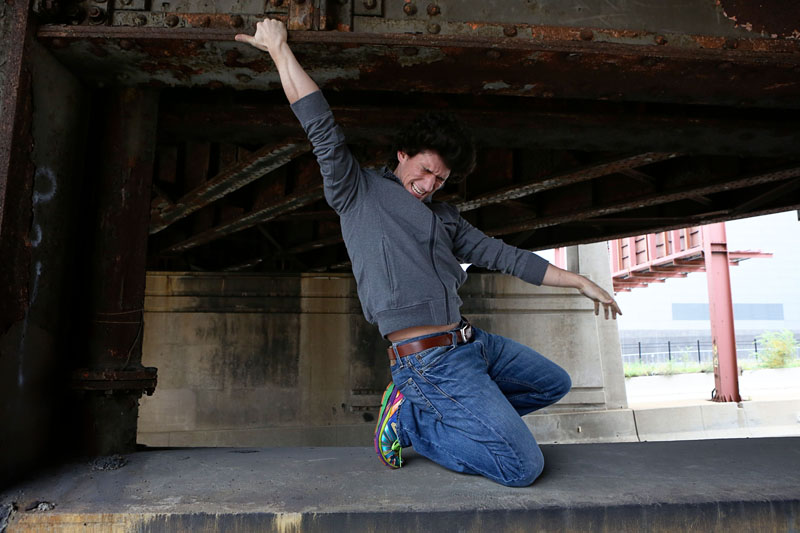 …he needed to climb! Heidi did her best to keep him grounded. 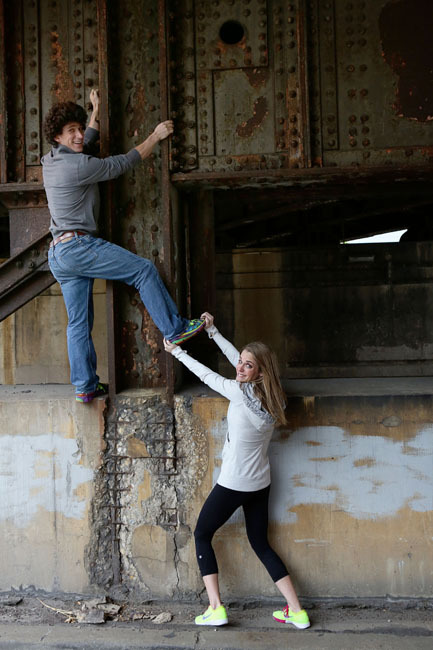 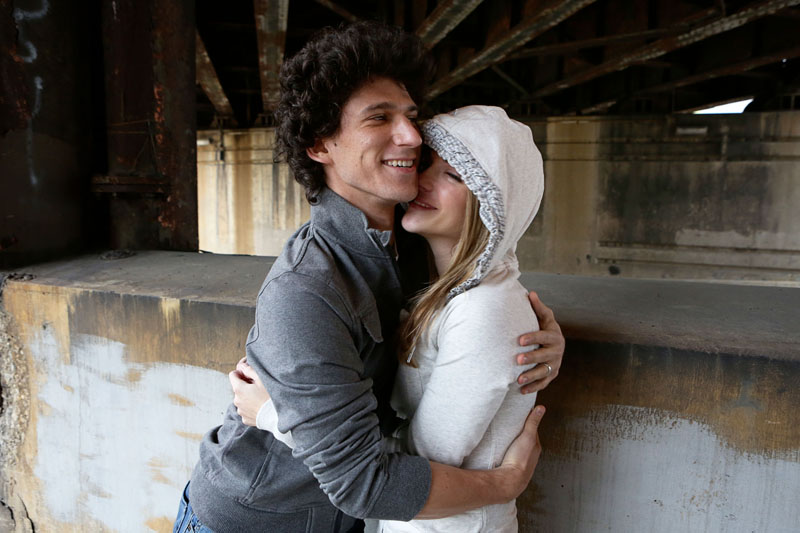 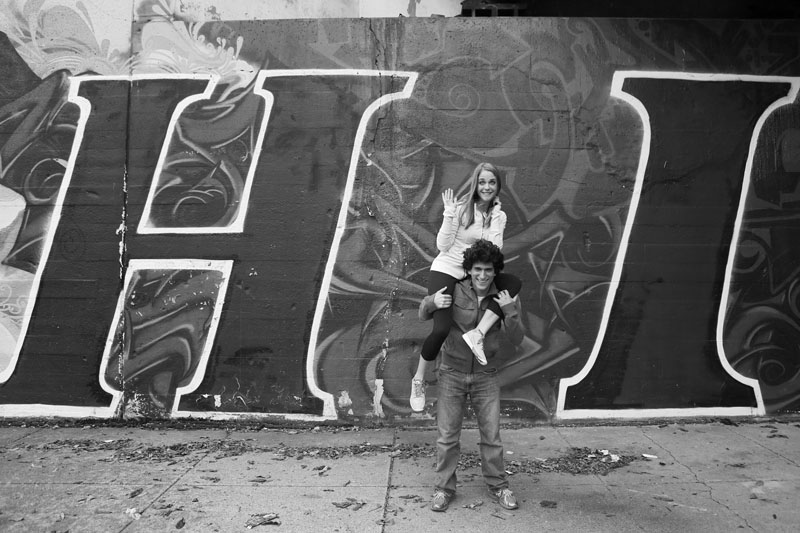 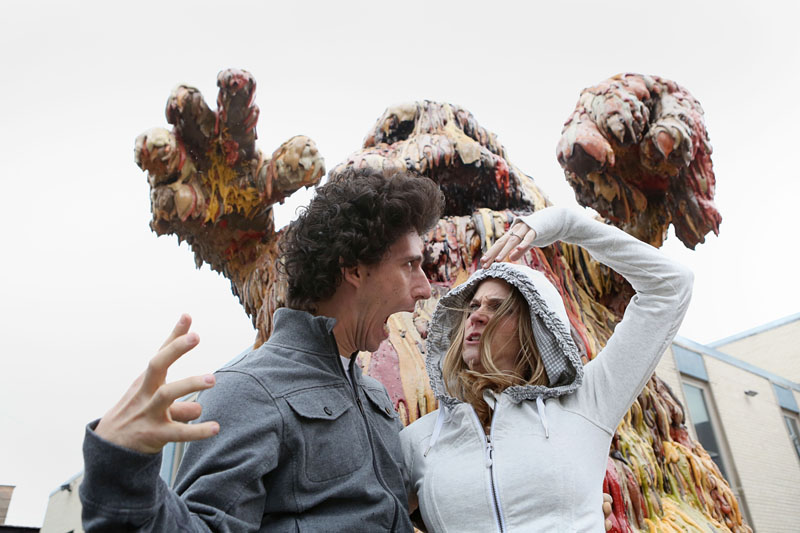 …followed up by their best smiley faces. 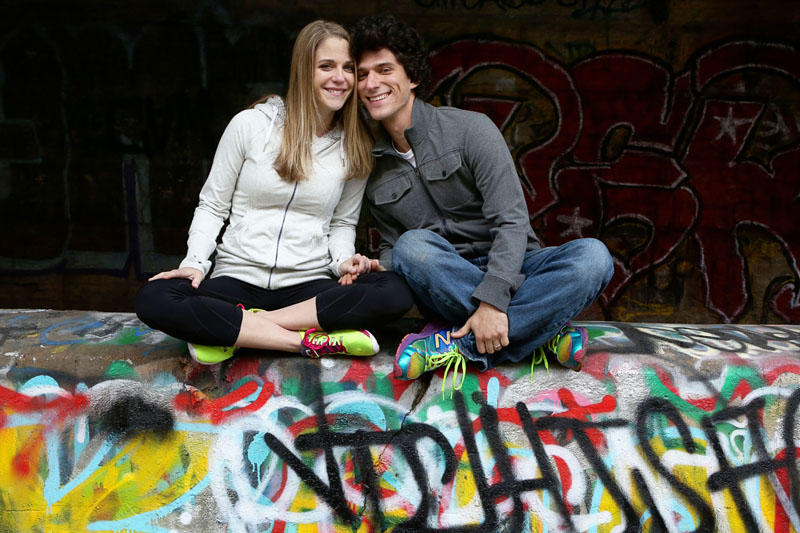 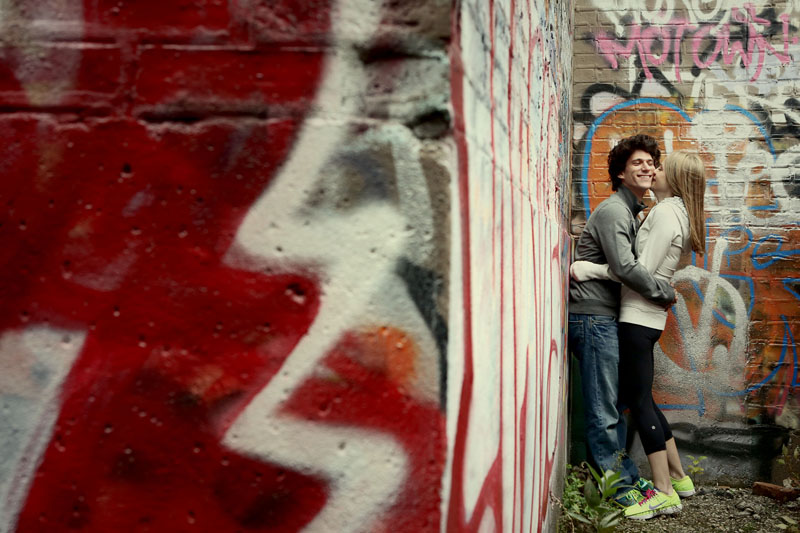 Jeremy was at it again! My legs started to ache just watching him scale the wall. 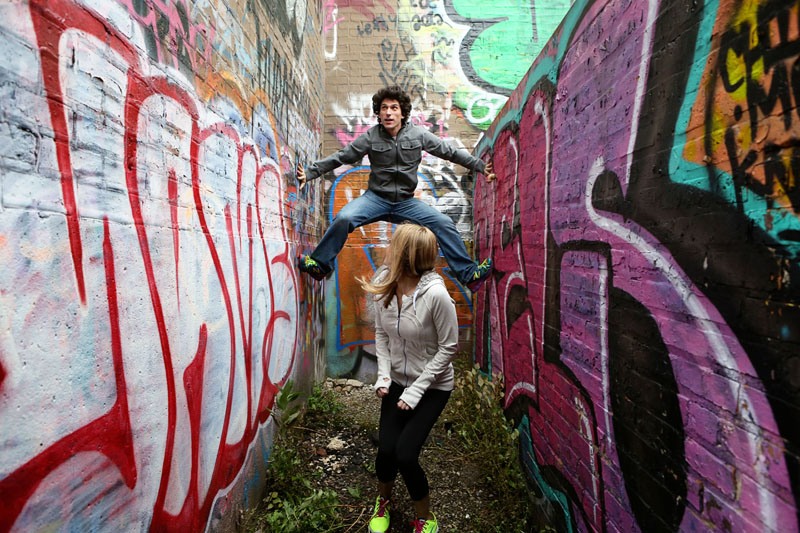 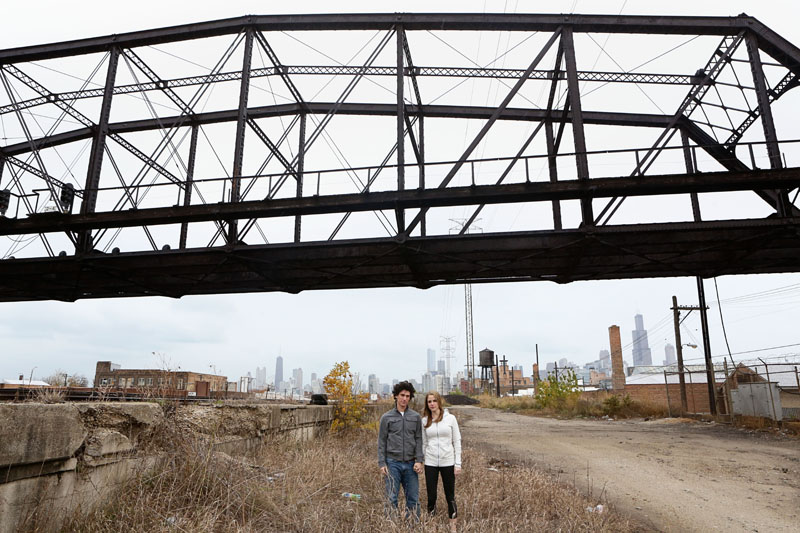 The weather was getting chilly, and Heidi popped up her hoodie. 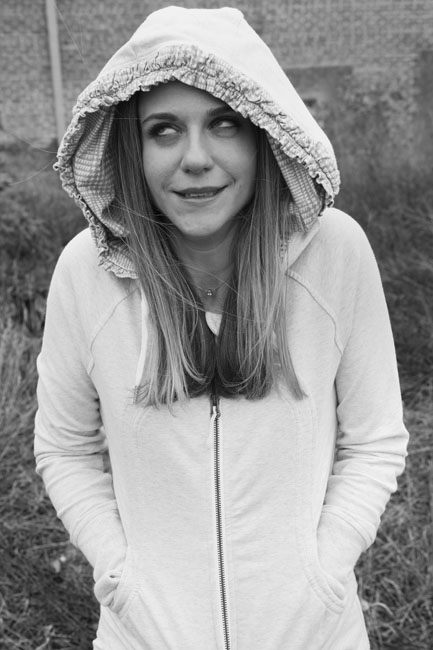 Jeremy warmed things up by pulling on his cap and going in for a hug. 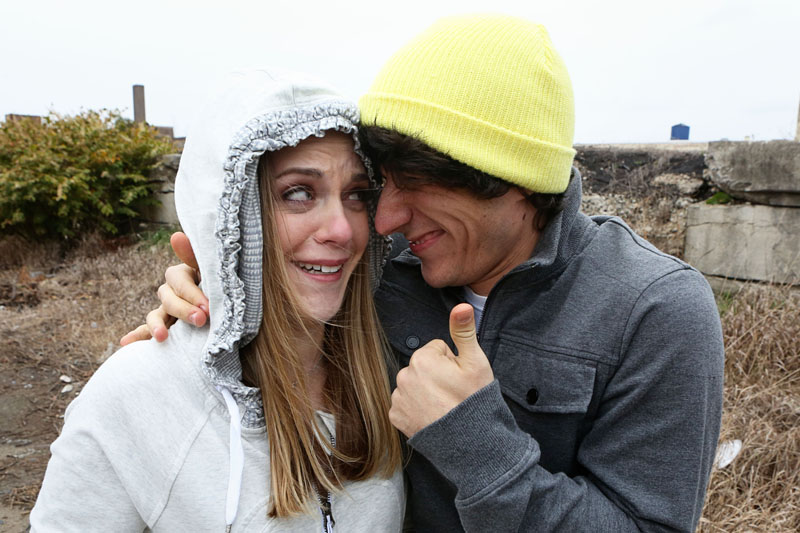 We took just a few more pictures before heading back to the warmth of the car. 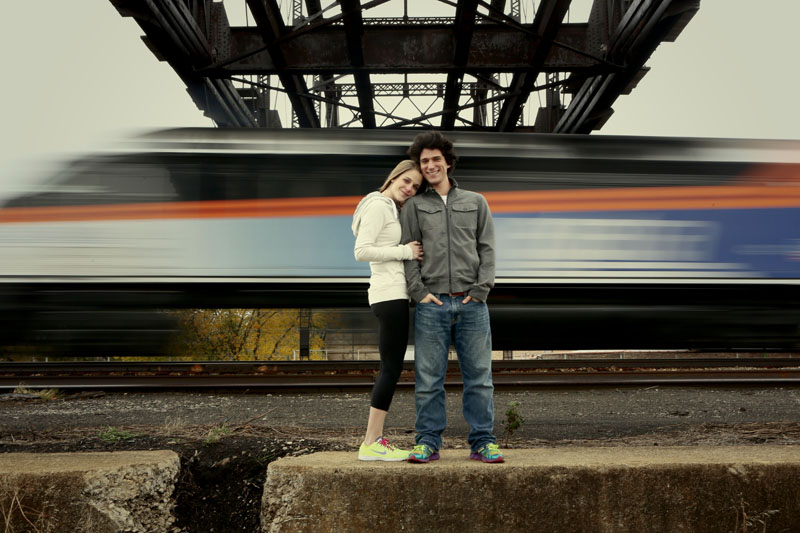 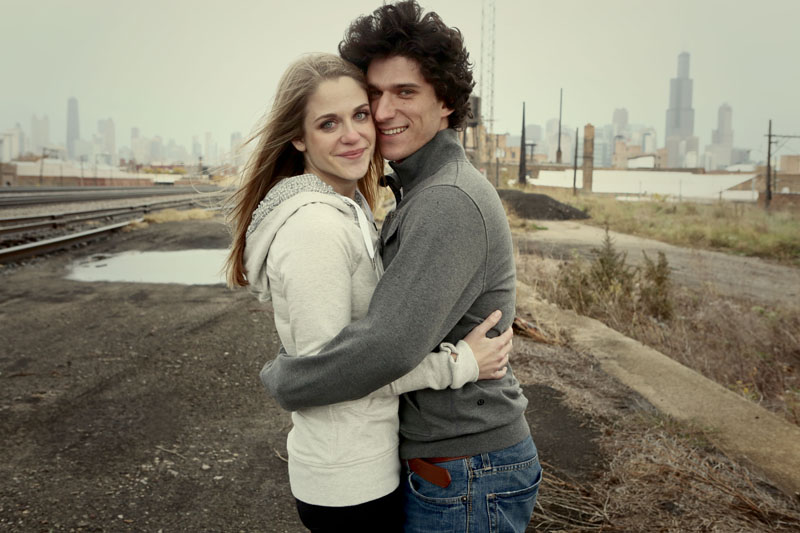 I had a great time working with you, Jeremy and Heidi! I’m excited to see what fun you have planned for your wedding next September! 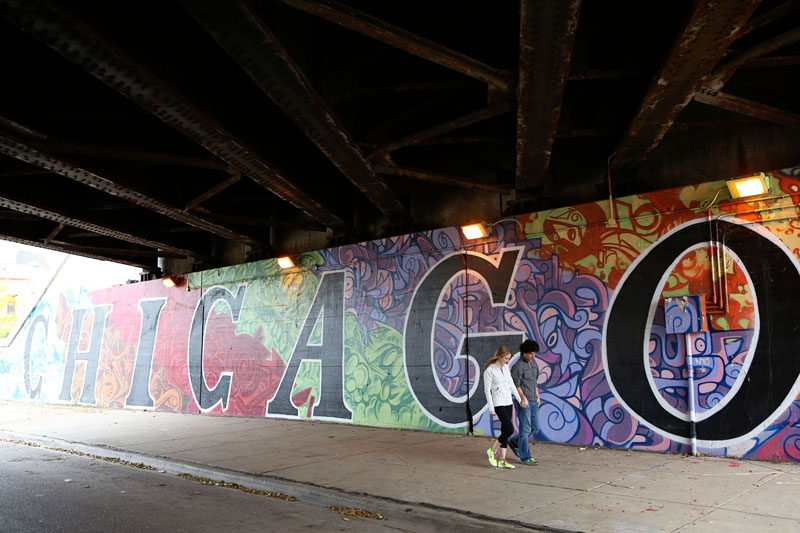