Meet Jessica and Thomas. These two live in Australia, but returned to Chicago (they were engaged here) to say their “I do’s”. Now, most brides and grooms are a little nervous before they say their vows, but these two slightly more nervous than most. Why, you ask? 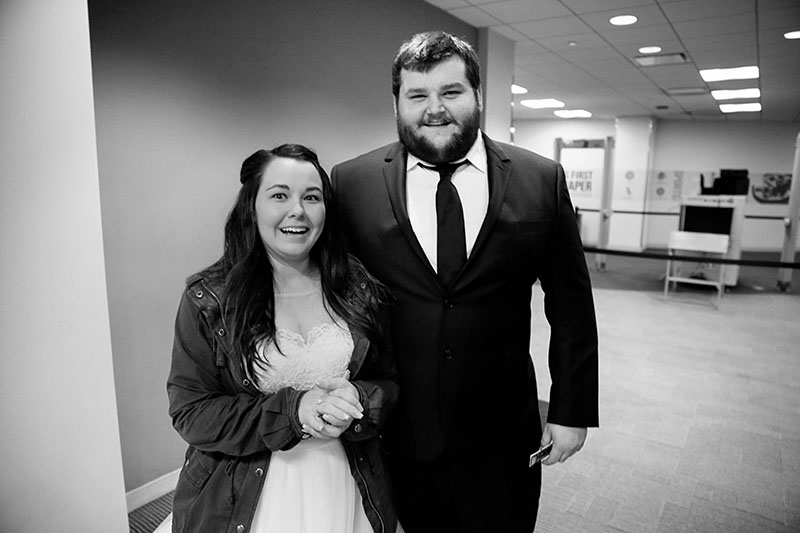 Because these two got married 412 meters (1353 feet) above the city! That’s right… Jessica and Thomas got married on one of the Willis Tower’s Skydeck ledges. They’re braver people than I! 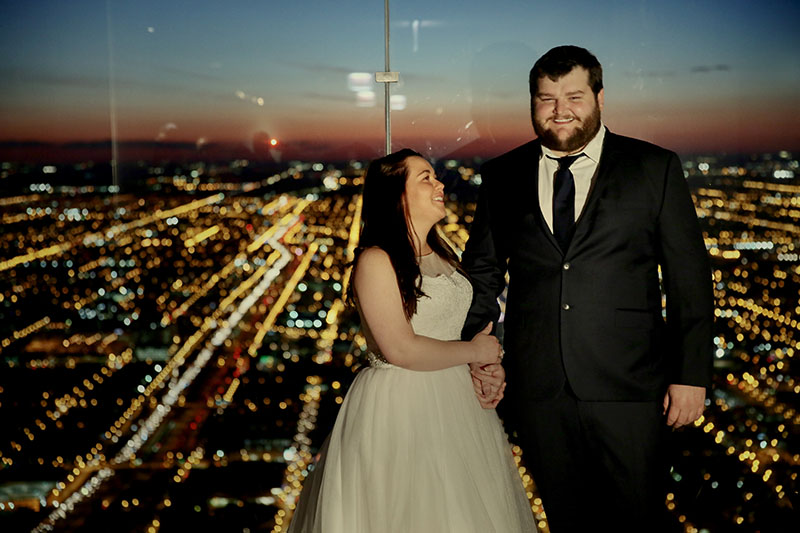 It may have been a little scary, but man-oh-man was it ever beautiful. Check out that view! 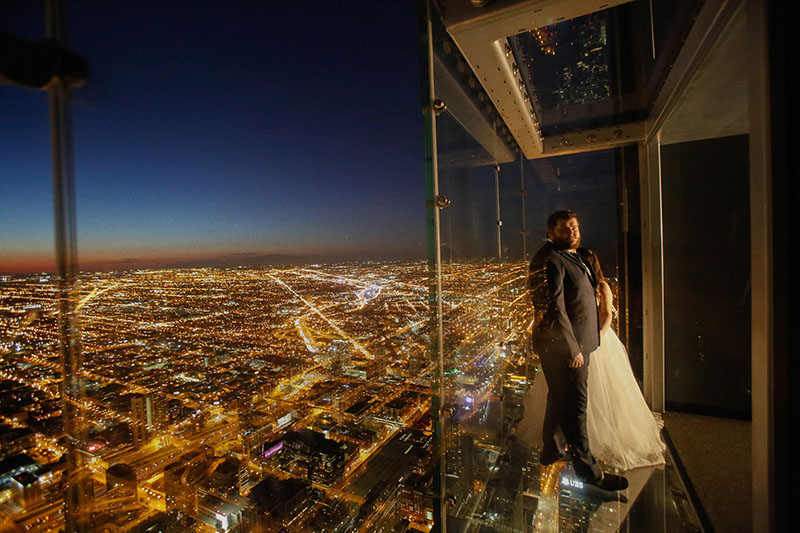 Their officiant was hanging out in the sky with them as Jessica and Thomas made their vows of marriage. It was a fantastic (and brave) way to get married… enjoy this collection of images from Jessica and Thomas’ wedding at 1300 feet! 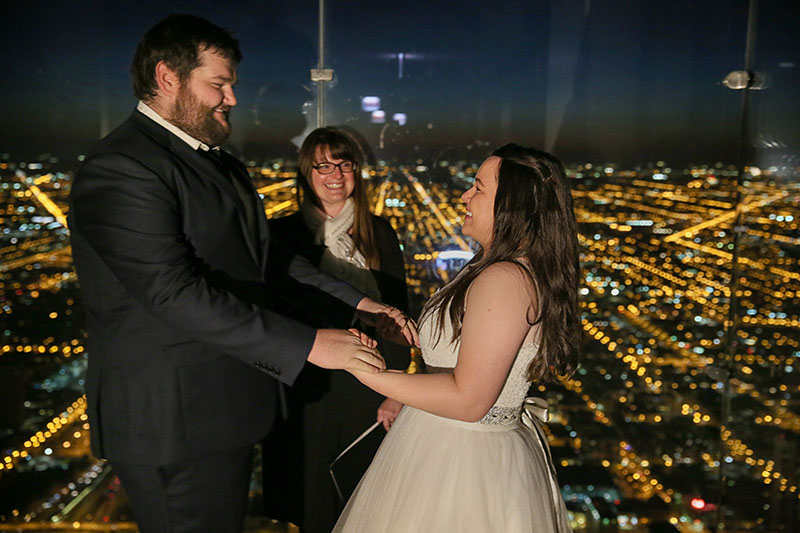 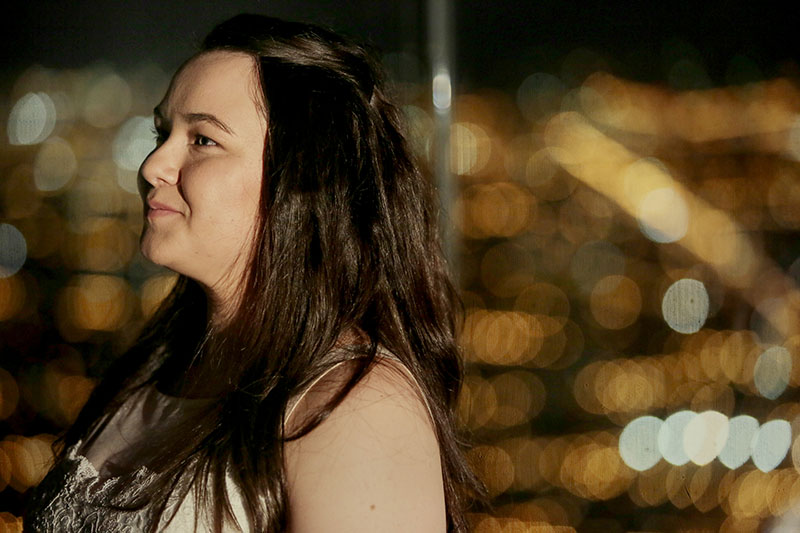 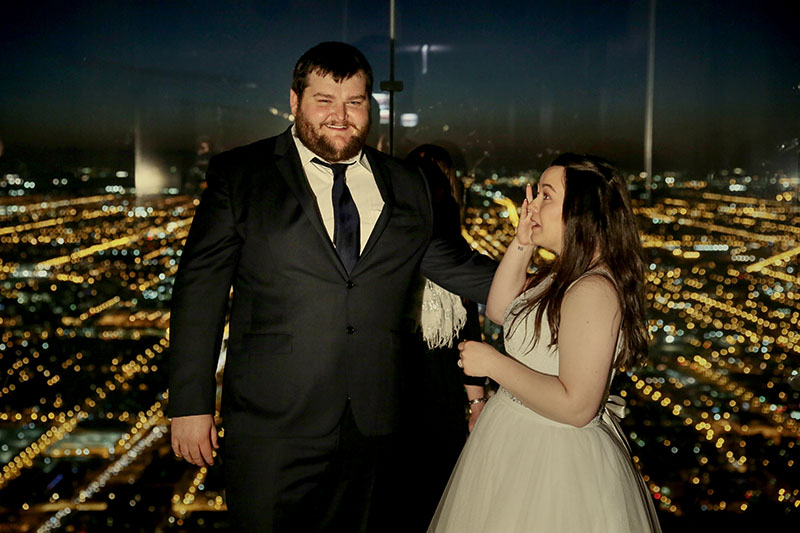 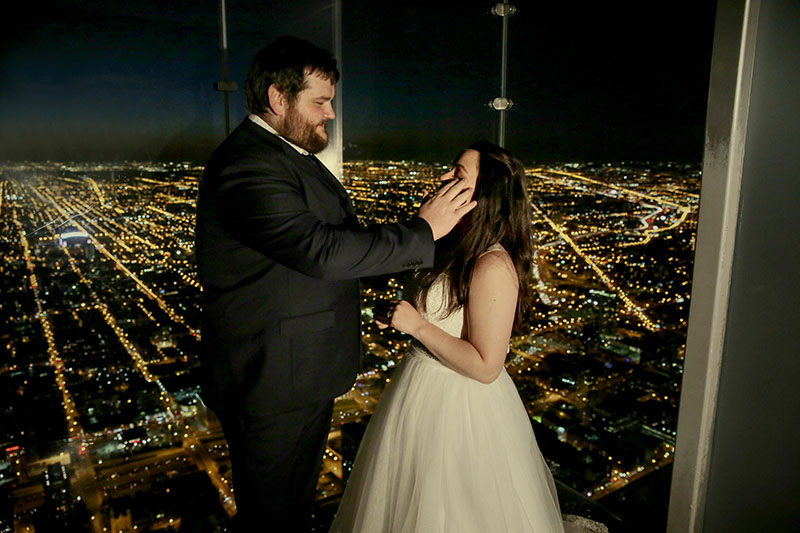 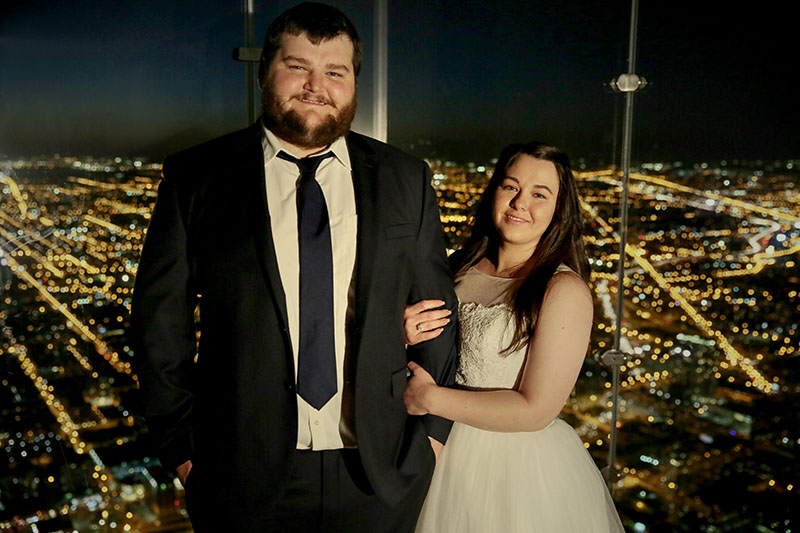 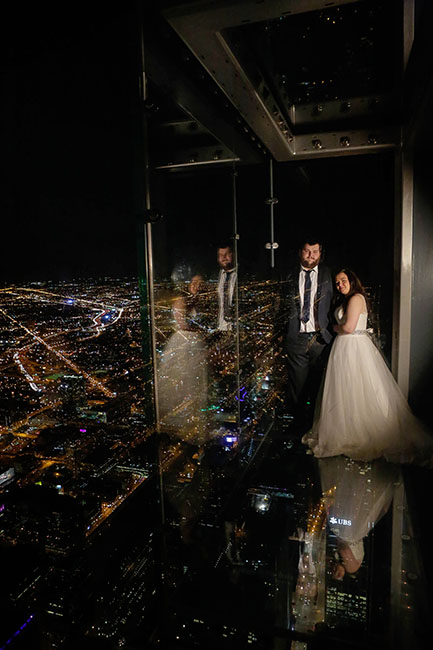 Beautiful! We took plenty of pictures with Chicago as a whole… it was time to go in for some close-ups. 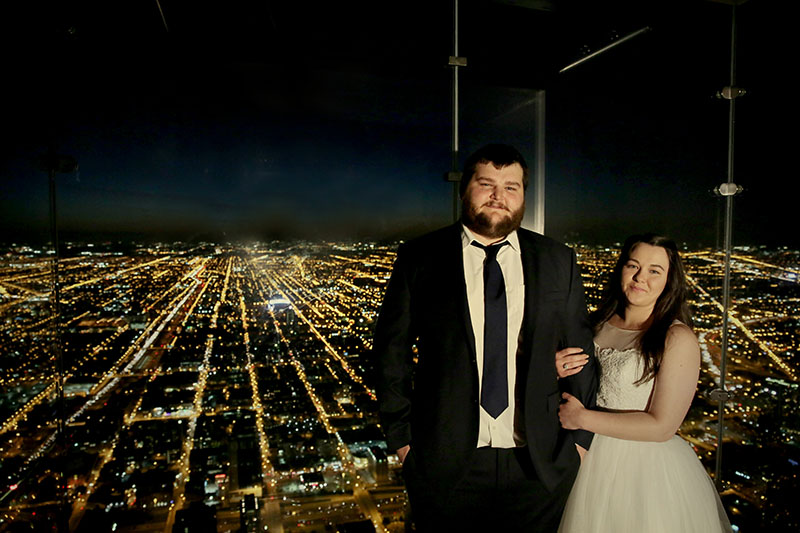 We began to hit some of the city’s famous landmarks, starting with the Chicago Theater… 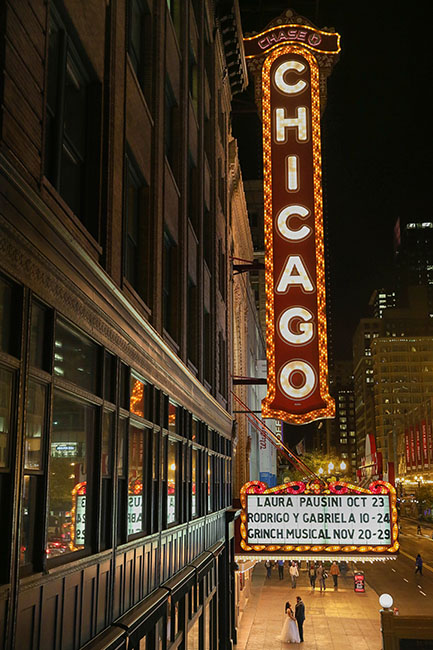 …and moving on to a picture with the Board of Trade. 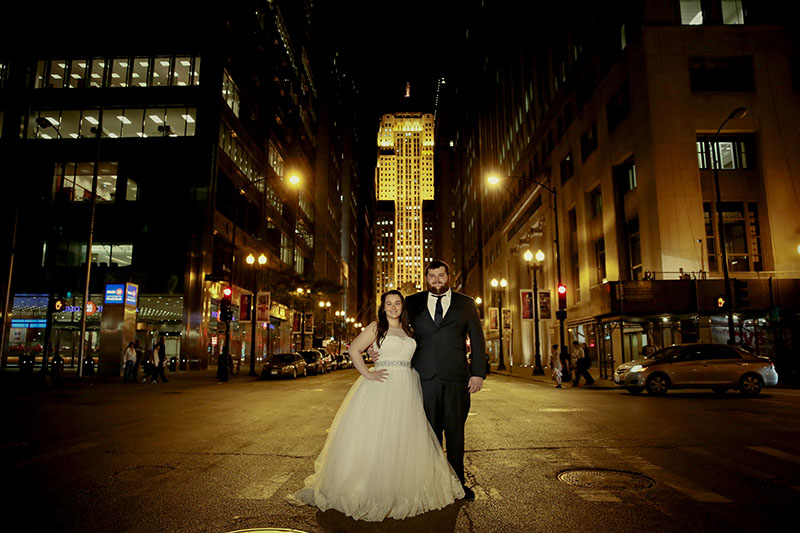 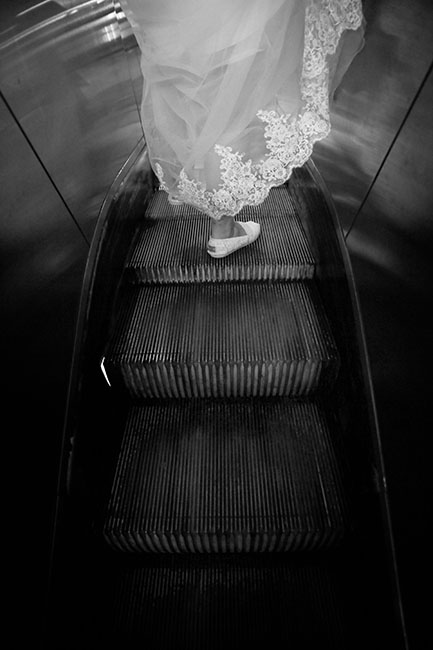 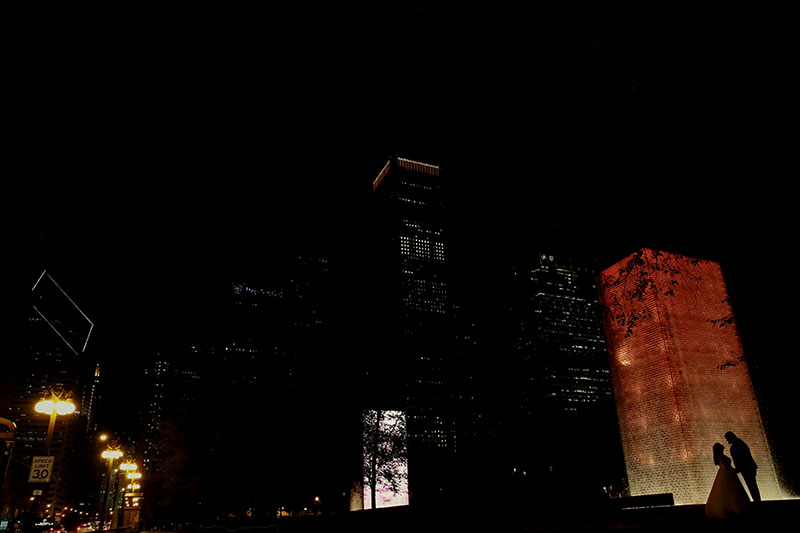 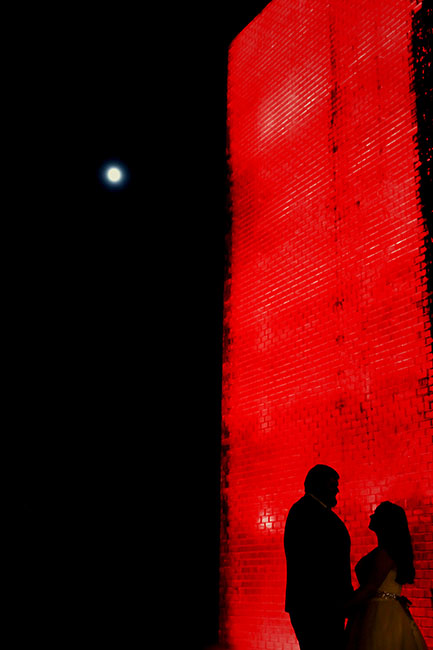 …and what’s a trip to Chicago without a quick stop by the Bean? 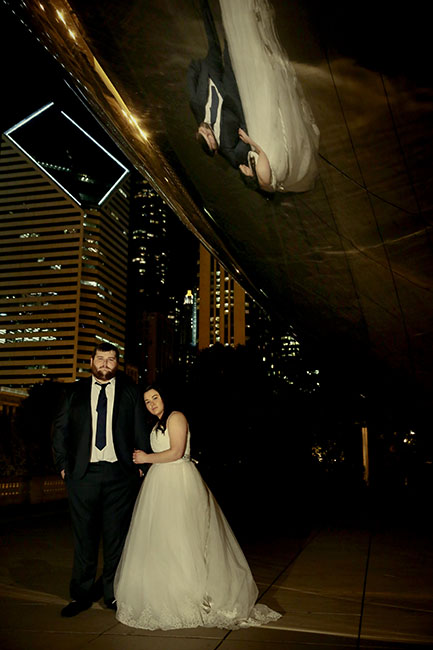 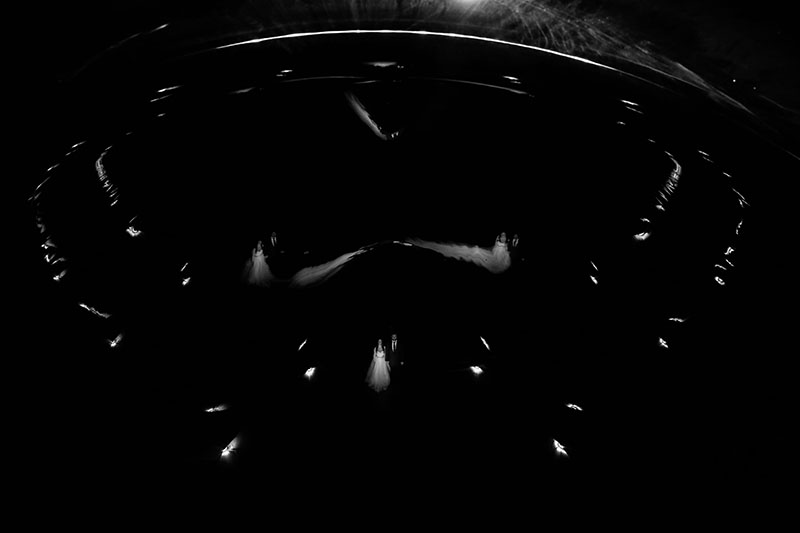 Ah, Chicago at night. I love this city and it’s amazing skyline. 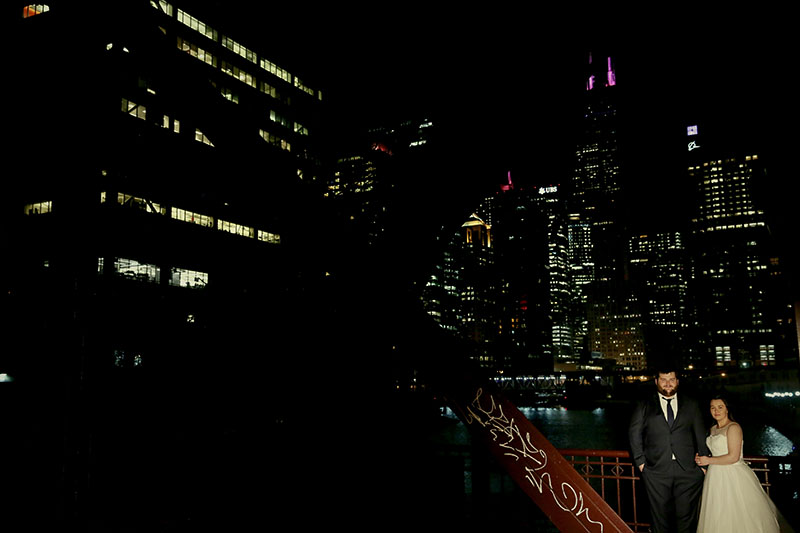 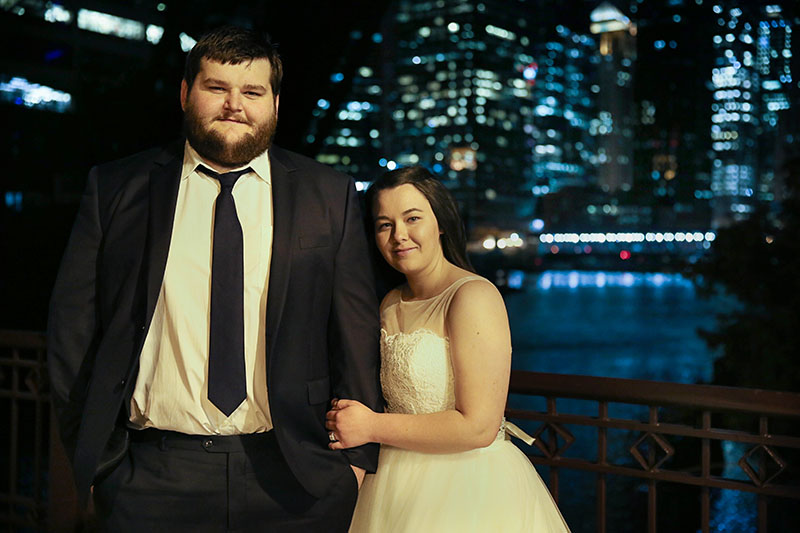 Our last stop was the gazebo in front of the Drake hotel, the exact spot at which Jessica and Thomas began their engagement. 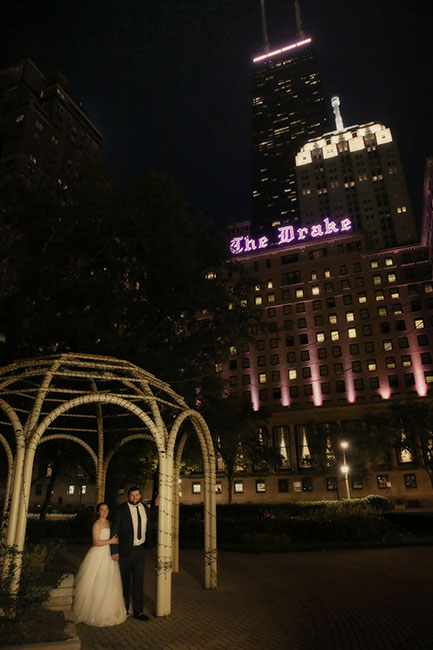 Congratulations on your marriage, Jessica and Thomas! And many thanks for including me in the adventure!