Grab a fresh cup of coffee and settle in as I tell you the amazing (and true) tale of Kim and Zach, one of my recently-married couples. Kim and Zach live here in Chicago, and are always open to the unique and exciting experiences this city has to offer. One afternoon not too long ago, Kim and Zach met an old man sitting on the curb next to a taco truck. The old man looked very frail and thin, so when he asked the couple if they could spare a bite or two of their churro, they happily obliged, and gave him the entire chunk of sugary, fried dough. The old man was so overwhelmed by their generosity that he shared with them the story of a mythical, magical – and hidden- cantina. He regaled them with stories of seasonal cocktails, craft beers and delicious, hand-made apps. The name of the cantina was “La Sirena Clandestina”, which means “the hidden mermaid”, and the only way to find it was to follow the clues given in a poem- a poem that only the magical El Caballo de West Loop knew. 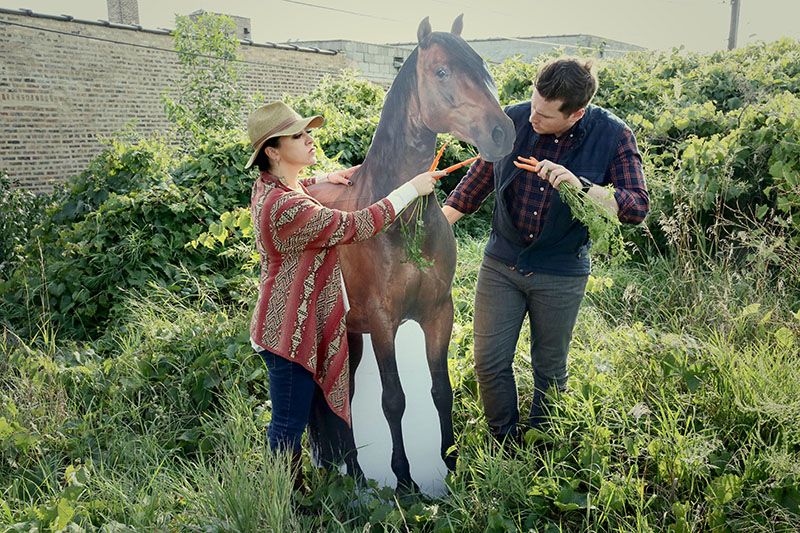 “Under the bridge and down the street,

past a lock that has no key,

and a pile of poo,

walk the tracks and your journey is through” 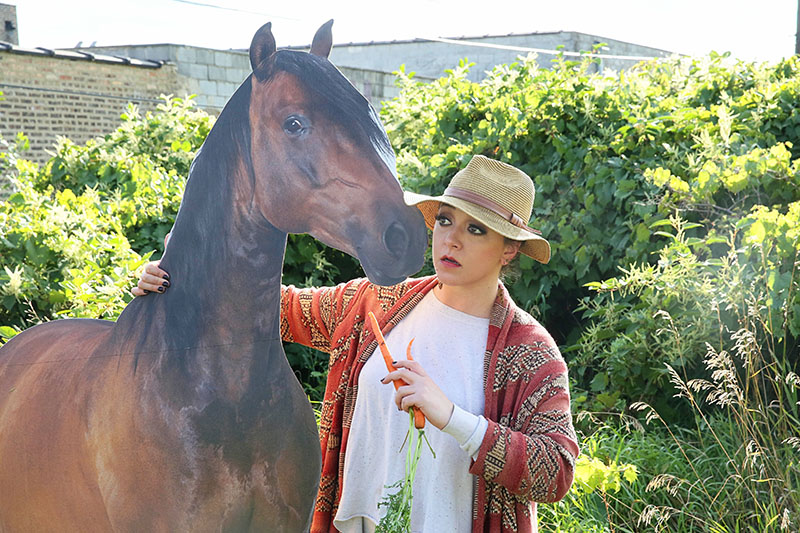 Kim and Zach exchanged glances once the noble steed finished its poem. They knew that by the end of the day, they would be toasting each other over cocktails at La Sirena Clandestina. 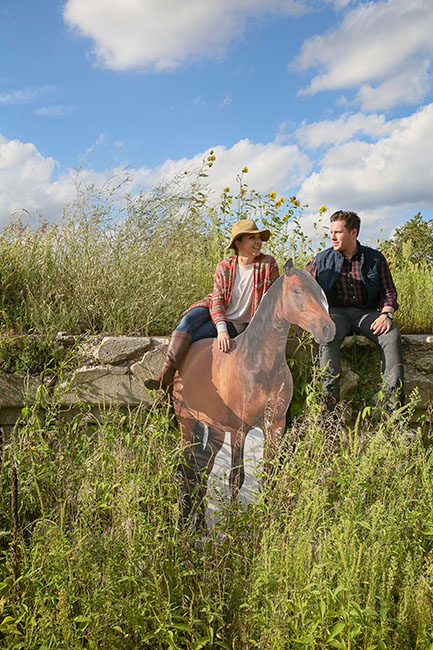 They asked El Caballo de West Loop to repeat the poem one last time, committing it to memory. 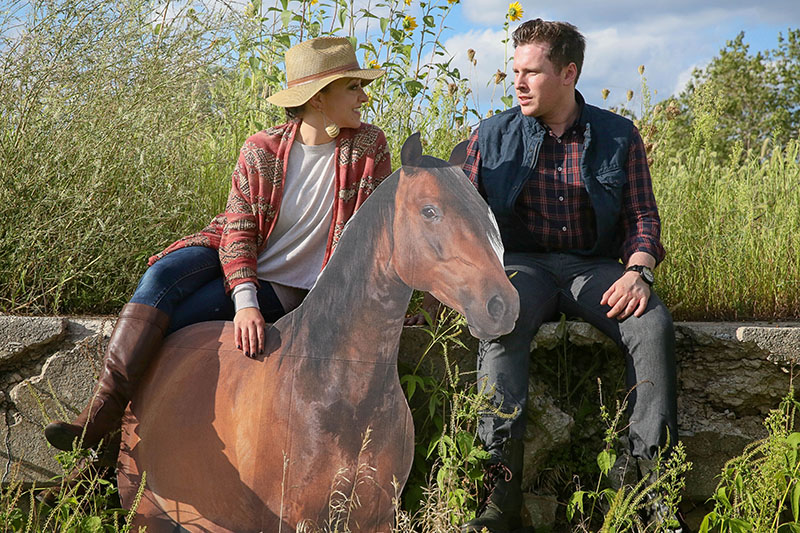 A quick glance to the east gave sight to the first marker of the poem- the bridge. Kim and Zach joined hands and began their journey. 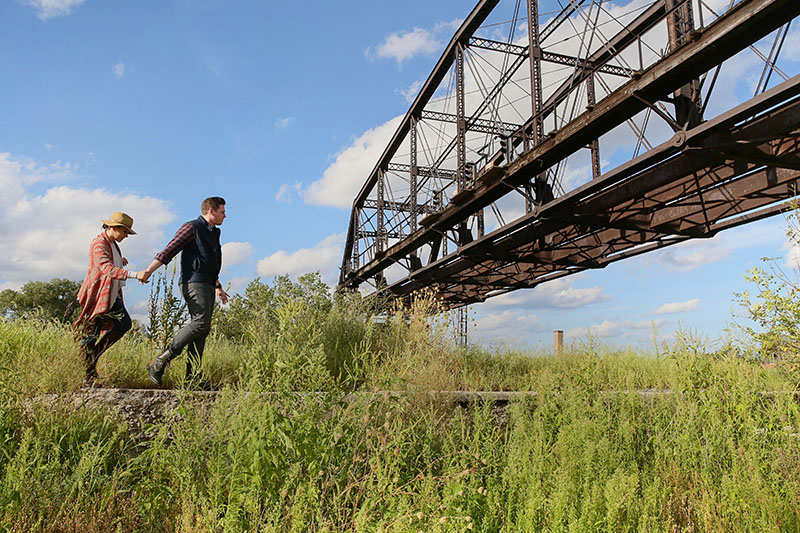 “Under the bridge and down the street…” they repeated as they kept an eye out for the next marker. Zach brought out his trusty binoculars to see if he could lay sight on any clues, letting out a small gasp as he spotted their next stop. 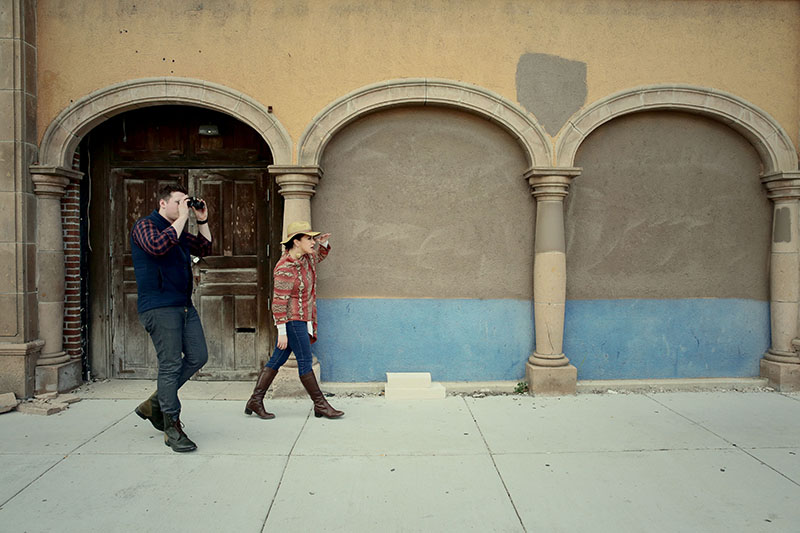 This was definitely the ‘lock with no key’ El Caballo de West Loop mentioned in the poem. But how to get past it? Kim and Zach tried and tried, but could not get the lock to budge. 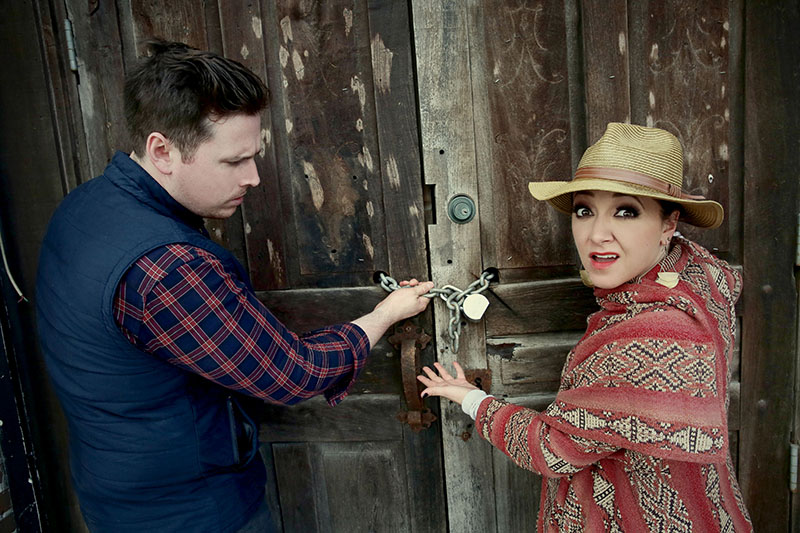 Just as they were about to give up hope, they heard a familiar sound coming from the other side of the door. “Is that who I think it is?” Kim whispered as she knelt down to peek through the mail slot. 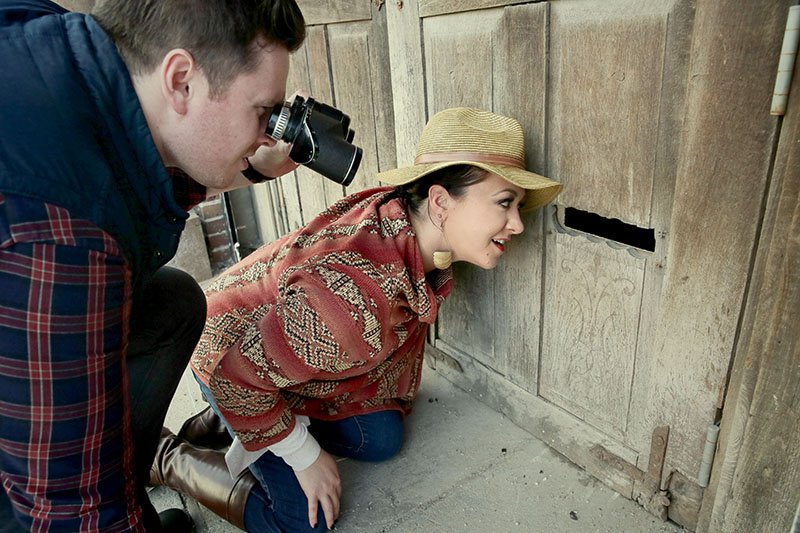 It was El Caballo de West Loop! He was so impressed with Kim and Zach’s courage in the face of adversity that he wanted to give them a hand. The four-legged savior told them to back away from the door as he reared up on front legs and kicked down the gate. Kim and Zach stepped through the splintered door and began to walk down the alley. They treaded carefully, remembering the next line of the poem “…avoid villains two.” Sure enough, the three peeked around the corner and saw two security guards. It was obvious that the guards would banish them for trespassing on private property if caught, so they quickly and quietly tiptoed their way past. 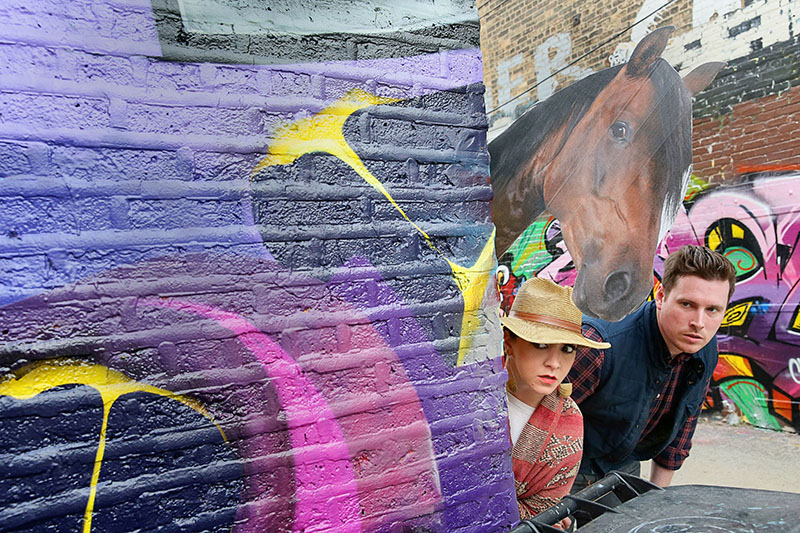 That was a close call! Luckily, though, they didn’t have far to go before they came across the legendary pile of poo. Neither adventurer could stop gazing at the marvelous sculpture. Such detail! Such realism! Surely, this was the greatest work of art either had ever seen. 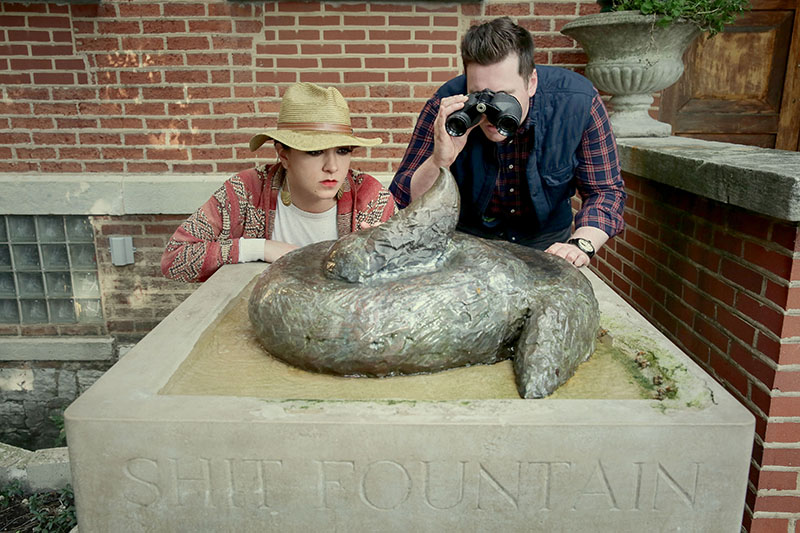 And just beyond the sculpture were the tracks. Just as the poem instructed, Kim and Zach joined hands and walked down the rails, their excitement growing (and stomachs grumbling more loudly) with every step. 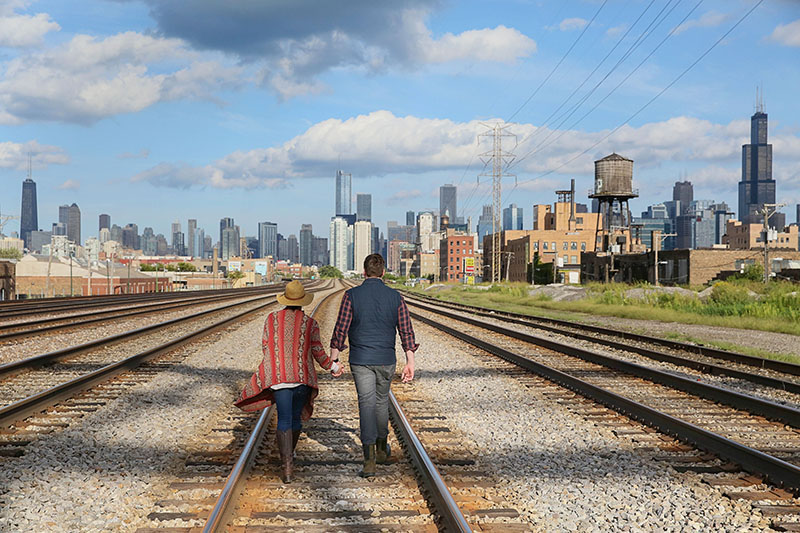 Like a magical oasis, La Sirena Clandestina appeared on the horizon. Kim and Zach broke into a run, busting through the front doors of the establishment and bellying up to the bar. 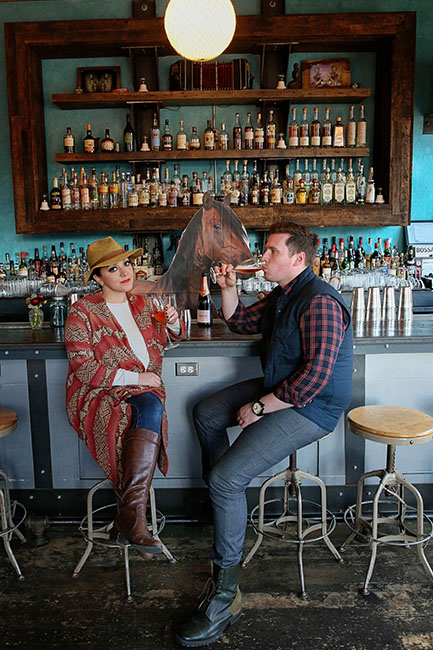 What an adventure… and totally worth all the effort. La Sirena Clandestina was everything they hoped it would be. The cocktails were excellent, the food was delicious, but best of all was the company of friends. Kim and Zach toasted their new friend, El Caballo de West Loop, and settled in for a fantastic evening of food and drink. 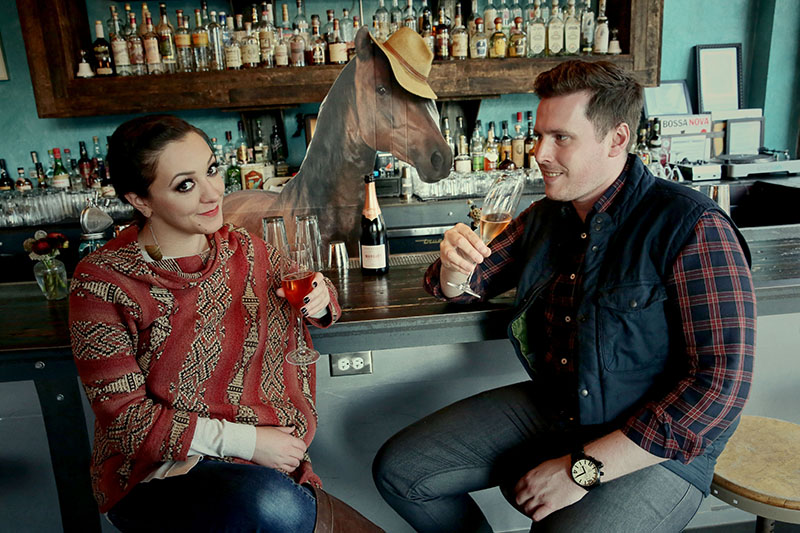 What a story! This 100% true fable was told to me by Kim, who storyboarded the events prior to the shoot. We tried our best to recreate the events for their engagement session, and to be honest, I think we did a commendable job! 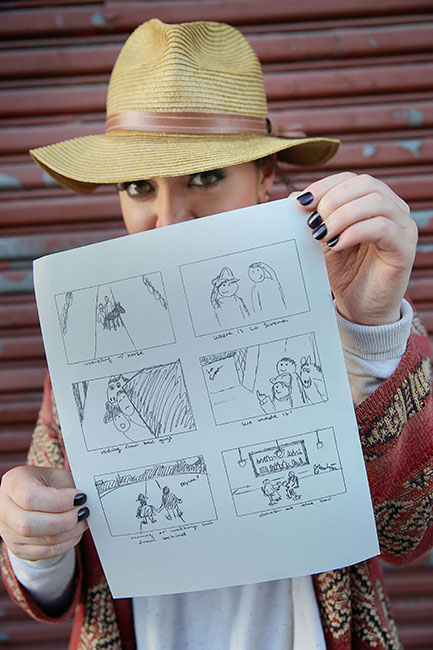 We also took some time during the shoot to set up some traditional portraits. Enjoy! 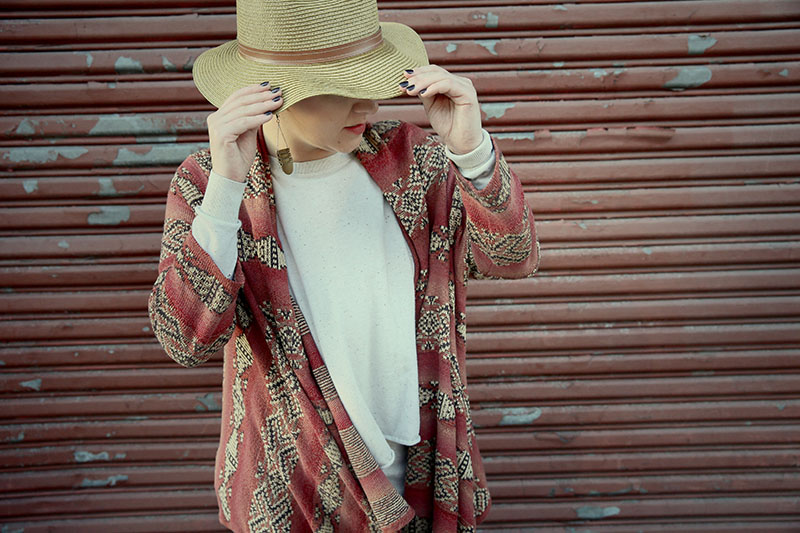 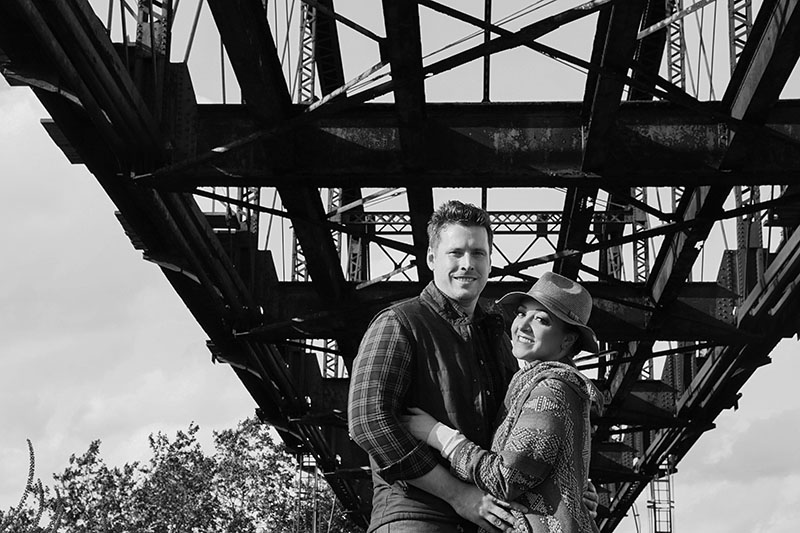 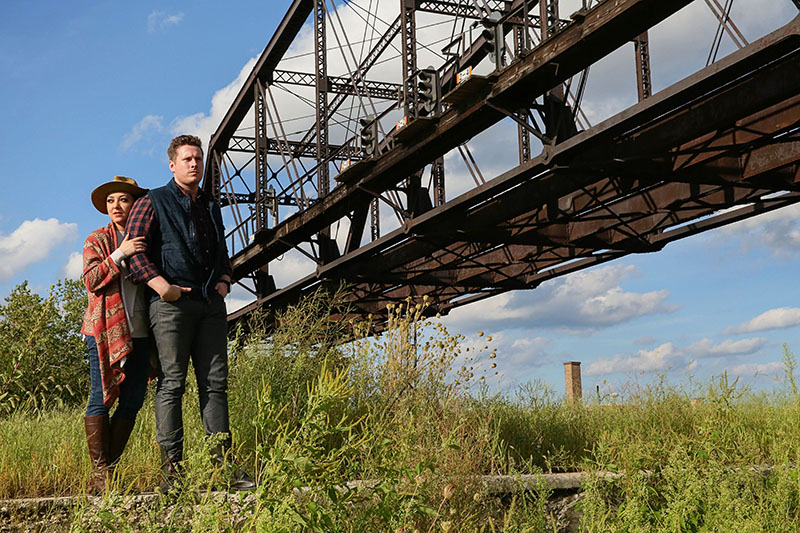 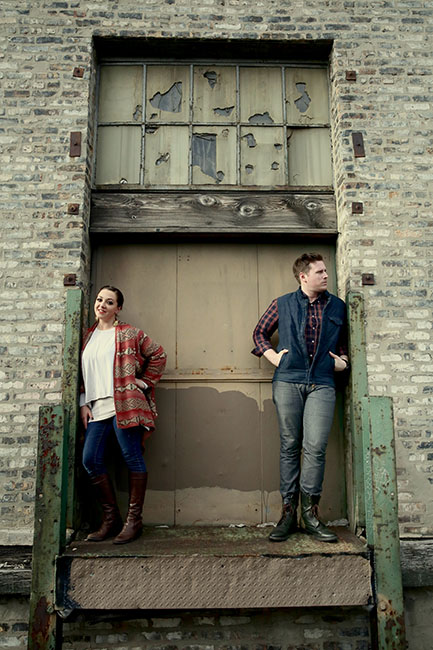 Thanks for the adventure, Kim and Zach! I can’t wait to see what surprises you have lined up for your wedding day! 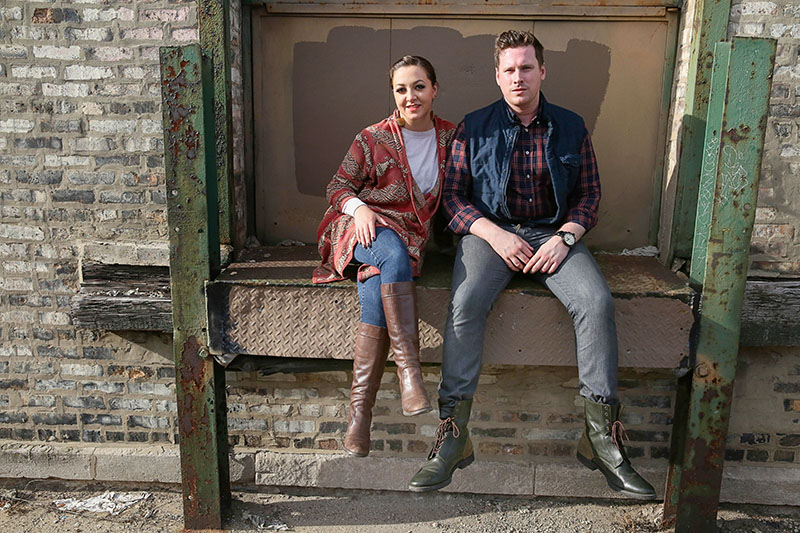