I’ve worked with Laurie during shoots at the MCA, and was thrilled when she asked me to take anniversary pictures of her and her husband TJ. 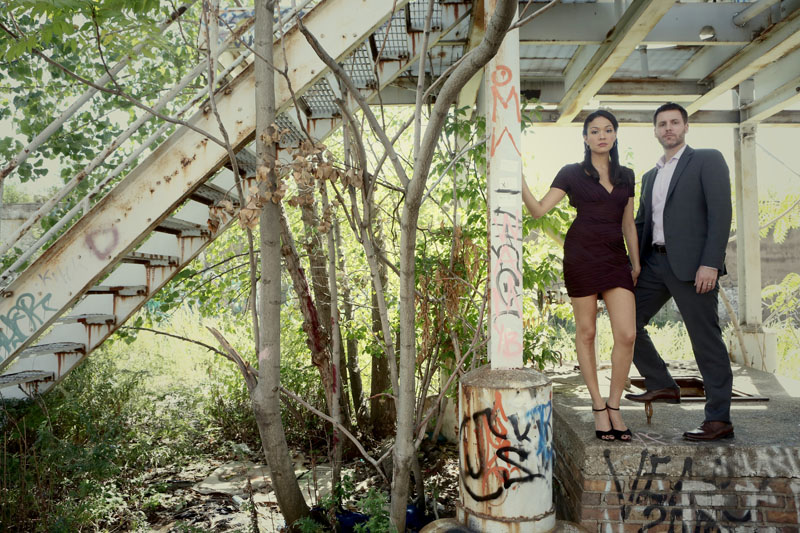 I couldn’t wait to show off some of my favorite locations to Laurie and TJ, starting with this abandoned structure. 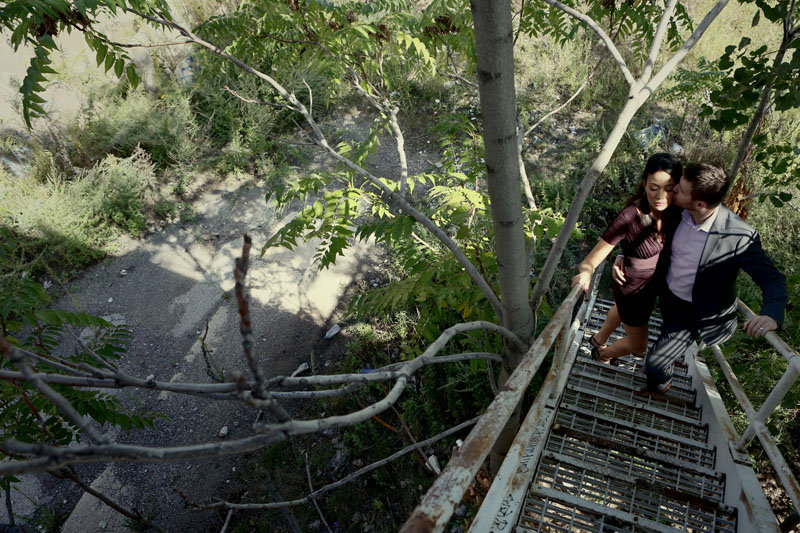 And I appreciated that Laurie braved the grated platform, risking breaking her heel in those gorgeous shoes! 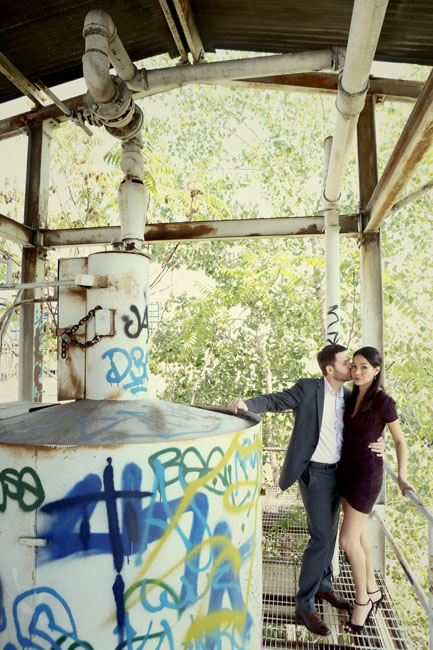 Luckily, that was as dangerous as the shoot was going to get. 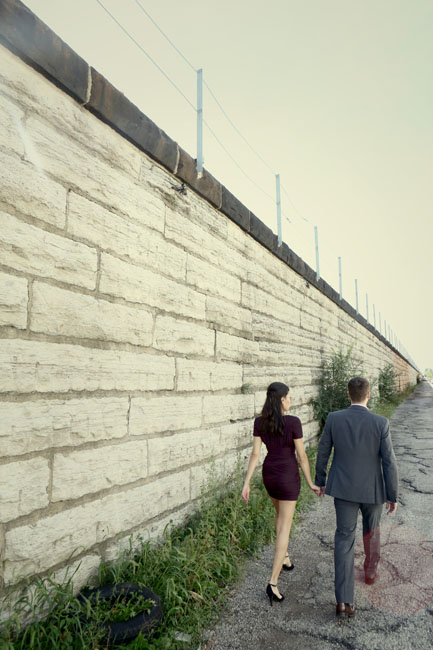 Check out this rat… It’s painted parallel to the train tracks so that approaching it by the head’s side while riding the train, the rat looks whole. As the train speeds by though, you see the bloody guts. How romantic! Perfect for an anniversary shoot! 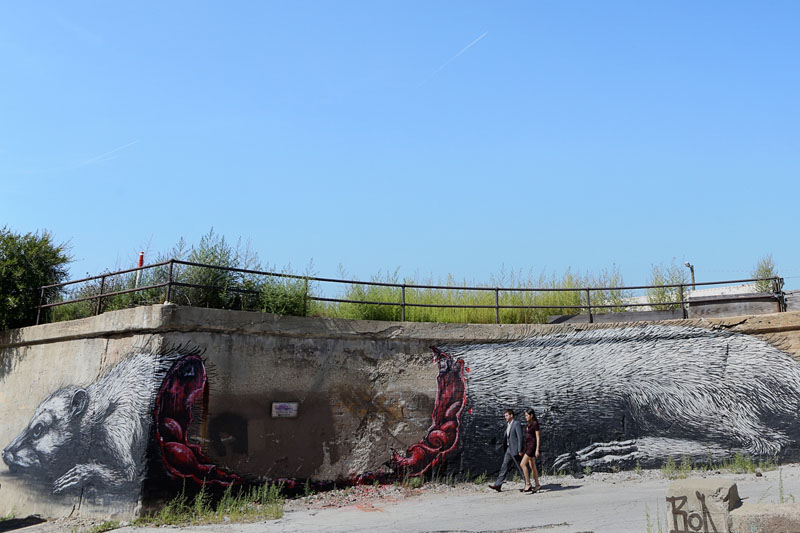 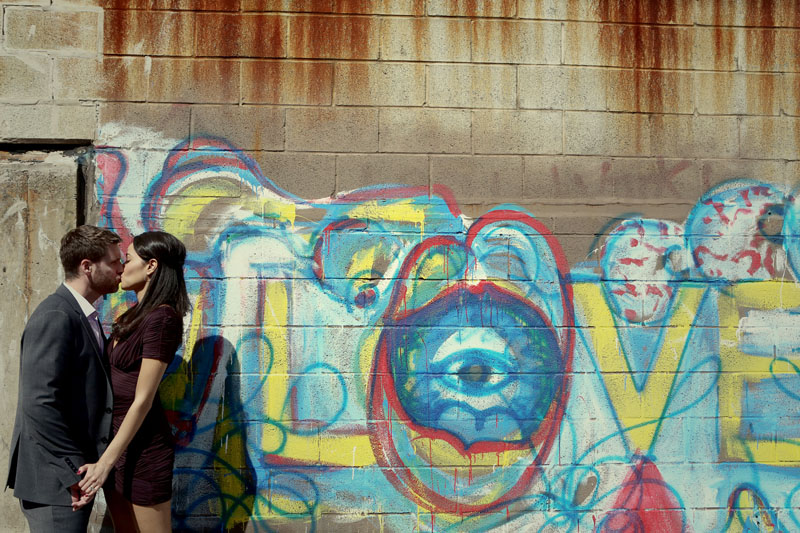 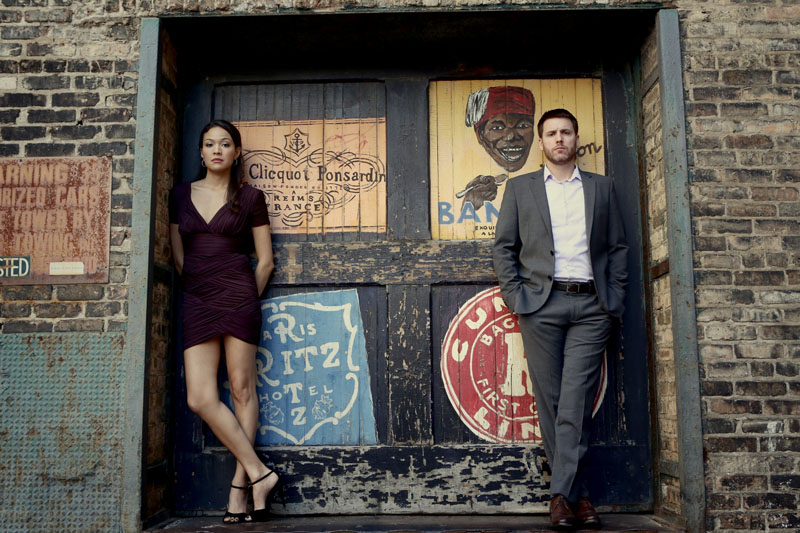 We were in the neighborhood, so we dropped by the abandoned lot by the Metra tracks. 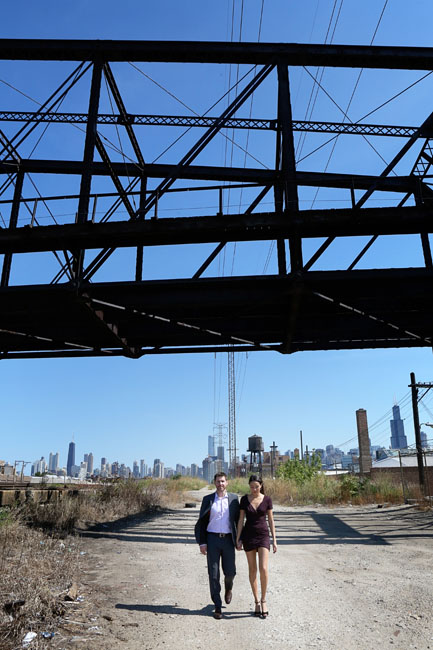 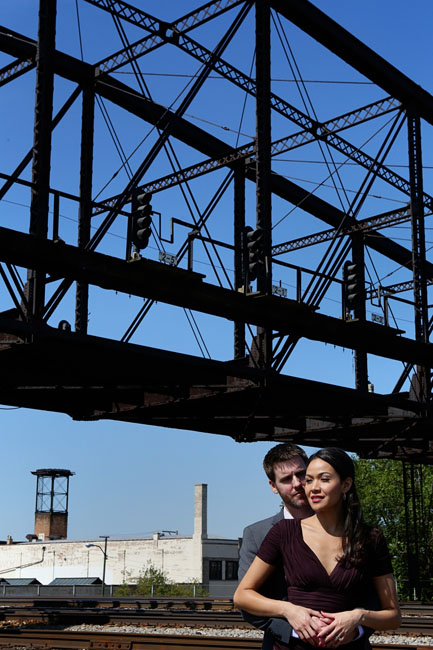 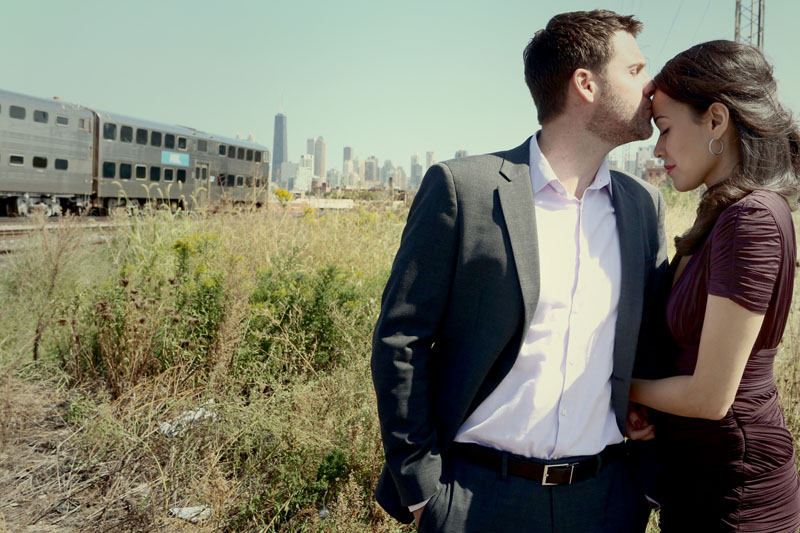 Out of the yard, and on to the streets. 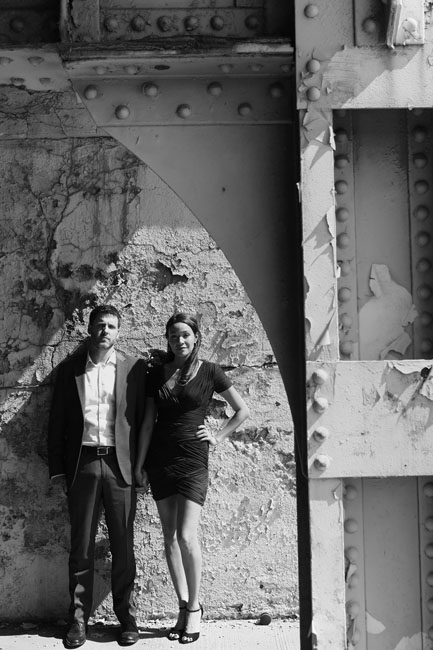 A few shots on the stairs… 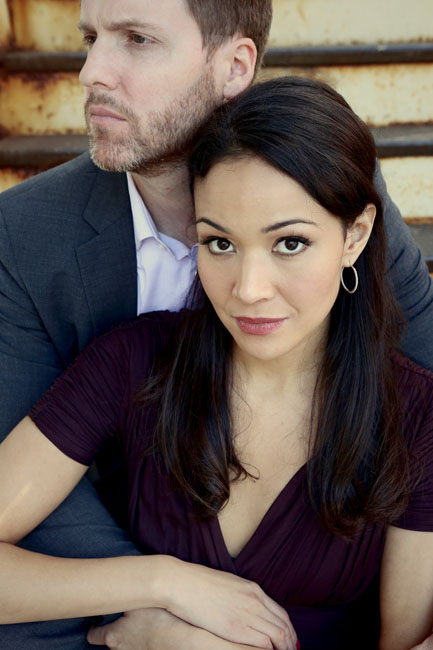 …and then into the alley. I absolutely love the lighting in this spot. 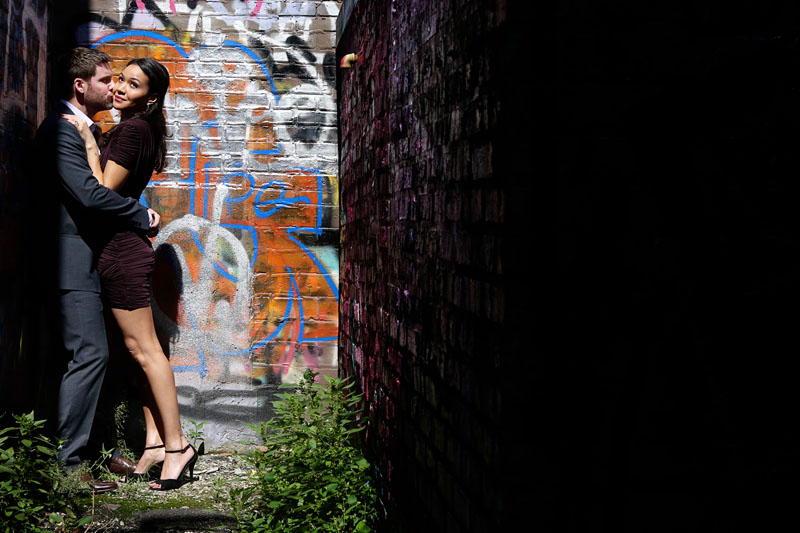 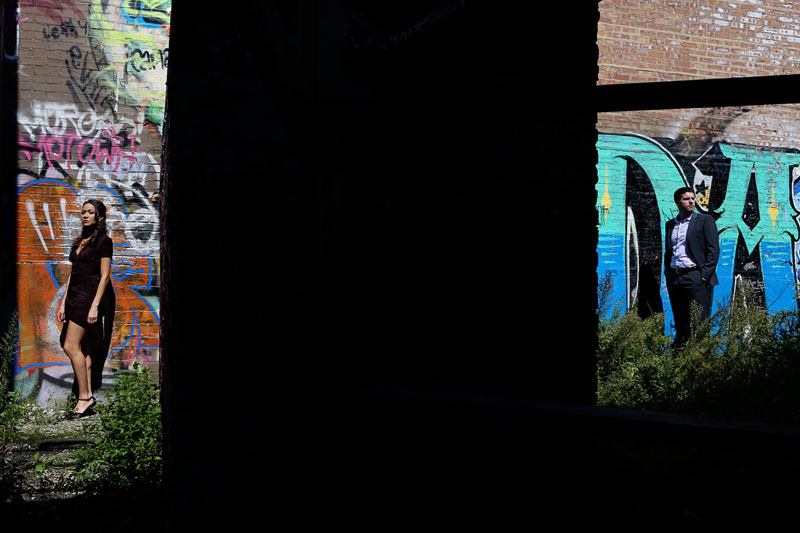 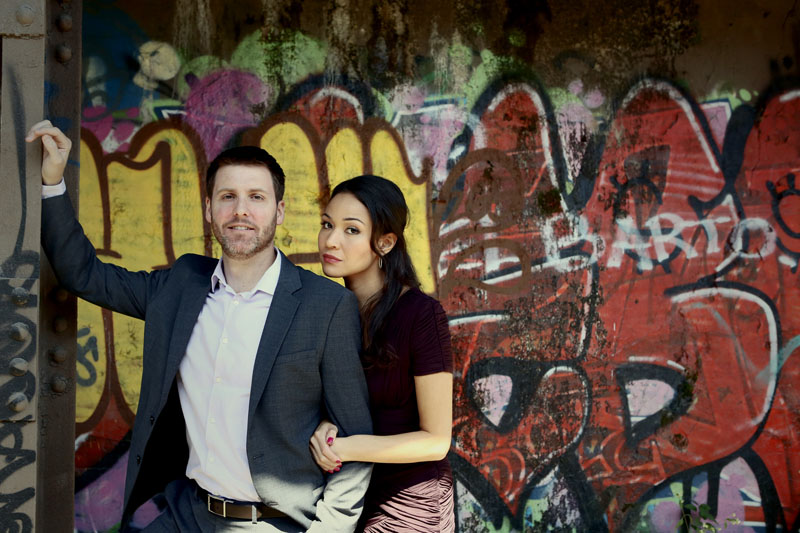 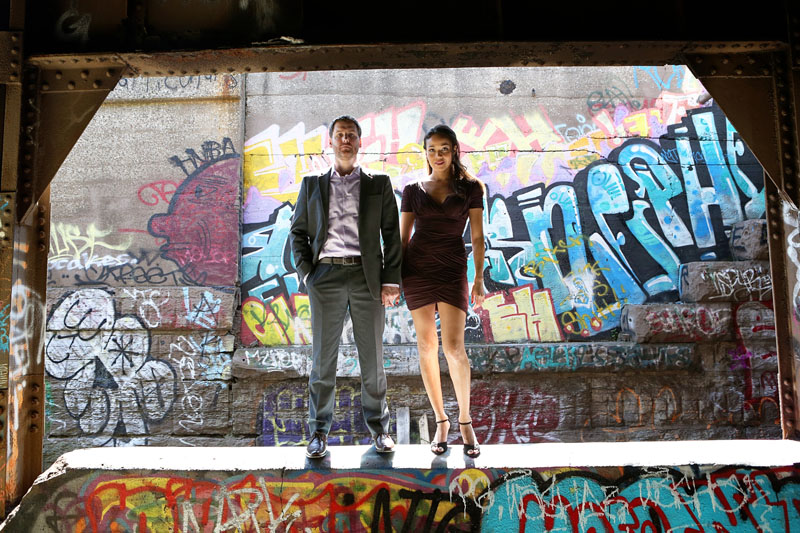