Lindsay and Ken are going to get married! They asked me to meet up with them for an engagement session, and we began the afternoon at The Bedford in the very spot Ken popped the question. 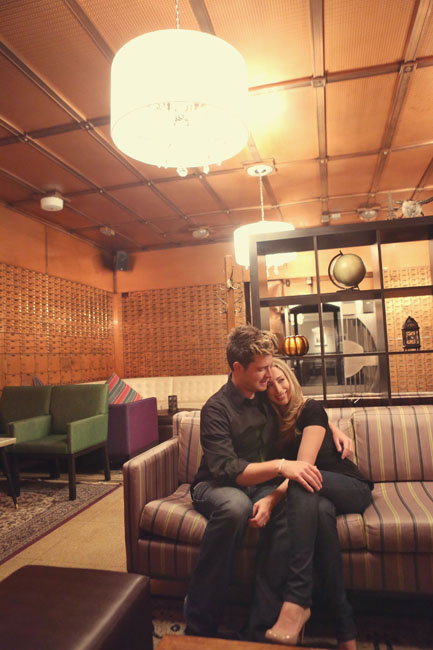 It was quite the proposal, too! I wasn’t there, but Lindsay and Ken told me just how much effort Ken put into setting it up. 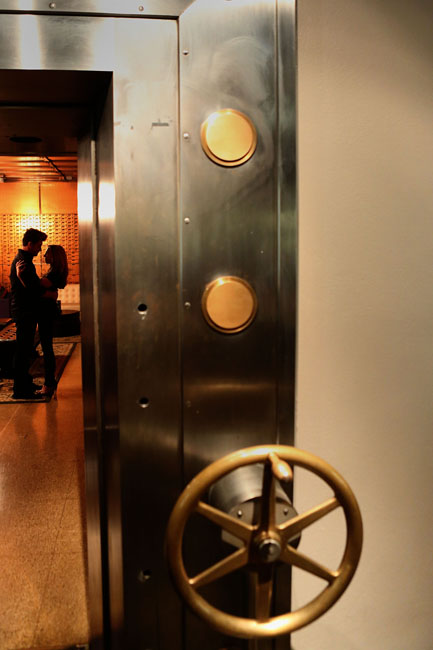 He had cameras set up to capture Lindsay’s reaction. 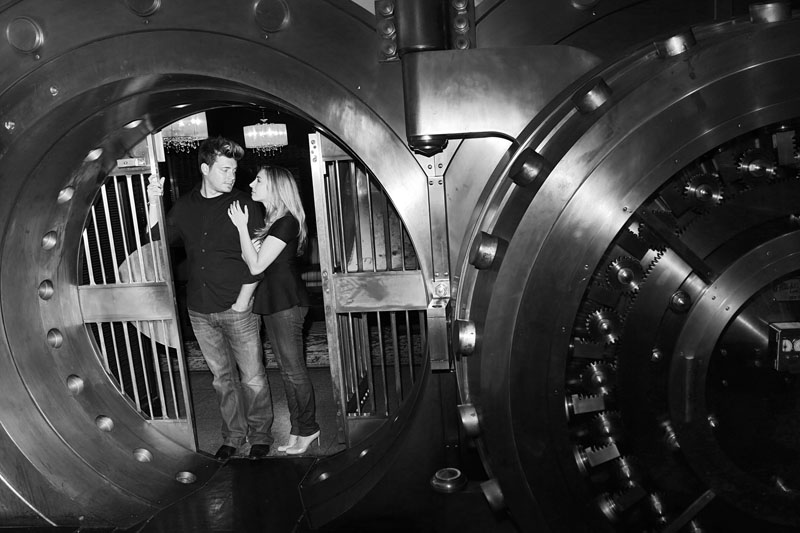 She said ‘yes’ and that was that! 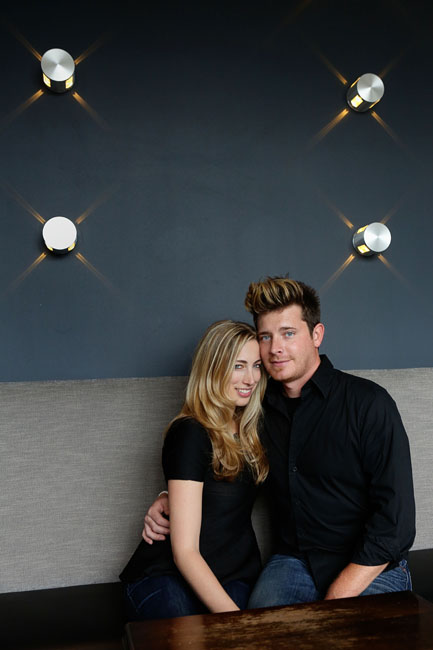 After photographing in the Bedford, we headed out to the city’s west side for some outdoor shots. The sky was gloomy, but Ken and Lindsay’s spirits were high. 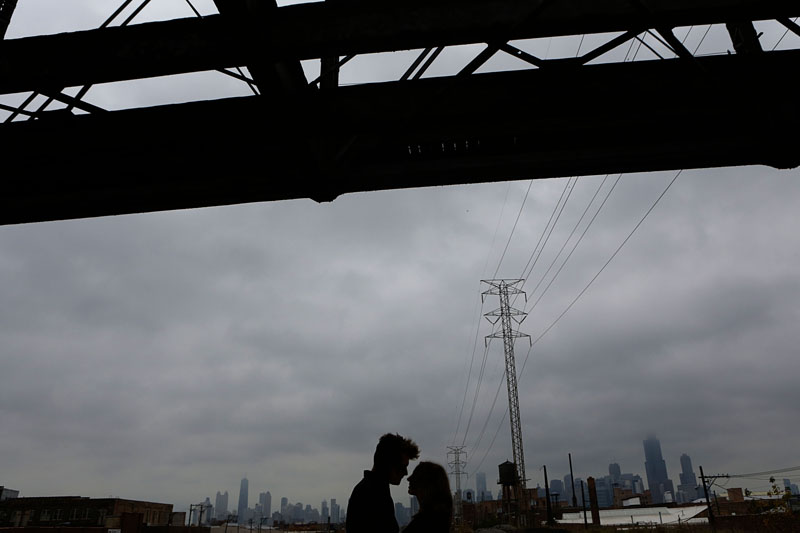 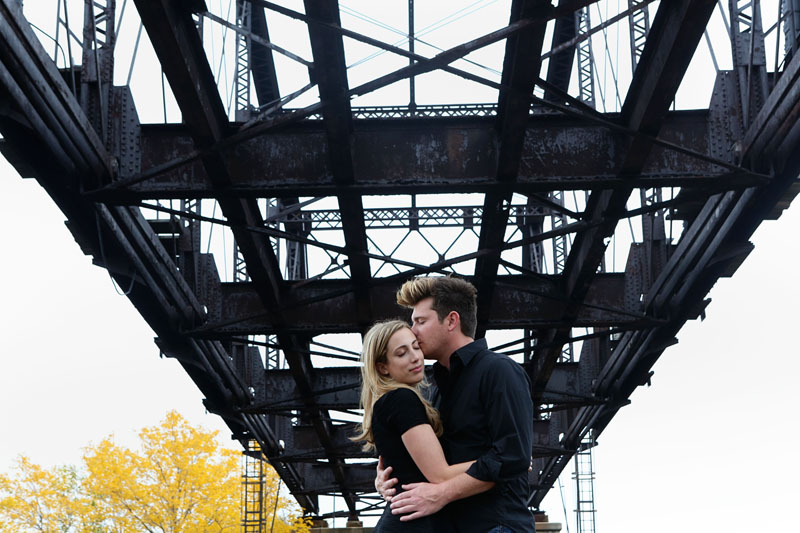 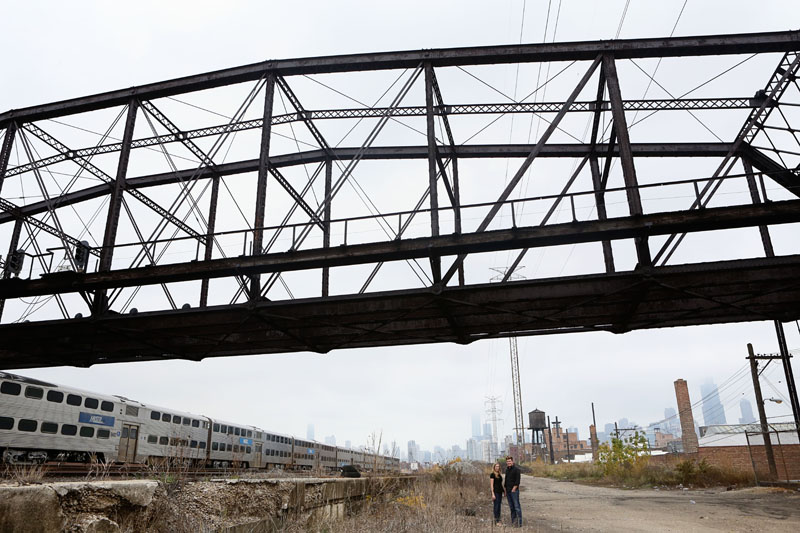 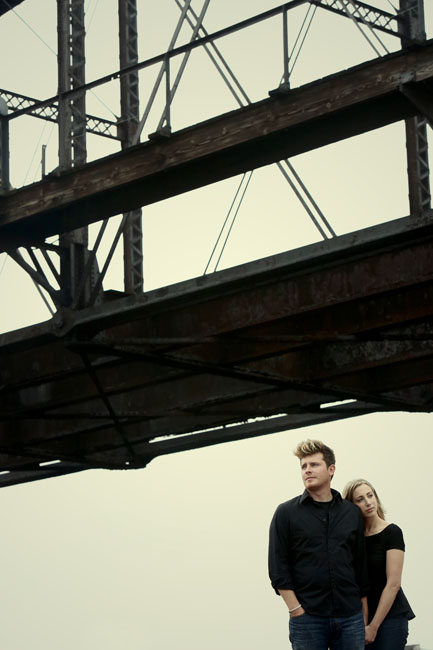 What a gentleman! Ken gave Lindsay a lift so she wouldn’t have to ruin her shoes in the tall grass. 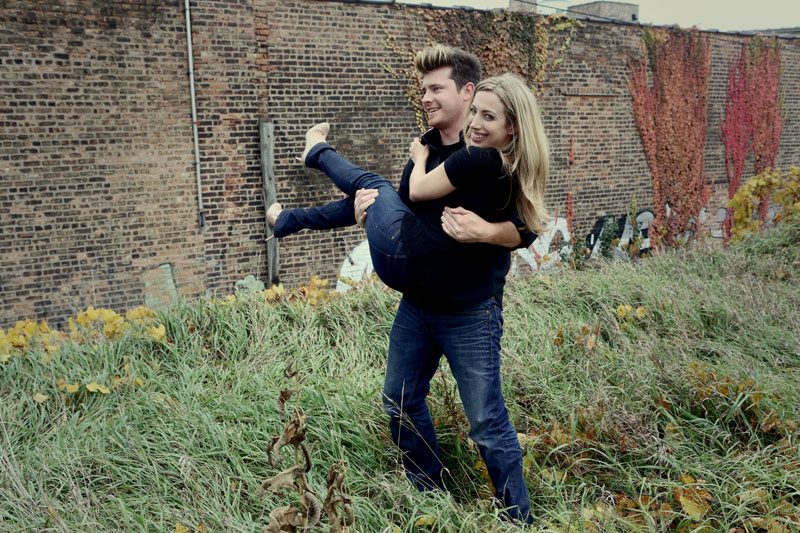 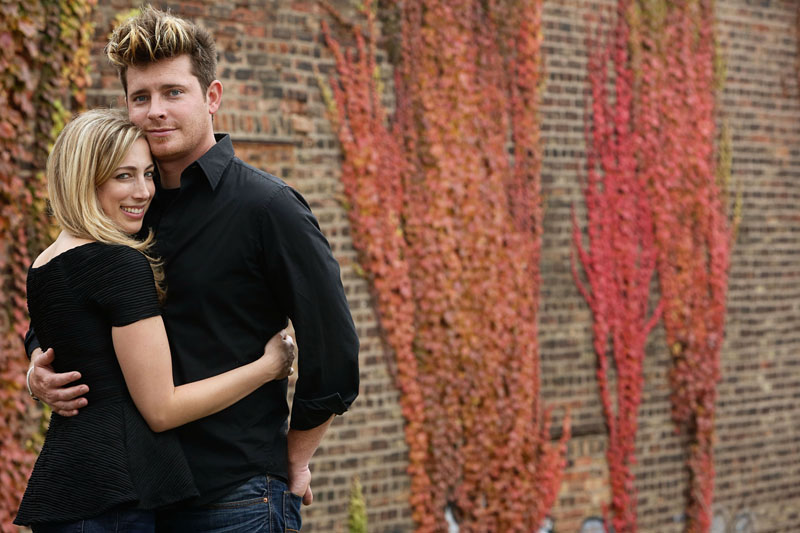 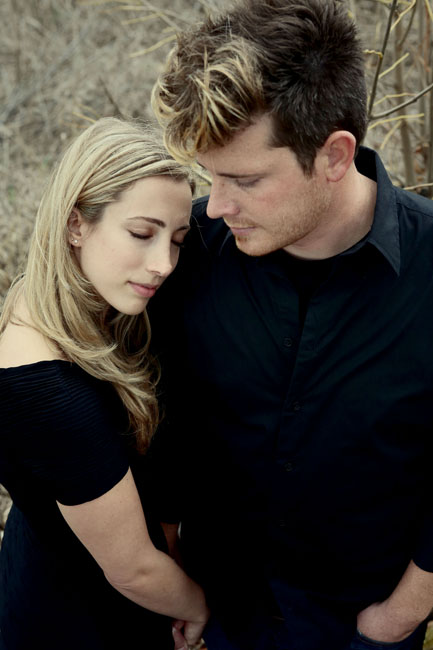 We did the west side up right, and headed back into the city for the next round of photographs. 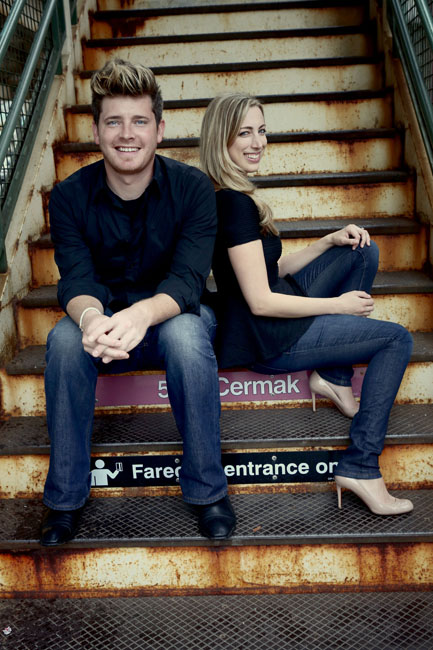 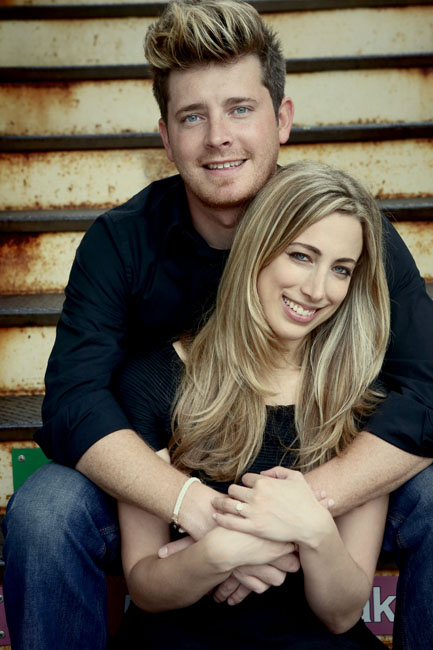 Ken owns and operates a golf equipment store in Wicker Park. We posed for a minute before heading down the road. 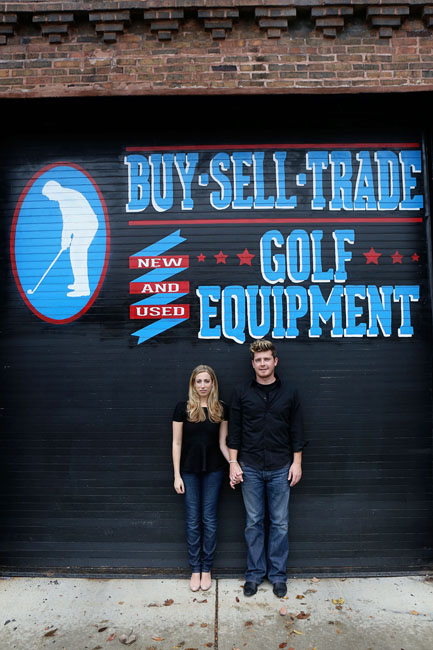 No stopping for work, though! I showed them another of my nearby favorite spots for pictures. 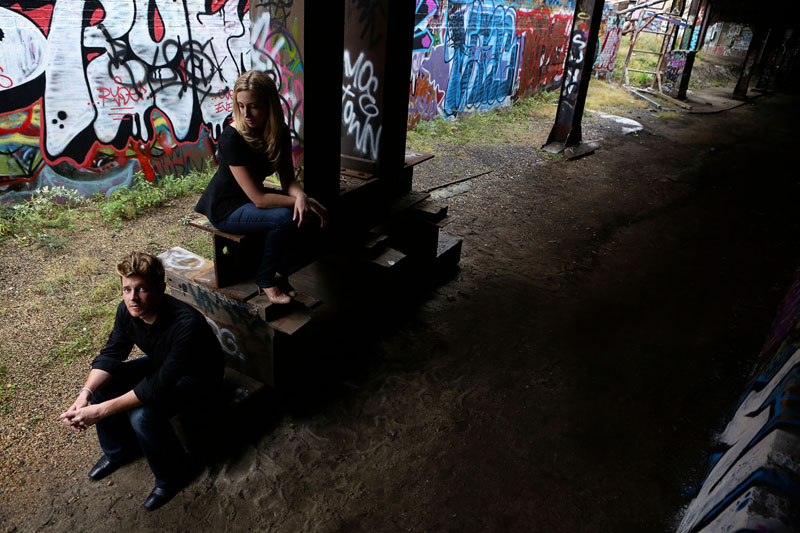 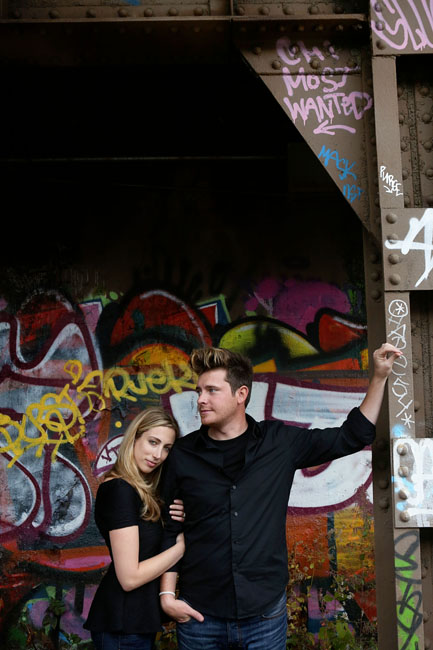 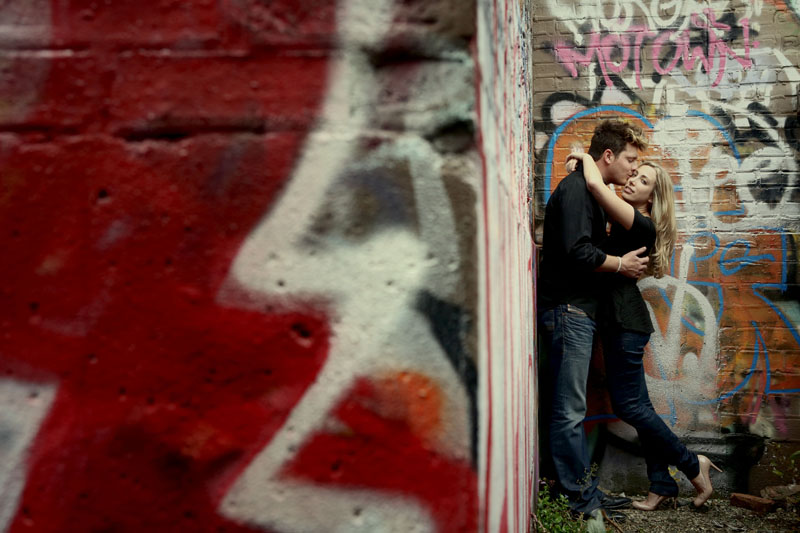 Lindsay did a great job in front of the camera. She’s going to make a gorgeous bride! 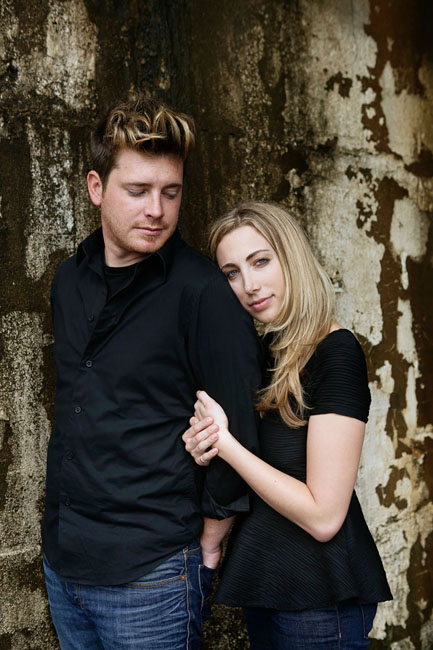 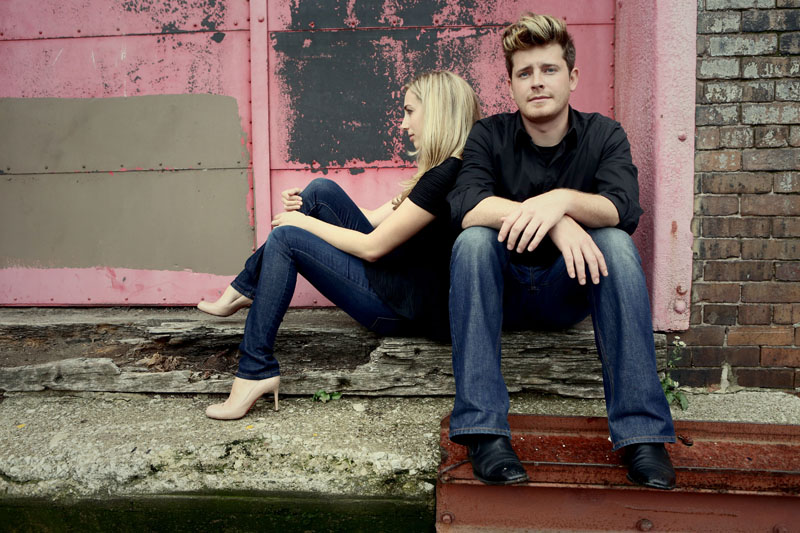 Lindsay, Ken and I were down by the river when it began to sprinkle. It was almost time to wrap things up, anyway, but before we did, there was someone else who needed some camera time. 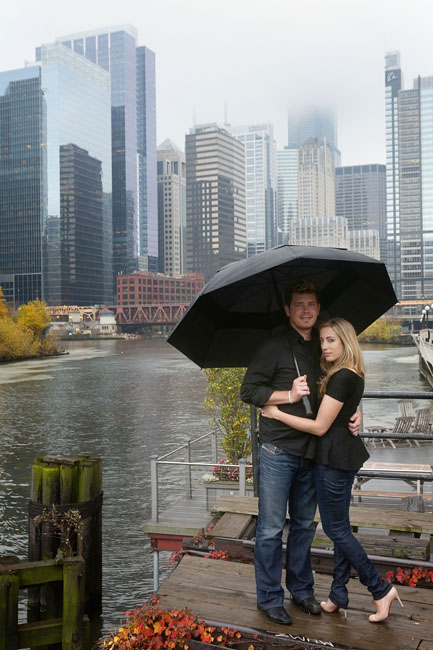 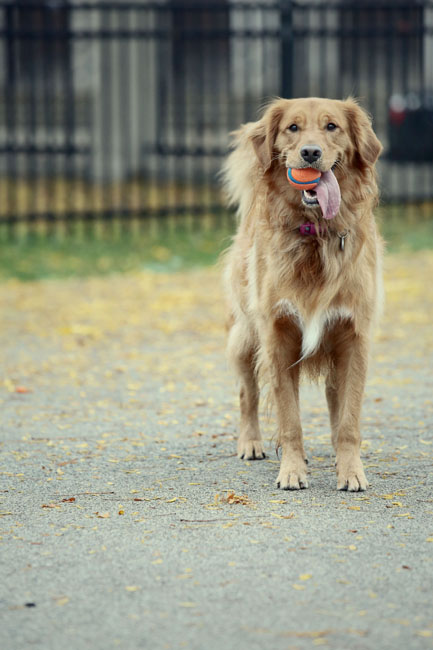 Look at that happy face. And not shy around the camera at all! 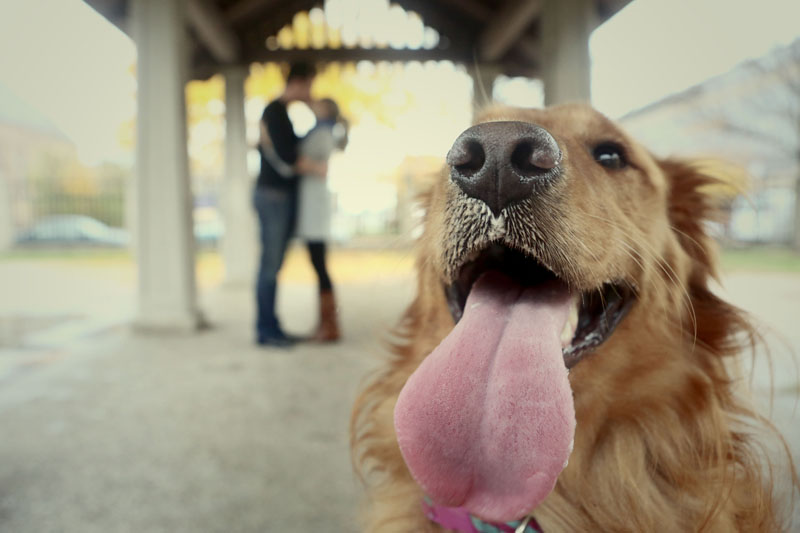 I had a great time photographing you, Lindsay and Ken! Congratulations on your engagement! 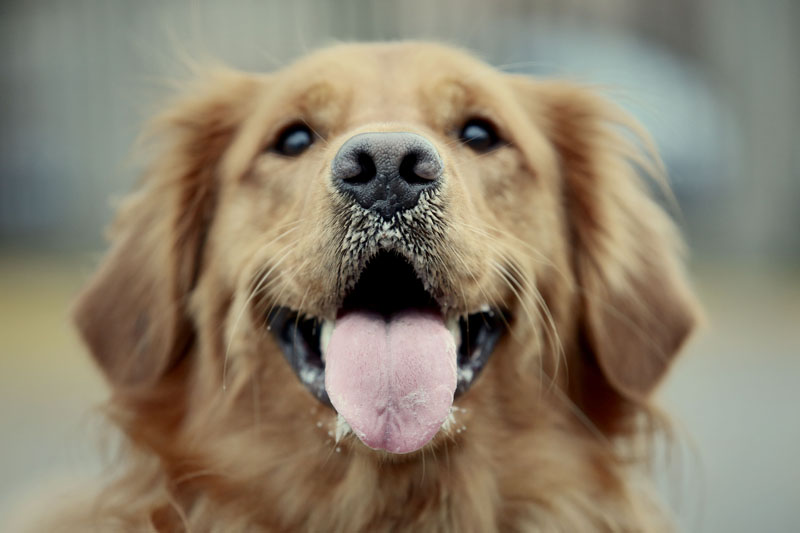