Lucy and Perry observe the Chinese tradition of taking photos in their wedding outfits prior to the ceremony itself and hired me for the job! I met up with them at Montrose harbor, where I saw that Lucy had brought along a bunch of heart-shaped balloons. We went to the shoreline where they released them into the air. 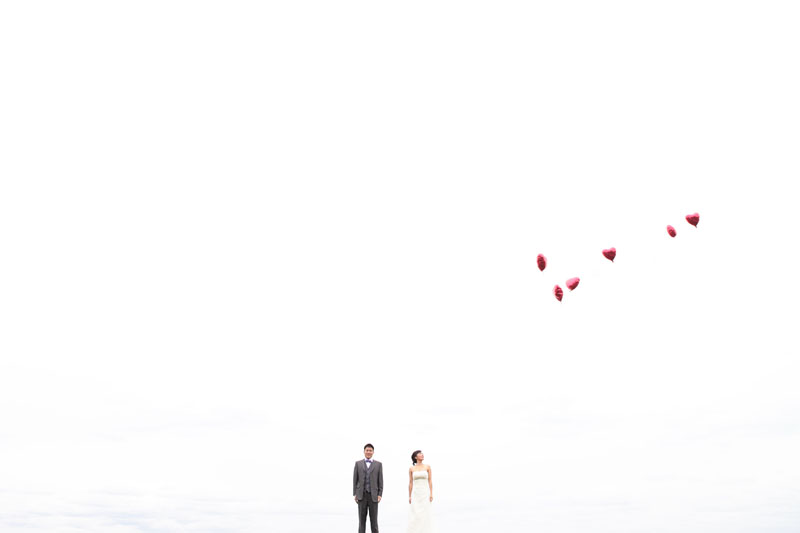 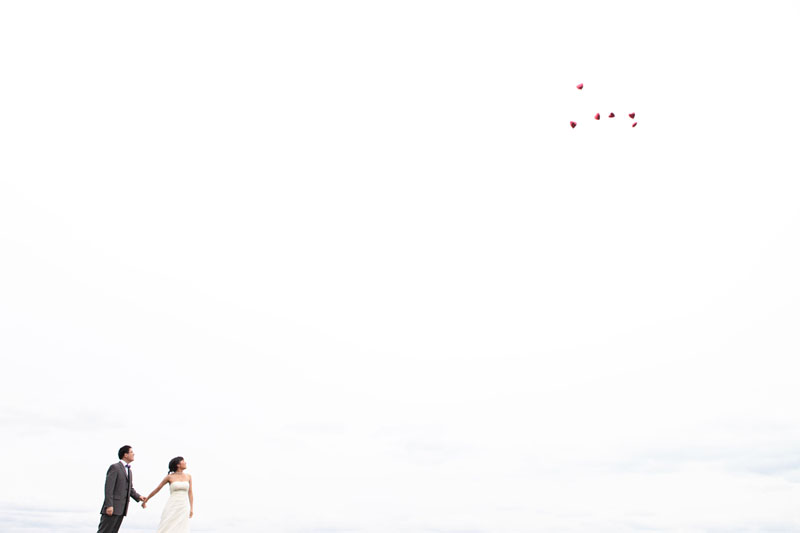 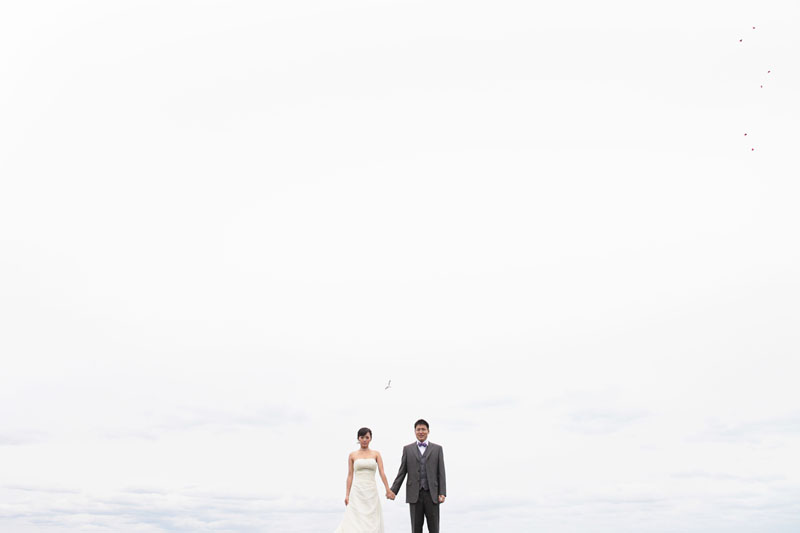 Another spot we visited was the lily pond outside of Lincoln Park Zoo. 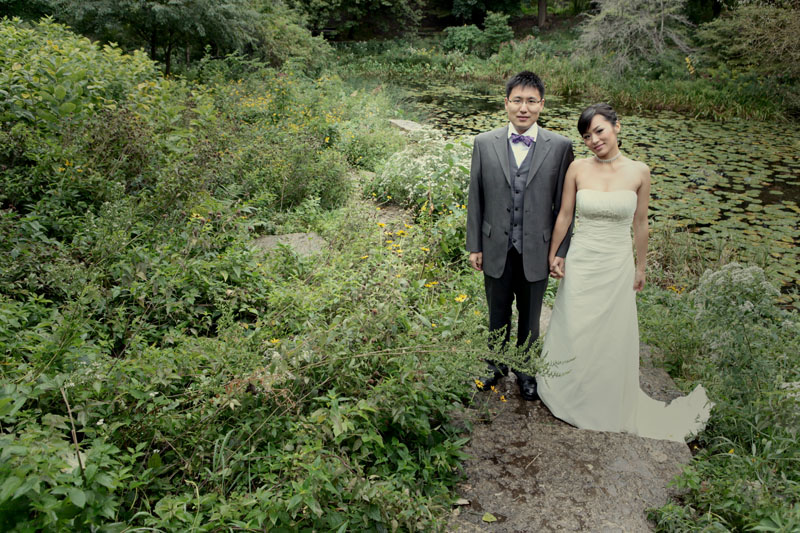 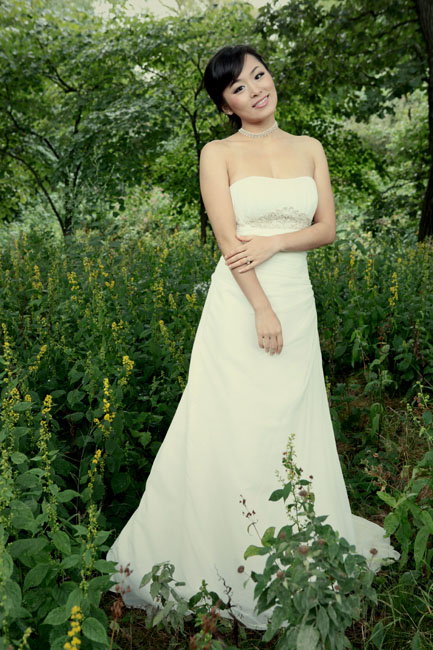 This was one busy couple! They had a lot of stops they wanted to get in during their shoot… 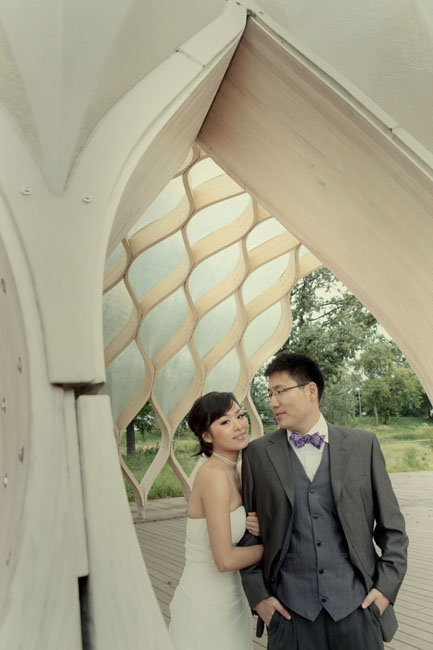 …and the next one up was A New Leaf. 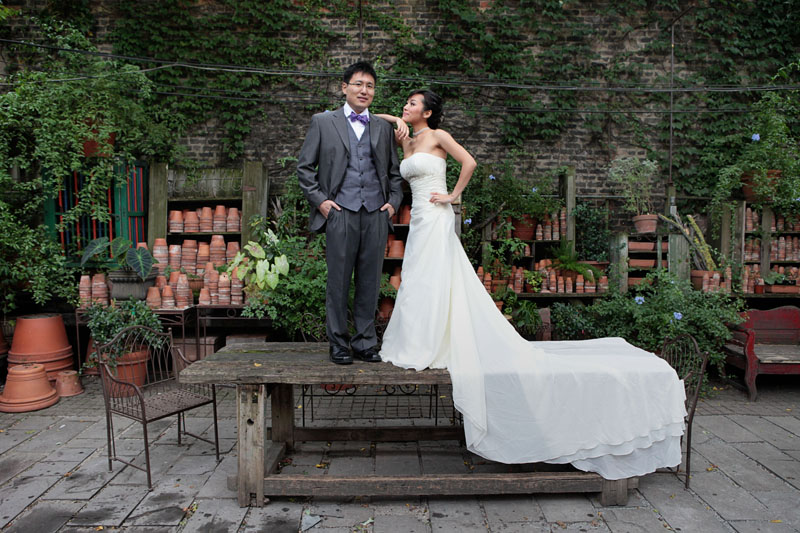 Lucy loves flower shops, and the owner of A New Leaf let us stop by. 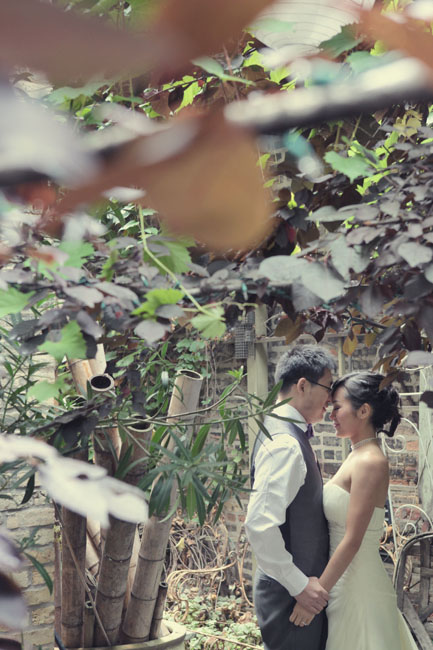 Then we hit the heart of downtown and the LaSalle St. Bridge. 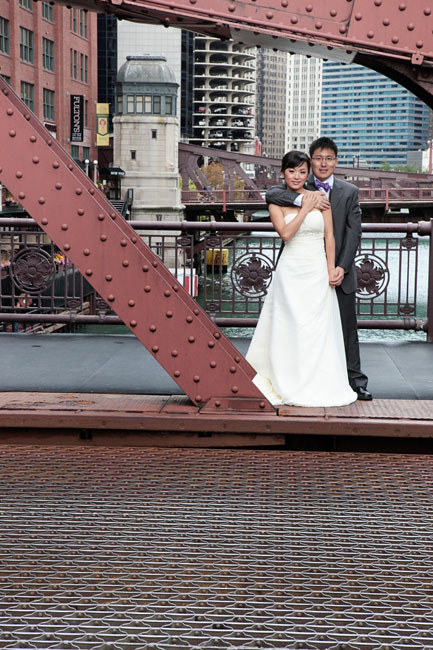 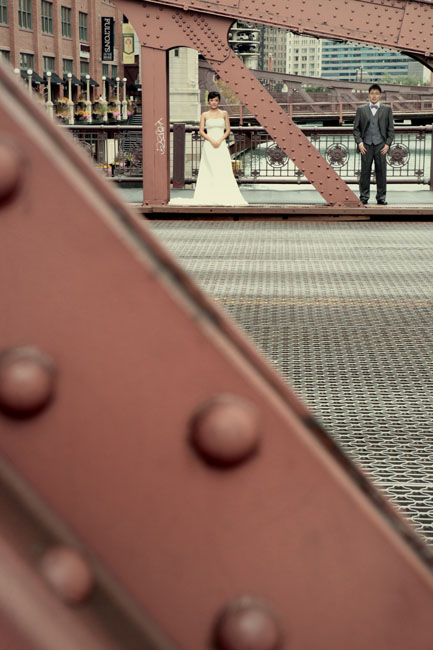 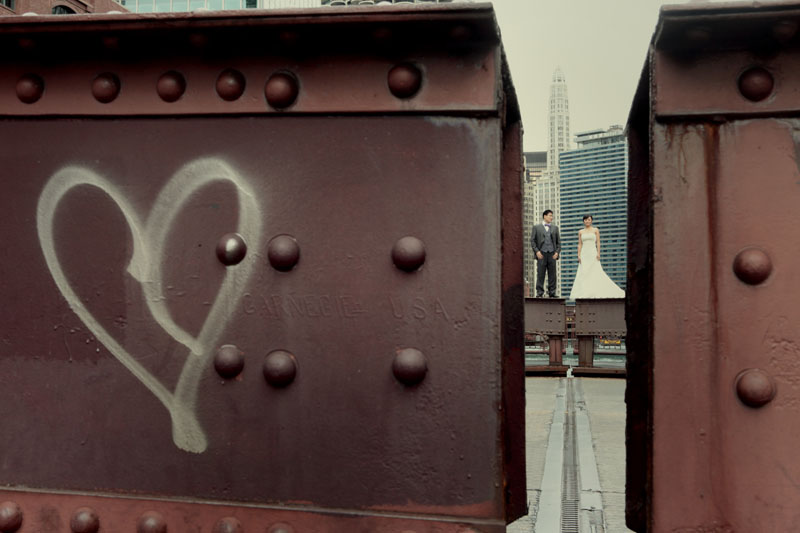 After the bridge, we hit up the North Avenue beach for some lake breeze and a skyline shot. 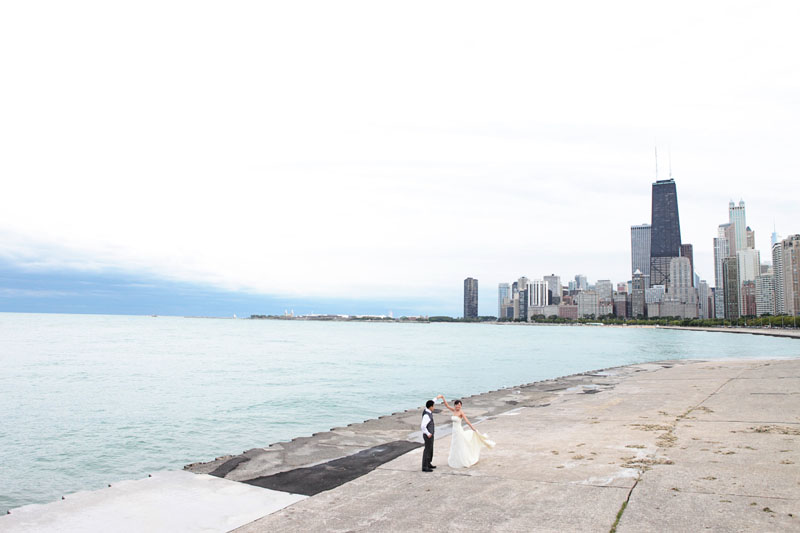 While we were in the neighborhood, we checked out some of the underpass murals on the north side of the city. 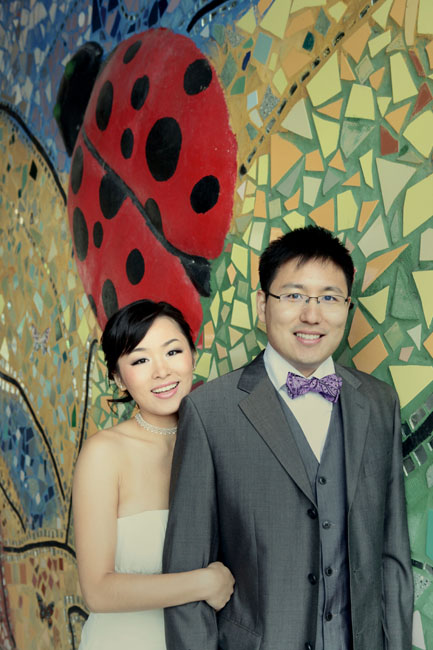 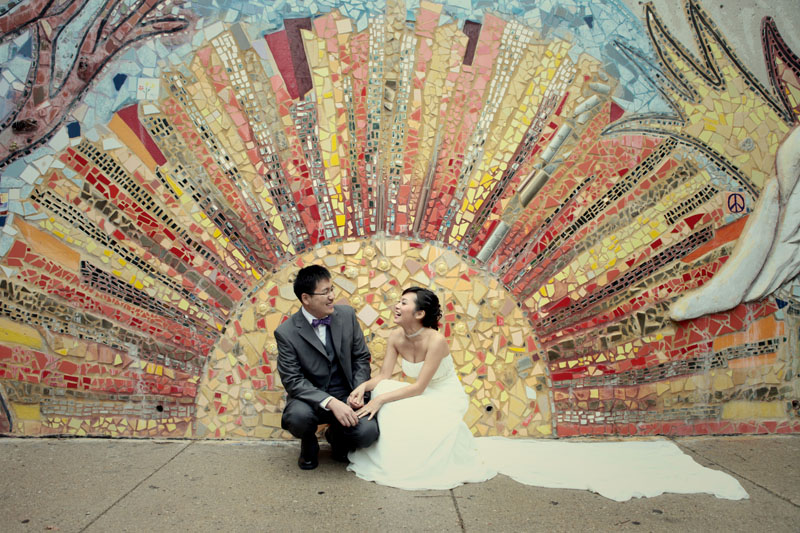 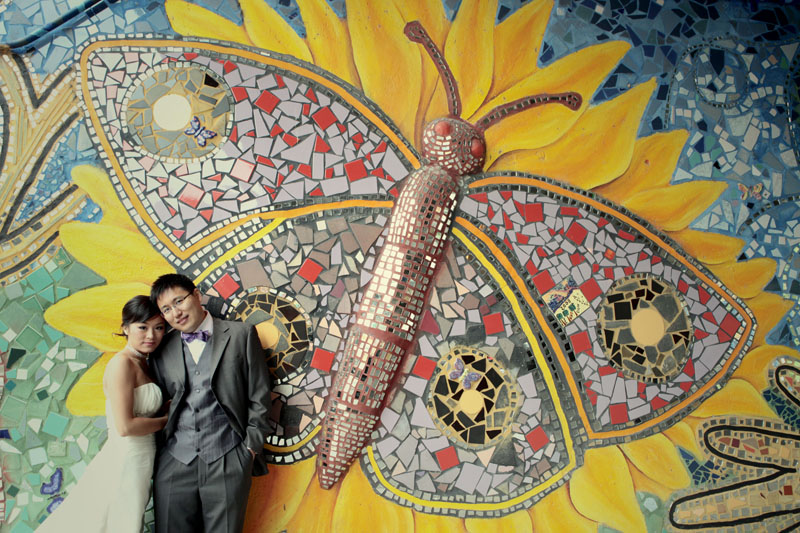 Our tour concluded by traveling out of the city and heading north to the Bahá’í Temple in Wilmette. 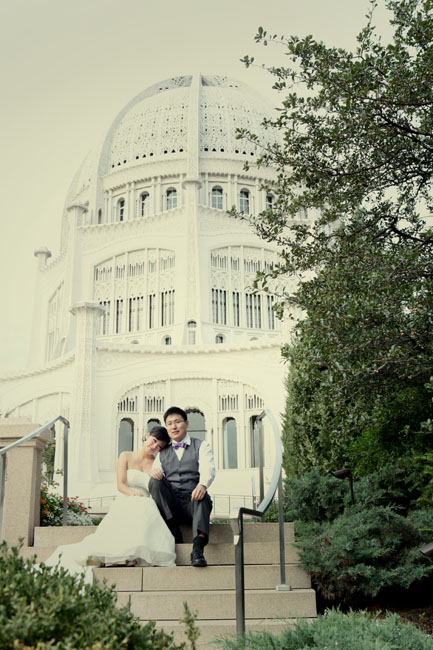 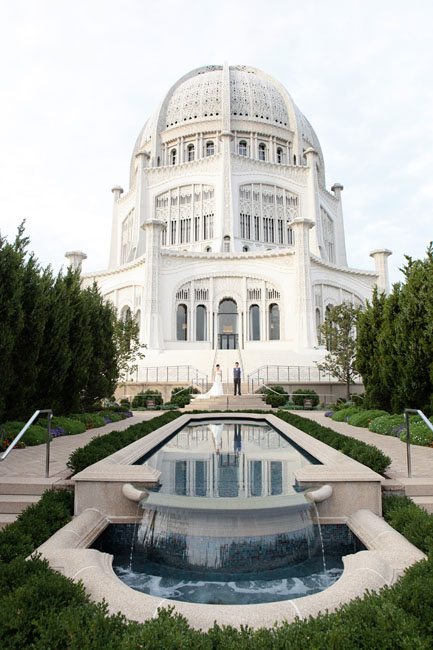 I hope you enjoy your wedding photos, Lucy and Perry! It was a blast touring the city with you! 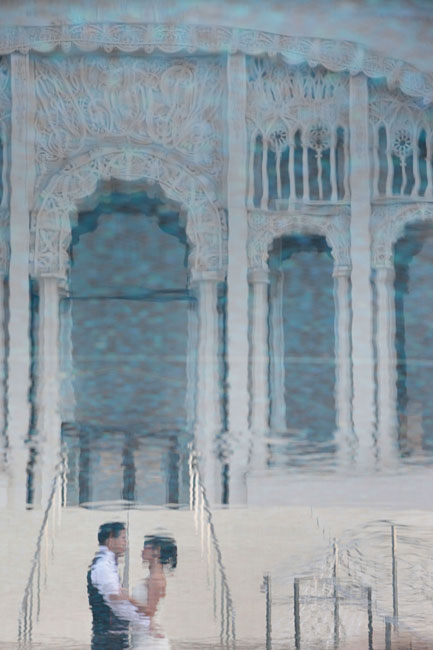