I travelled to Milwaukee a few weeks back to photograph an engagement session for Megan and Eyton. I won’t be at their wedding, but jumped at their offer to show me around their stomping grounds. These two live music fans began the tour at Pabst Theater, a fantastic landmark near their home where these two have seen their fair share of shows. 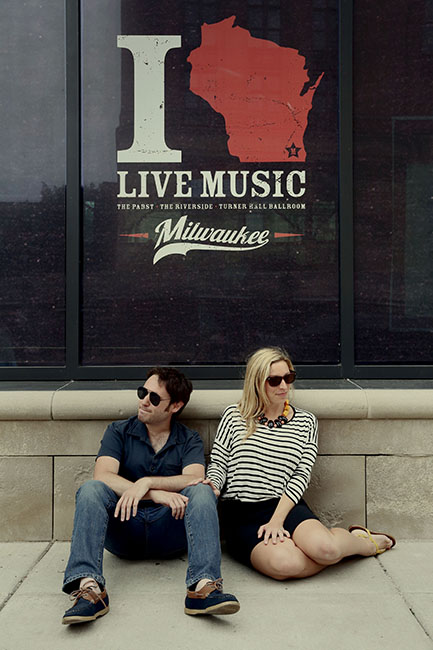 Megan and Eyton cozied up in the cheap seats… 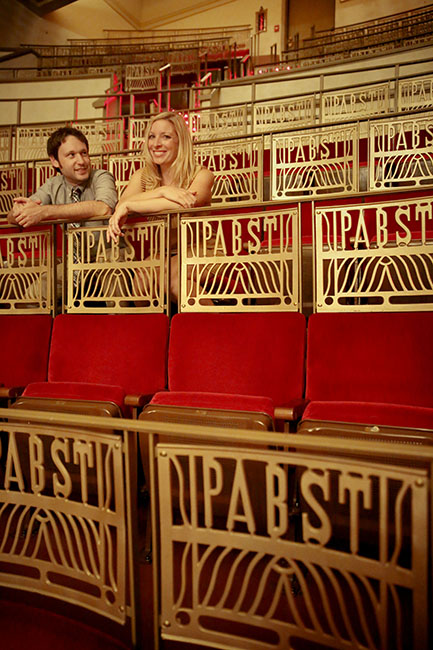 …before striking a pose on the stage. 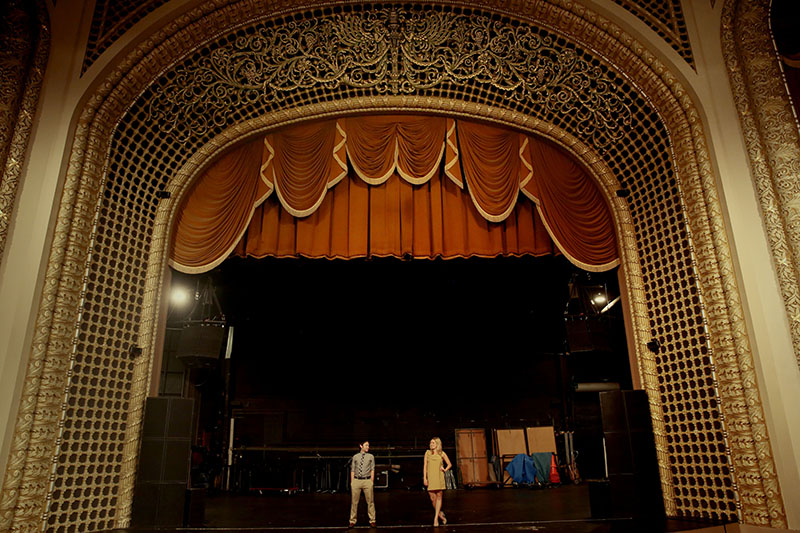 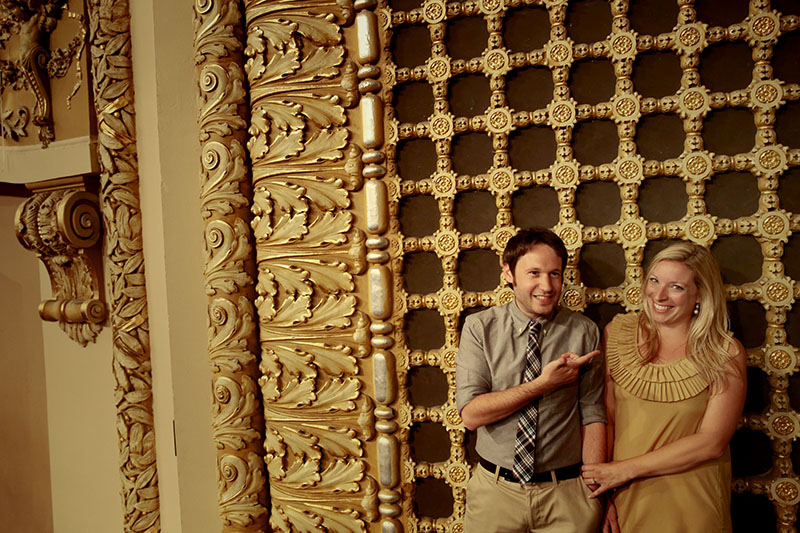 A gigantic chandelier sparkles above the auditorium. 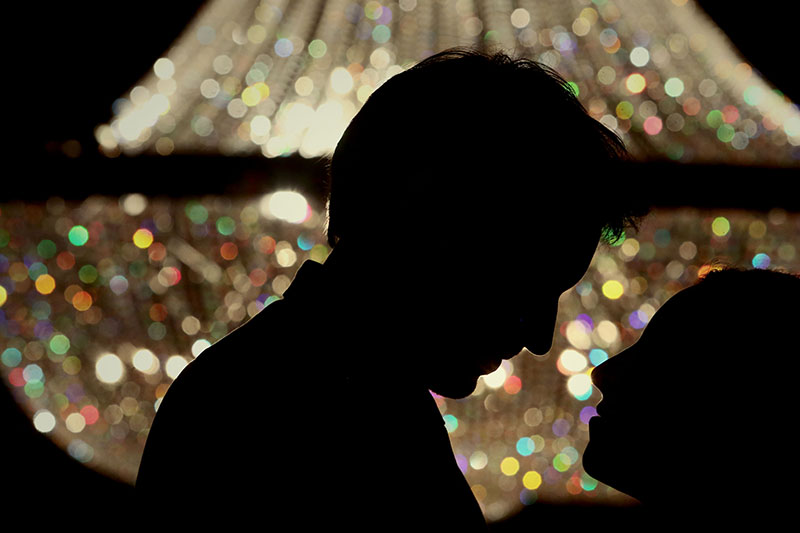 I can see myself making a trip back here soon. When’s the next time Dolly Parton is coming through town? 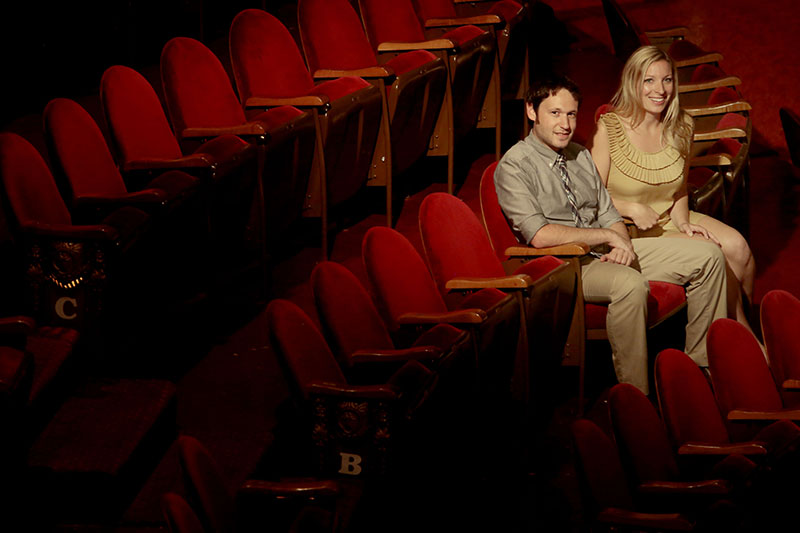 Across the street from Pabst Theater is City Hall, and it’s fantastic, classic architecture. 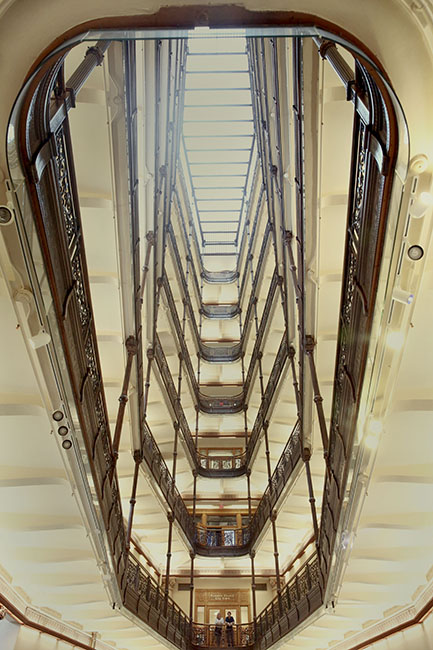 Having never spent a great deal of time in Milwaukee before, every stop was a new discovery for me. 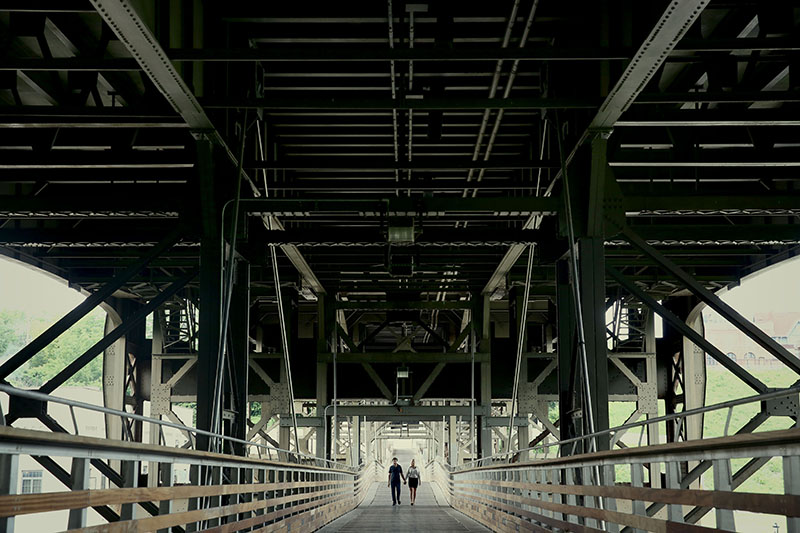 Megan and Eyton made me squeal inside with the locations they chose. 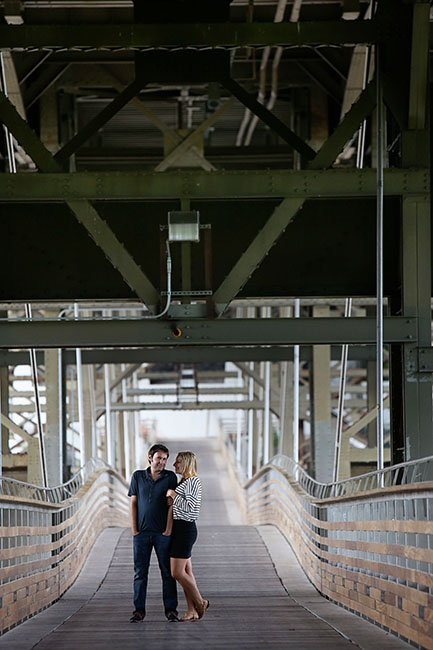 There was a tire swing under this bridge, and the couple saw it as a great opportunity to show off their acrobatic skills. 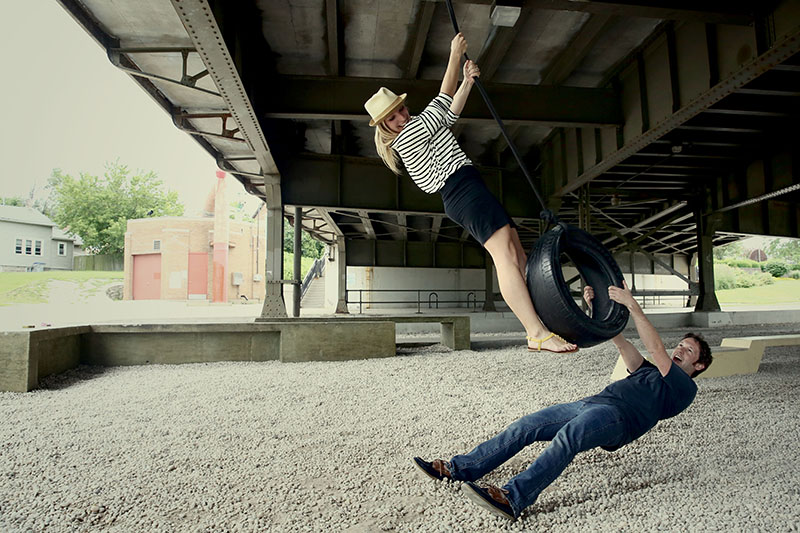 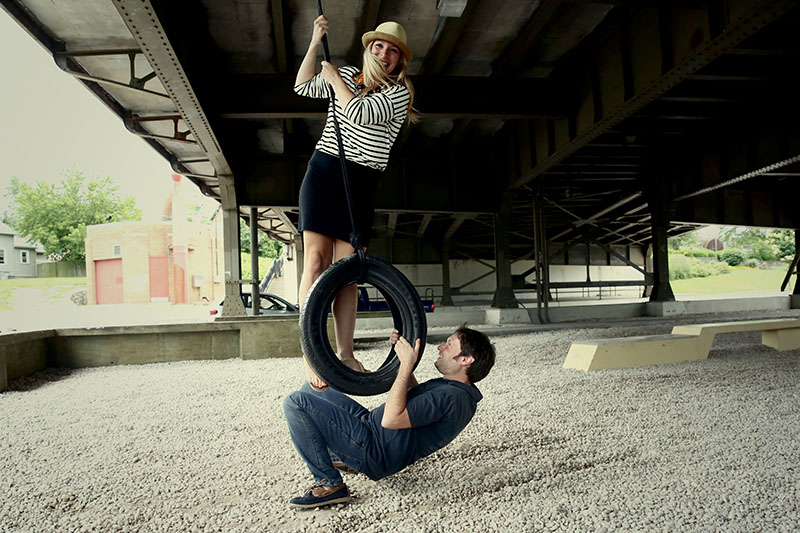 After some flirting on the platform swing… 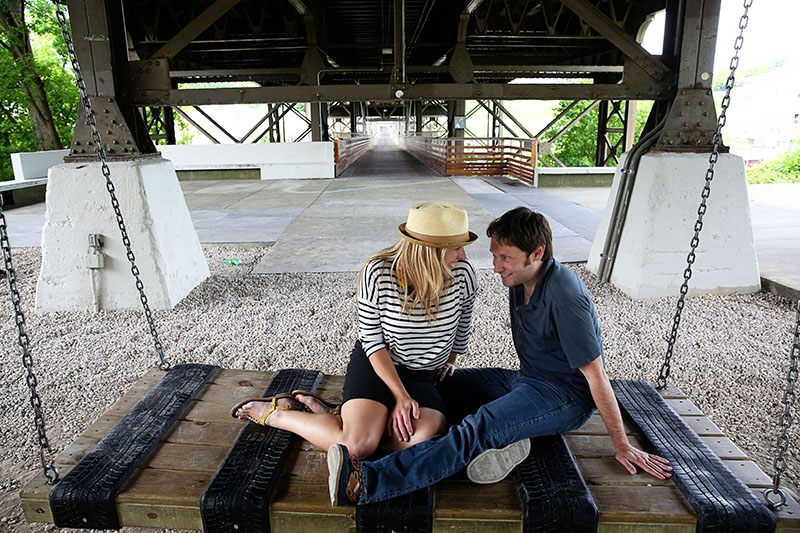 …We stumbled across a building with some great windows and lighting. 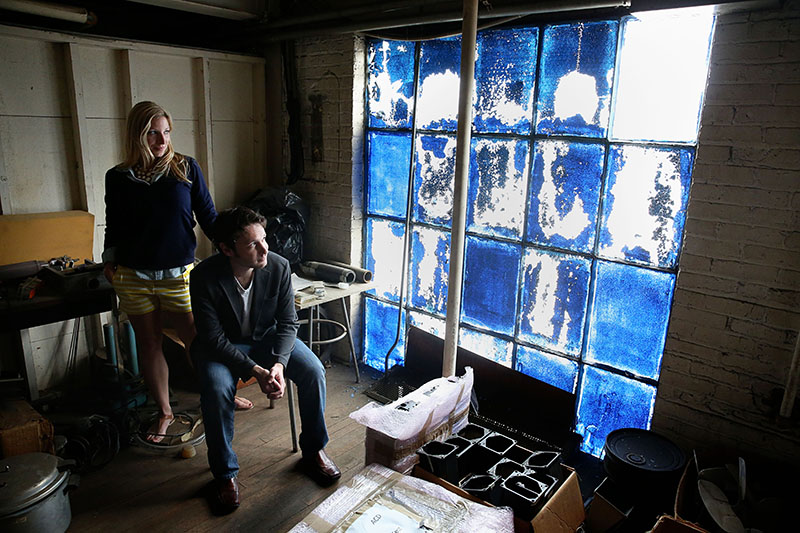 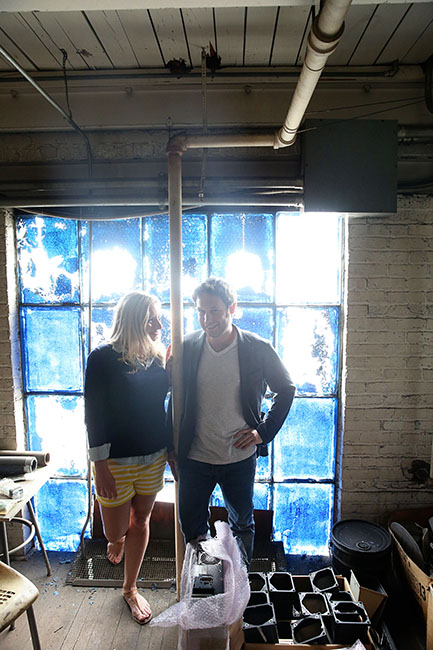 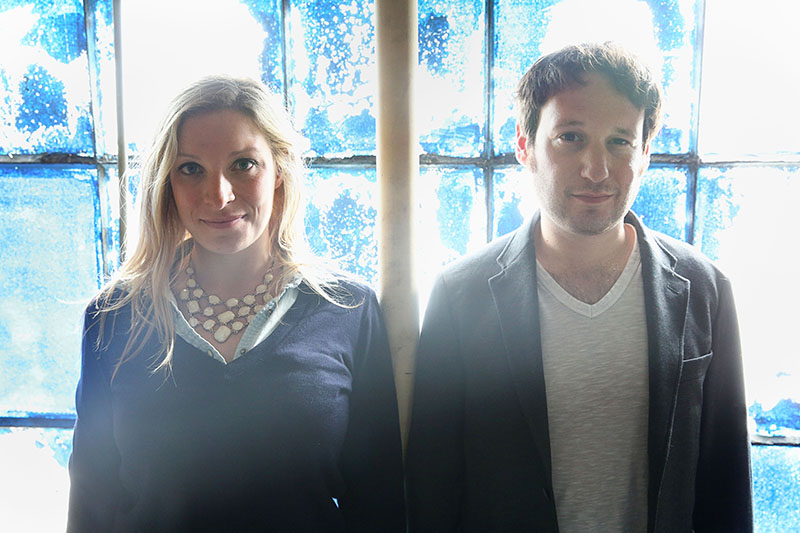 I had this music stuck in my head for the rest of the day after shooting in front of this mural. 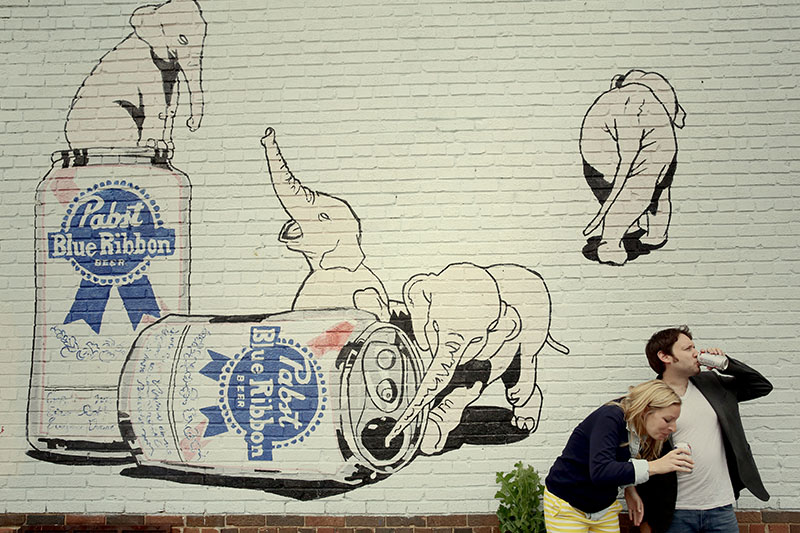 The drinks went straight to their heads! 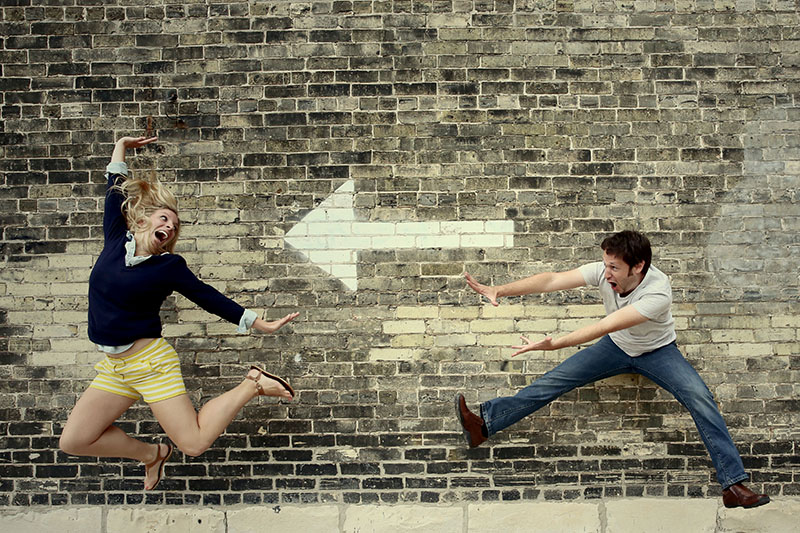 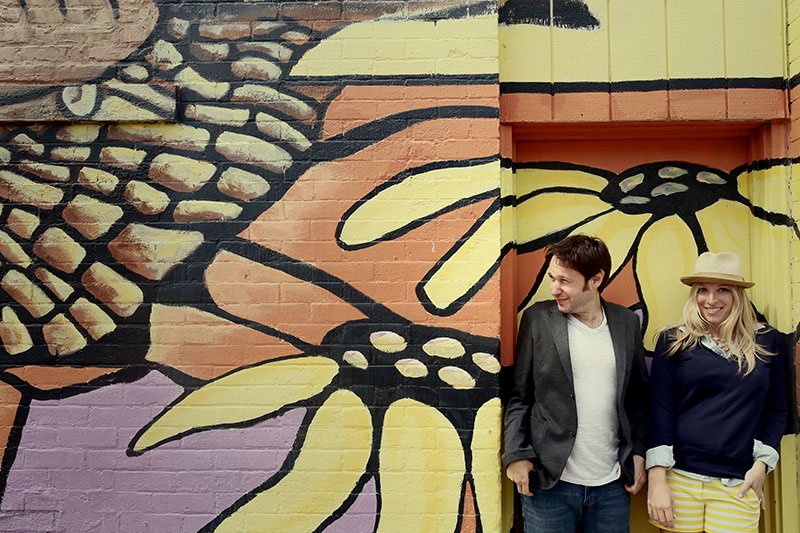 …and they were game! 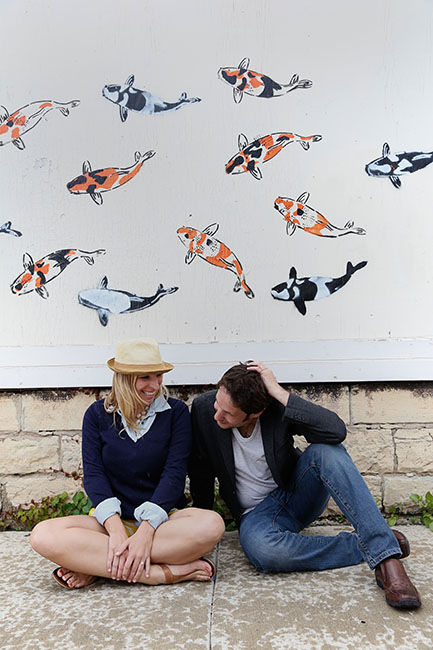 We began to wander around some of the shipping and manufacturing yards, which was right up my alley. 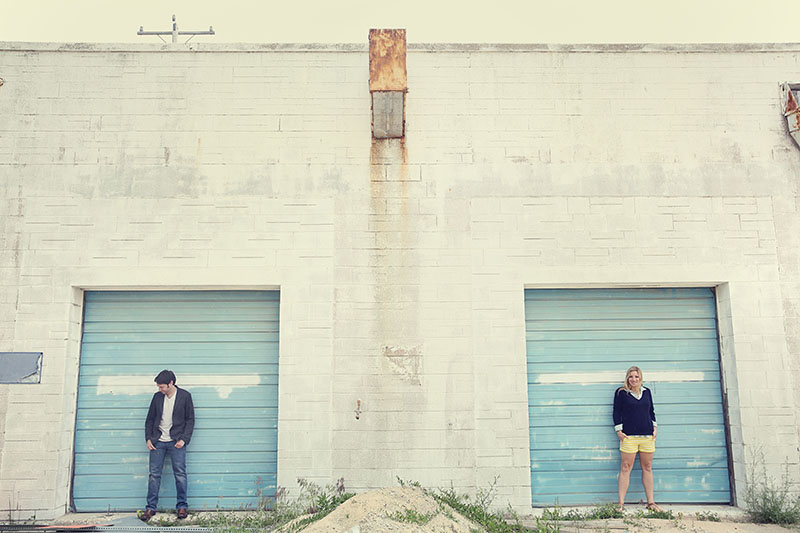 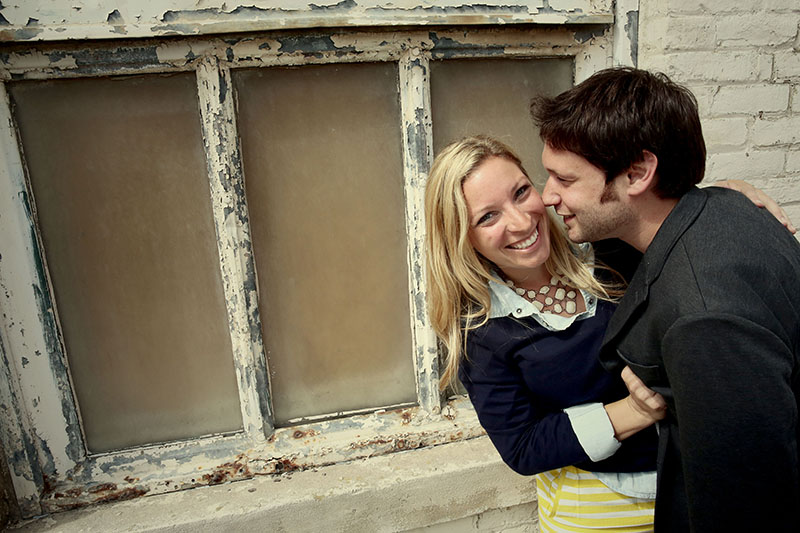 When you find abandoned railroad tracks, you have to try balancing on them. Wisconsin state law. 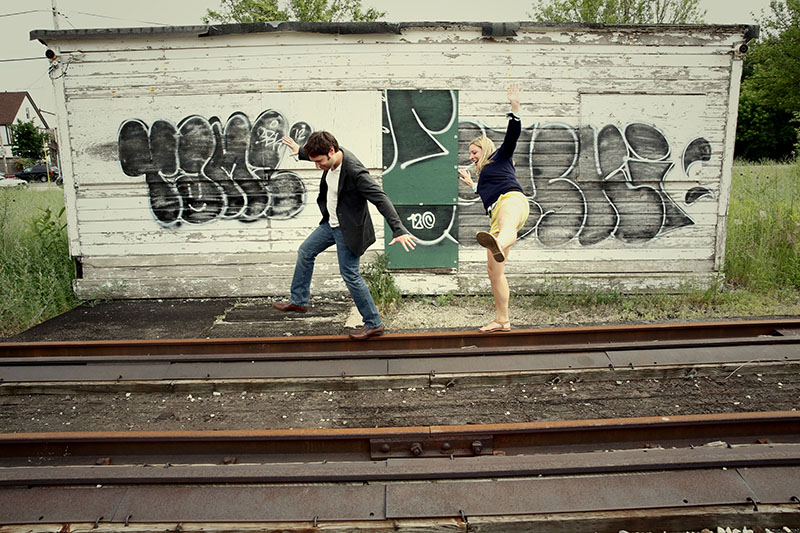 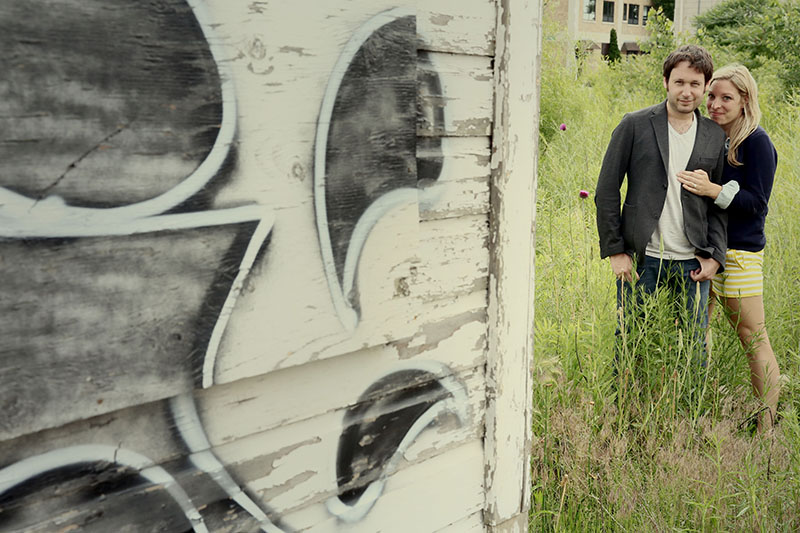 Make a wish! That’s a HUGE dandelion, so any wish is guaranteed to come true, right? 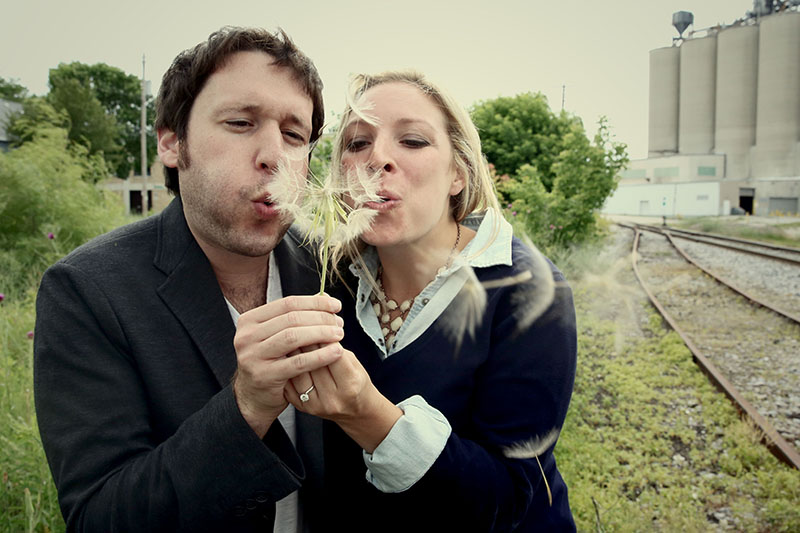 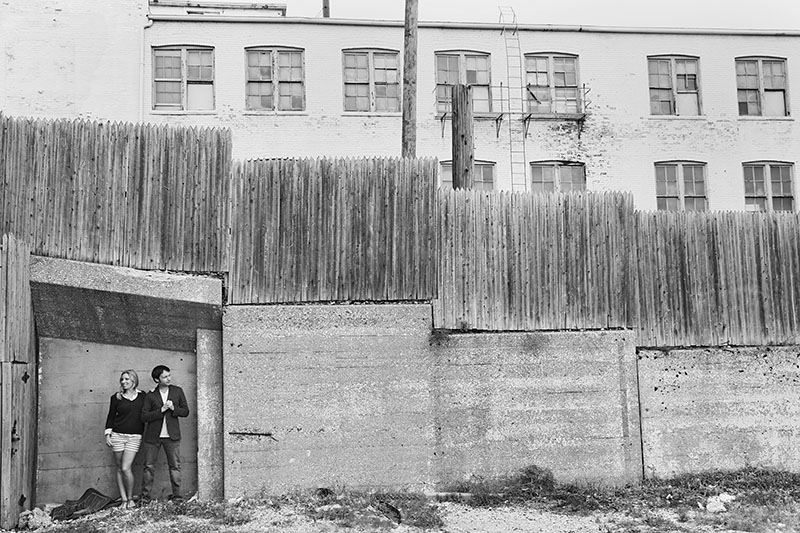 Megan and Eyton had some fun on the loading dock… 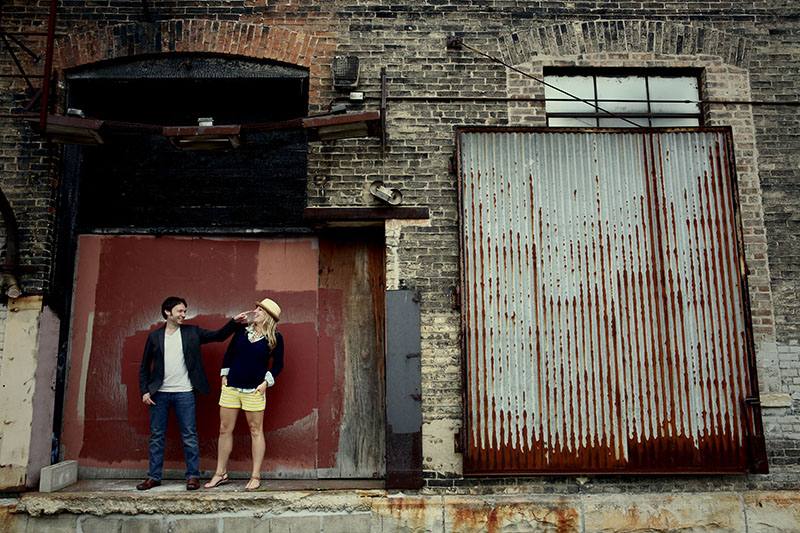 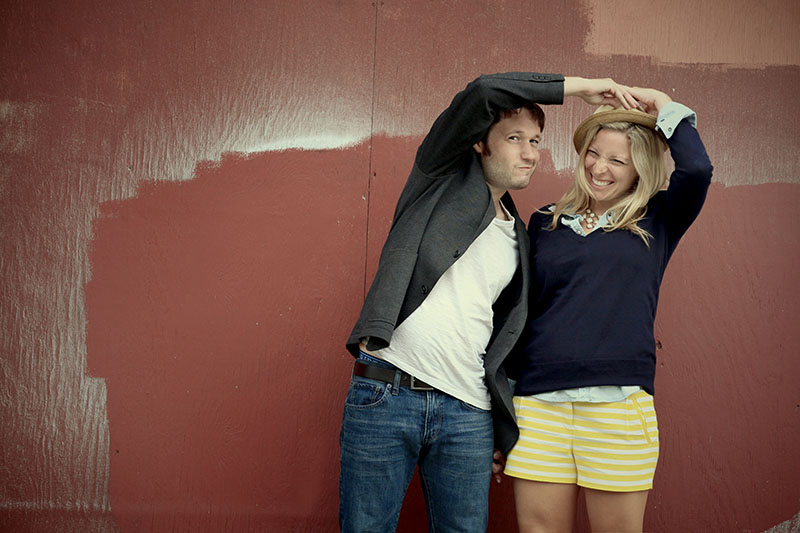 …and then a glance at the time showed that it was beer-thirty. 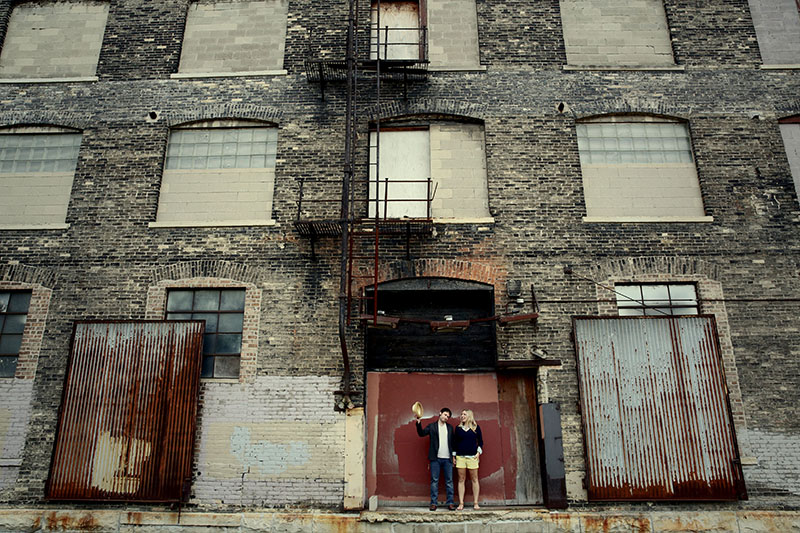 Luckily, the Iron Horse Hotel, one of the couple’s favorite watering holes, was close by, so we dropped in for a pint. 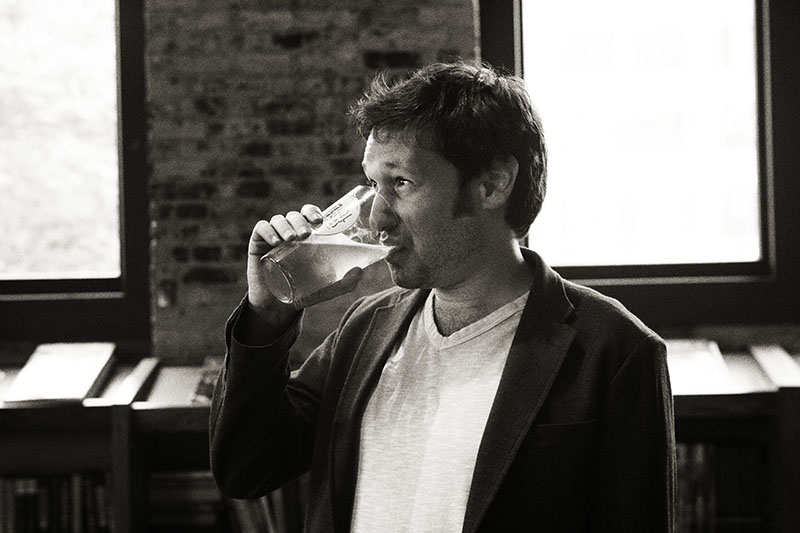 Nothing like kicking back and relaxing with a cold one after a long photo shoot. 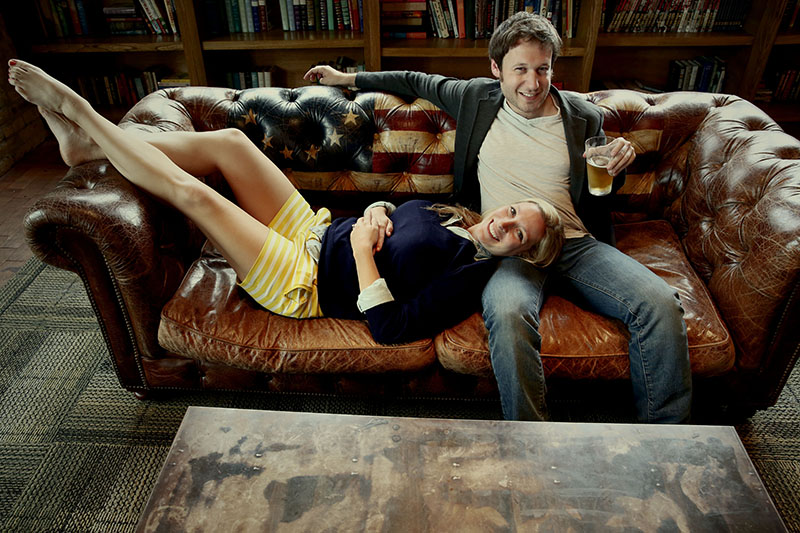 You’re great ambassadors for your city, Megan and Eyton! Thanks for the tour of Milwaukee, and congratulations on your engagement!