The afternoon before their big wedding celebration, George and Vicki held a small, traditional Greek Orthodox ceremony at Annunciation Cathedral for their family and close friends. 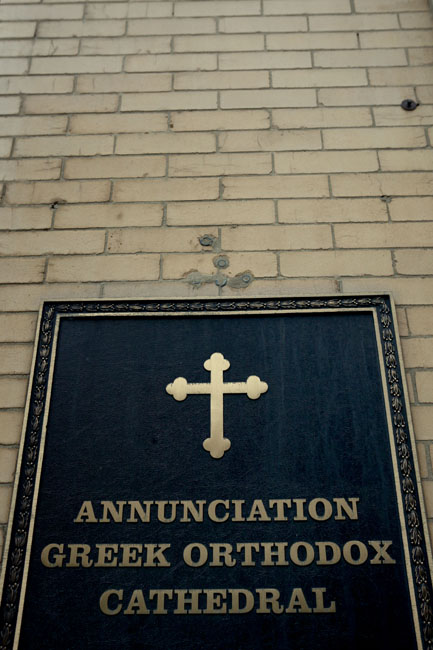 The family showed up in style, too! 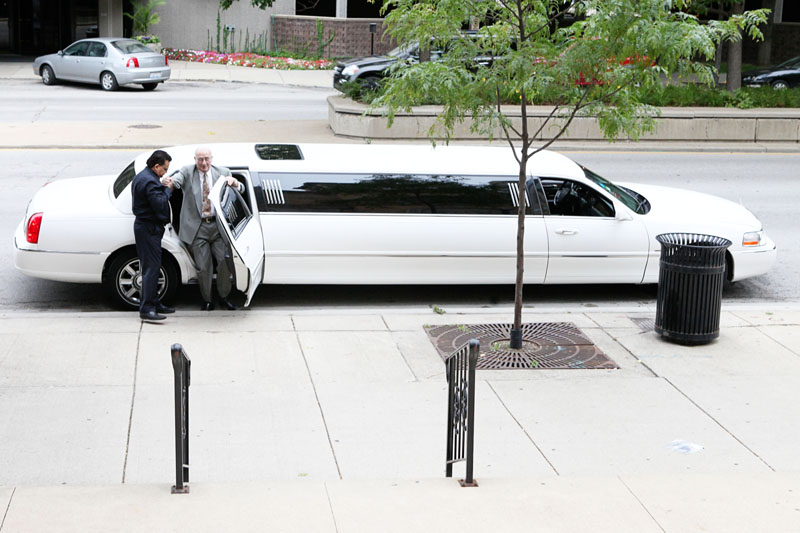 Vicki’s dad escorted her to the altar where George was waiting. 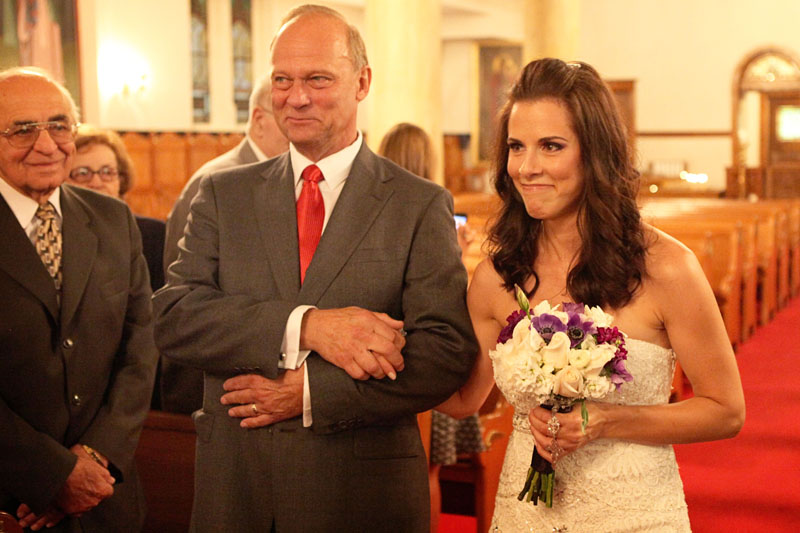 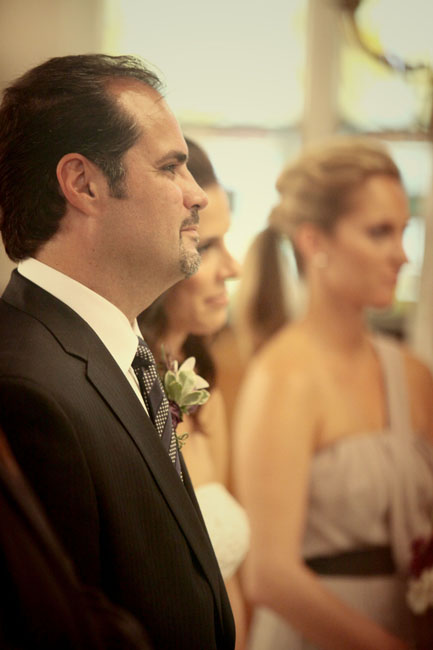 George’s mom watched with a smile as the ceremony began. 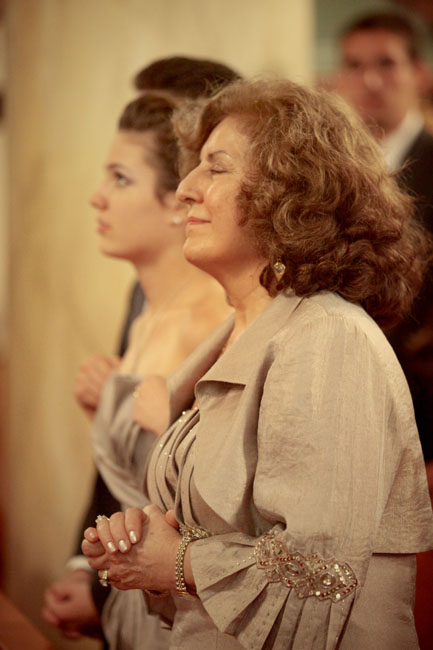 George’s best man was right by his side. 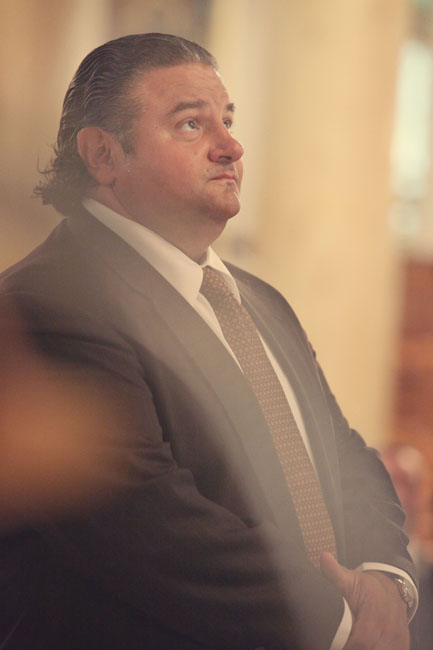 And Vicki’s sister served as the maid of honor. 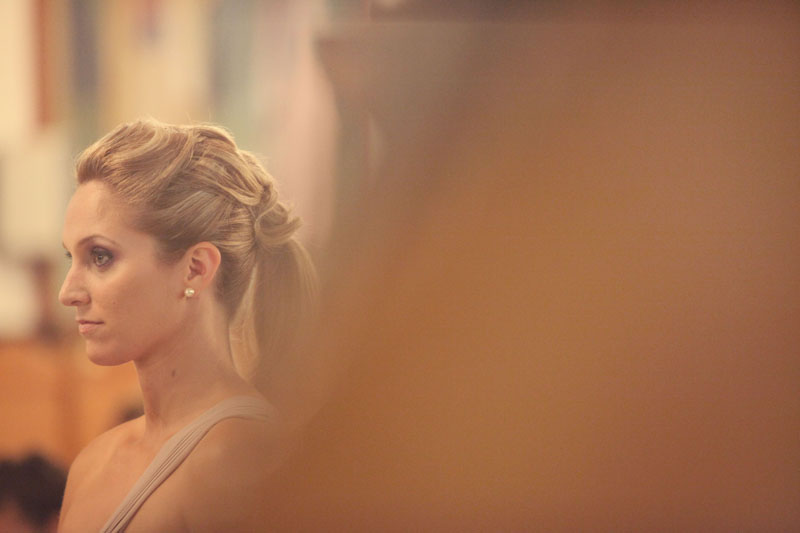 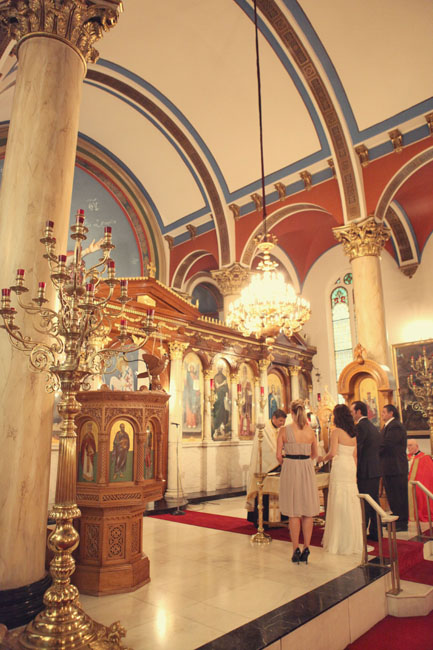 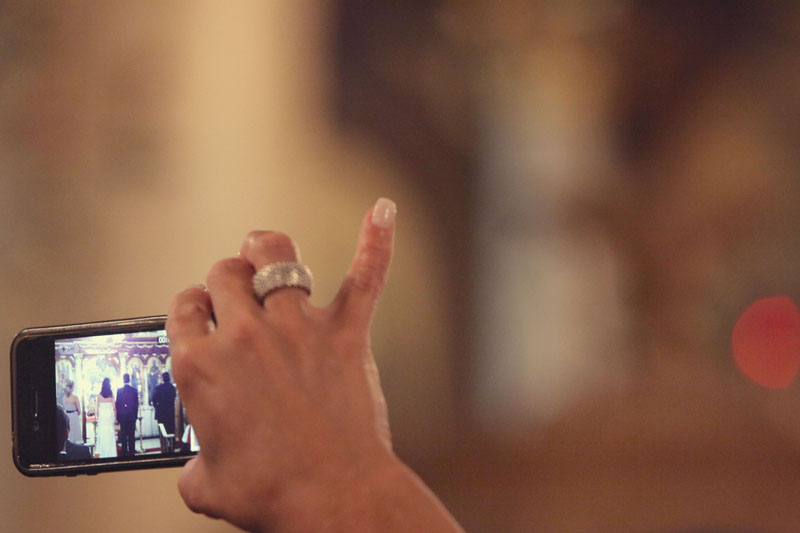 The couple participated in Crowning, a tradition in which thin crowns called “stefana” are joined with a white ribbon and placed on the heads of the couple. 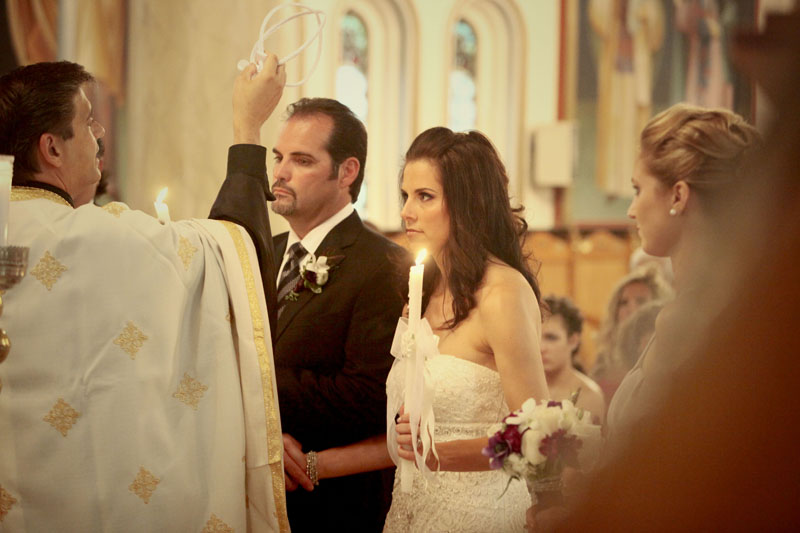 Then the priest blesses the stefana. 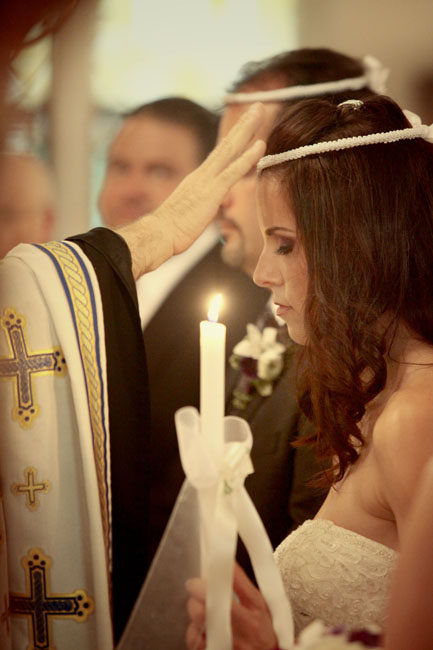 With the blessing complete, the priest leads the couple in the ceremonial walk. They circle the alter three times, followed by the Koumbaro, a member of the church who is in good standing. For George and Vicki, their Koumbaro was also their best man. 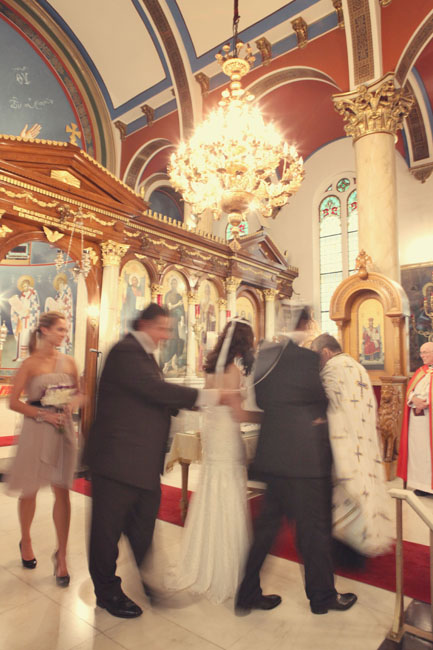 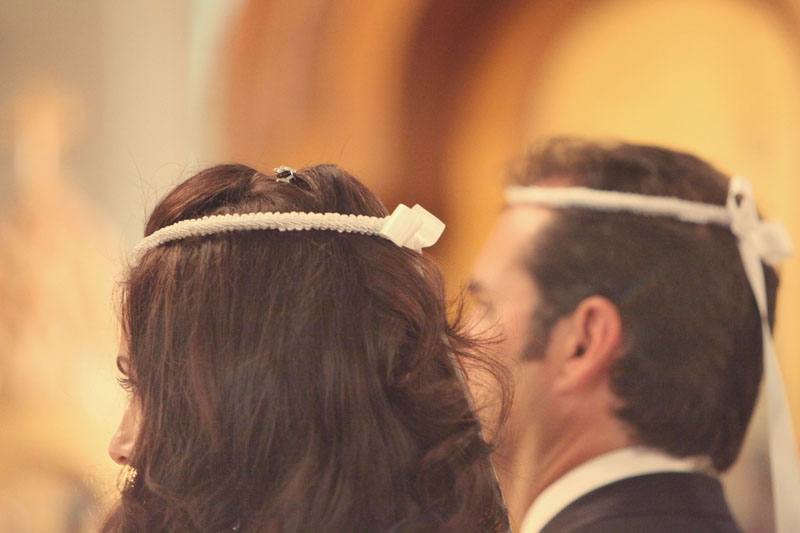 Another tradition is drinking from the common cup. After a Gospel reading of the marriage of Cana at Galilee, at which Jesus performed his first miracle- turning water into wine- the couple takes three sips of wine.

He really wanted George to drink up! 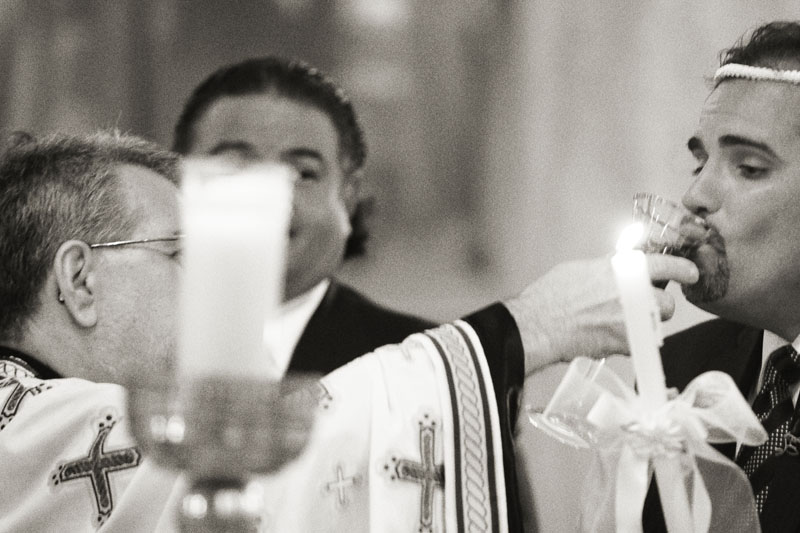 There were many aspects of the ceremony that were done three times- this represents the Father, Son and Holy Spirit. 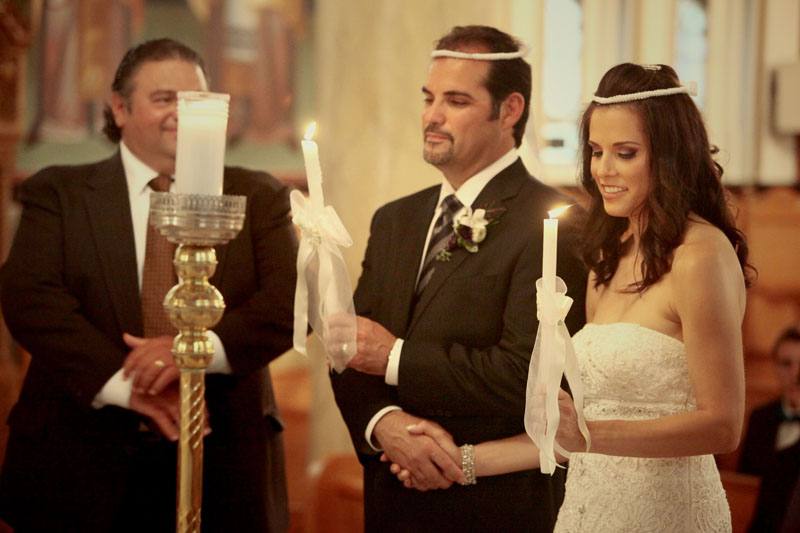 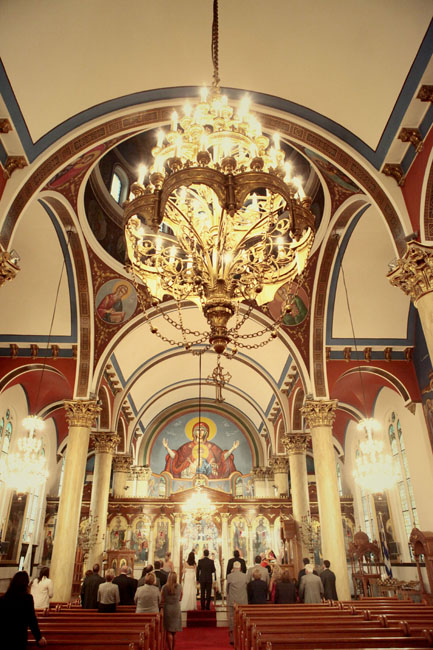 Vicki’s bouquet also featured a rosary given to her by her Mother. The bouquet was also composed of some of her favorite flowers- anemones. 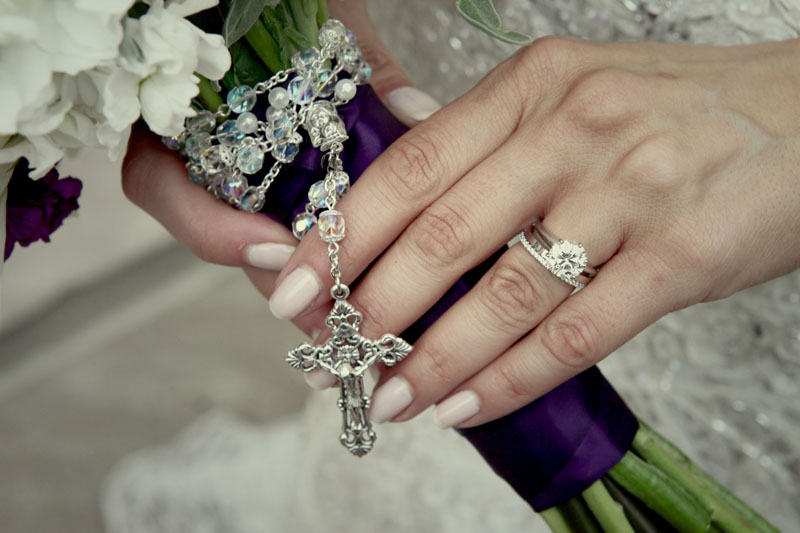 It was an honor to be present for your Greek Orthodox Ceremony, George and Vicki! 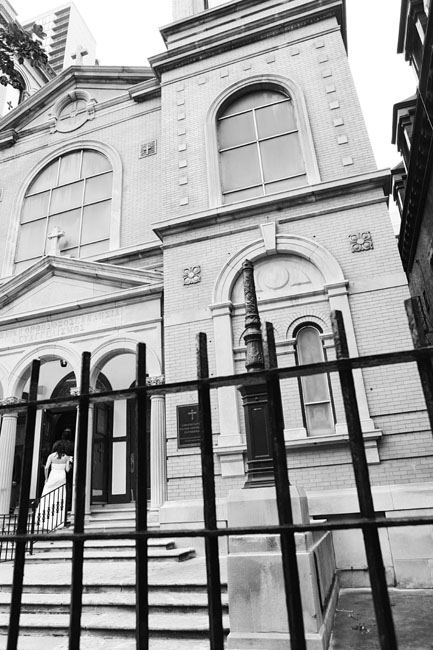 Check back soon to see pictures of George and Vicki’s big wedding bash at The Ivy Room.