Allison and Jon were jumping with joy to be at the Museum of Natural History for their engagement session. 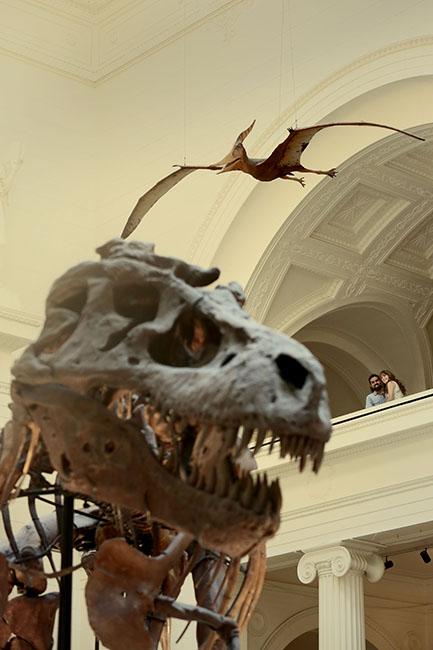 …and there were plenty hanging out at the museum. 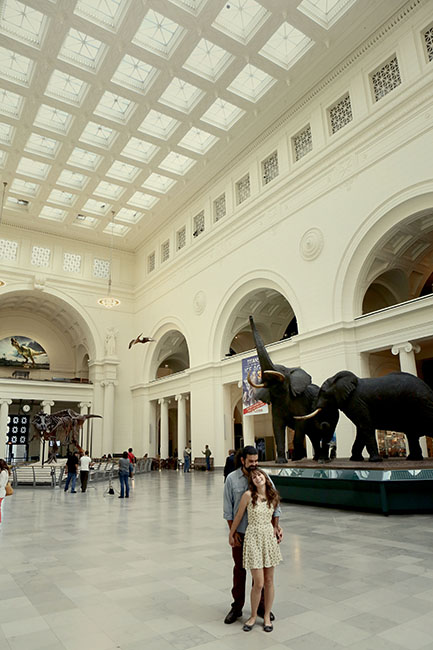 Watch out! Sue the T-Rex is sneaking up on you! 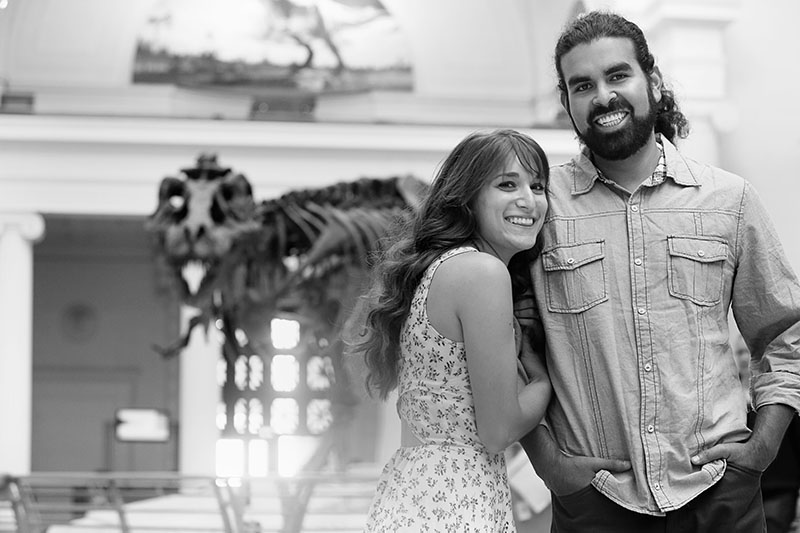 We left the dinos behind for a minute… 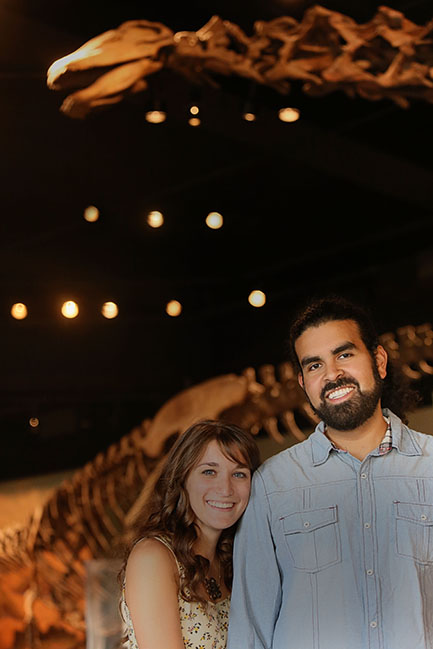 …and checked out some of the other exhibits. 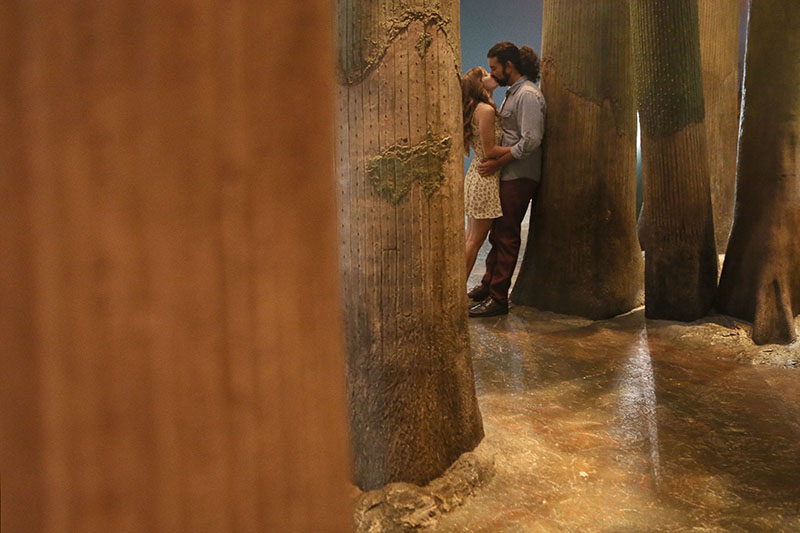 Allison and Jon had an audience while posing for this photo. 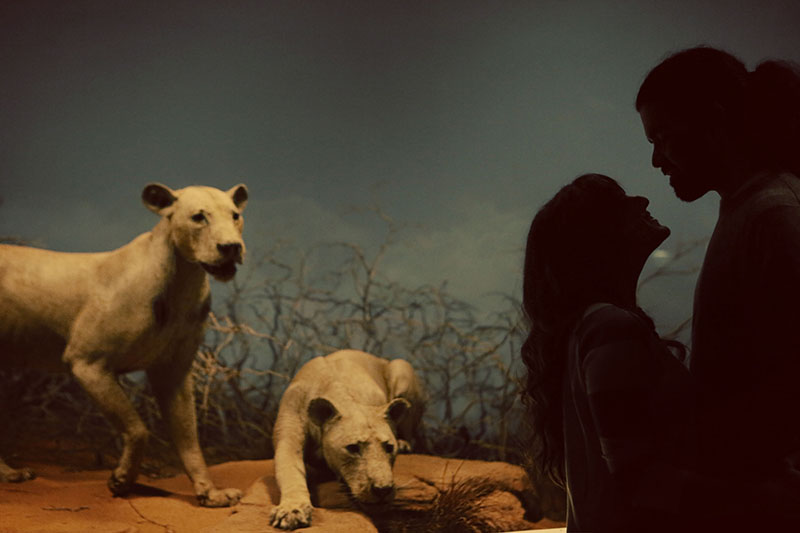 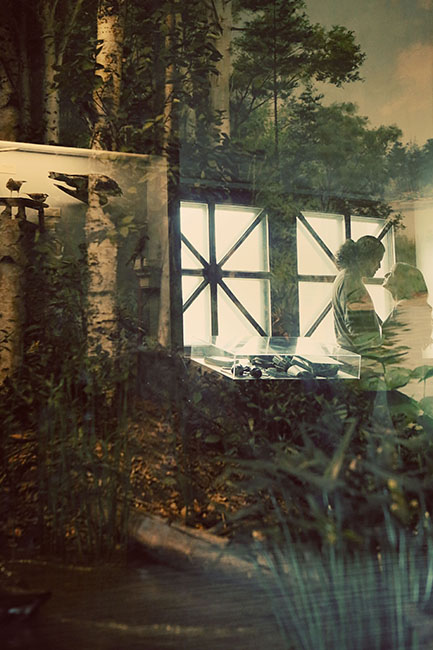 After plenty of pictures inside, we moved to the exterior of the museum. 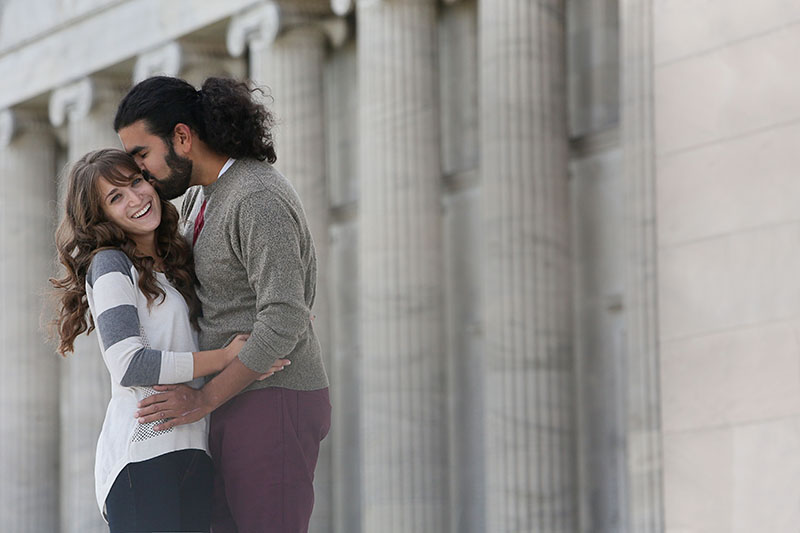 There were dinosaurs there, too! 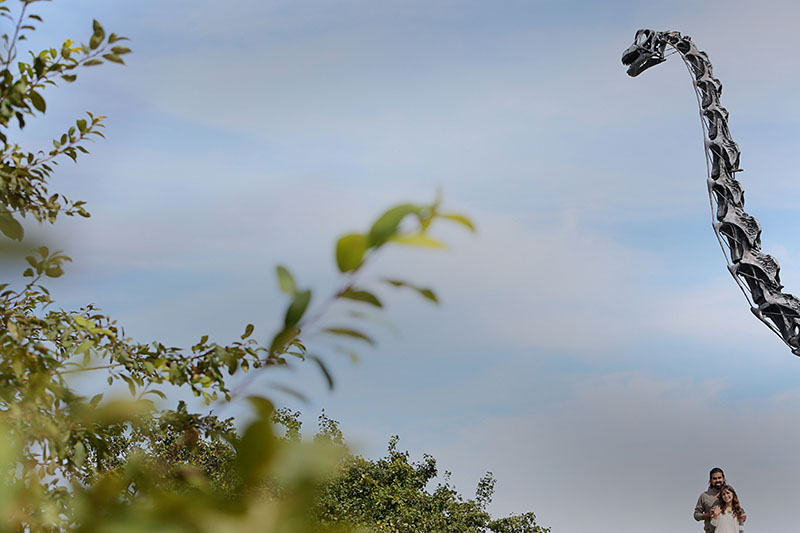 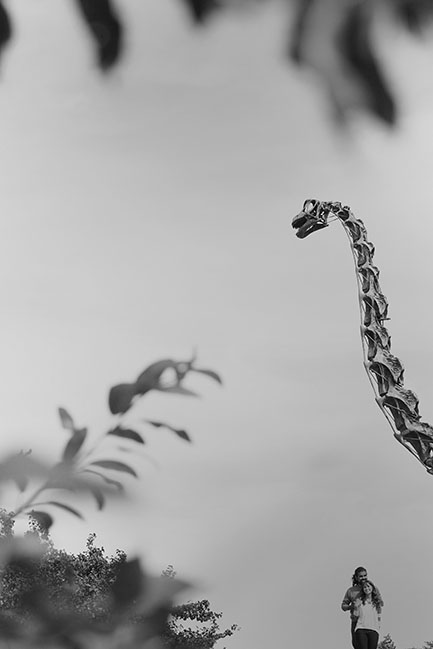 We left the museum adventure behind as we traveled to North Ave. beach for a skyline shot. 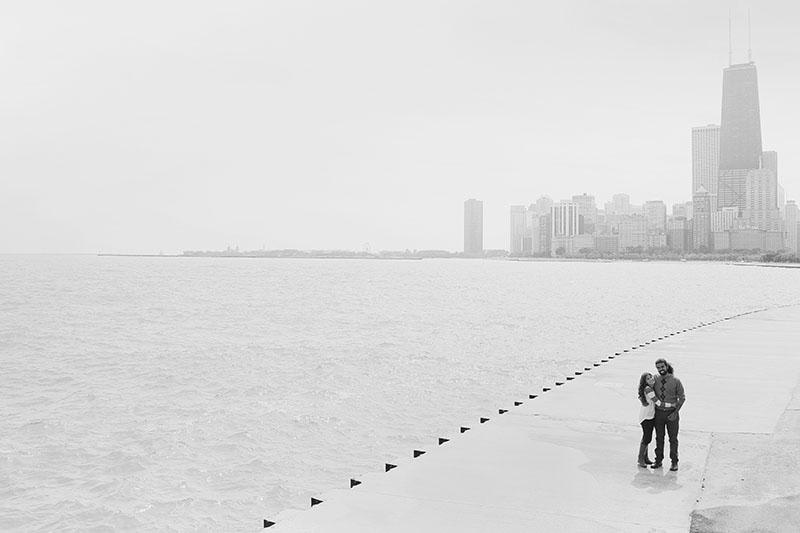 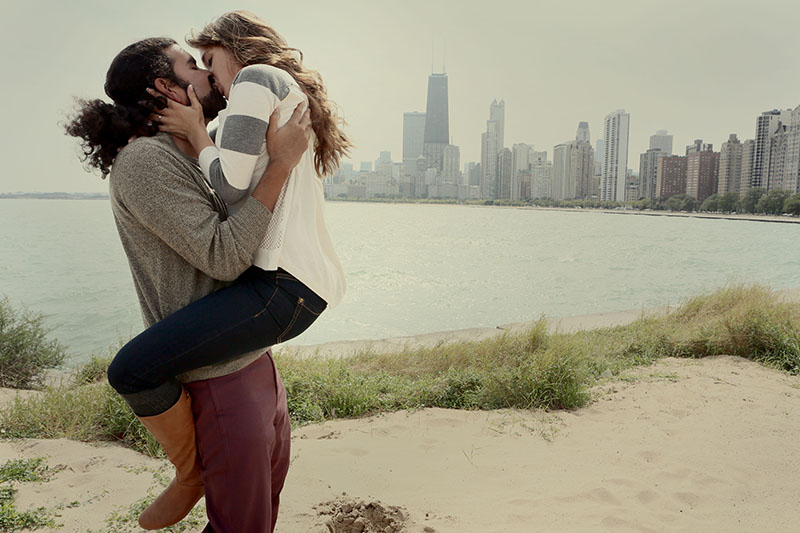 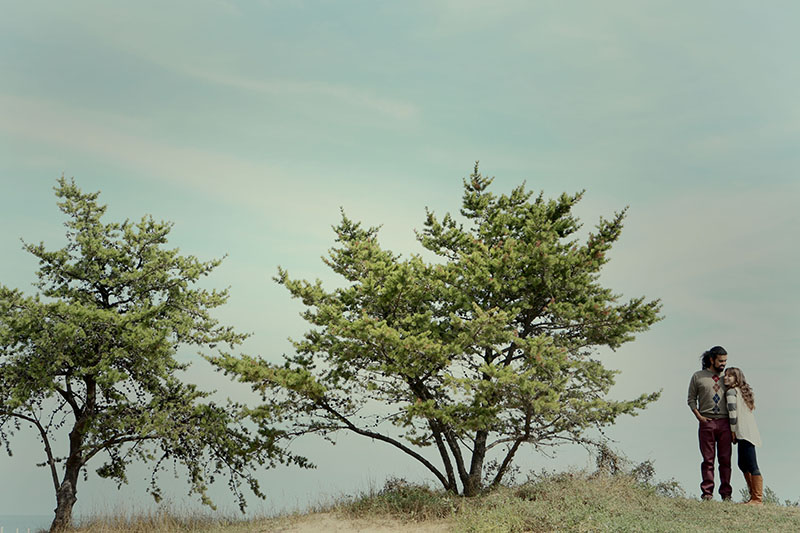 And just across the street was the Lincoln Park lily pond, one of my favorite stops for engagement pictures. 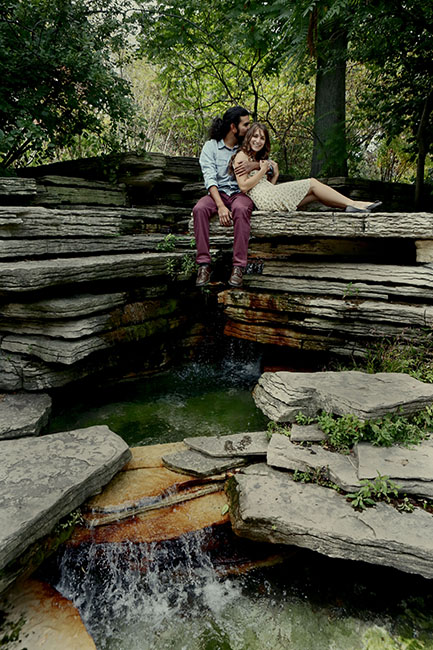 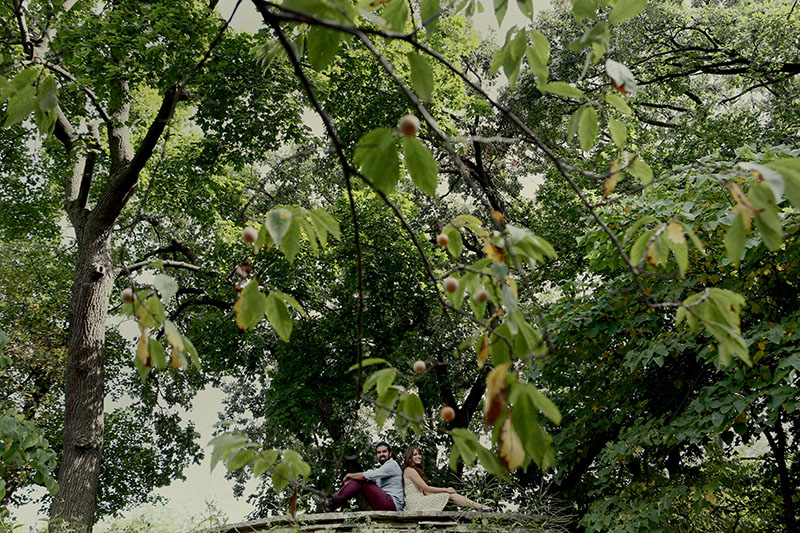 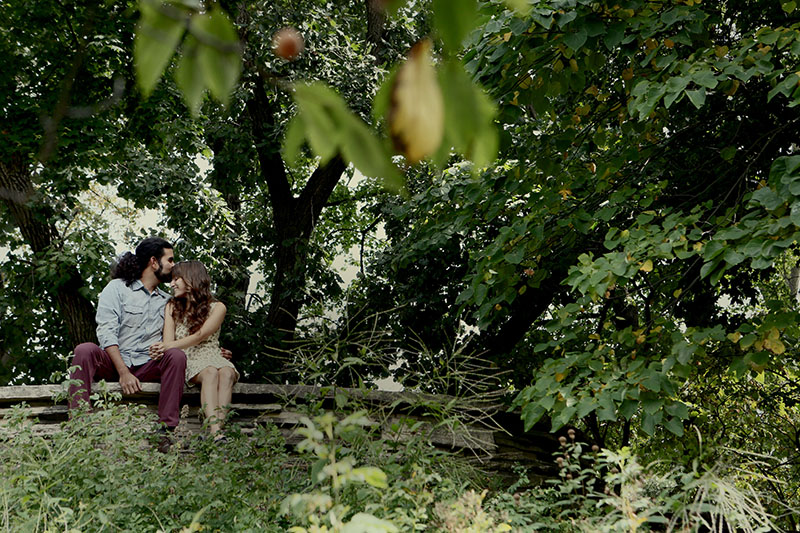 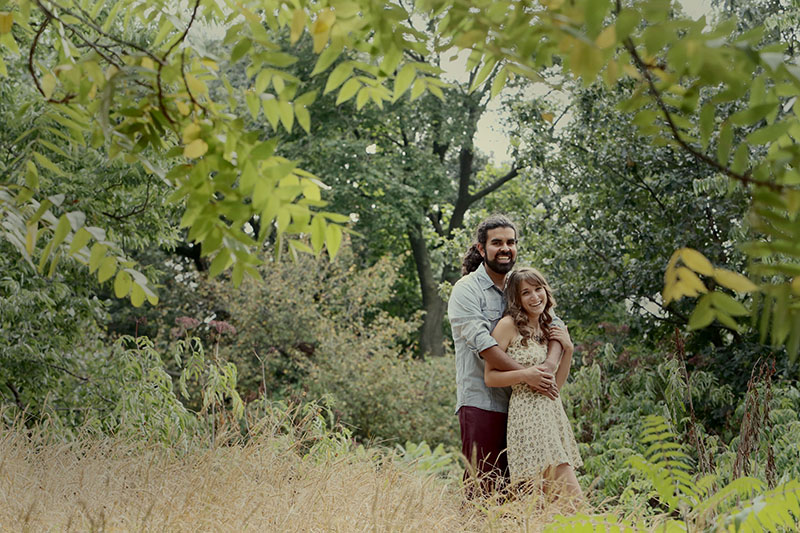 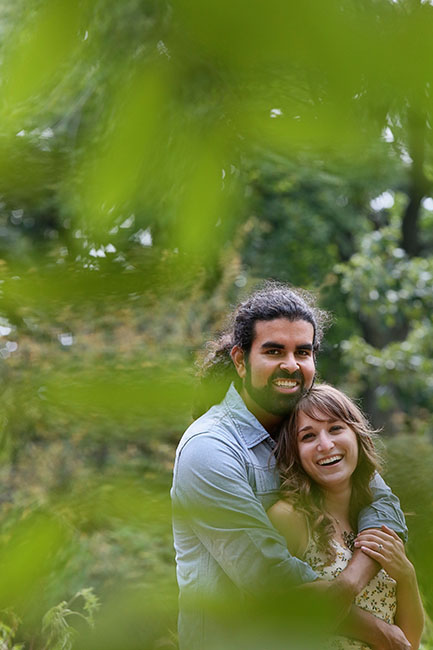 After a series of awesome portraits in the foliage of the lily pond, Allison and Jon changed clothes… 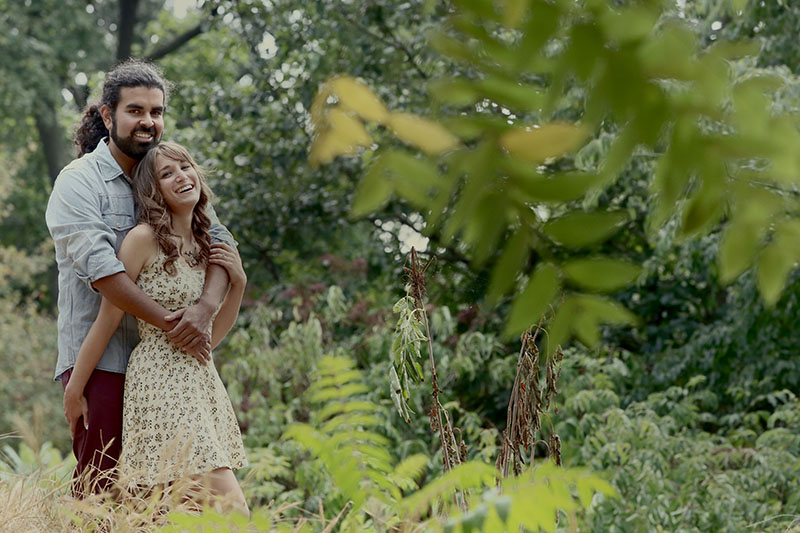 …and we visited the nearby zoo! Allison was tempted to share her popcorn with the zebra. 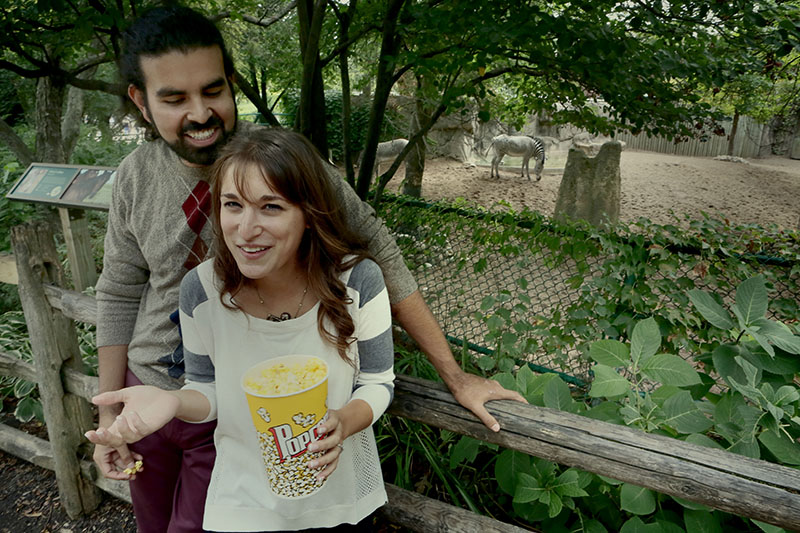 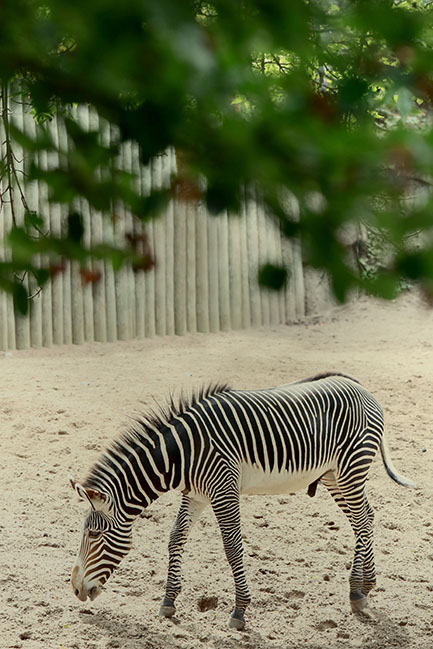 She popped a kernel in to her own mouth instead, but it looks like a pair of birds was looking to steal it from her! 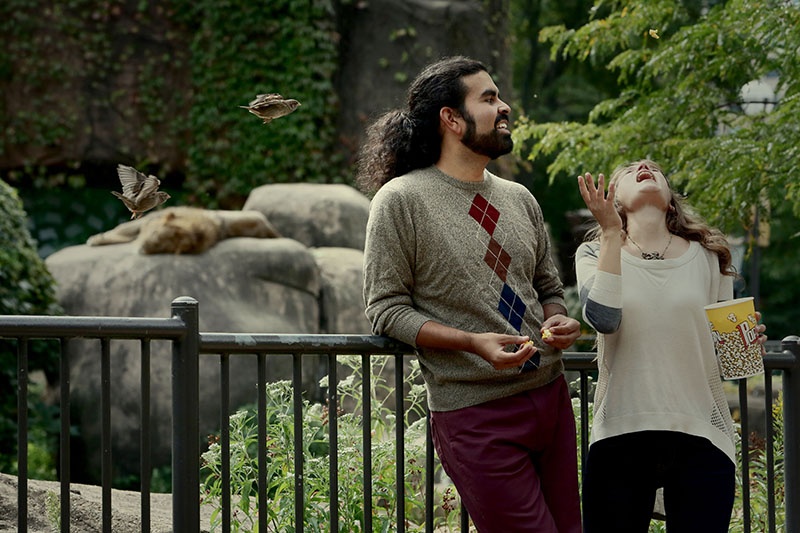 The birds were on the attack… 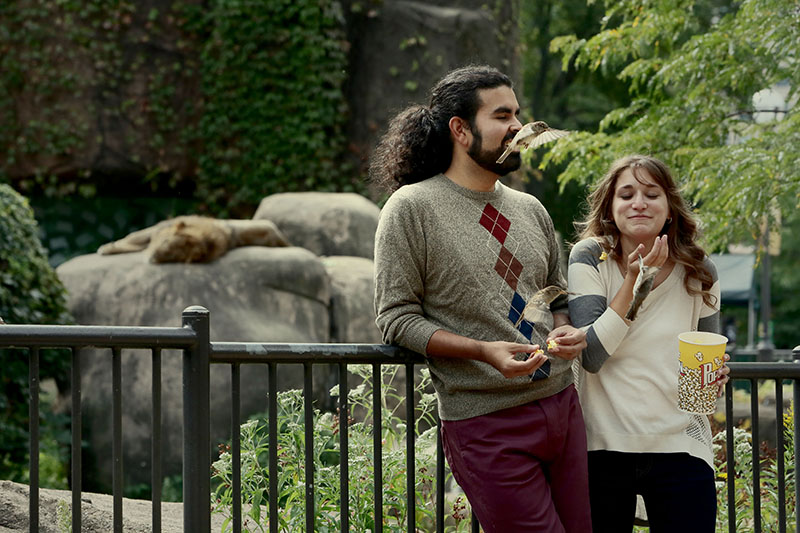 …so we sought out friendlier company. 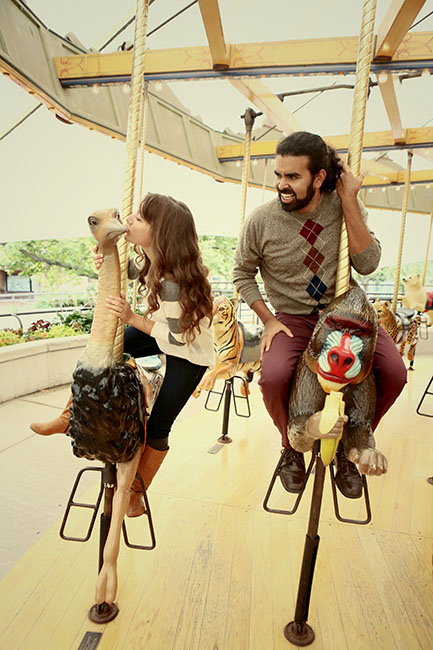 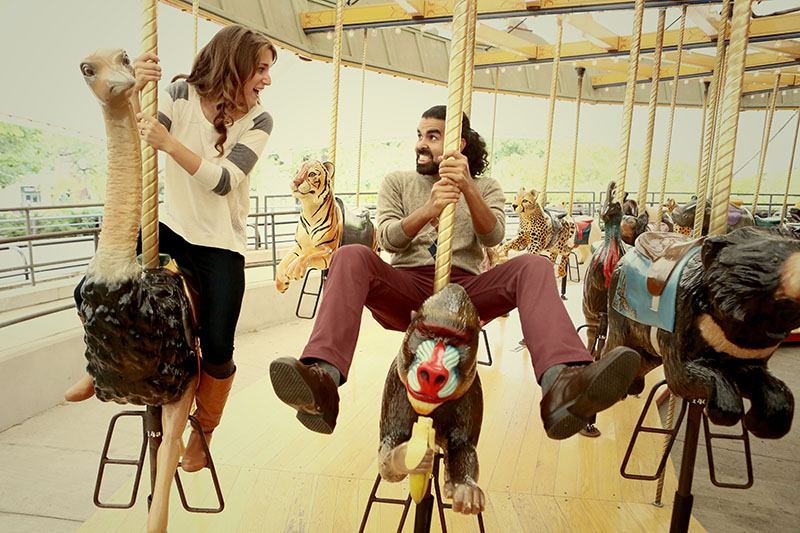 Our last stop was a visit to their puppy. Someone was ready for their close-up! 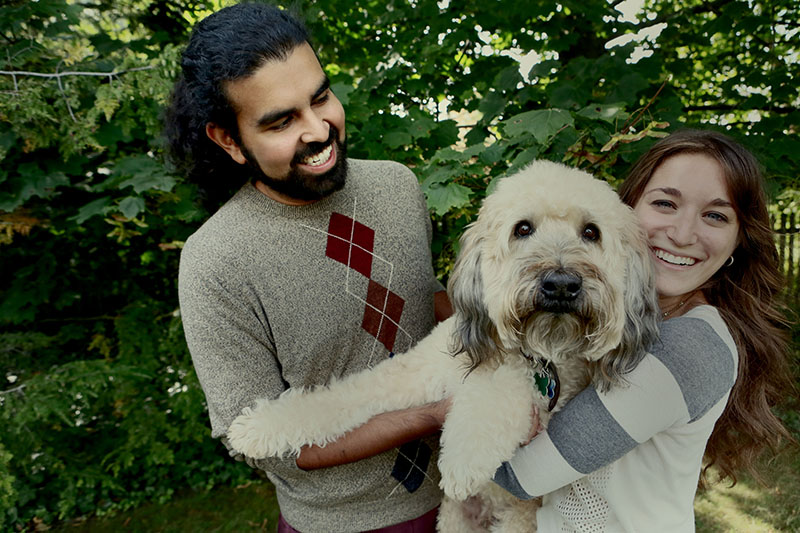 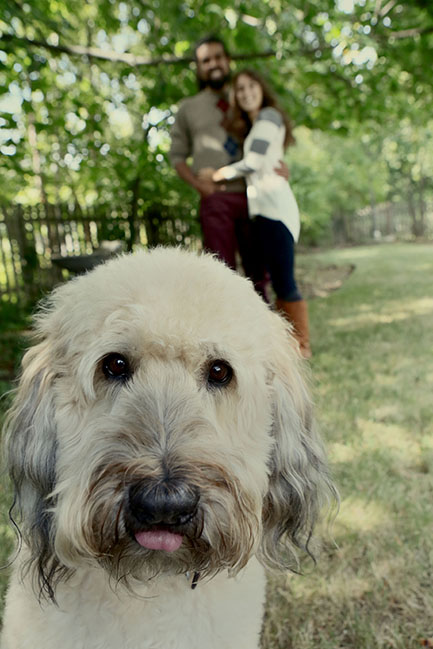 Awww… the pup even waved good-bye when the shoot was over! 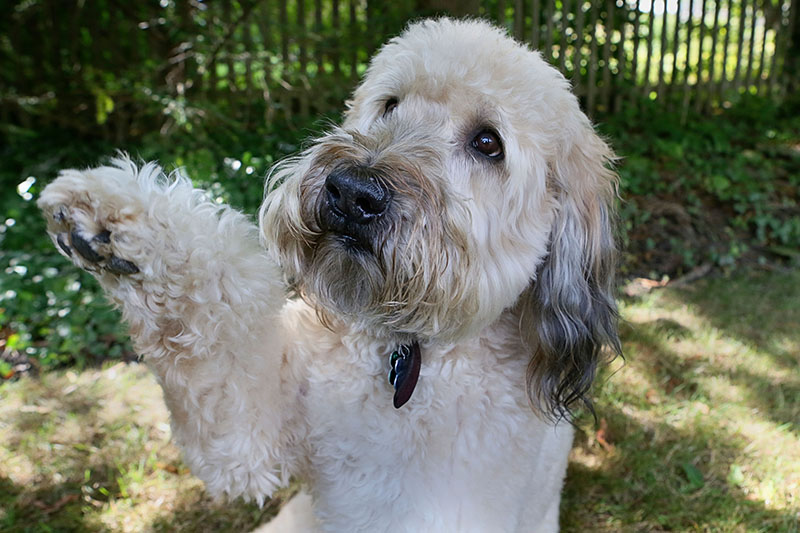 It was great hanging out with you, Allison and Jon! I’m looking forward to seeing you again at your wedding next summer!