I met up with Heather and Todd recently to photograph their engagement session and I was thrilled when I saw that they brought along their puppy for the day! 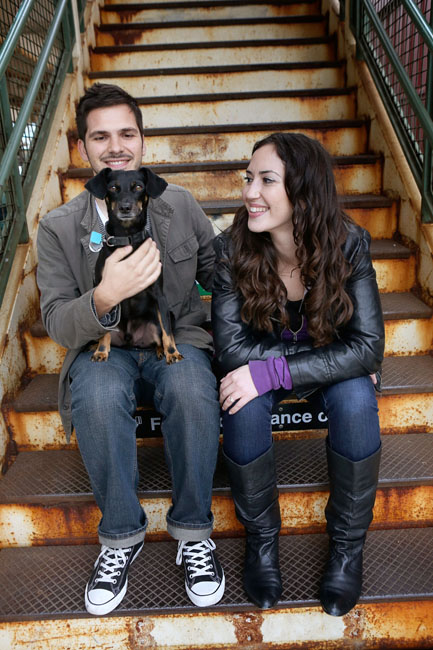 Heather and Todd will be marching down the aisle this coming February and we wanted to have a Chicago photo shoot before the snow hit the ground. 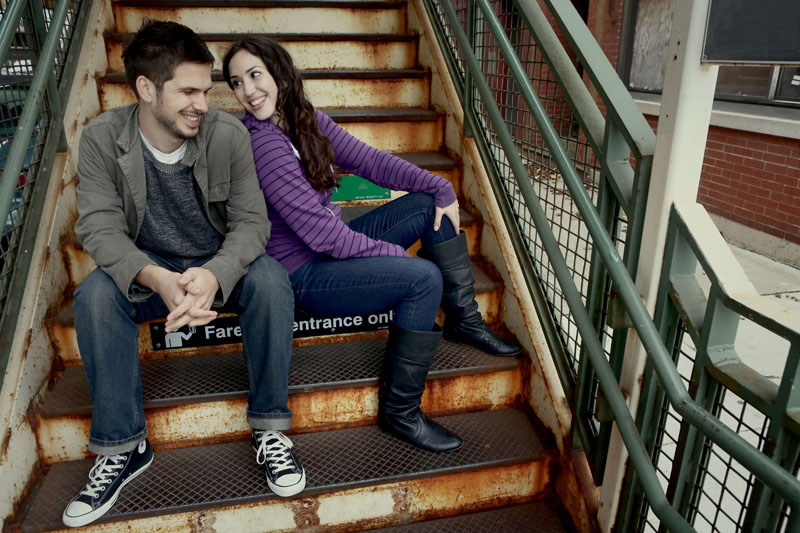 Their pup watched from the safety of the car as we began the shoot. 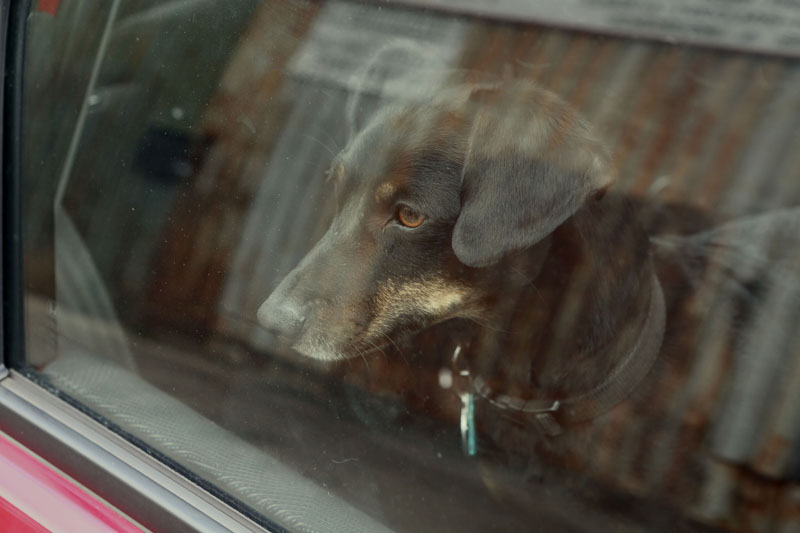 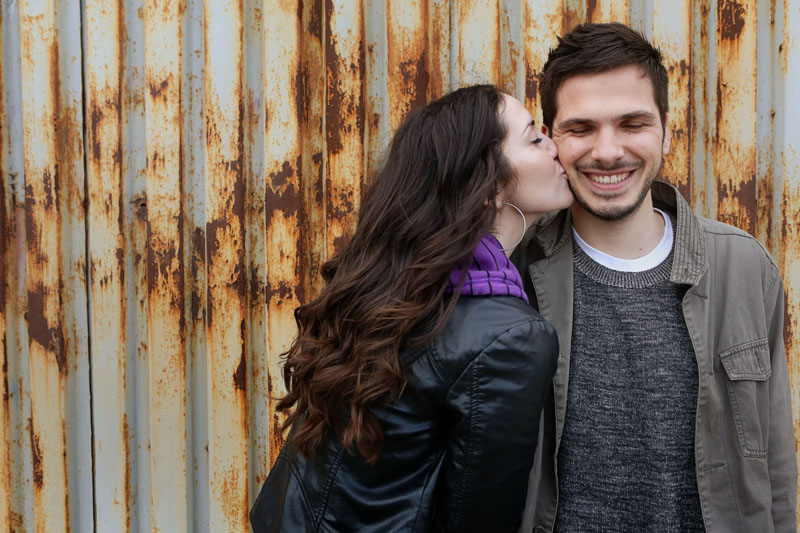 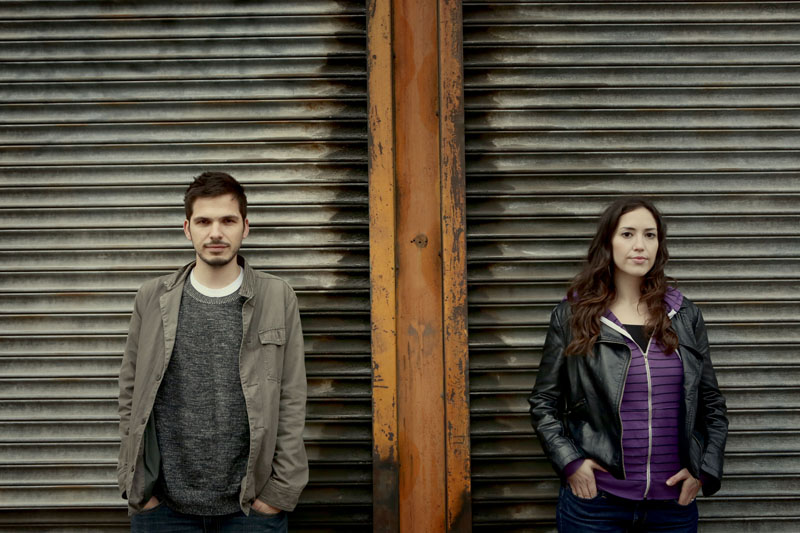 These two were so easy-going and fun to work with. I’m sure their wedding day is going to be a blast. 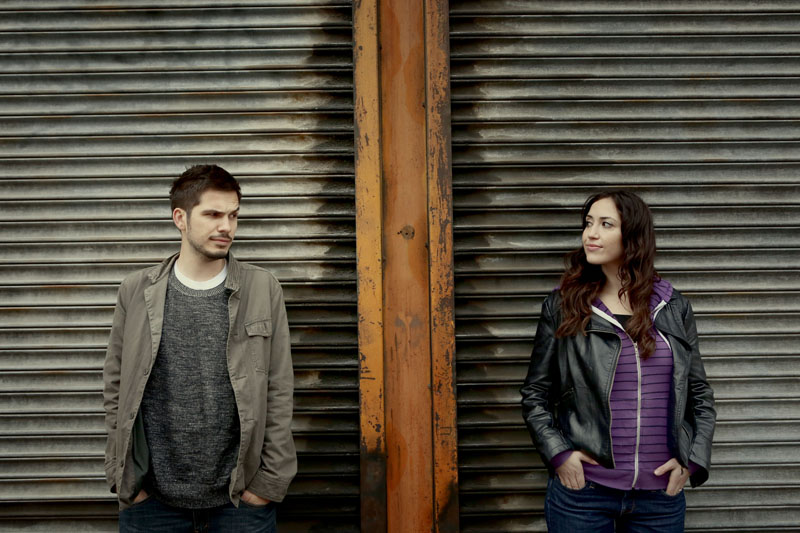 We wound up in the west side of the city, posing in front of the train tracks. 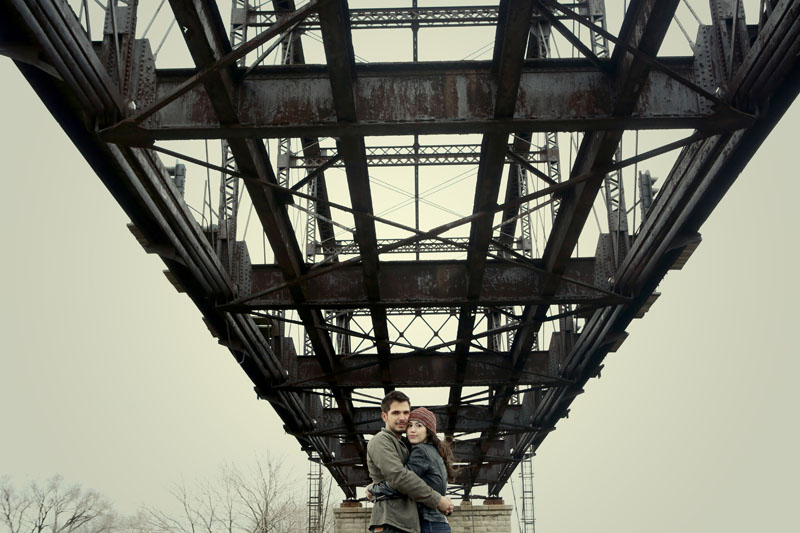 The whole family posed in front of the tracks for a picture. Their pup didn’t know what to think as the train whizzed by. 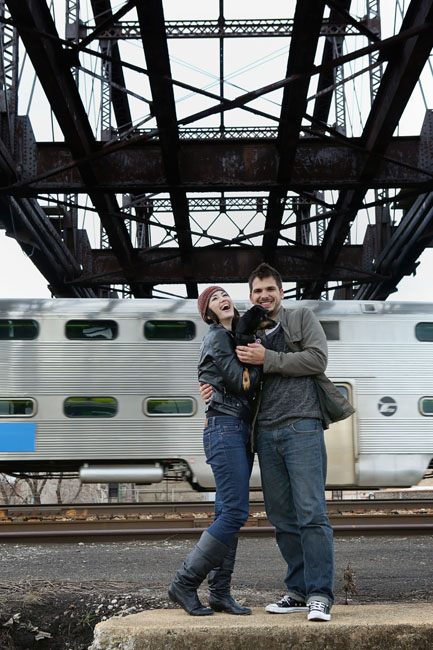 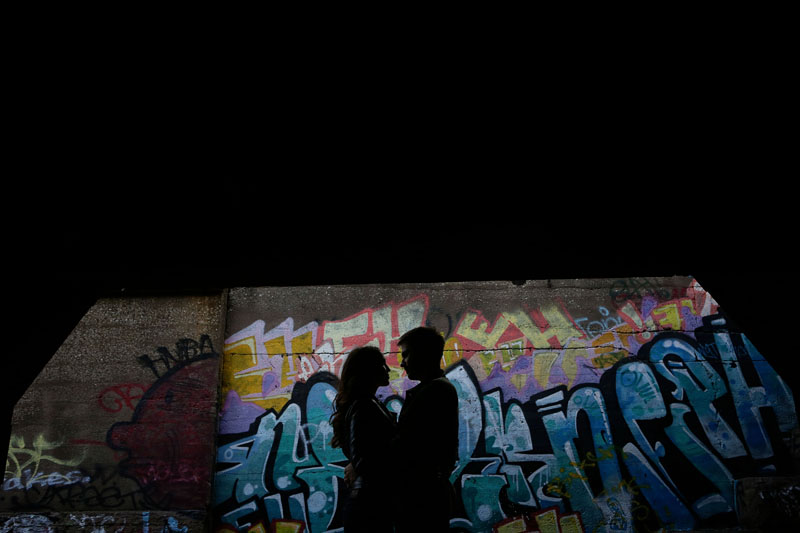 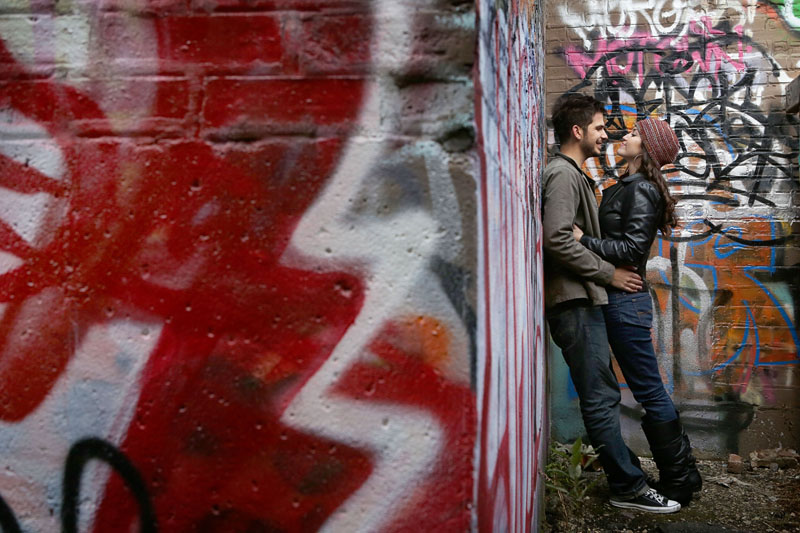 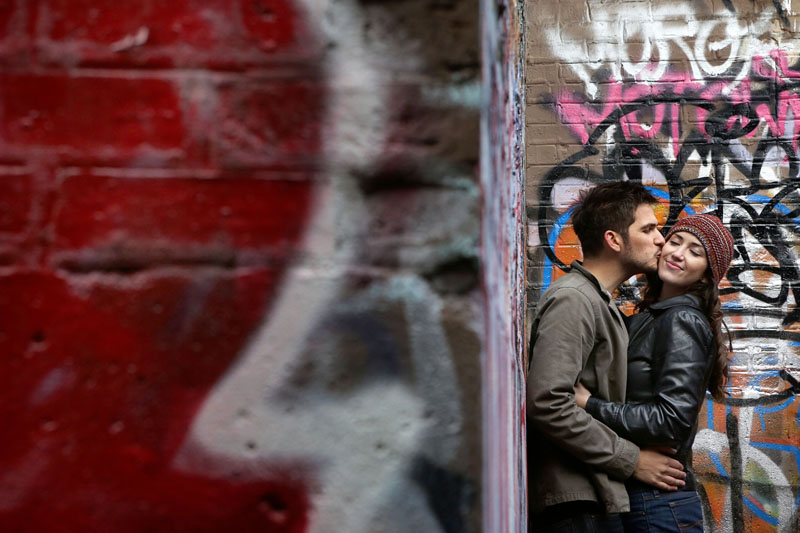 Heather and Todd had a chance to show off their defensive moves while posing in front of the luchadore. Nice crane kick, Todd, but I’d watch out for Heather’s right hook! 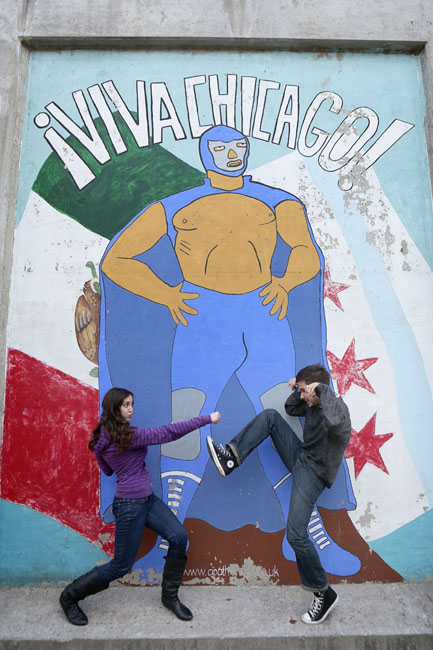 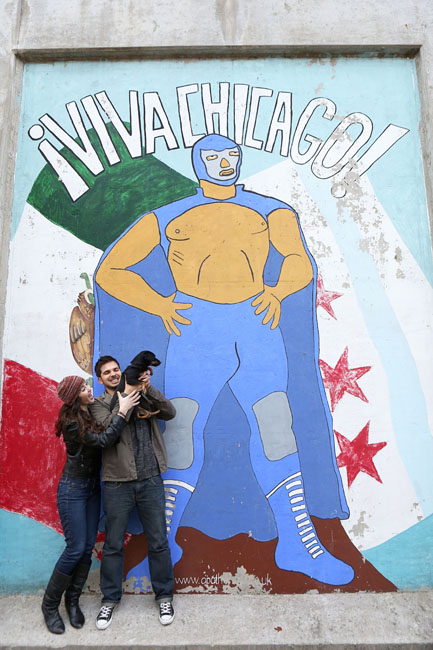 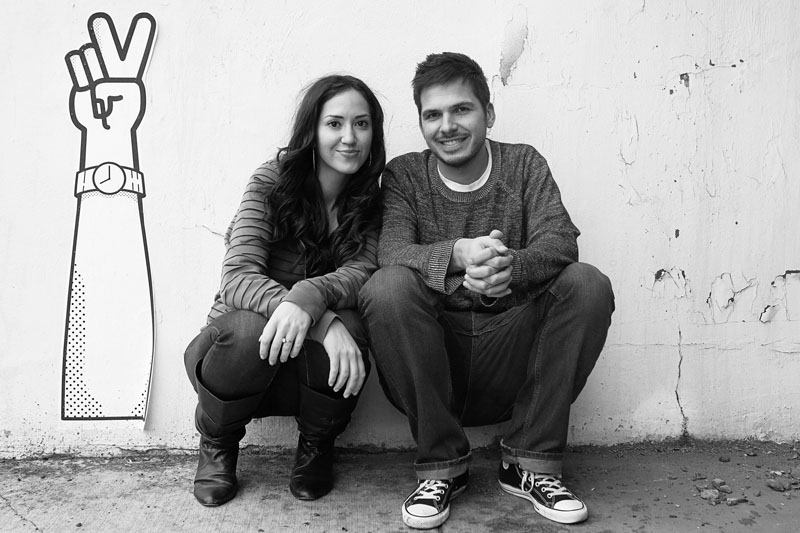 We dropped by another one of my favorite spots for some pictures with the birds. 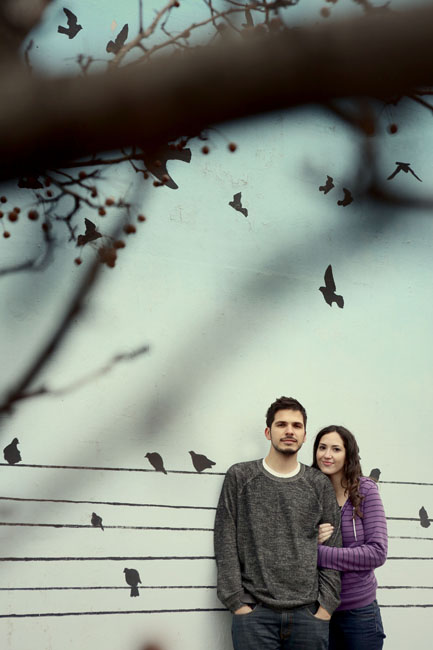 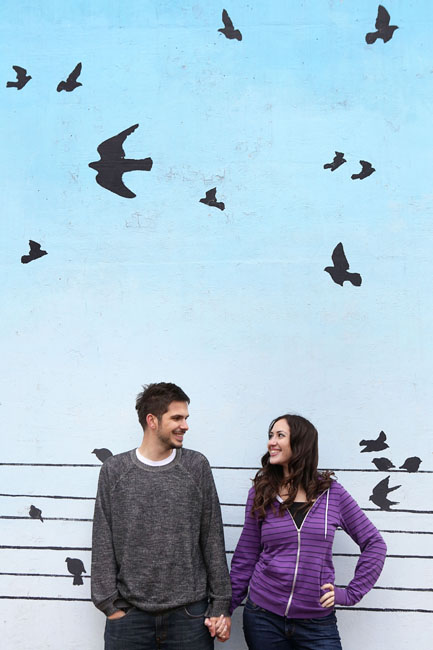 I didn’t let them stay in one place for too long, though! They were game for checking as many spots as we had time for. 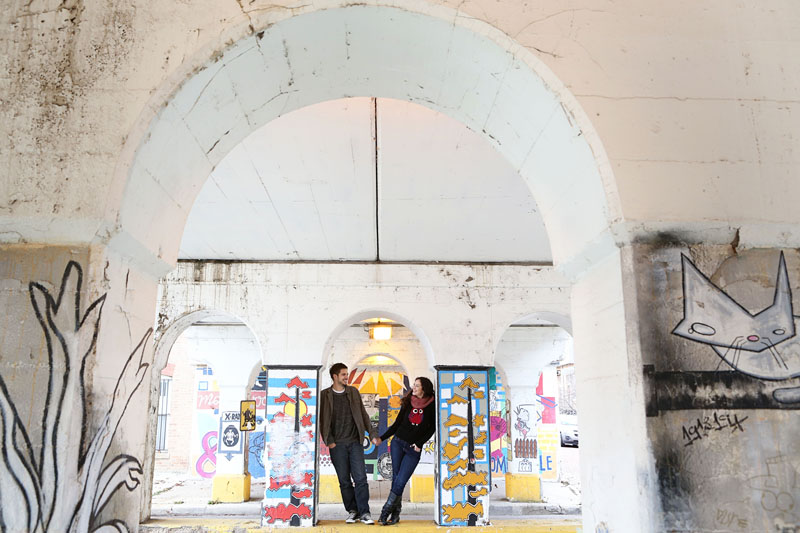 I bet their puppy would love to have some cheese. 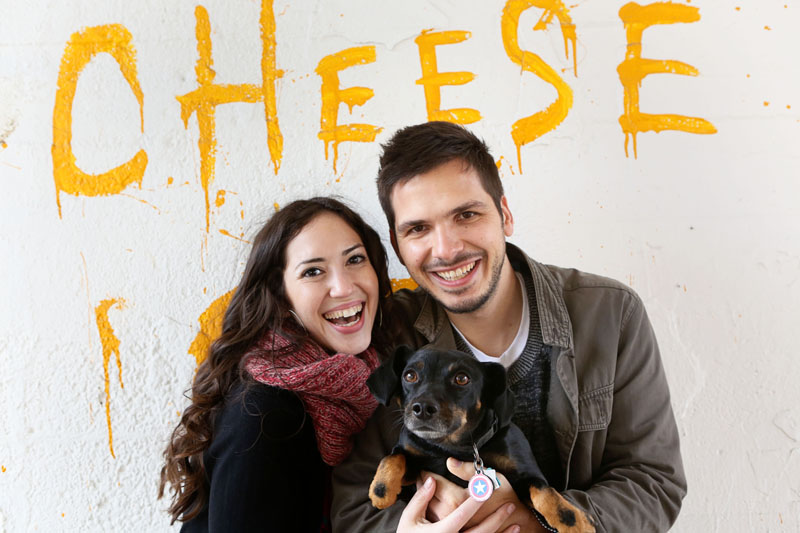 No cheese to be had at this spot, unfortunately. 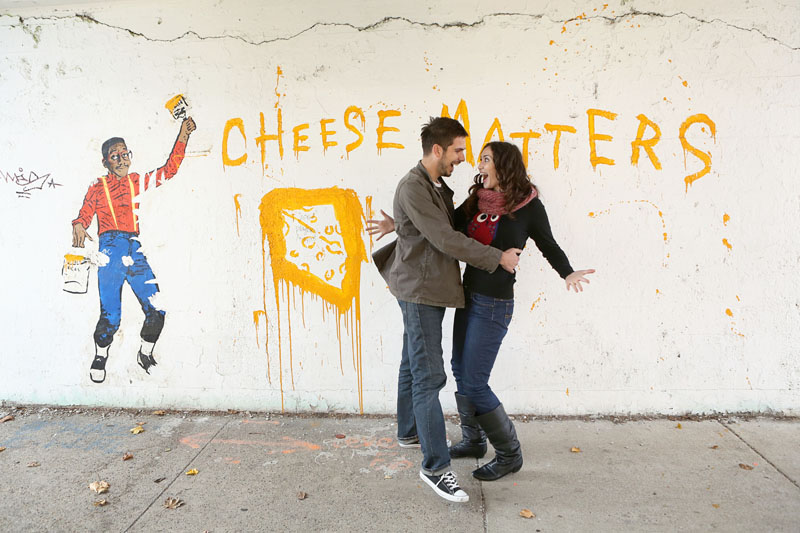 But Heather and Todd had a good time anyway. 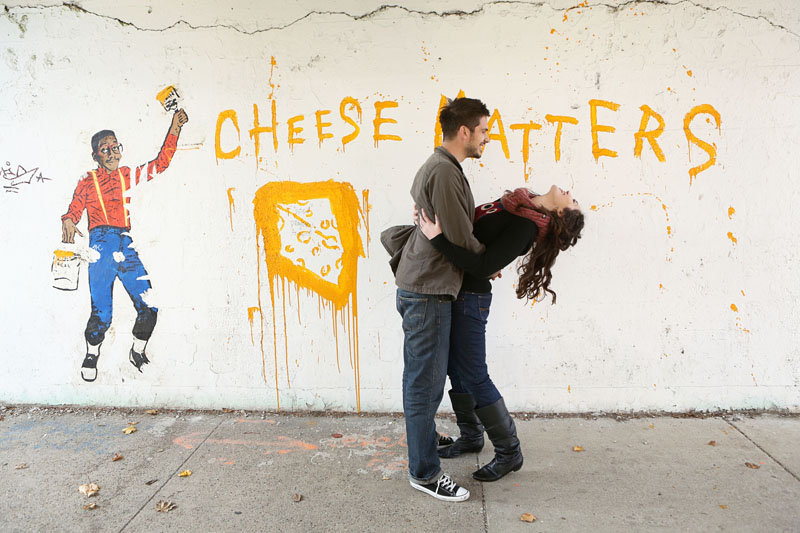 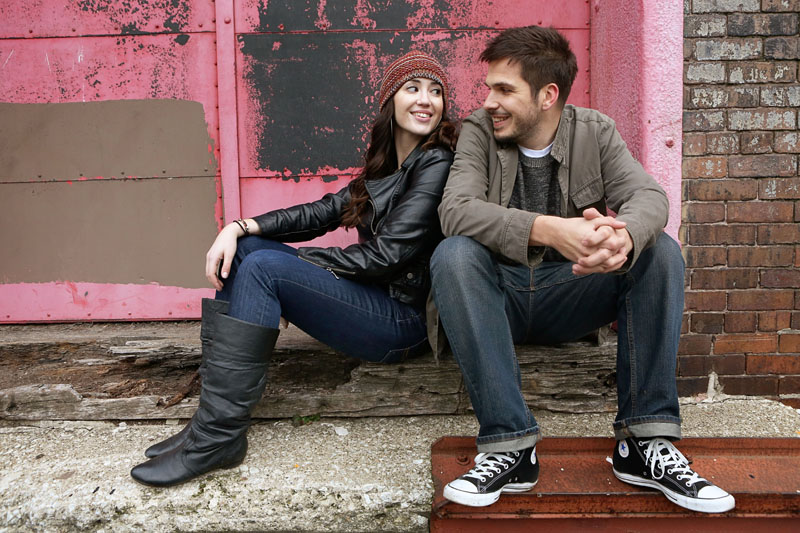 And of course, it’s not a Chicago engagement session without a picture with the city skyline in back. 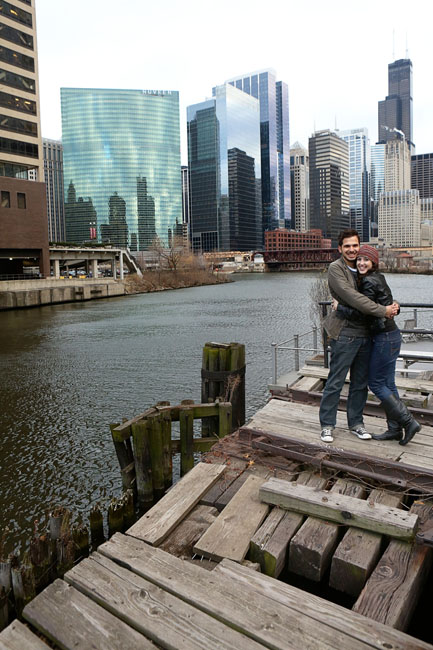 Our last stop was Montrose Harbor. When editing the shoot, I was thrilled to see that the bird positioned itself perfectly for this picture. 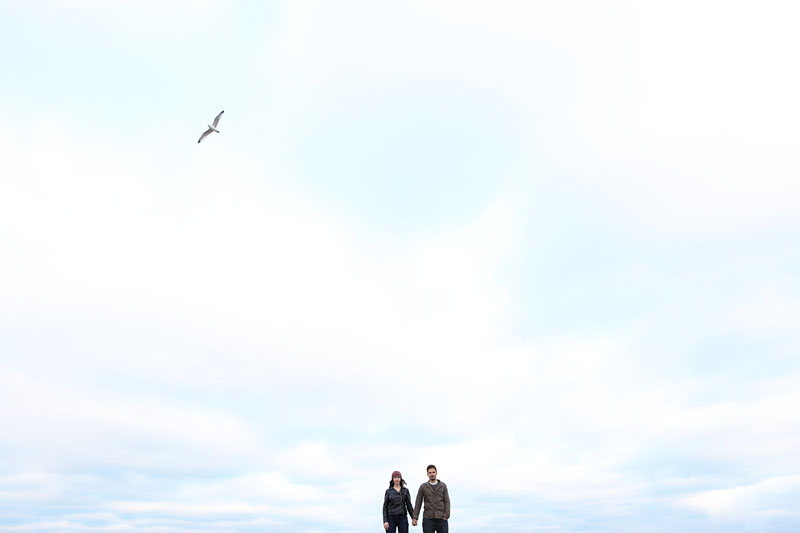 Congratulations on your engagement, Heather and Todd! I can’t wait to see you again for your wedding this February. Until then, take care! 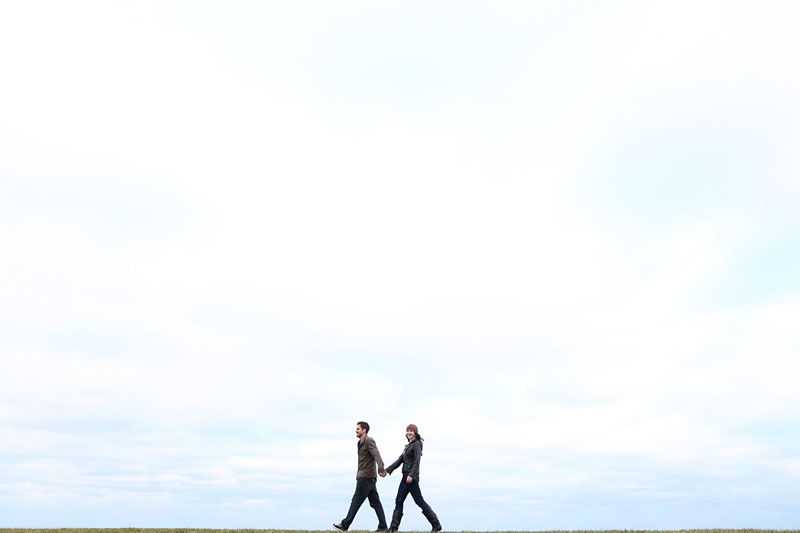