Can you handle all the beauty and glamour? Few can. Big Ang likes the wise guys, but I like Kristen and Rob. They had no idea who she was but they were willing to play along. This fun couple was up for anything during their engagement session. 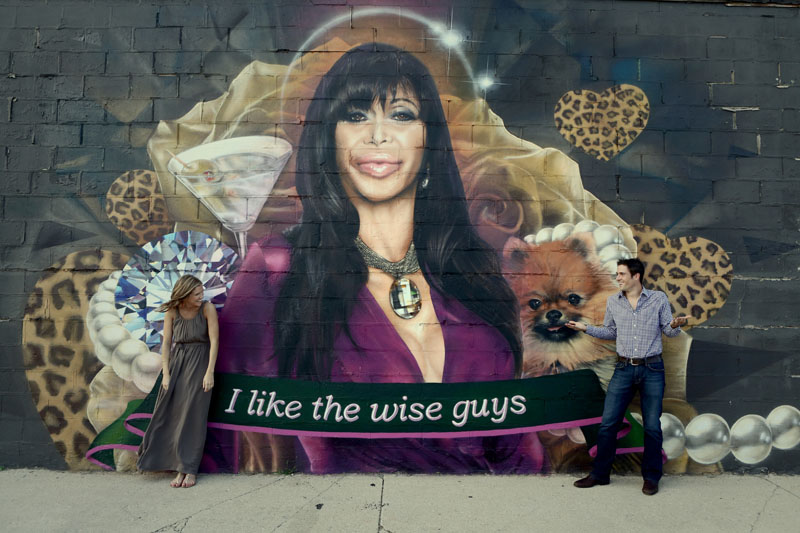 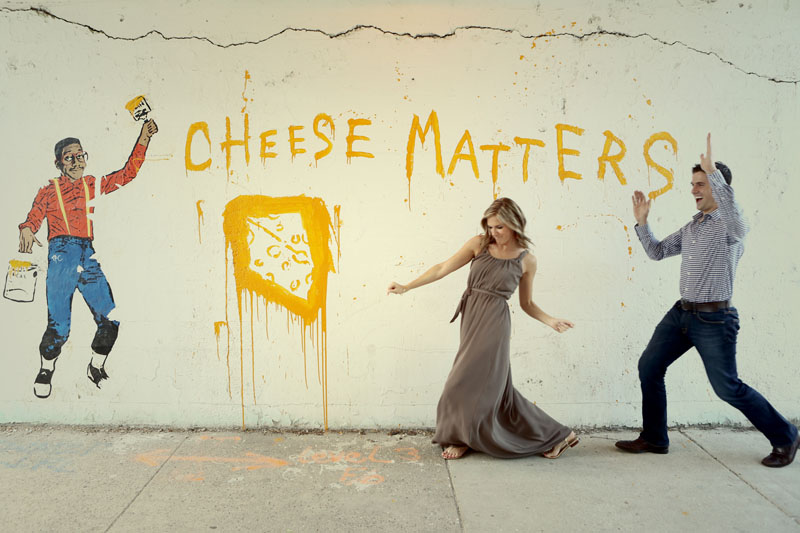 And they weren’t above getting silly for my camera. 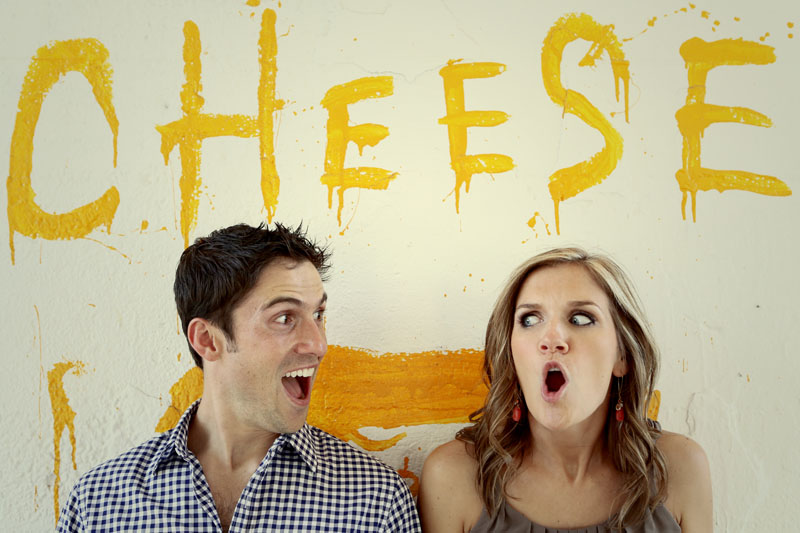 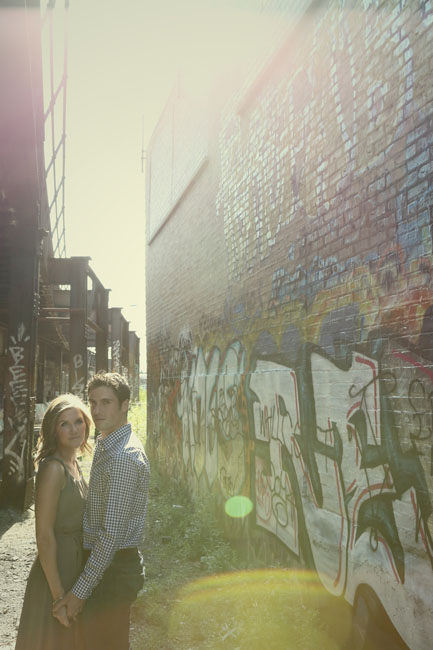 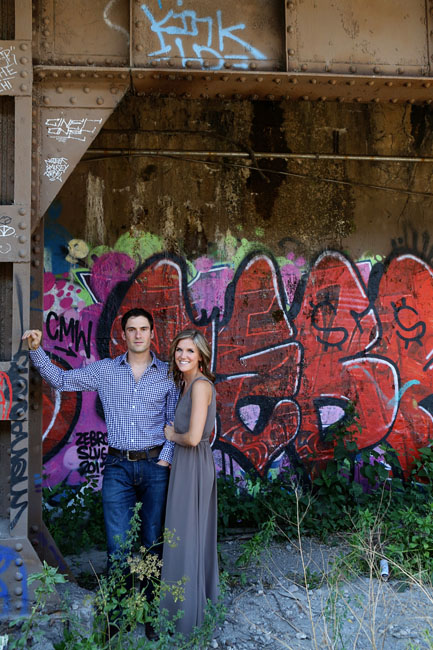 Aren’t they a good-looking couple? I can’t wait to photograph their wedding this September. 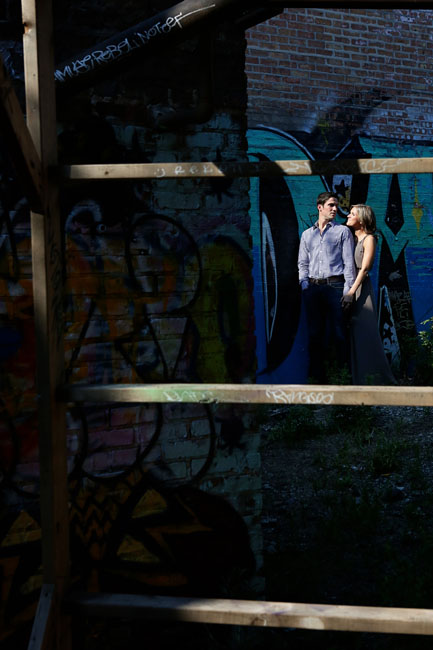 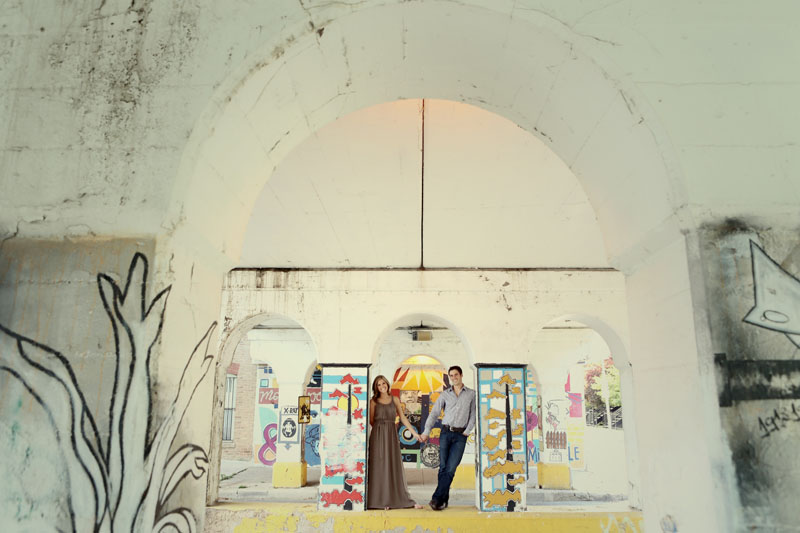 In the meantime, we were having a great time checking out all of my favorite Chicago backdrops. 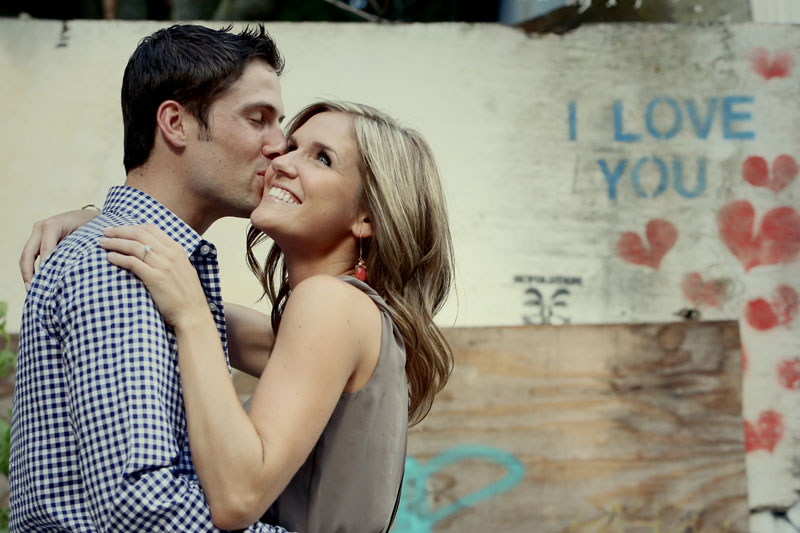 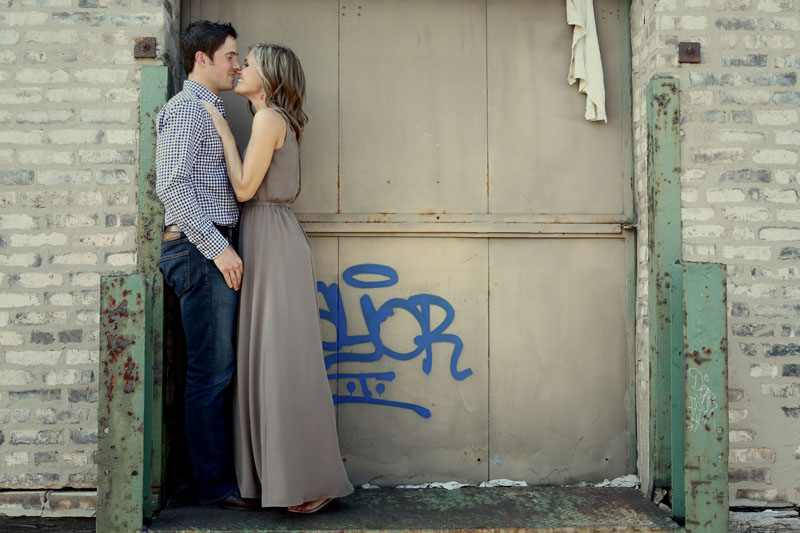 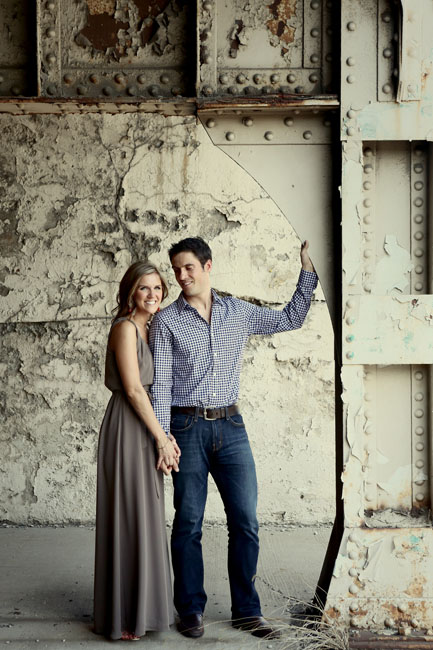 Kristen and Rob were real troopers, following me around as I dragged them through the city. 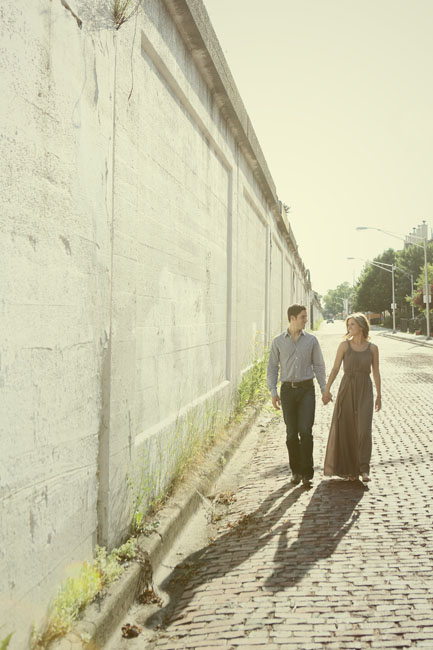 Since we were in the neighborhood, I thought I’d take a chance and see if we could catch a train. 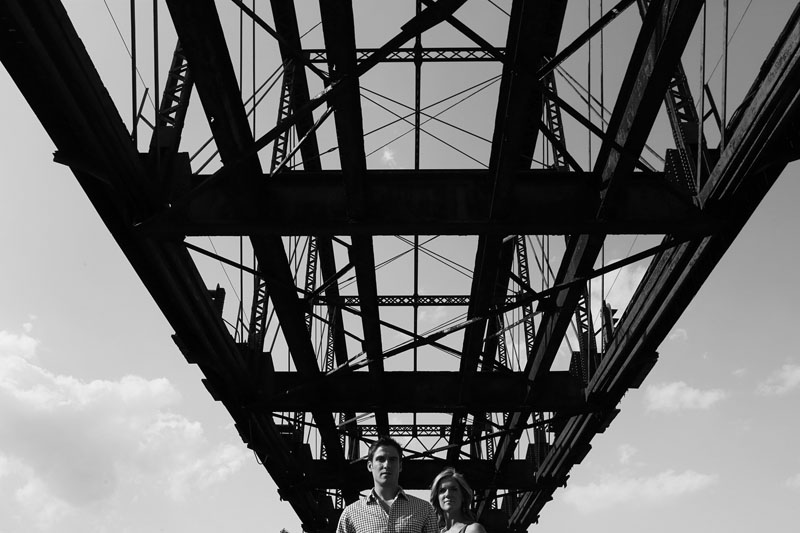 We were in luck! 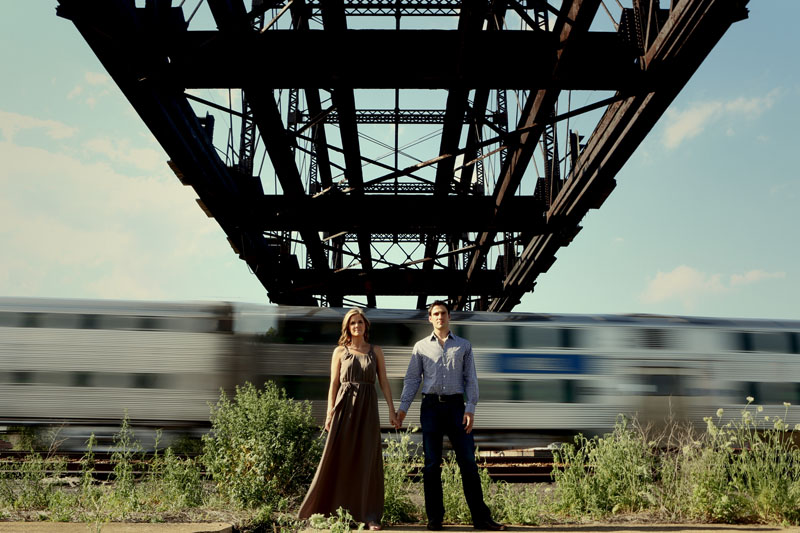 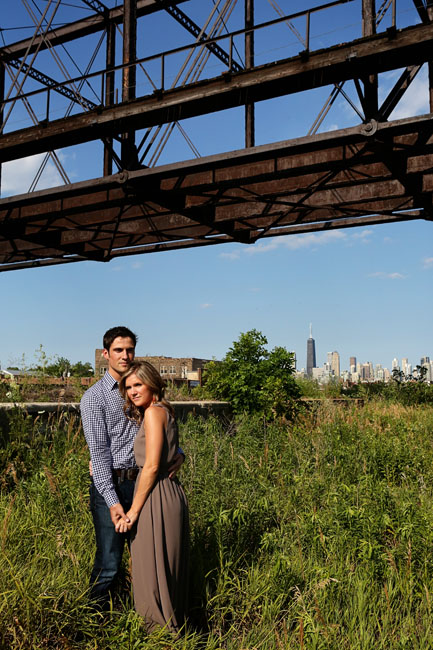 We wrapped up the train yard photos, then Kristen and Rob snuck away for an outfit change. While they were away, I snapped a picture of this pretty little flower that was growing up through the rock. 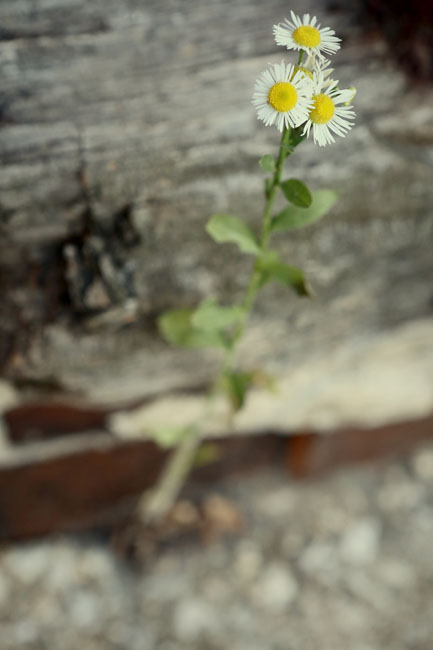 Outfit change, check! We hit the pavement some more, checking out my favorite urban haunts. 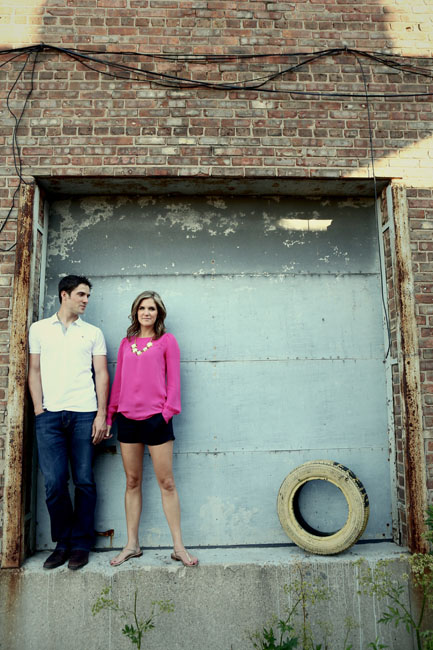 I think this photo is the cutest. Kristen and I let Rob rest his feet for a moment, then it was on with the show. 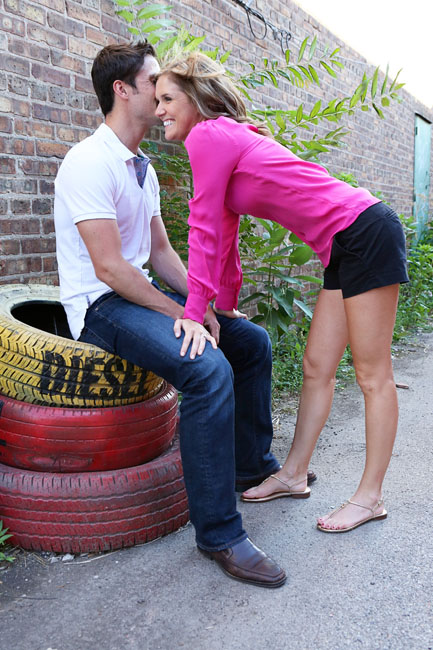 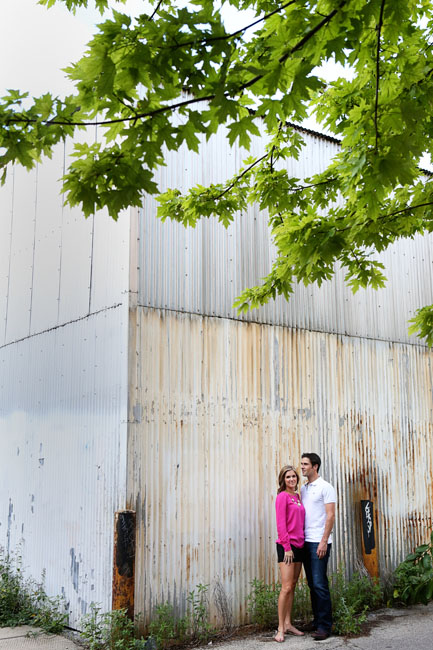 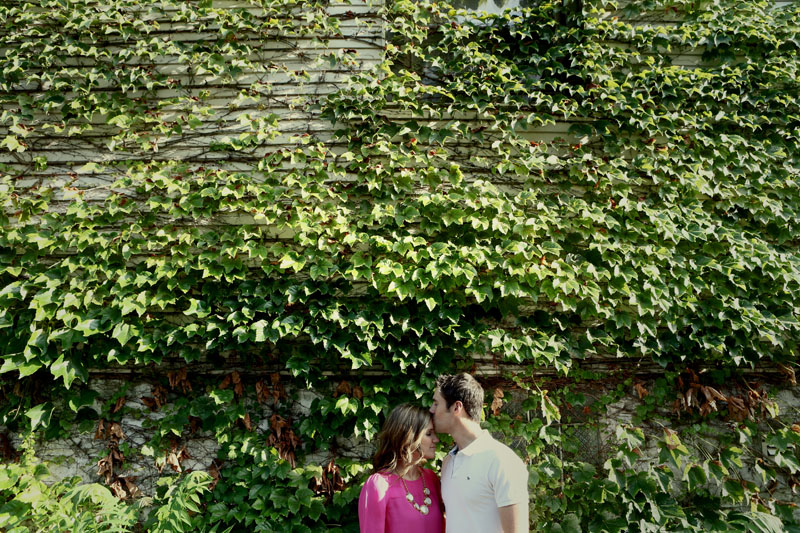 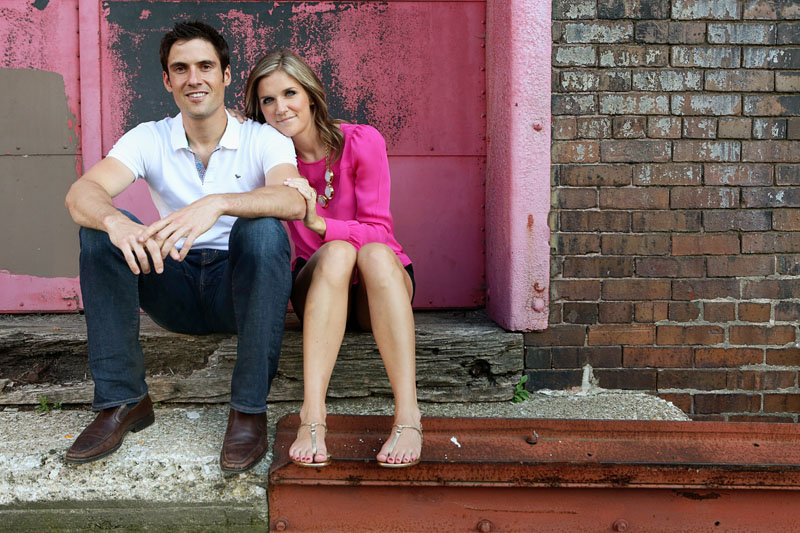 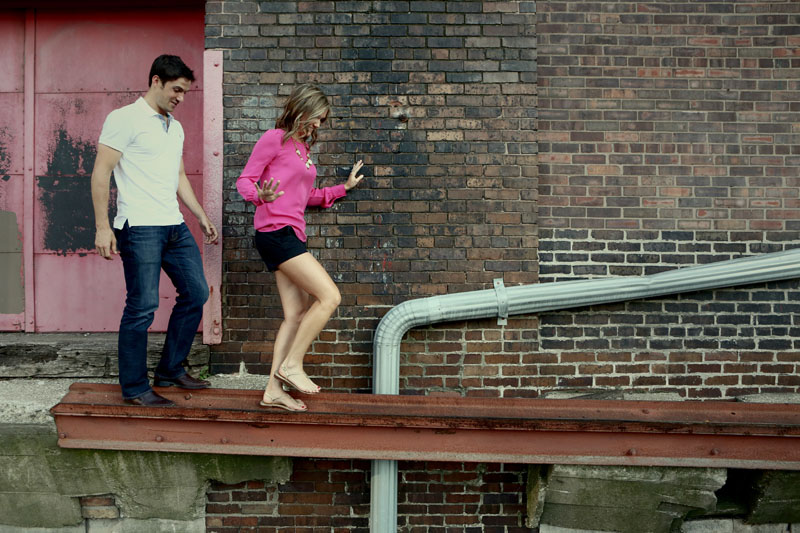 The three of us ended up at this spot by the Chicago river… one of my favorite skyline views. 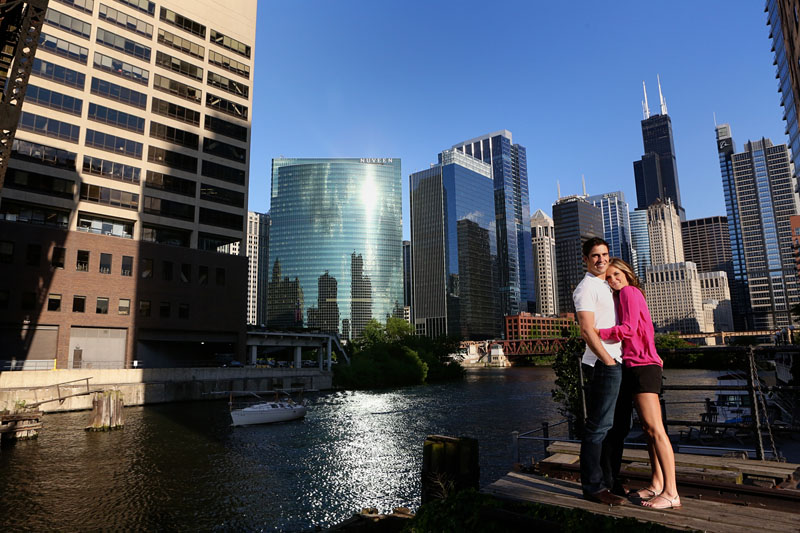 And this handsome guy is Tugboat! He’s Kristen and Rob’s best buddy. 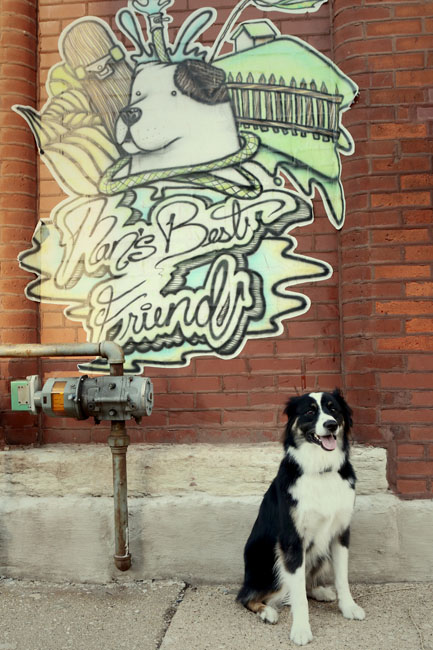 They say Tugboat looks very panda-ish, so he posed for us in front of this painting. I see the resemblance. 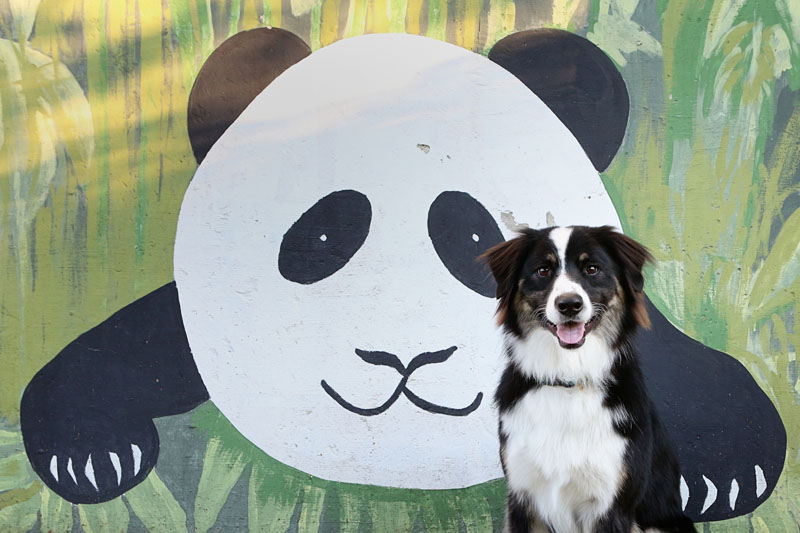 I had a great time photographing you, Kristen, Rob and Tugboat! I can’t wait to see you again at your wedding this September! 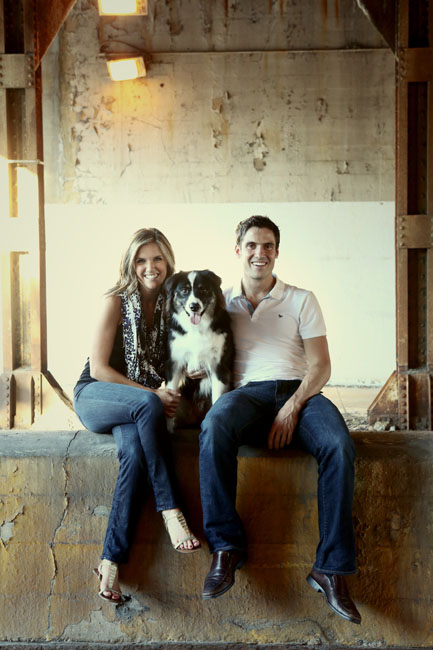