Marni was turning one! This cutie was having her 1st birthday party in the house her mom grew up in and all her friends and family were going to be there. I was excited to be a guest, too, as I remember Marni from when she was just five days old. I was really looking forward to seeing Marni (and her mom and dad) and seeing what kinds of surprises they had in store for the party.

The theme of the party was “Marni’s Presidential First Birthday”, and seeing as this is an election year, it was very appropriate! 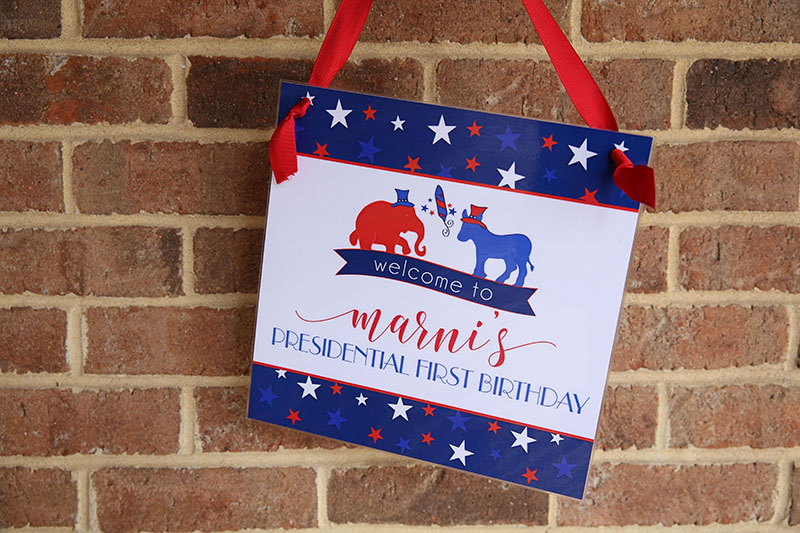 There were red, white and blue decorations everywhere… 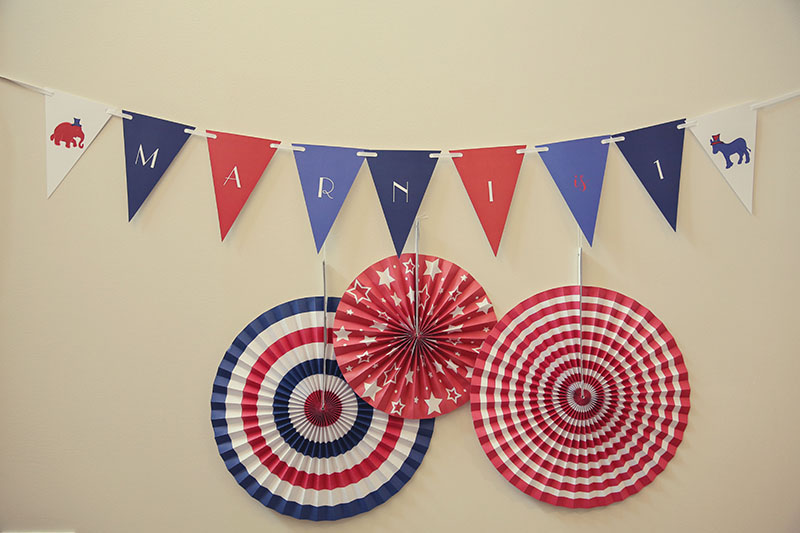 …and masks of their favorite commanders-in-chief to play around with. You know I couldn’t wait for the guests to get silly with these! 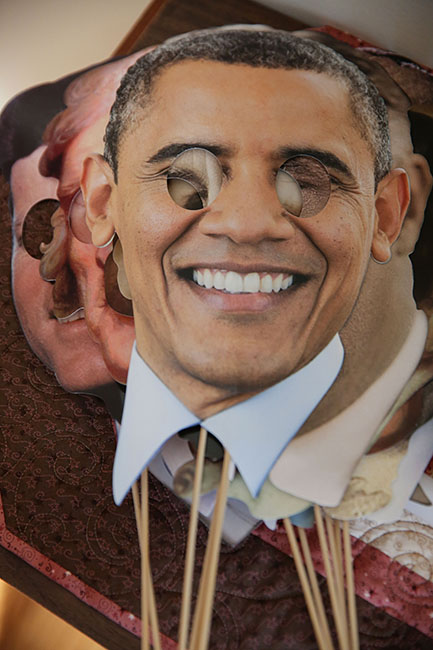 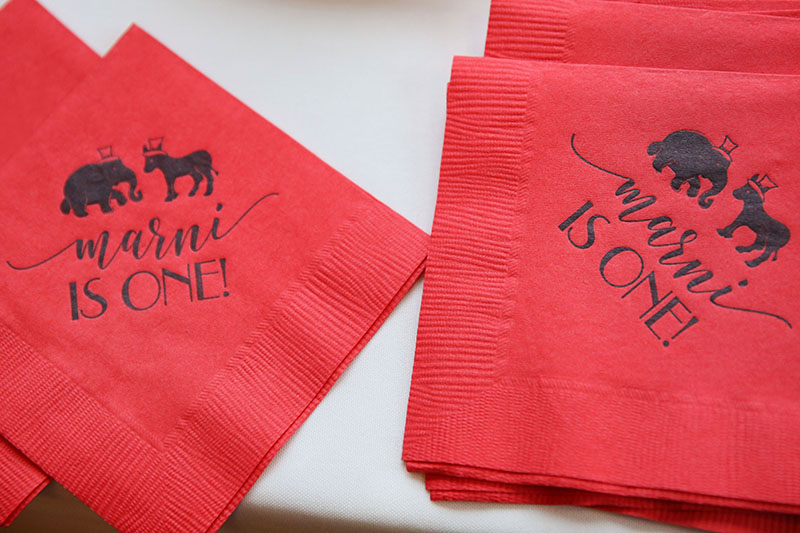 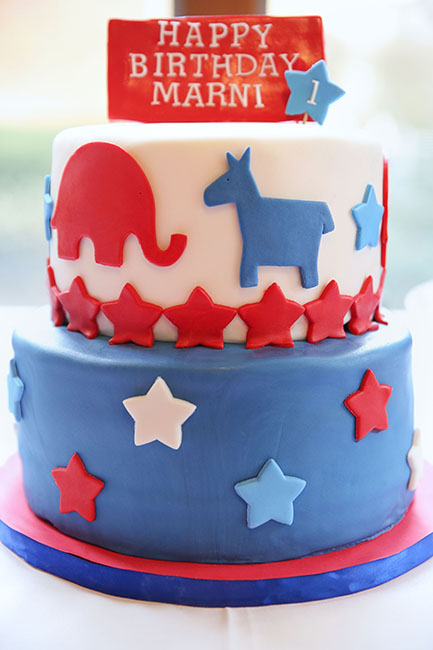 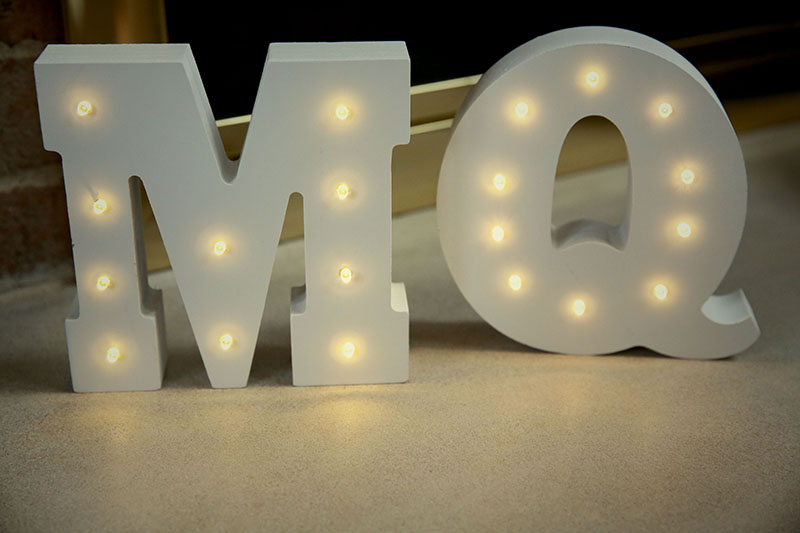 Heidi and Jeremy, Marni’s parents, had their brothers play secret service. They were charged with making sure Marni had a good time at her first party. 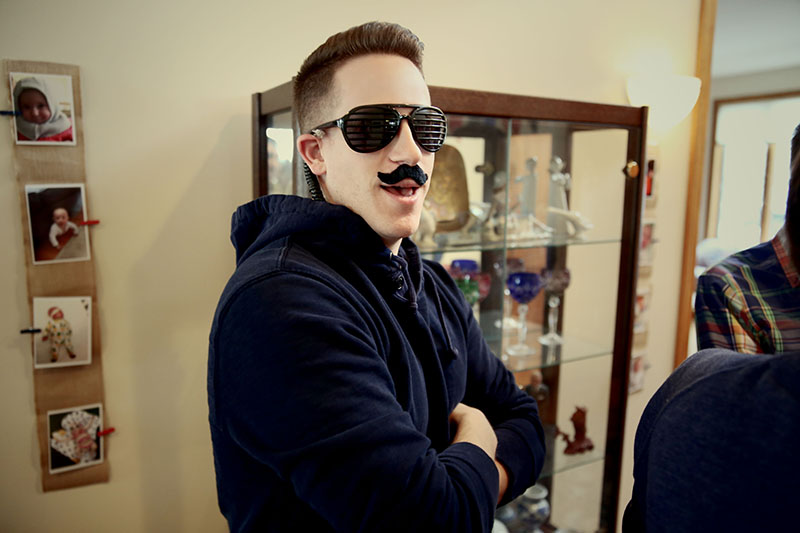 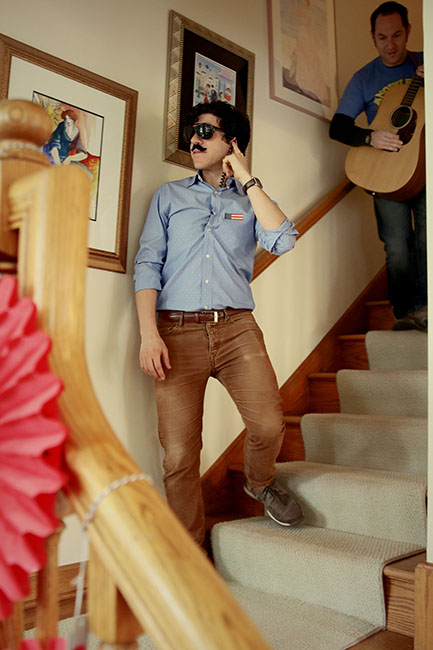 …the birthday girl was making her entrance! She had a full entourage down the stairs– she even had a guitarist on hand to serenade! 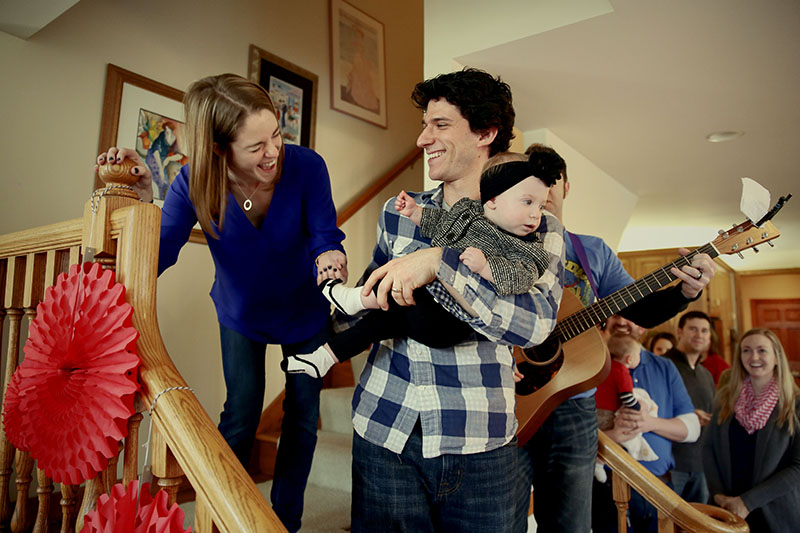 Hail to the Chief! 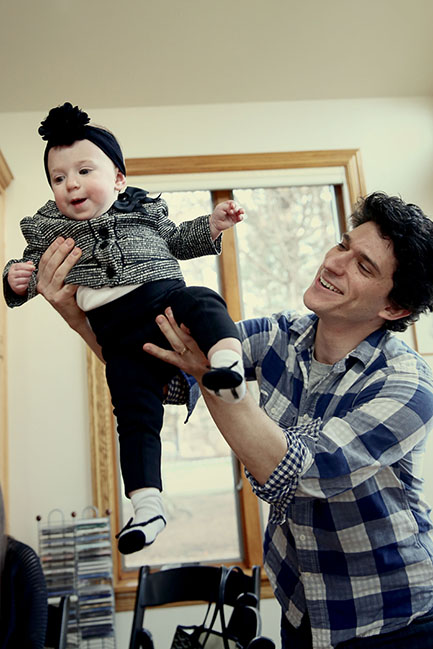 Marni greeted her constituents then settled in for a performance. 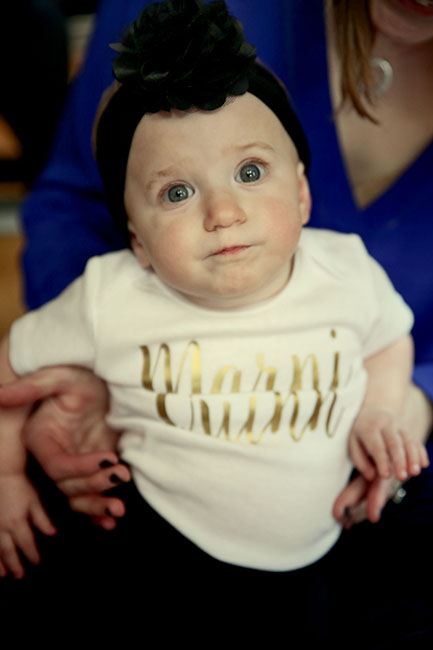 There were lots of wiggles and giggles as the partygoers listened to the music. 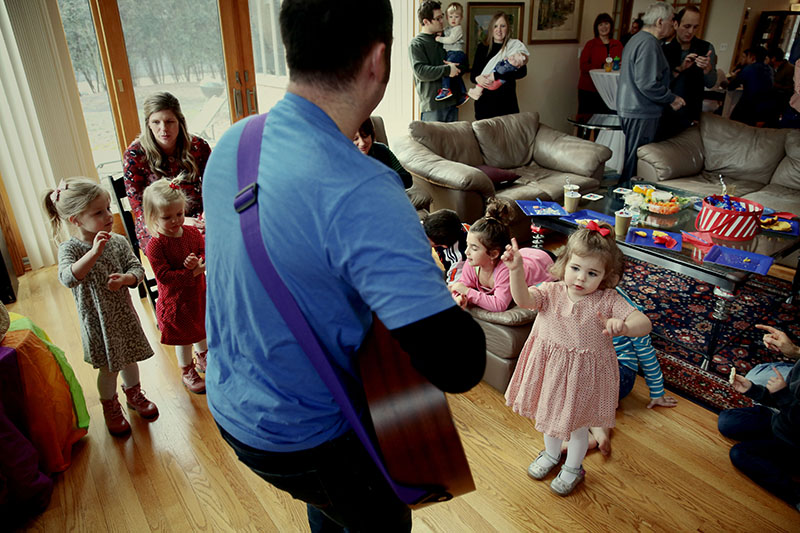 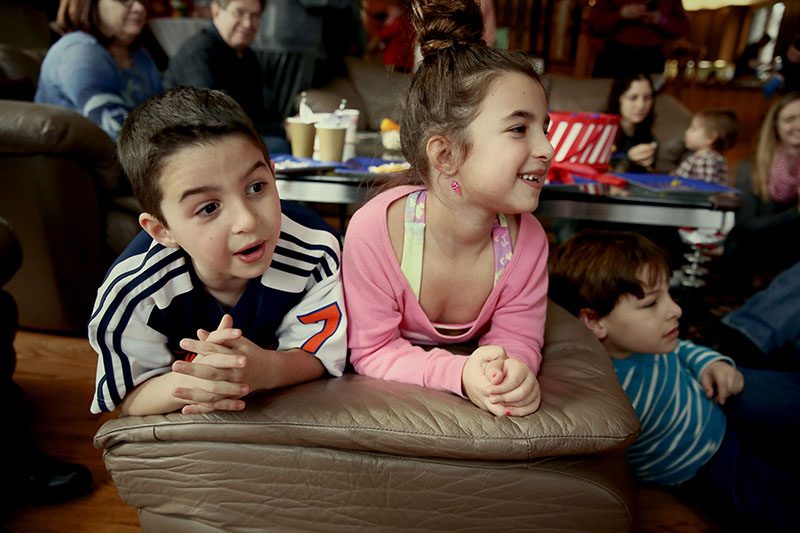 This little one was loving it! 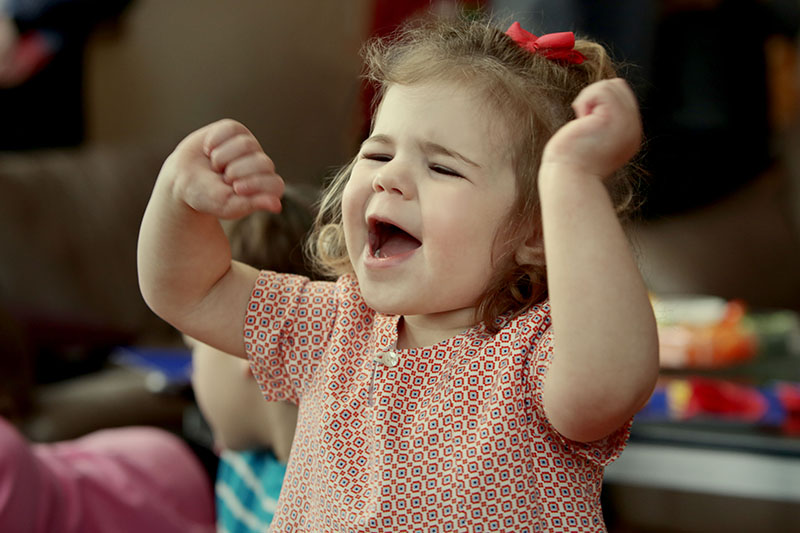 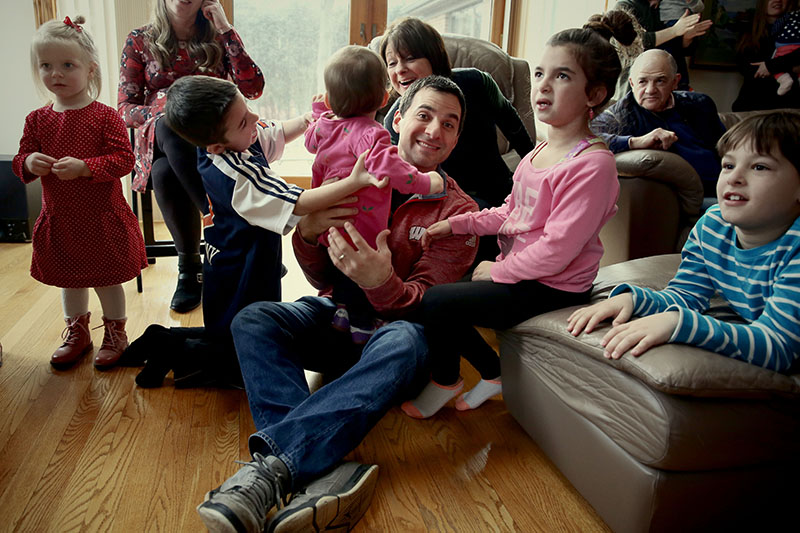 There were lots of hugs, too. 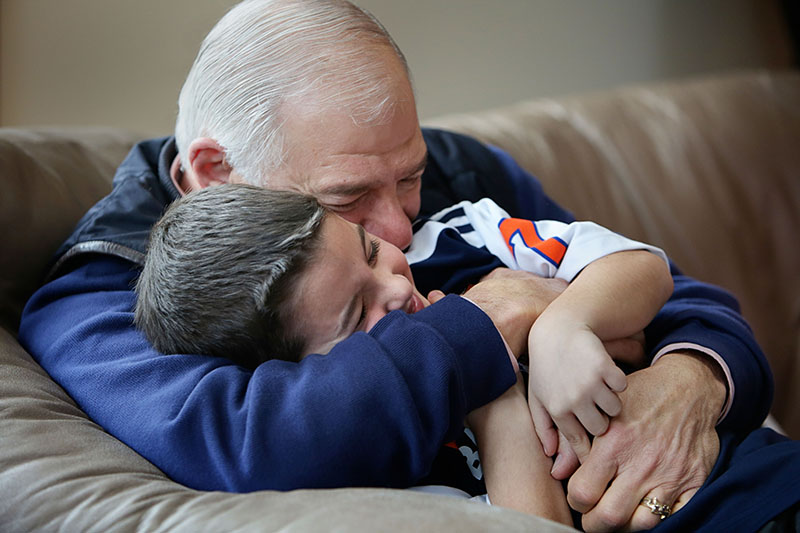 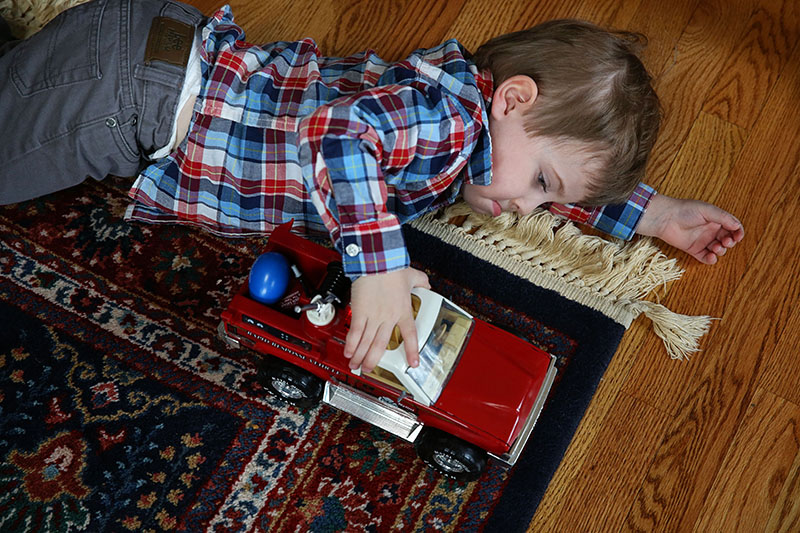 Things really got crazy when the drum came out. What a blast! 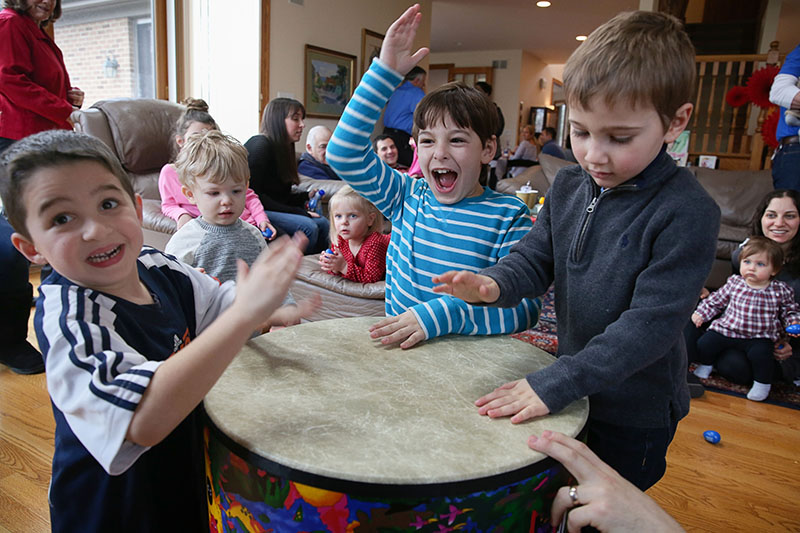 When the performance was over, Marni was given her first taste of cake. Mom and Dad watched in astonishment as Marni dived in. 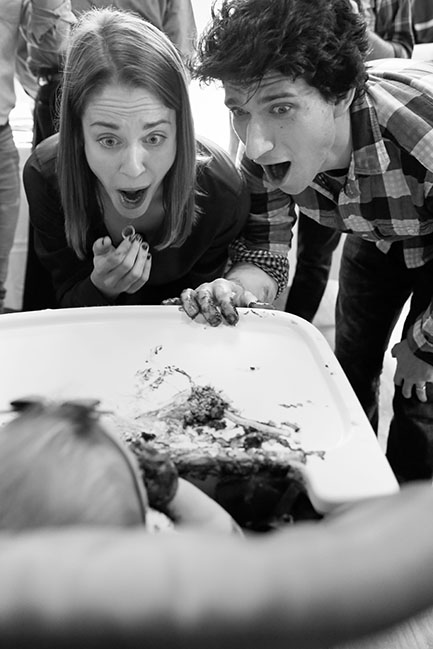 I think Marni’s a fan! 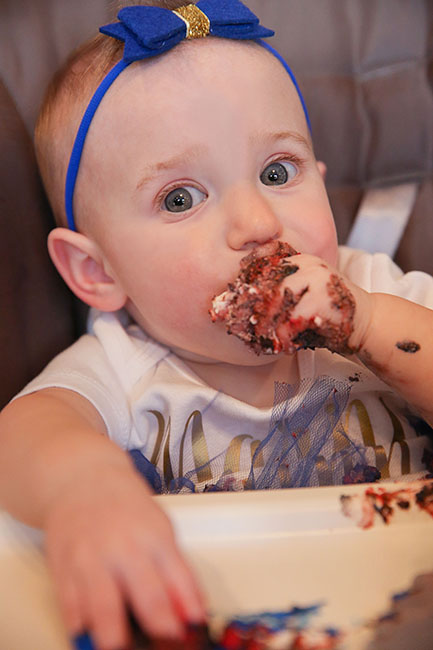 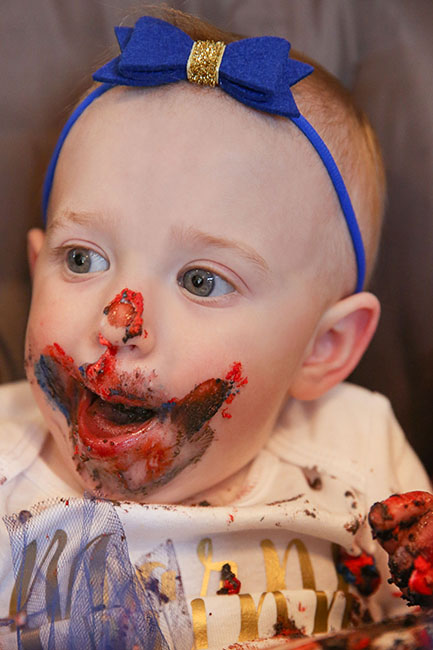 Messy birthday cakes are the most fun ever. 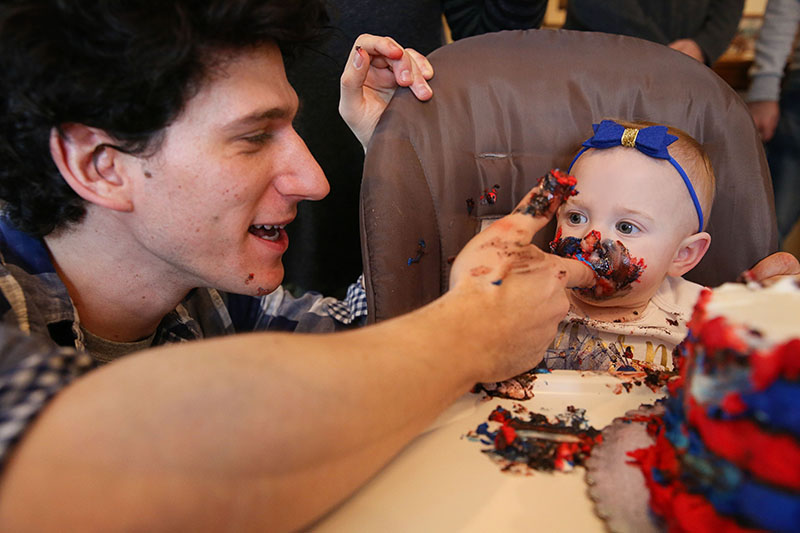 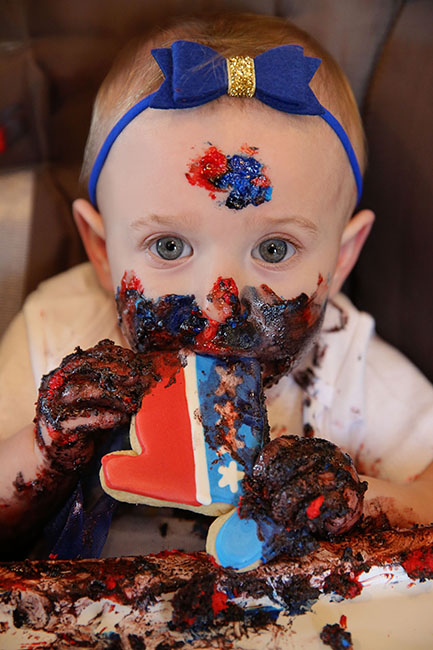 “Four score and seven bites of cake ago, Marni’s partygoers declared this to be a most excellent party!” 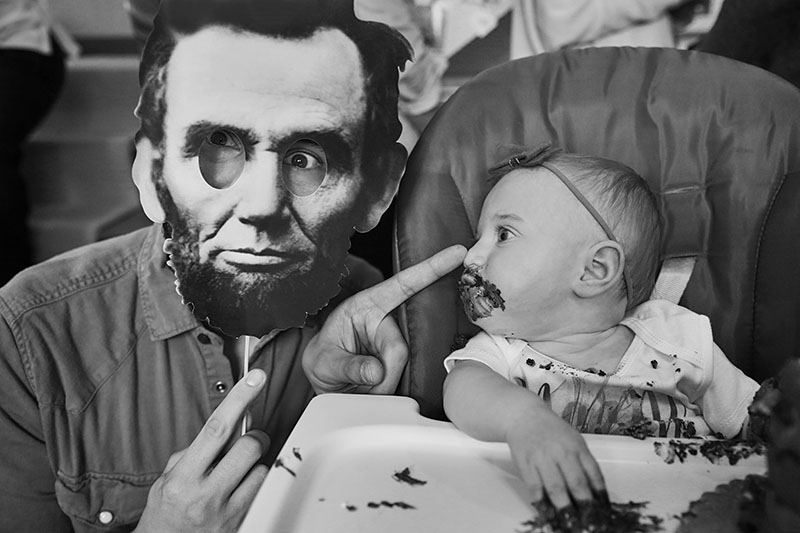 When Marni was finished with her cake, it was time for the tub. Maintaining a clean and tidy appearance is important for a candidate! 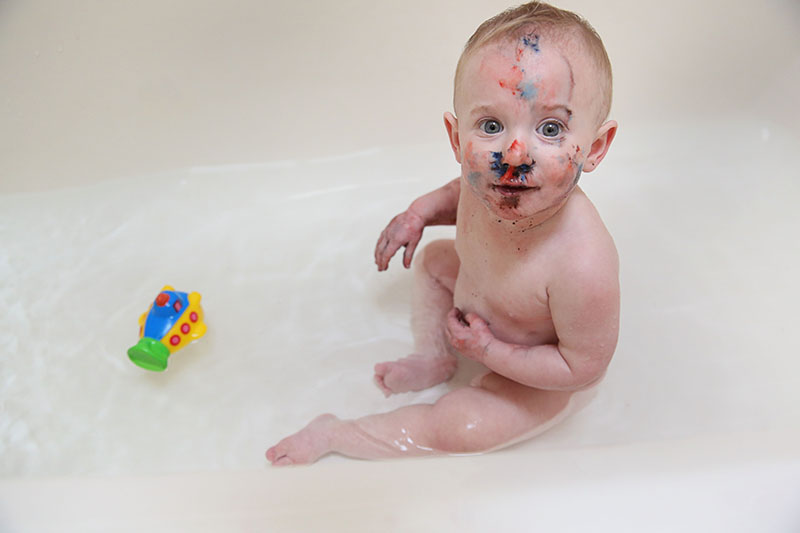 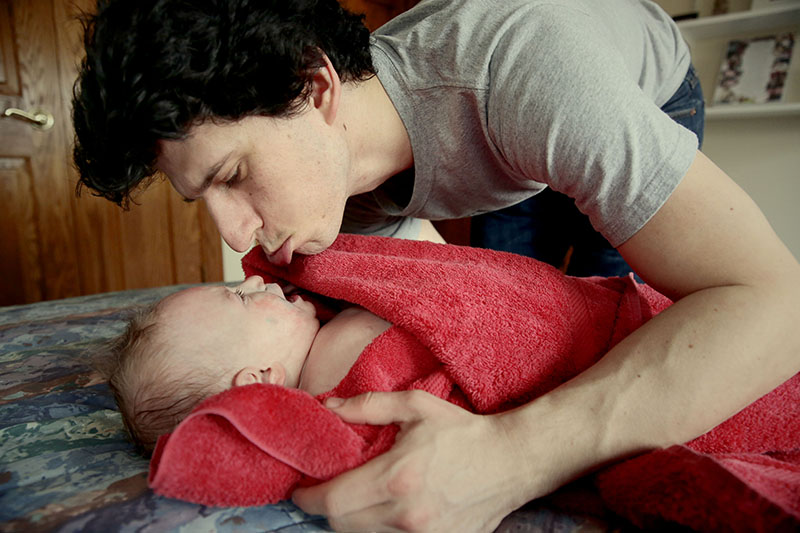 What a happy baby. 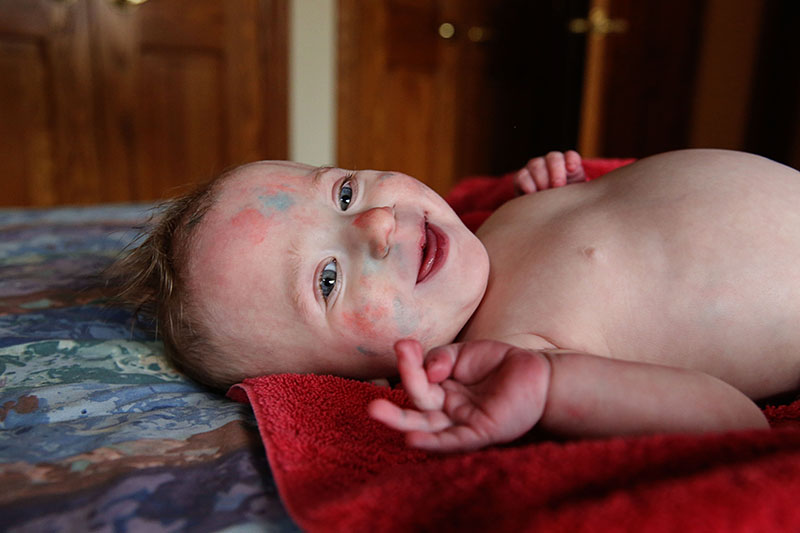 Happy first birthday, Marni! I hope to see you again many times as you continue your run for the presidency. Can I be the official photographer for the Marni for President in 2060 campaign?