It was a hot, steamy August afternoon when I visited Starlight and Jeff for their engagement session. I met up with them in Jeff’s north suburban hometown and we began our photo shoot in a nearby forest preserve. 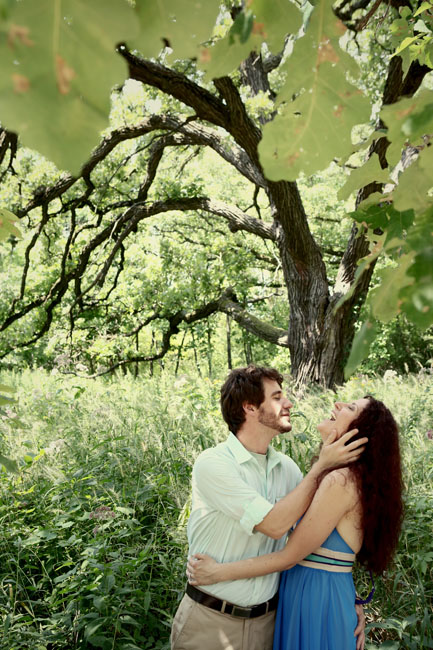 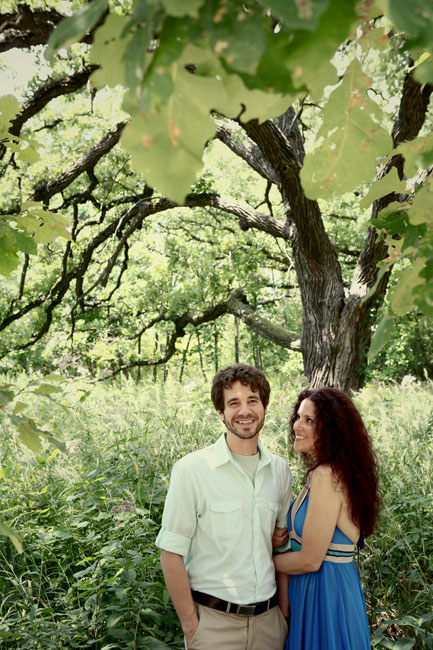 Jeff and Starlight are naturals in front of the camera. 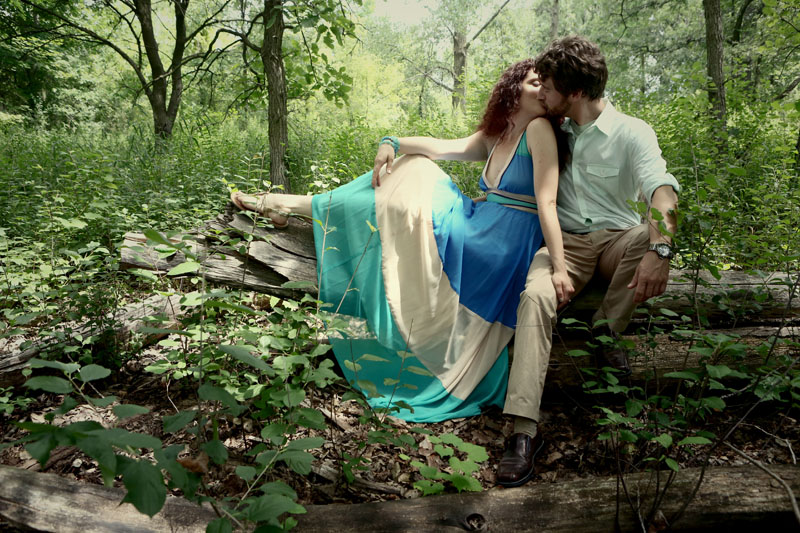 Jeff couldn’t help but show off how much he loves nature! 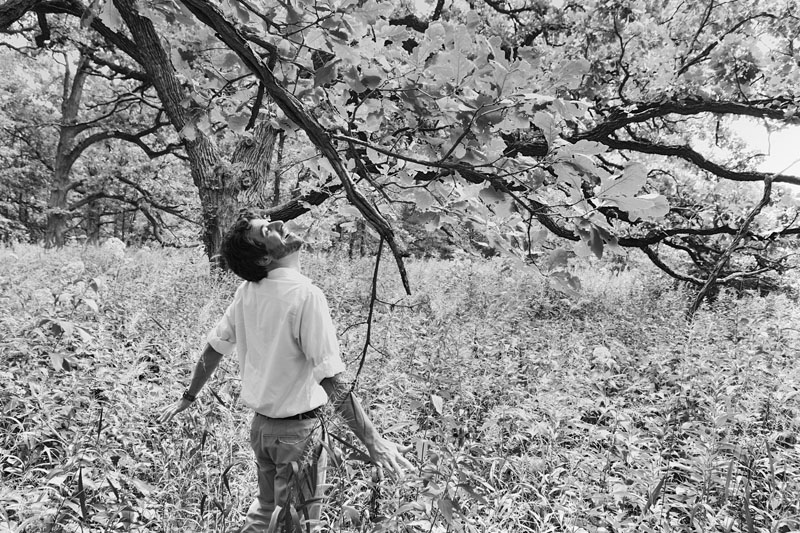 Starlight went in for a quick cuddle… 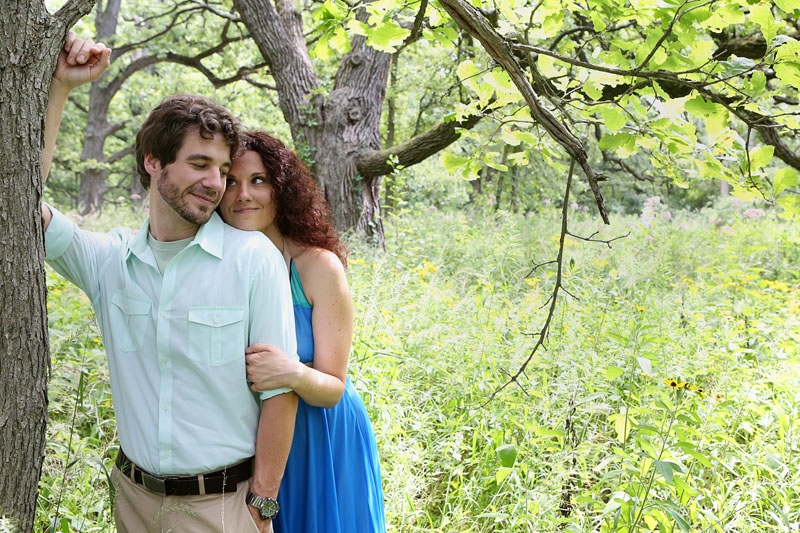 …but I don’t think Jeff was ready for cuddling quite yet. 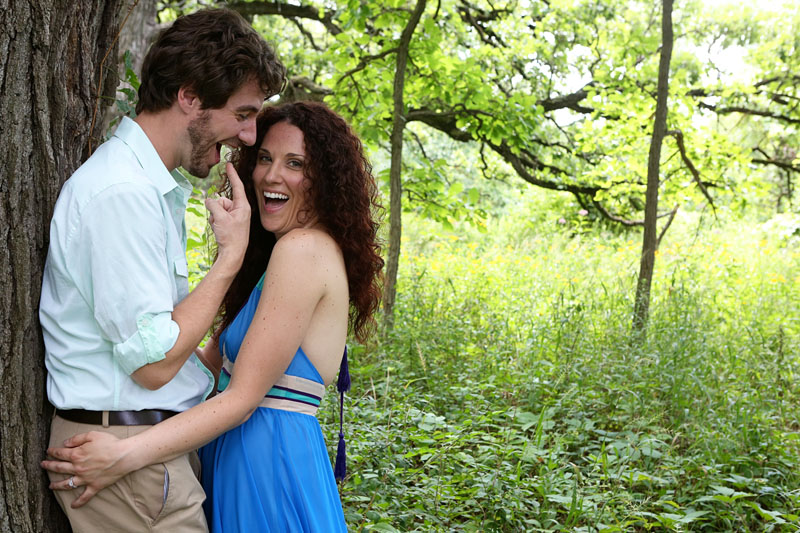 The heat was something else, so we headed to a local hot spot for some respite. 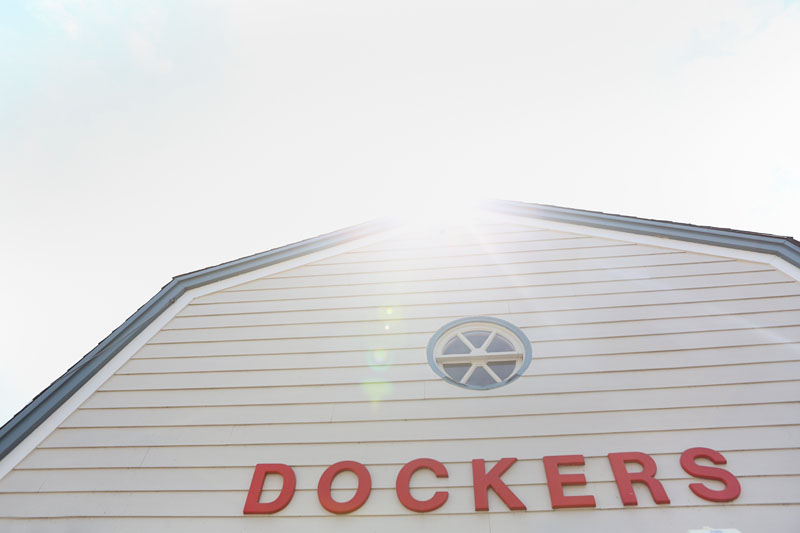 And this is how the bar got the name ‘Dockers’! You know I couldn’t resist sending them out on the dock to chase some birds. 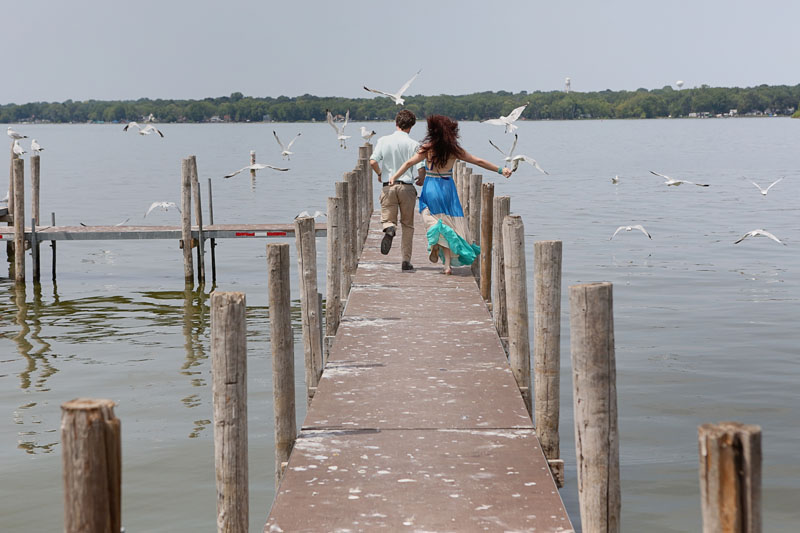 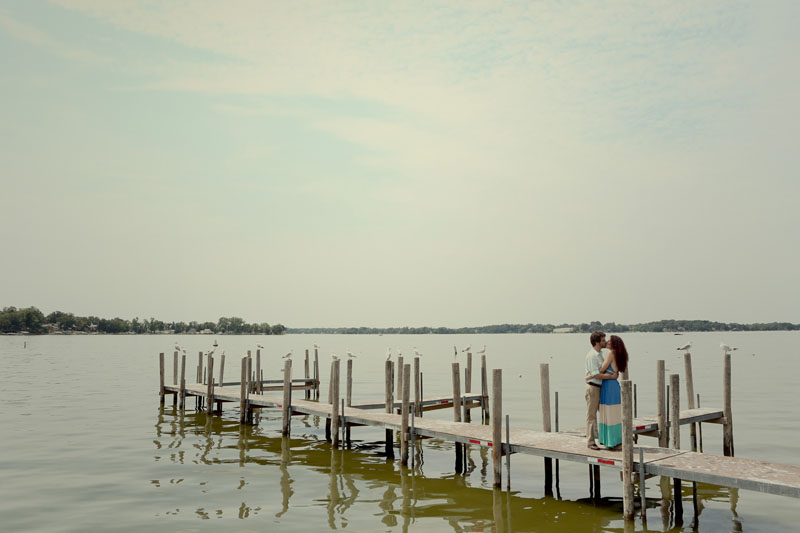 Inside, the barkeep set us up with a couple of tall, frosty beers. 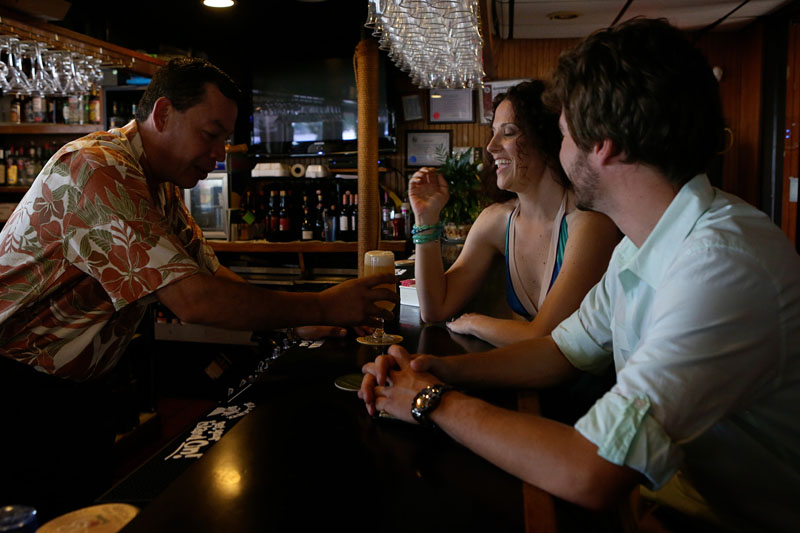 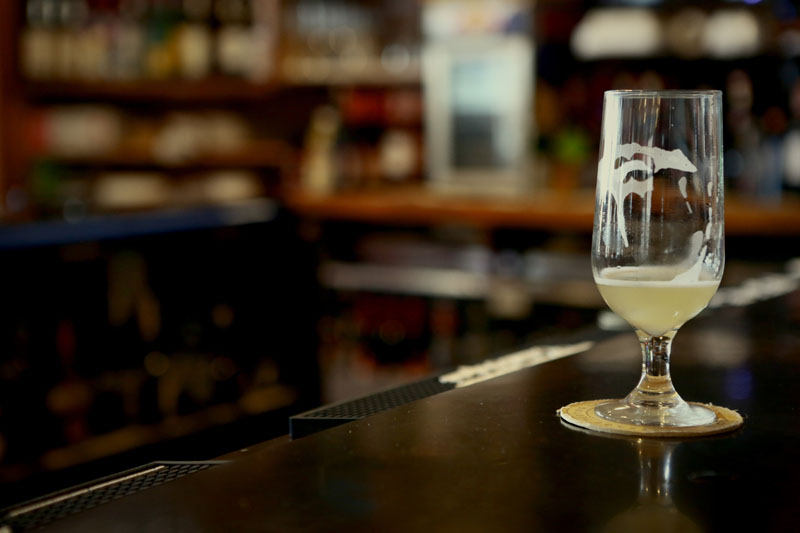 And Jeff ran into one of his high school buddies. 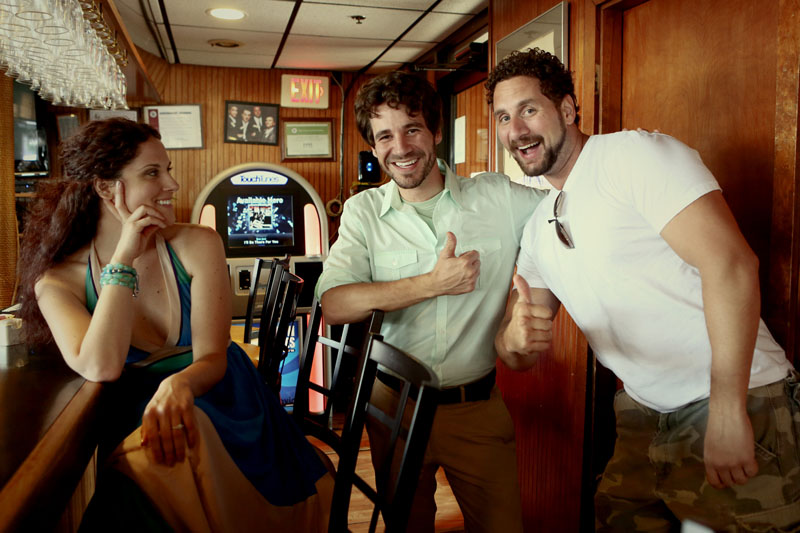 Refreshed, we left Dockers and set out about town to scout photo locations. 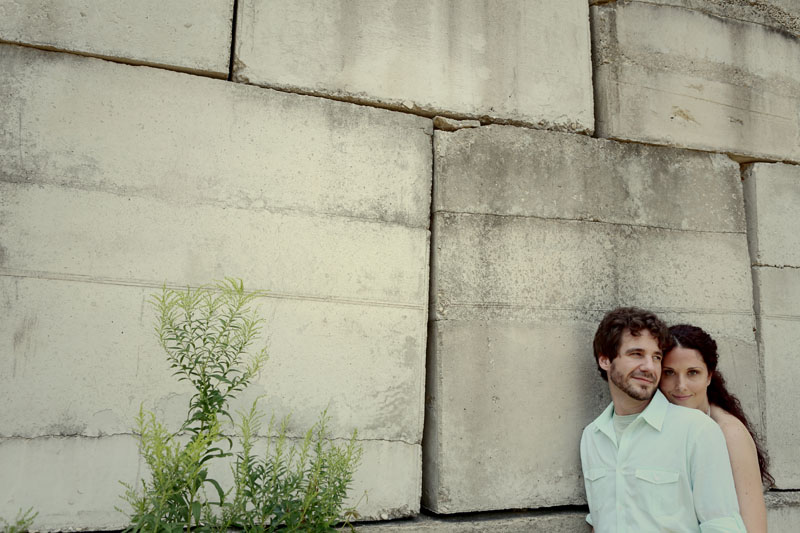 I loved this old, rusted… well, I’m not quite sure what it was, but it looked cool. 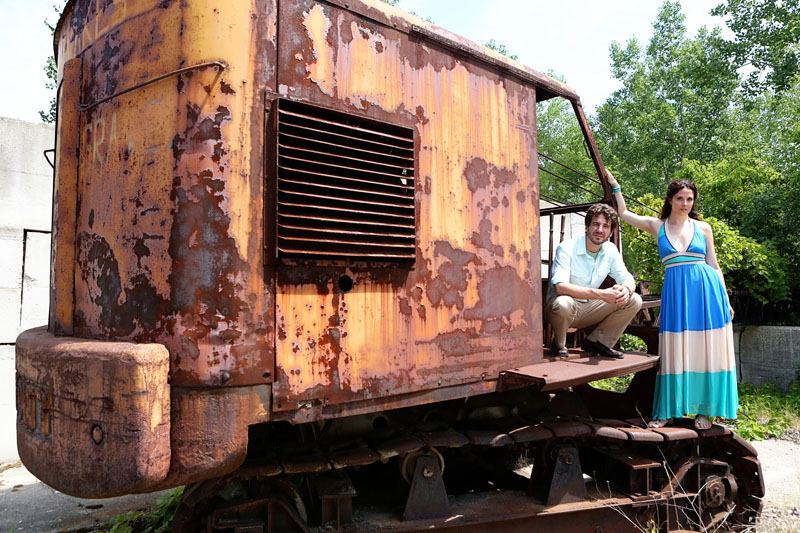 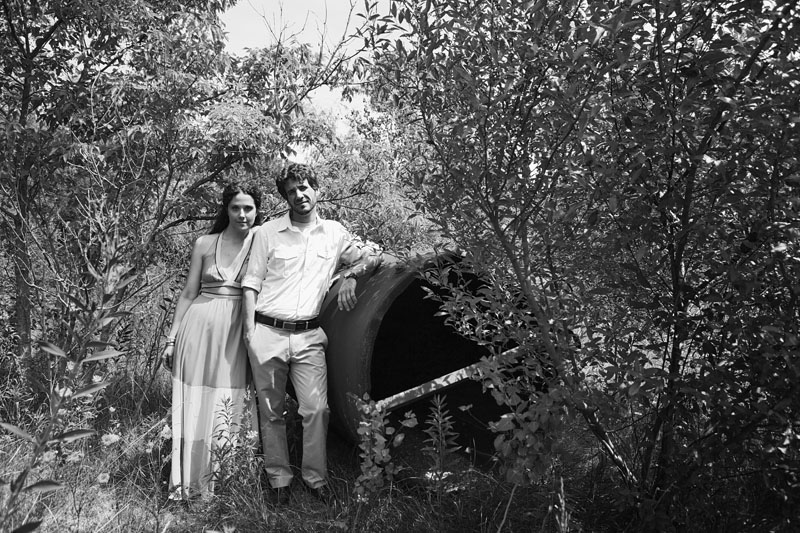 We were having lots of luck, stumbling across several locations that caught my eye. 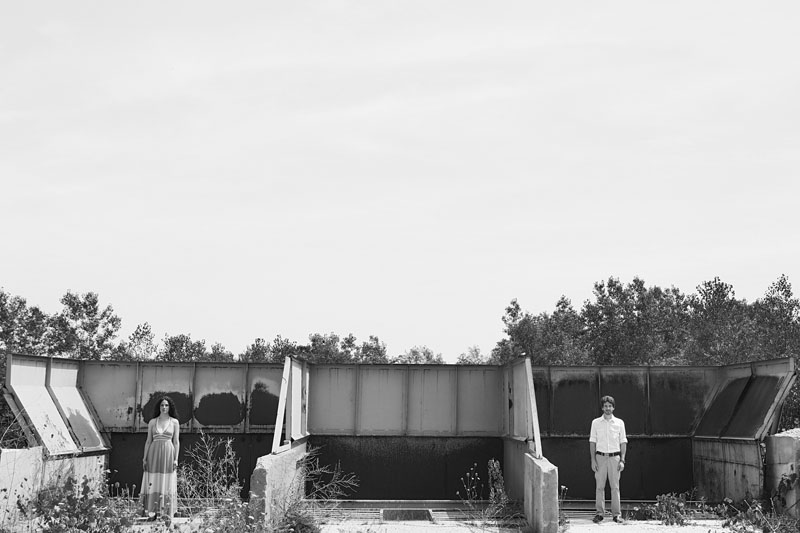 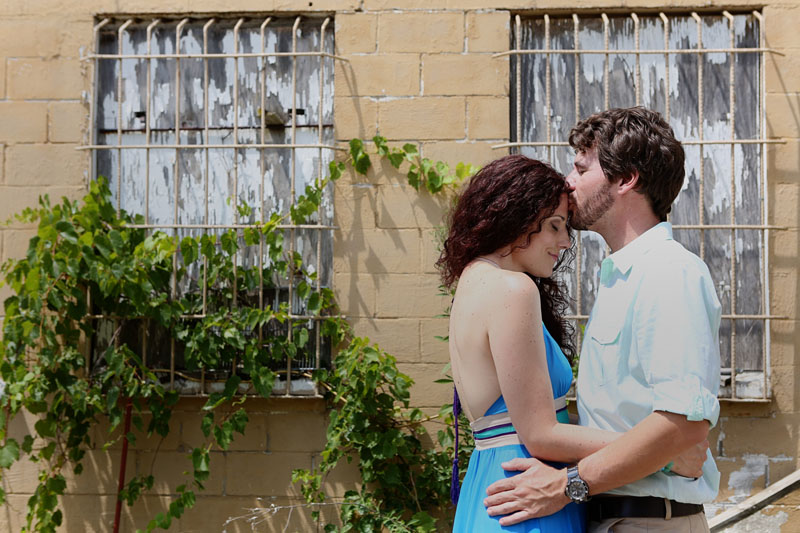 Uh-oh! Cross-town rivals! Jeff’s a Sox fan and Starlight roots for the Cubs. It’s always heartwarming to see a couples in love overcoming such enormous differences. 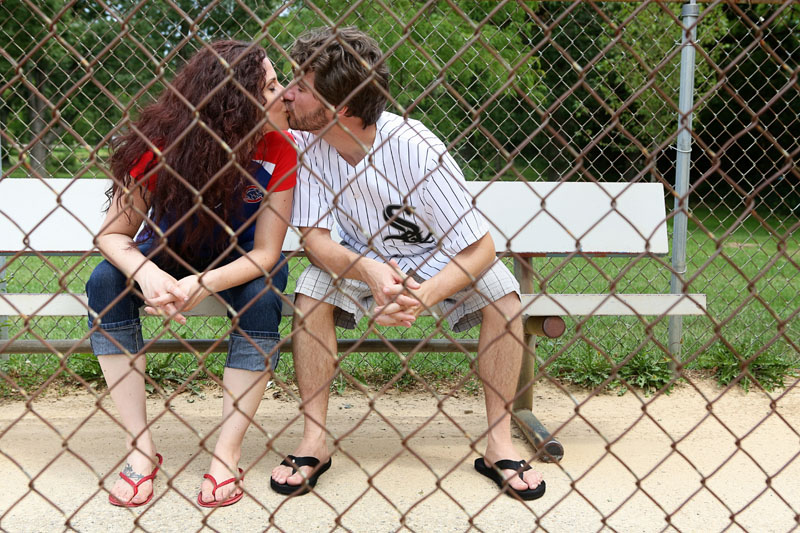 Well, that’s all the invitation I need. 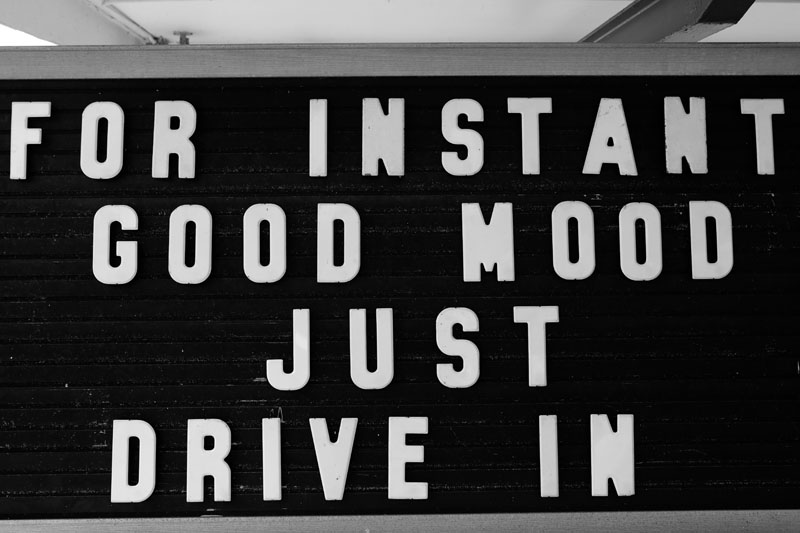 There’s nothing better on a hot summer day than some of Dog ‘N Suds homemade root beer. 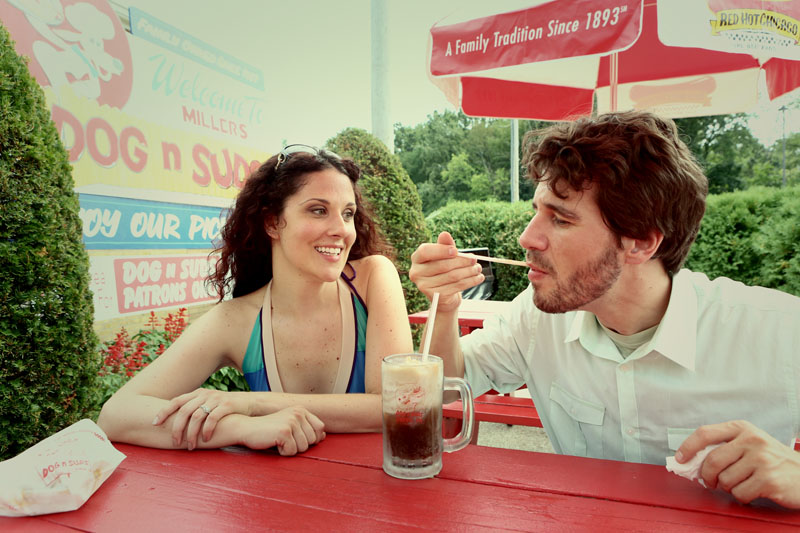 I take that back. The only thing better than root beer on a hot summer day… 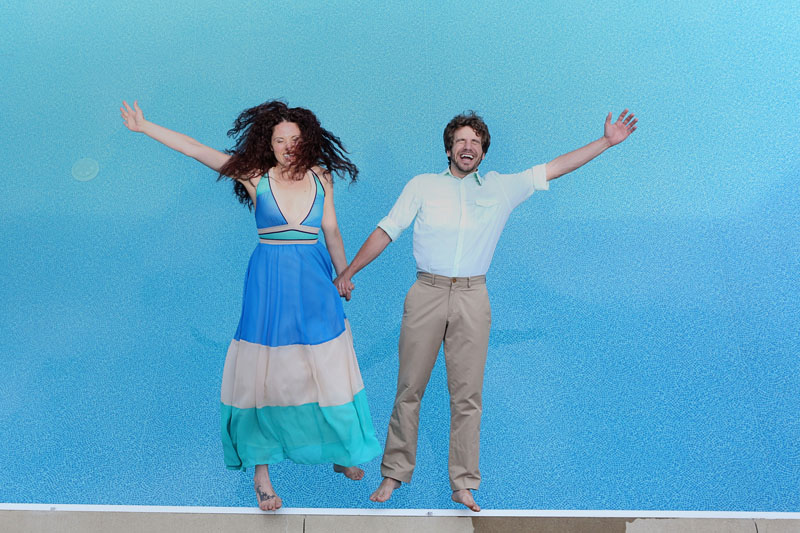 …is jumping into the pool. 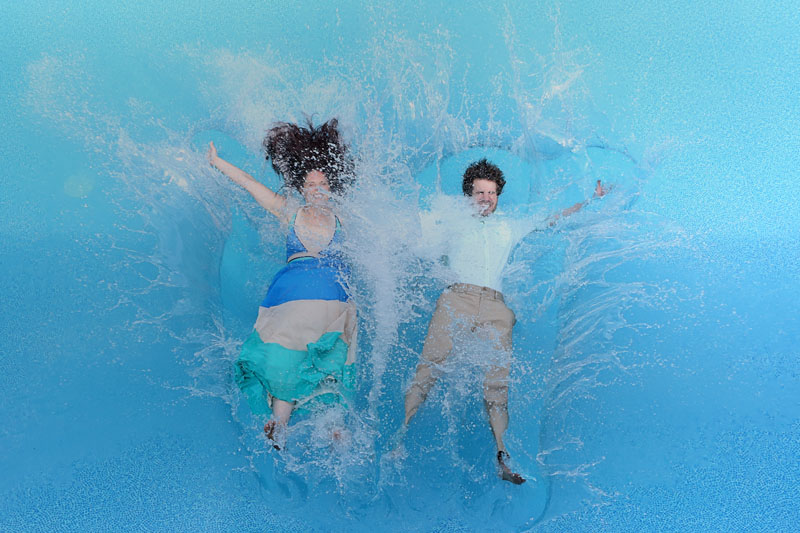 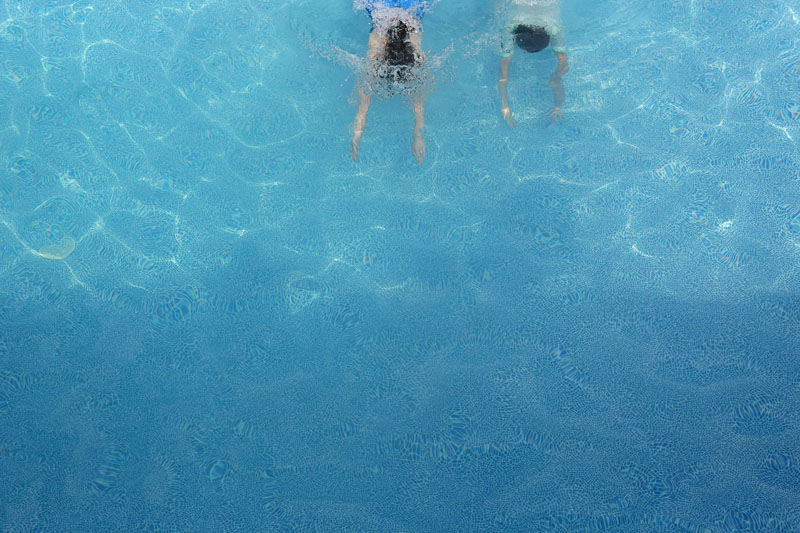 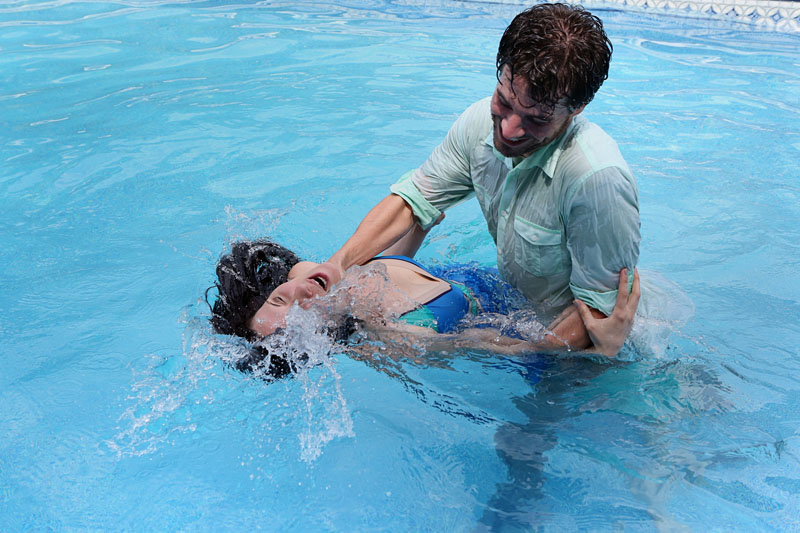 They were having such a fun time splashing around… and I have never wanted a water-proof camera more in my life. 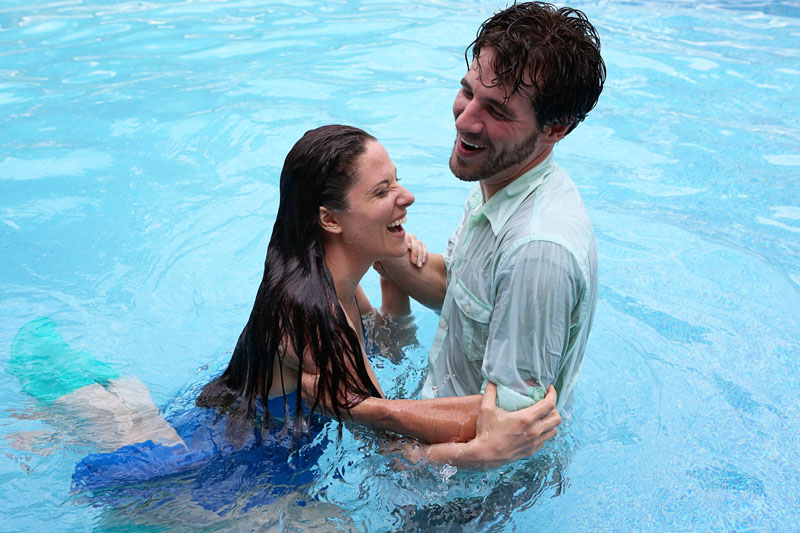 They were soaked, but it sure beat the heat. 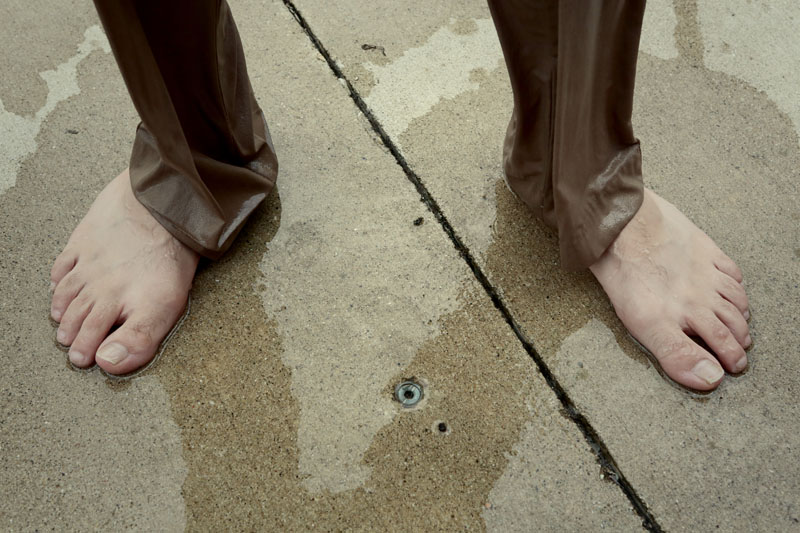 I convinced Jeff to pretend to towel-snap his fiancee. Don’t worry… he didn’t go through with it! 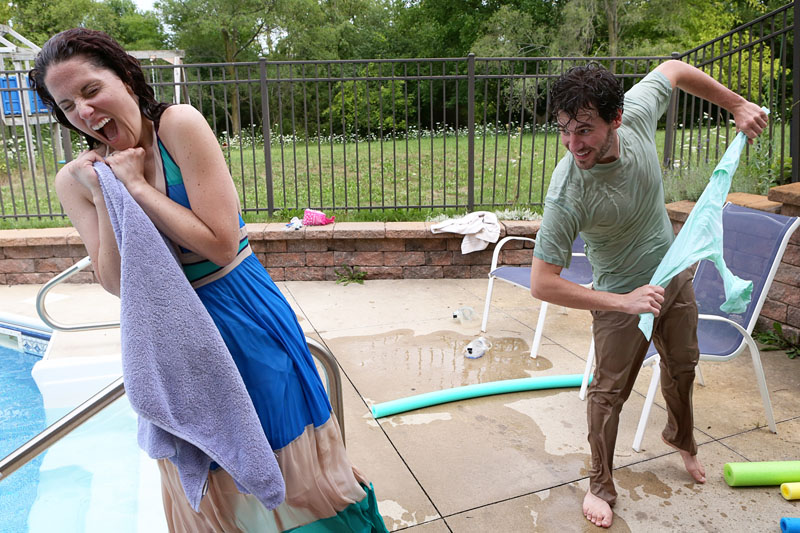 Thanks for a fantastic afternoon, Starlight and Jeff! I’ll see you again this October for your wedding! 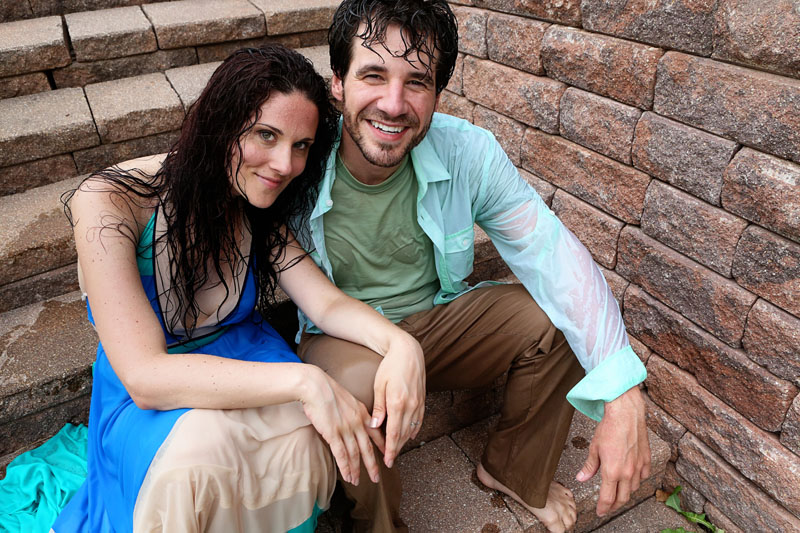